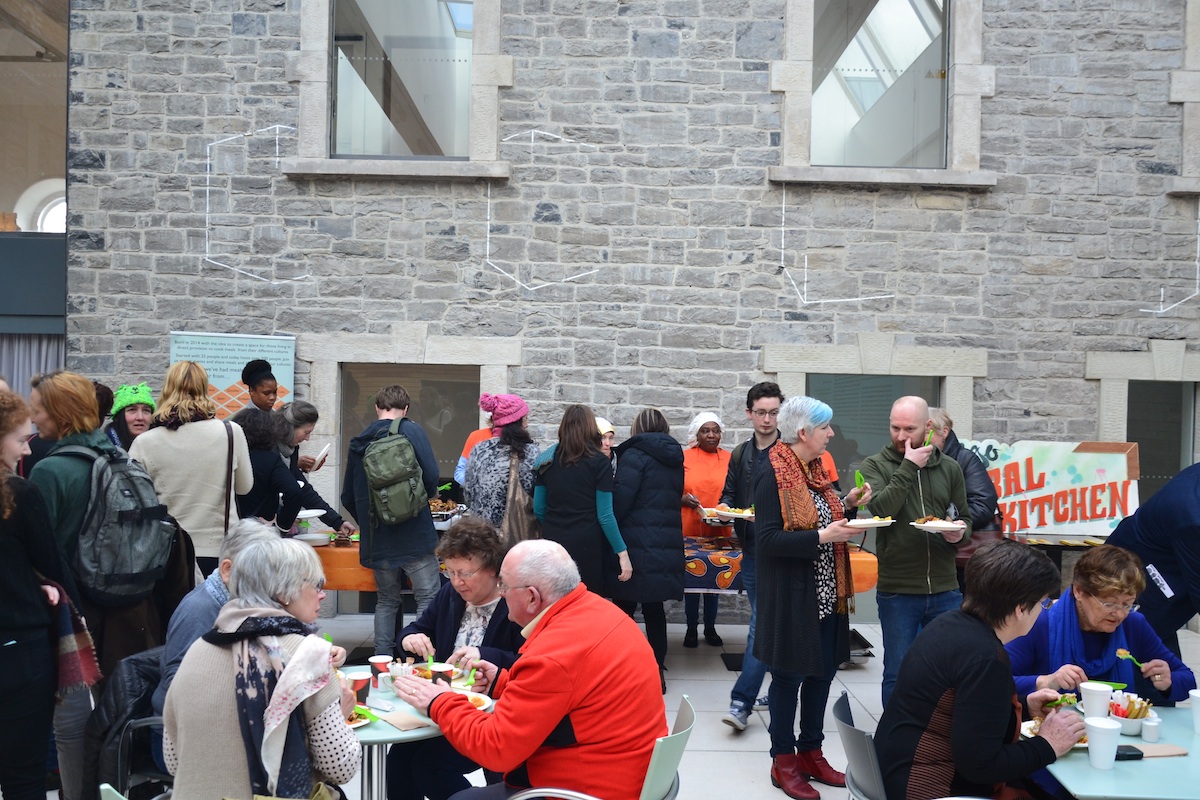 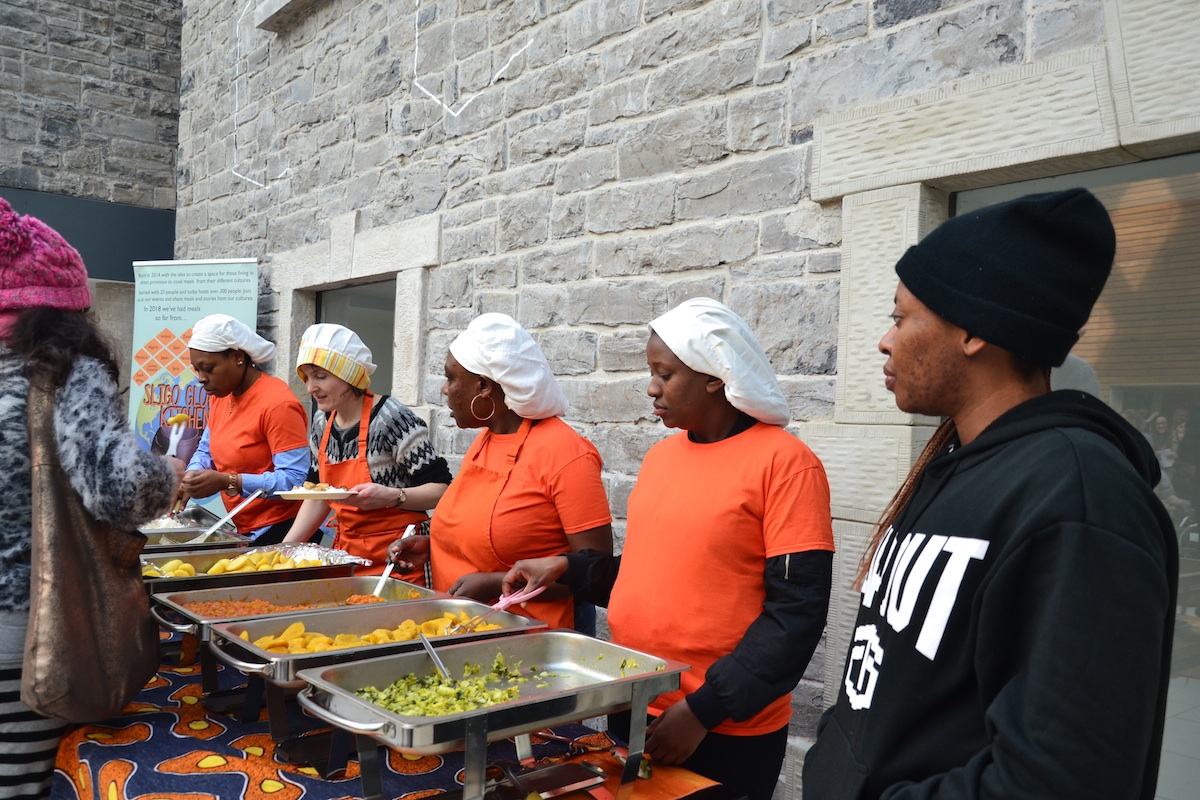 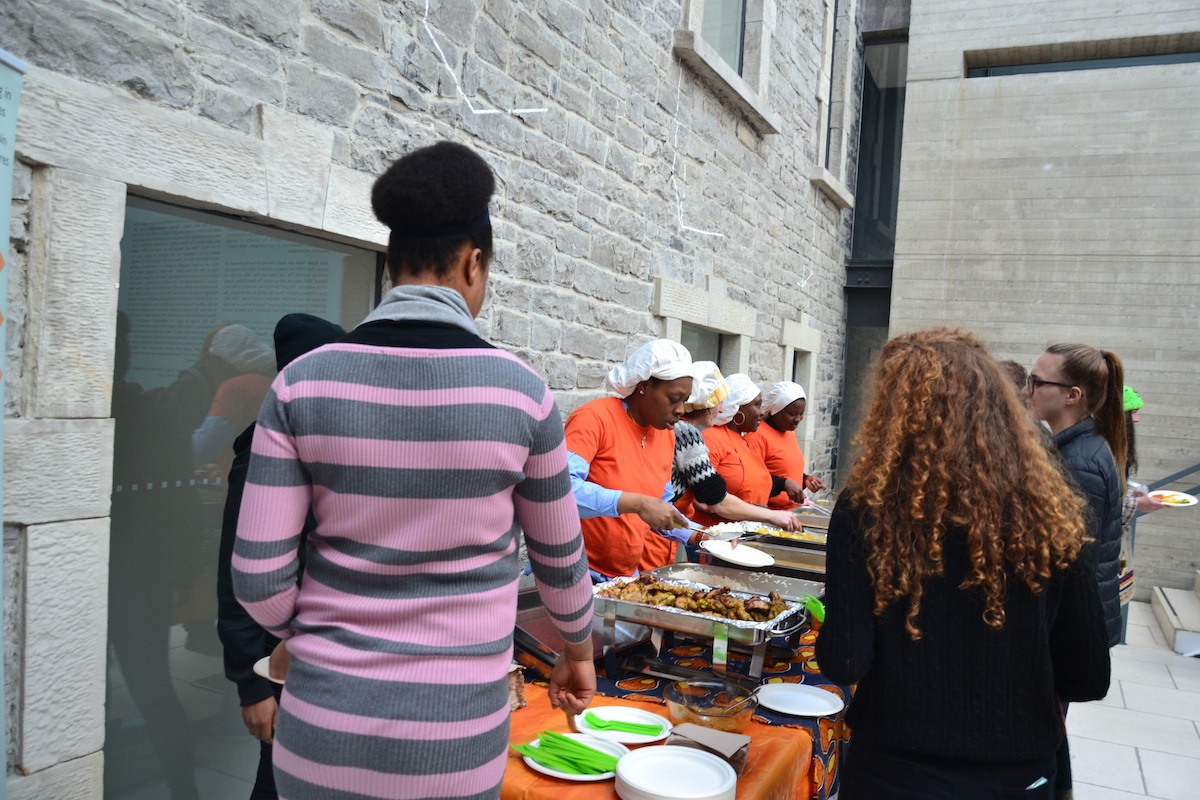 The Only Refugees Here Are Serving The Food

In the meantime we are all at the elast-o-plasts, plugging wounds, unable to halt the inflicter of the injuries. But we keep on plugging a way.

On March 8th my partner and I attended the Turbulence Symposium at The Model in Sligo. This was to coincide with and, presumably, ‘shake up’ and address the current exhibition in The Model gallery but it was my faith in the revolutionary power of Art that was shaken. Instead of riding a wave of affirmative activism directed at the current world refugee crisis, we both felt somewhat contaminated; involuntarily tainted by our participation in the ritual performance of the Symposium event.

Our discomfort arose not only because of the old format of faux coffee table ‘concerned conversation’ theatre laced with long words and provocations, but more so because of a grave absence, a lack for which I cannot see justification: the actual presence of any bona fide refugees. To be sure, there were very moving documentary images of rescues and catastrophies in the Mediterranean Sea on the big screen, archival images of refugees throughout the twentieth century, and images of young men in grey blankets which almost made poster boys out of rescued African migrants and their makeshift living spaces. It may be an inevitable outcome but the photographic image, digitally mastered, tends to aestheticise the subject and safely distances the viewer.

There was also food and refreshments – appropriately enough as Symposium comes from the Greek ‘to drink together’– which was provided by the Sligo Global Kitchen, an ongoing Model outreach art project by which it is intended that residents of Globe House Direct Provision Centre in Sligo can cook their own cultural menus – something they are not normally at liberty to do, according to the rules of residency in Direct Provision Centres.

From the far end of the queue where we stood we could see, over the heads of seated guests at lunch, a row of African Women with ‘Health and Safety’ hairnets and orange t-shirts offering cultural dishes, canteen style. As we surveyed the scene it became apparent that the only refugees present at this gathering were the ones serving us food. This could be rather cynically seen as a grooming of sorts, suggesting the kind of jobs most refugees can expect to occupy in Ireland.

Once we arrived at the front of the queue the women were friendly, and seemed happy to be presenting their creative, culinary skills, and also to be witnessing the spectacle of the white middle class doing the Arty thing and getting free fodder to boot. The food was very good; a couple of meat dishes, beans, vegetables, plantain and rice so there was scope to accommodate all diets.

It was unfortunate that whilst in some way the women could be construed as participating in some kind of Art-validated and personally rewarding relational activity, to all intents and purposes they actually appeared in the guise of service staff. It was an uncomfortable insight that I’m not sure anybody else felt, as everyone seemed to carry on as if nothing was amiss, as if this was perfectly normal. An alternative and preferable scenario might have been to set up a central food hub with participants eating in a circle, or in the way a feast might be served in Africa for instance.

Towards the end of the second session in what seemed like a last minute decision, one of the Global Kitchen volunteers was eventually invited to join the other speakers at the coffee table question and answers session, but as it turned out, she did not get to utter a single word; such was the chat monopoly unfolding. She was not asked a question either by the other panel members or the audience. As one audience member later remarked she felt that in the situation, to address the person would have been to put her under unfair pressure. There also seemed to be an anxiety on the part of some of the other speakers to fill the space as if any silence would be unbearable. Eventually the session ran overtime and the Global Kitchen representative was given an apology for there not being enough time for her to make any comment. (This was to allow, after a short ‘comfort break’, the showing of Douglas Gordon’s new film ‘I Had Nowhere To Go’.)

In creating the artworks the artists may have had expectations of the kind of audiences that would encounter the work, but it was obvious that neither the presentation of the artworks nor the symposium were intended to involve any refugees as part of the reception or analysis. Otherwise surely they would have been there. It would not have been such a big step to invite some residents of Globe House for instance to be involved in the discussion in a meaningful way, where they could engage as equal participants, but I can imagine all kinds of excuses for not doing so (‘security’, language, the unforeseen, actual testimony etc.). Surely we have to live with some uncomfortable truths and rub shoulders with the bearers of such.

The in-house familiarity of the speakers and organisers and much of the audience meant it was a case of more preaching to the converted rather than making any affirmative action. At the day’s end only a lingering resignation remained that the Artworld can’t even do as much as get out of entrenched behaviours and face up to its fears of confrontation with the realities that are often close at hand. Perhaps the burning question is how might the Artworld come to accept that it too bears part of the collective responsibility for what is happening.

The best thing heard from the speakers was “not to have an idea to create work about a crisis, but go out there and get involved in whatever way possible, and then make work about the experience” (Or better still, ‘make the experience the work’).

Everything everyone said was sincere, moving, a calling out, but genuine testimonies were lost in the echo-chamber and lip service of a structural operation that gave no voice to the actual subjects represented in the works on show. The way that the Symposium was organised tended to reinforce deeply set prejudices and behaviours within the Artworld rather than challenging them.