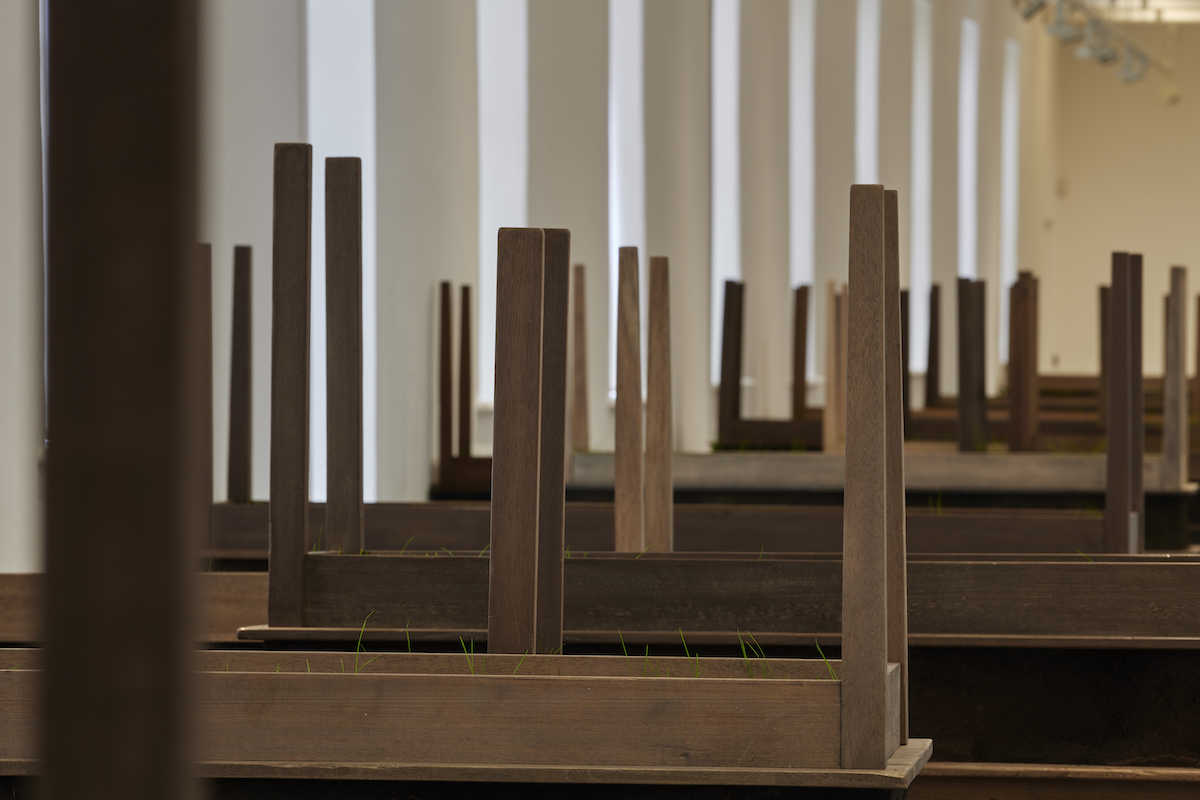 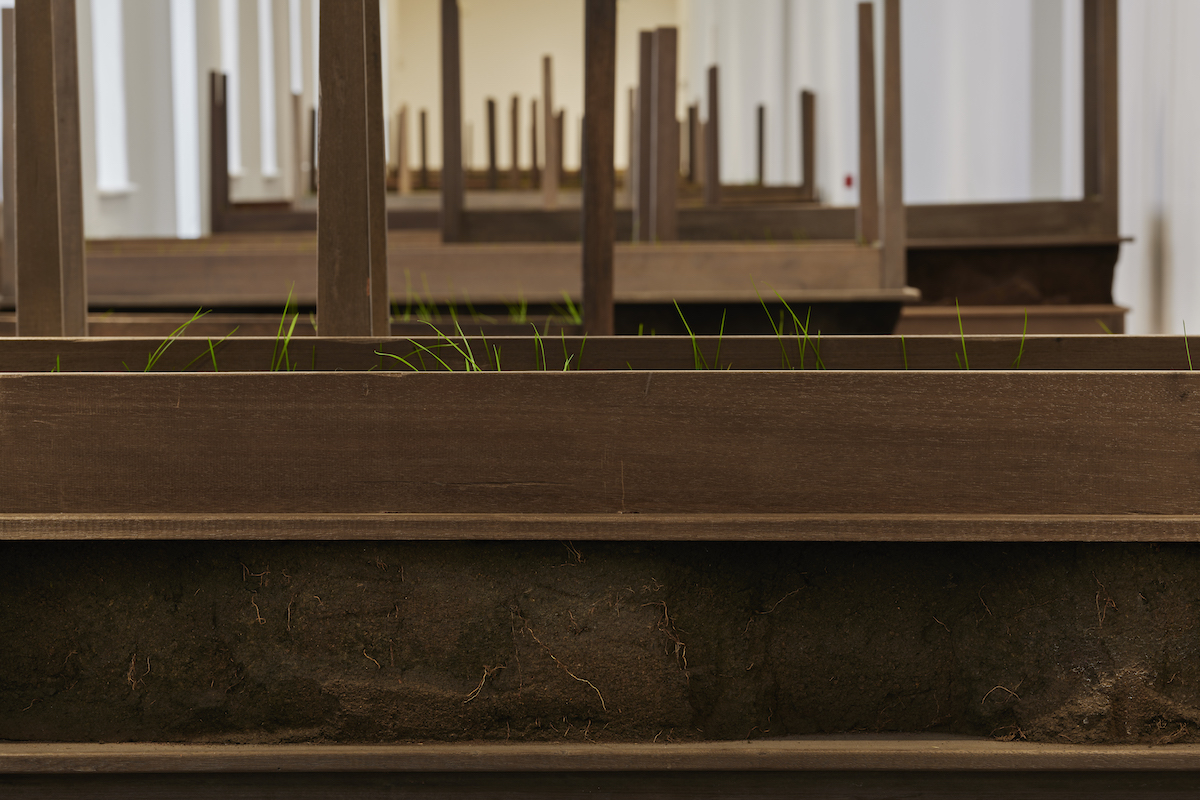 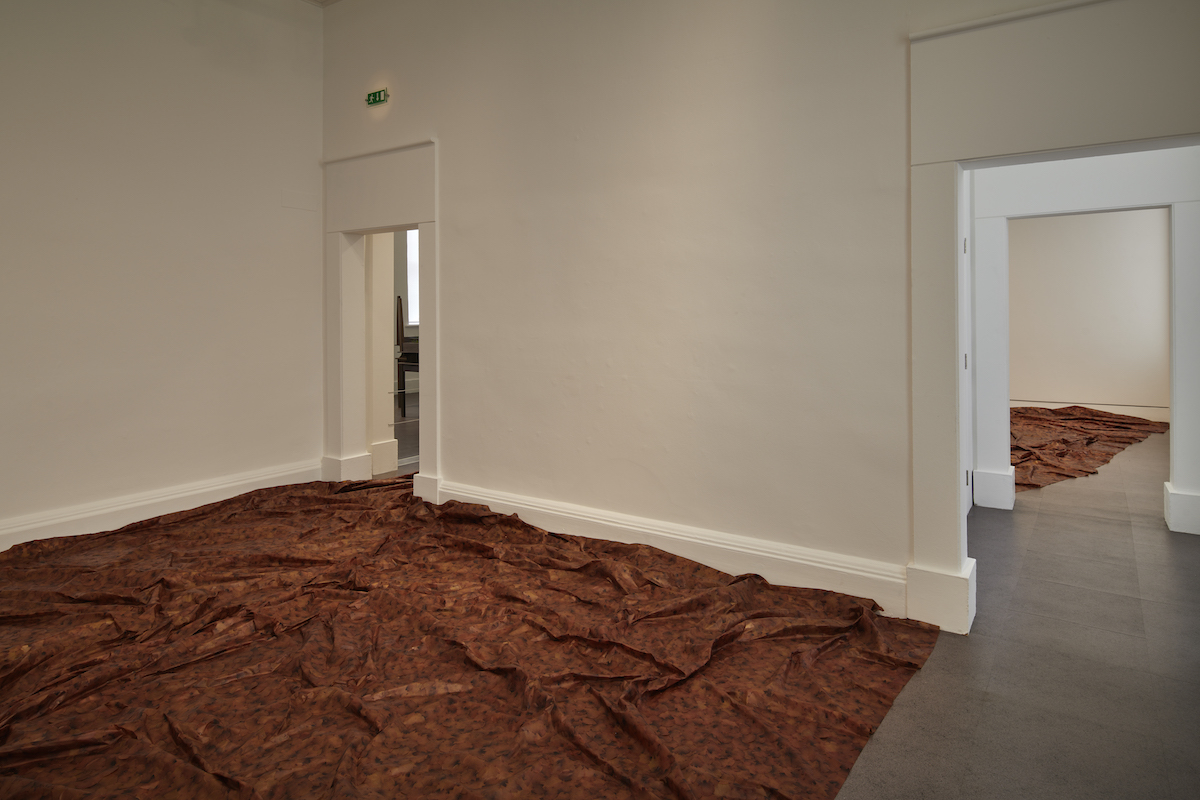 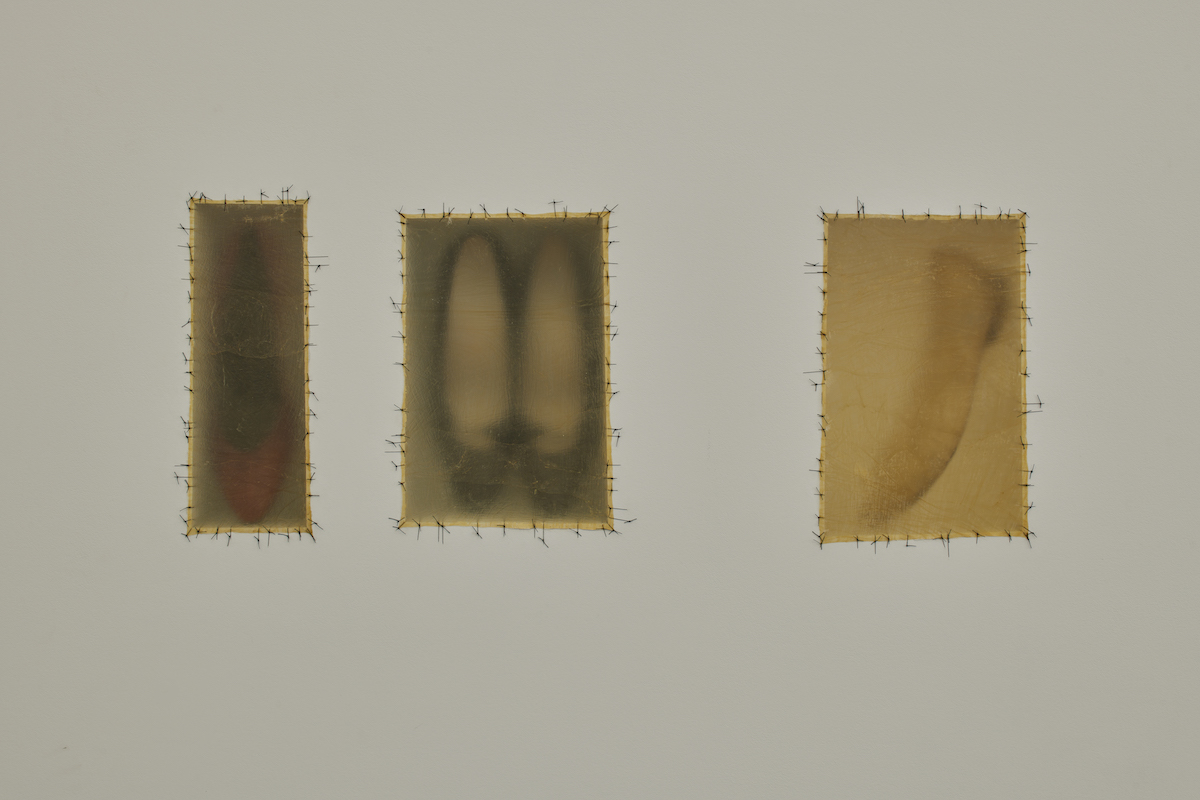 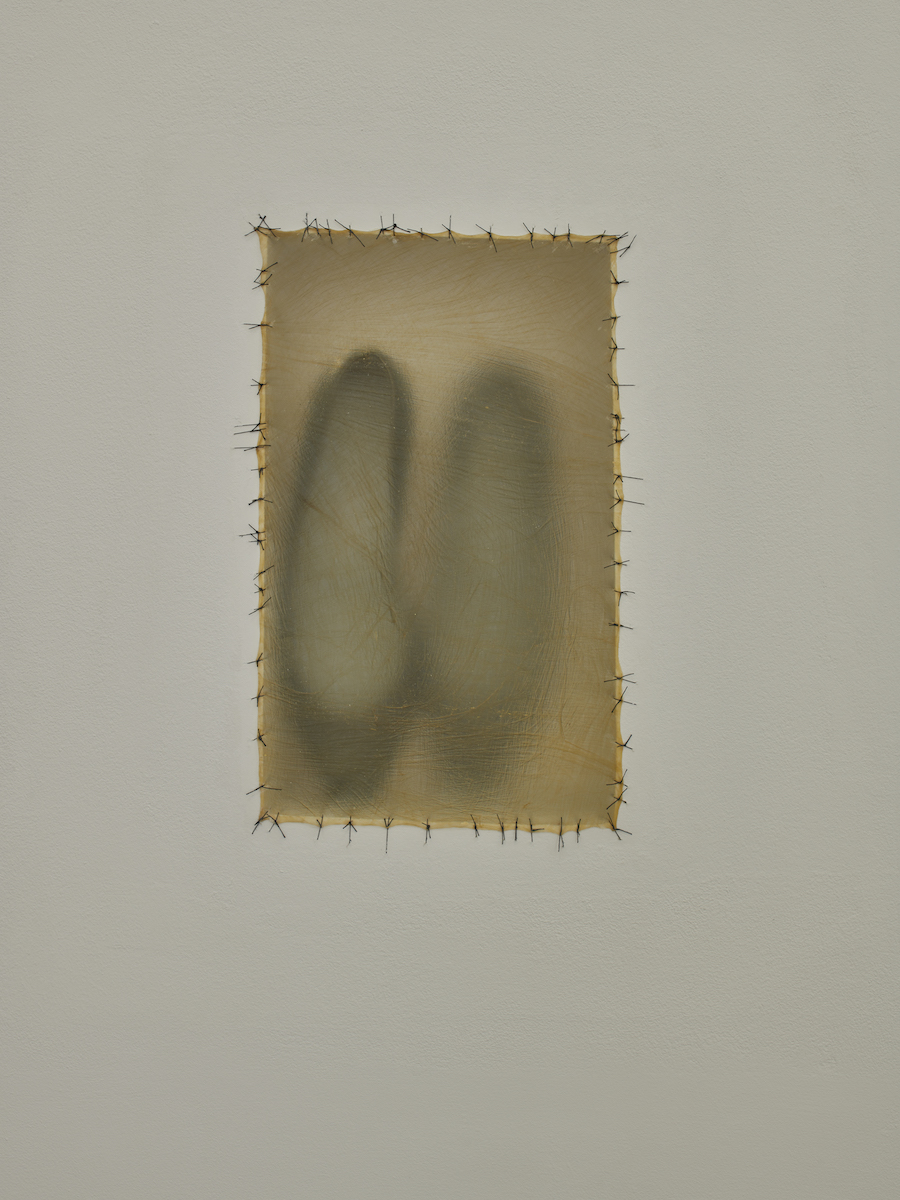 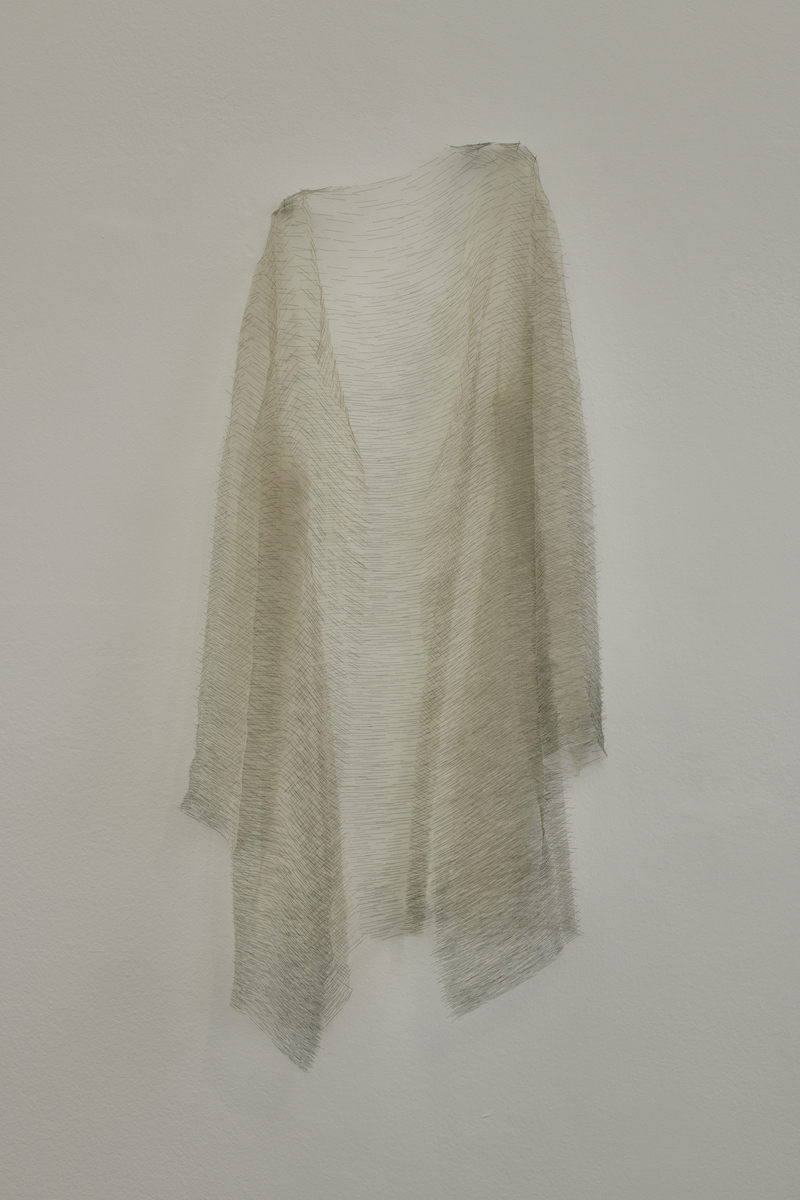 A Reflection on Doris Salcedo’s Acts of Mourning.

The action of holding is ingrained in this exhibition through Salcedo’s selection of domestic objects and their handling. I attended a student forum Q&A with the artist back in early April, where she talked about the table as an externalized sensation of holding. She spoke about the language of the domestic object embodying this action, and this sensation of holding is mirrored throughout the exhibition, spilling over into how the objects occupy their spaces and how the material processes she employs build upon these rhythmic actions of holding. She spoke about these, palms outstretched, drawing her object’s actions in the air. About her choices of tables and chairs as active subjects within her work, she said that these domestic objects form a focal point and framework of human connection within family lives, in both their embodied action of support and their articulation of private and public space.

They form a support for bodies, moments, objects and actions alike, and they embody their actions in how we consciously and subconsciously view and interact with them, within their very fibres and being they are the action of holding. This was how she chose to articulate some of her material choices, and her phrasing carries within it a fragment of Salcedo’s overarching ethos within her practice of material properties affecting the language of the work itself.

Holding embodied in the ritual of production embeds a heartbeat into the organic materials and Acts of Mourning holds its own pulse.

The way that IMMA’s architectural structure has been incorporated to influence the pacing of this work has been integral to the atmosphere of the installation. It lays down a rhythm for how the viewer’s body will be manipulated through the exhibition, regimented table after table breaking up our natural pacing, asking for different beats as we use all our senses. Through her use of the central corridor which interconnects a series of smaller cell-like rooms, her interventions work symbiotically within the confines of this gallery space, working sympathetically with the historical context of the site, originally Royal Hospital Kilmainham built in the 17th century, Salcedo’s actions of healing sit in tandem within the unusual structure of this space.

These object intervention slow down the viewer’s pace and supports the slow art ethos that Salcedo has always drawn from implicitly within her own material and durational process sensibilities. Playing with the borders and liminal qualities of her object placement, breaking into the linear white boxes of the gallery and forming weaving aisles and channels to draw our bodies through. Objects born from makers’ hands have a living pulse.

Her work deals with these material embodiments carrying the victim, and equally the viewer, through healing rituals of making as a form of archiving and recognition of these personal and political traumatic events.

The living element to the works is what stands out in my sensory memory of the exhibition: the tendrils of grass, the smell of earth, watching each blade reacting to the site, aging and altering in interaction, in dialogue with the bodies of the visitors. The air of the gallery feels different as the gallery infrastructure must bend to accommodate the requirements of these living bodies: windows left open, temperatures brought down, each room’s atmosphere monitored. As you move between rooms this adds an awareness of the different materials being used and the lifespans of the work unfurling in front of you, we are challenged to consider their living nature and form an almost anthropomorphized connection to the broken and battered, healed and bounded bodies that we find lying before us in each room.

We think through our skin, speak through a defined bodily language of our own making, through how she articulates the methodology of her work the language of touch is central to Salcedo. Actions of touch can become a human language which facilitates healing spaces.