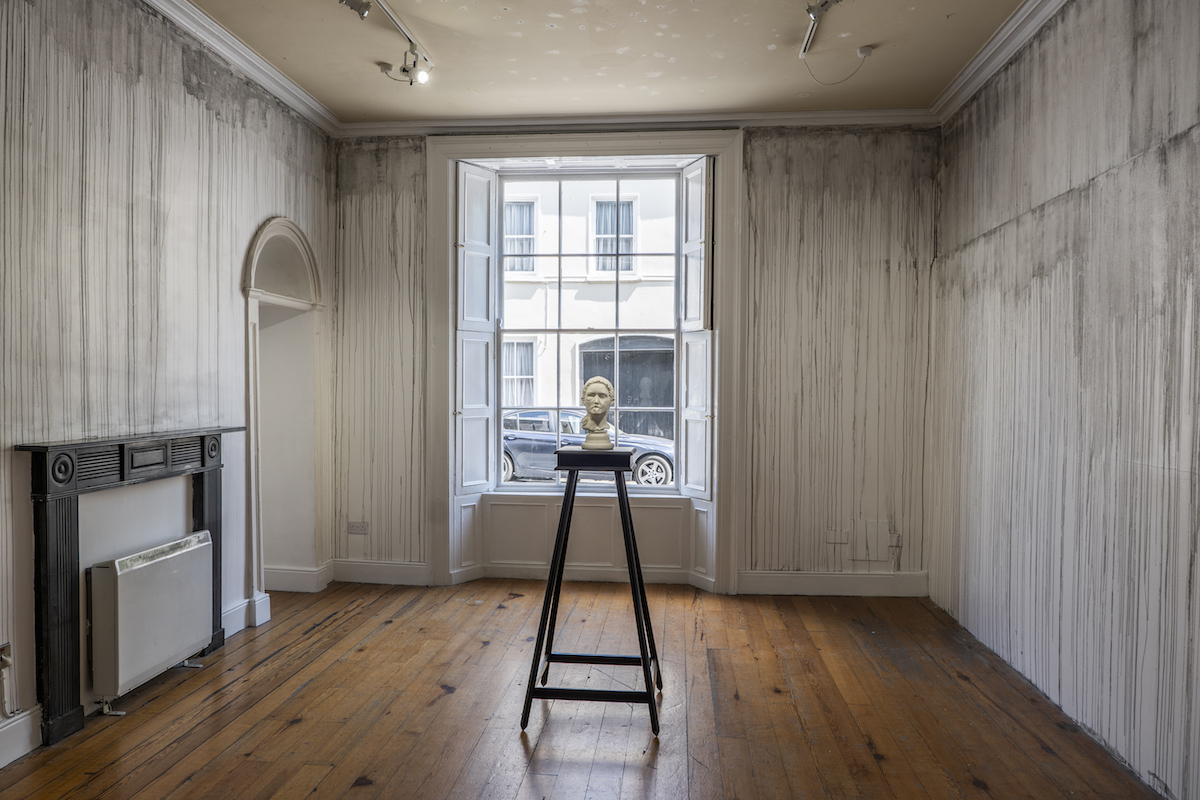 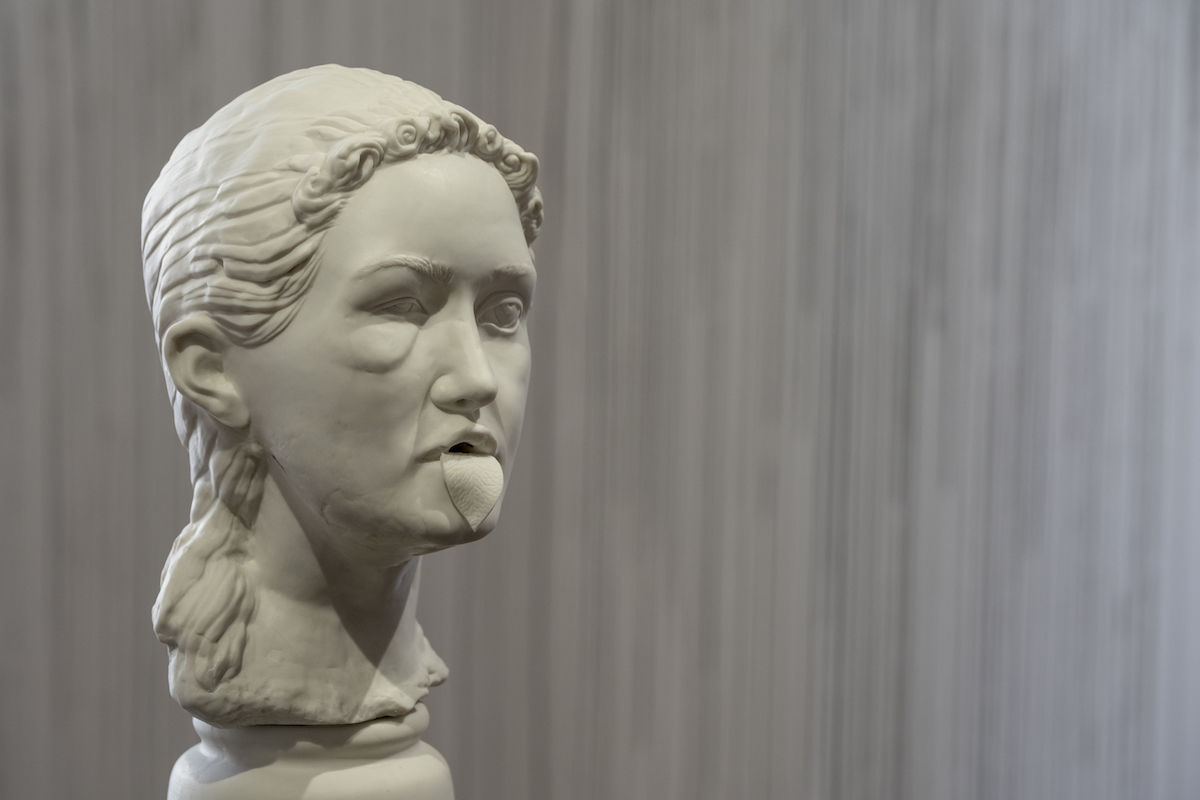 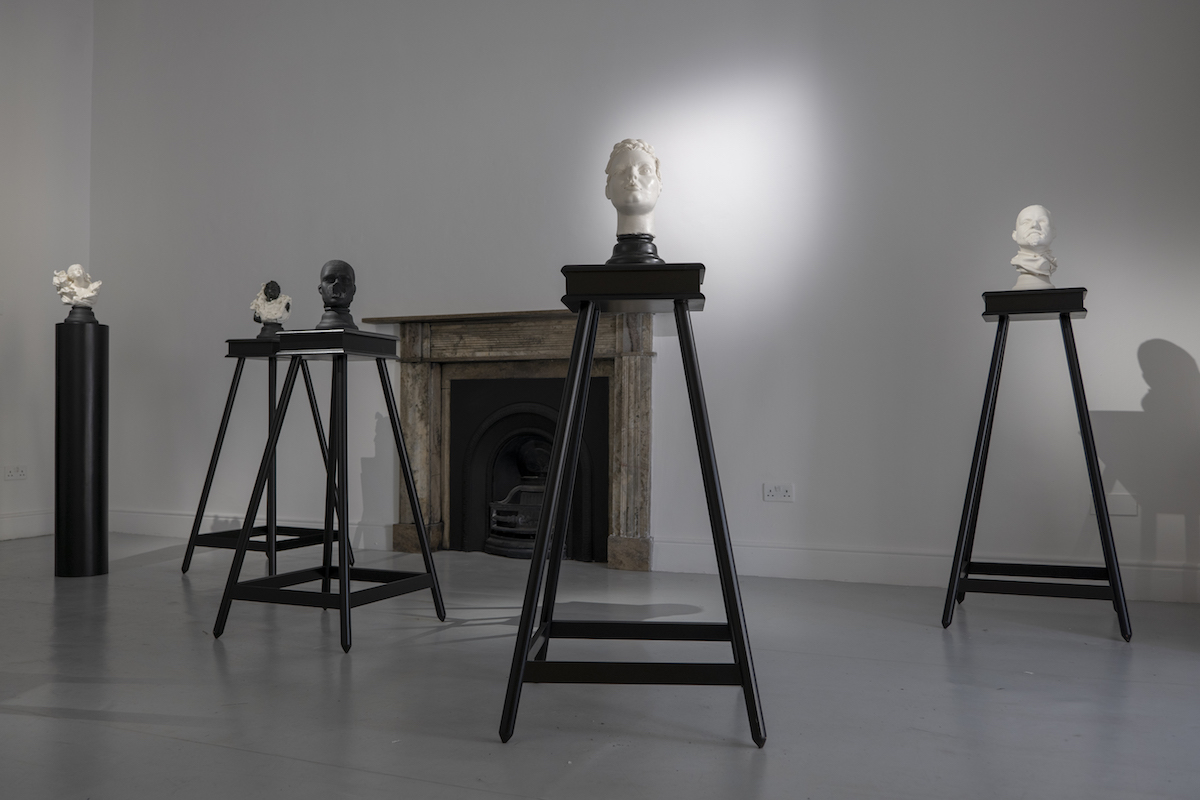 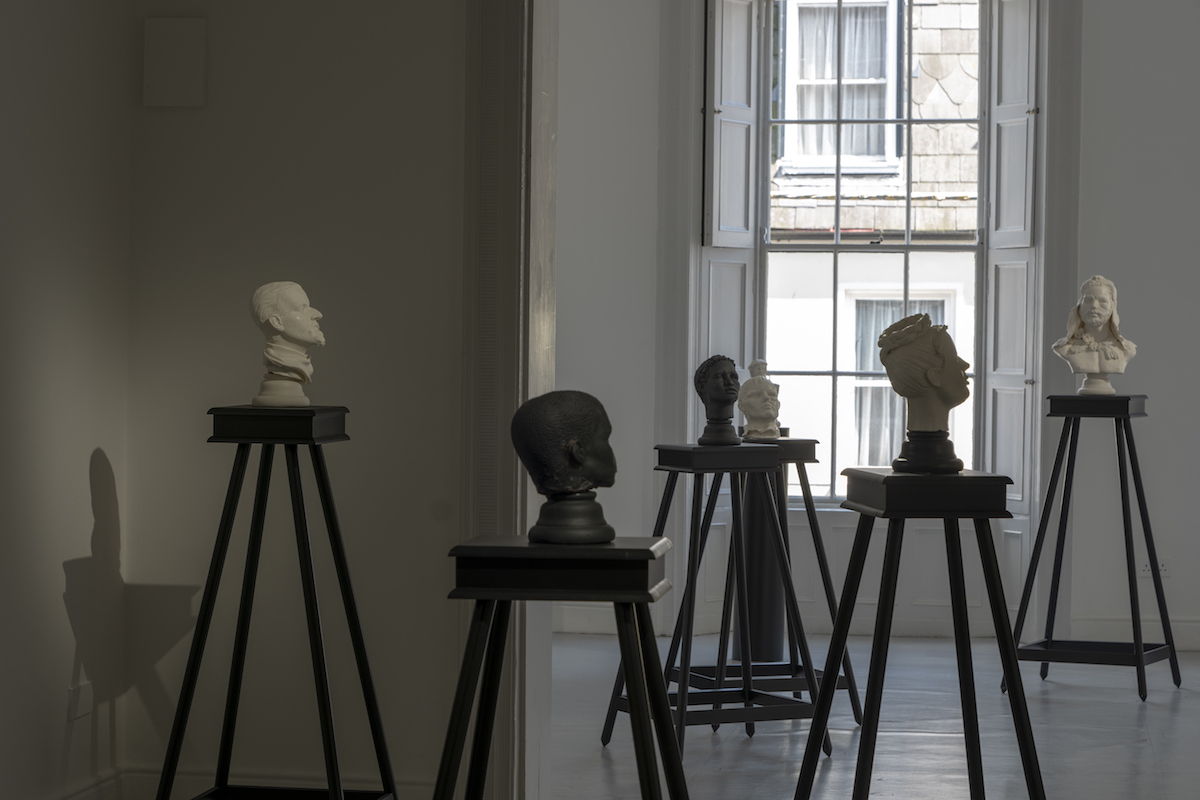 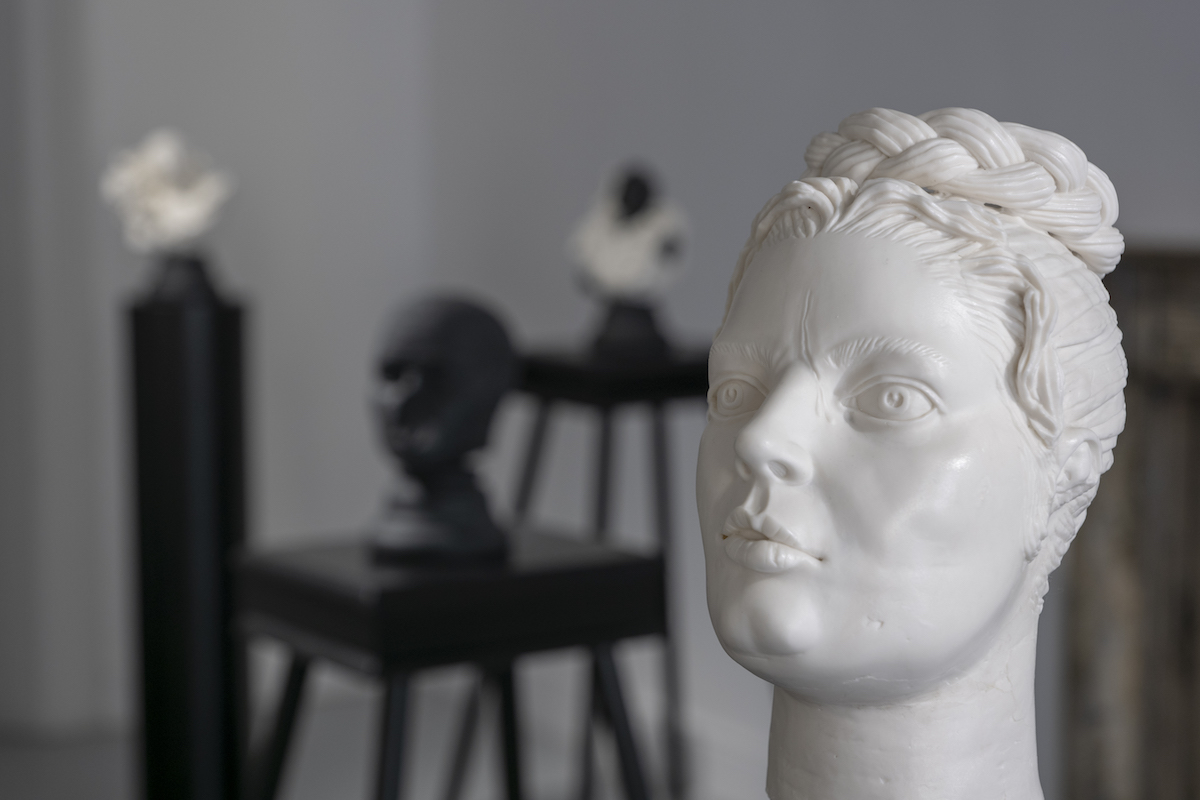 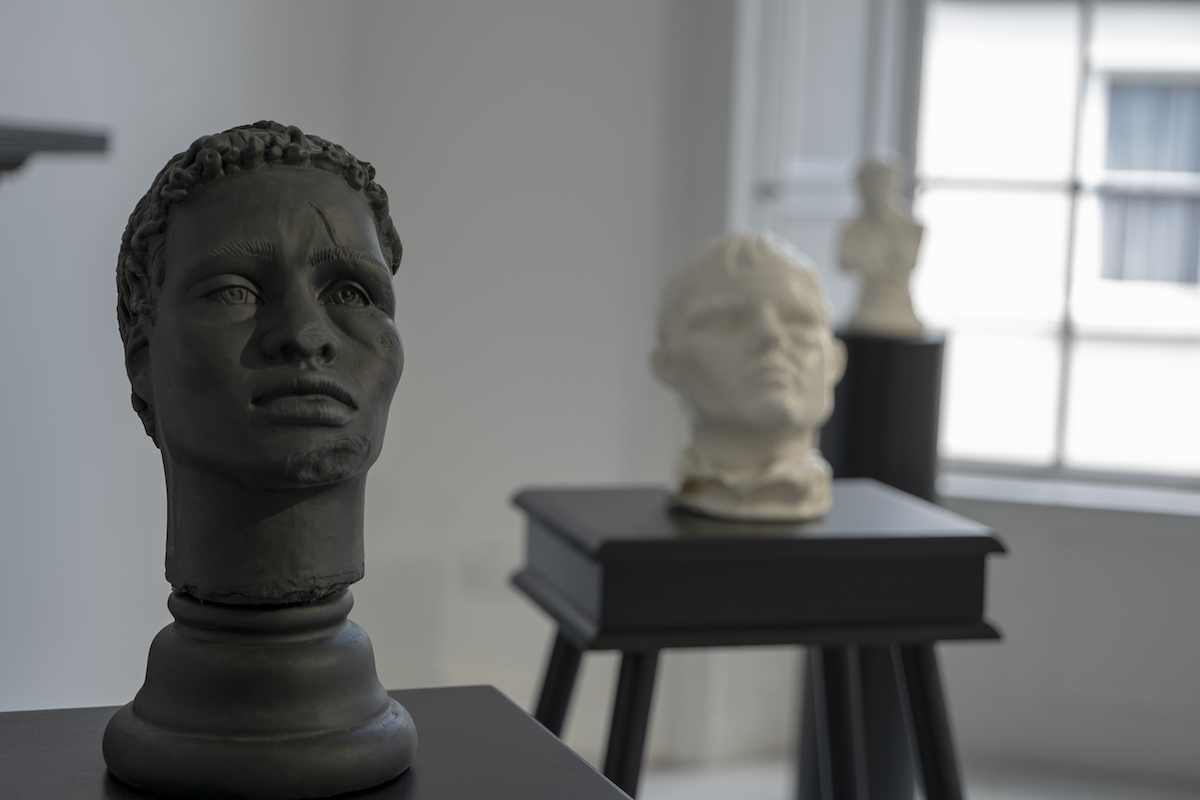 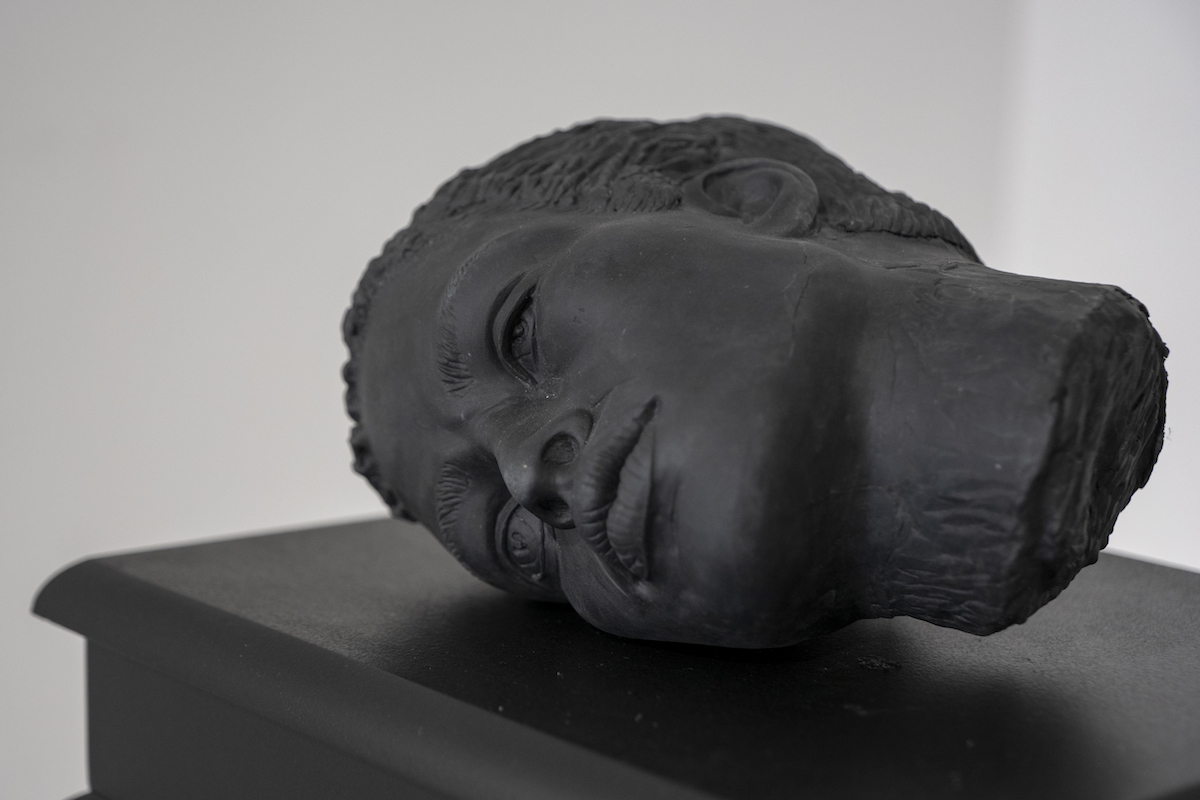 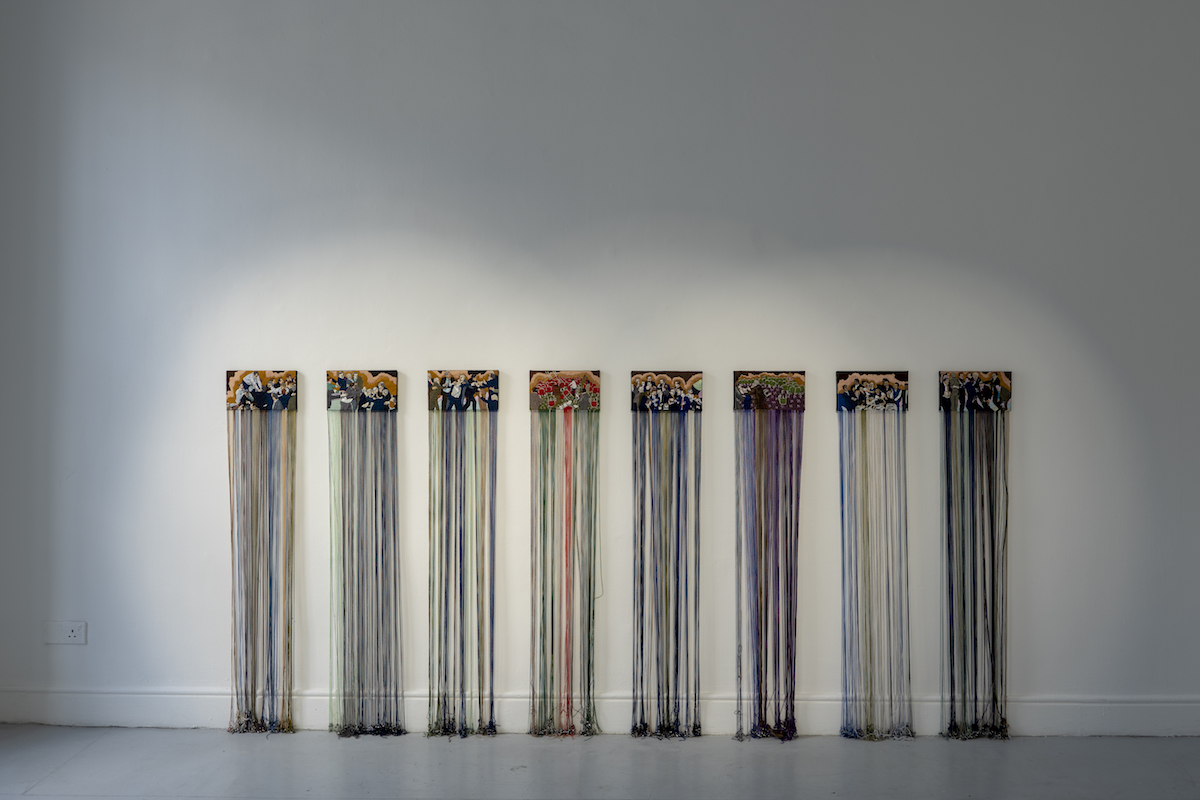 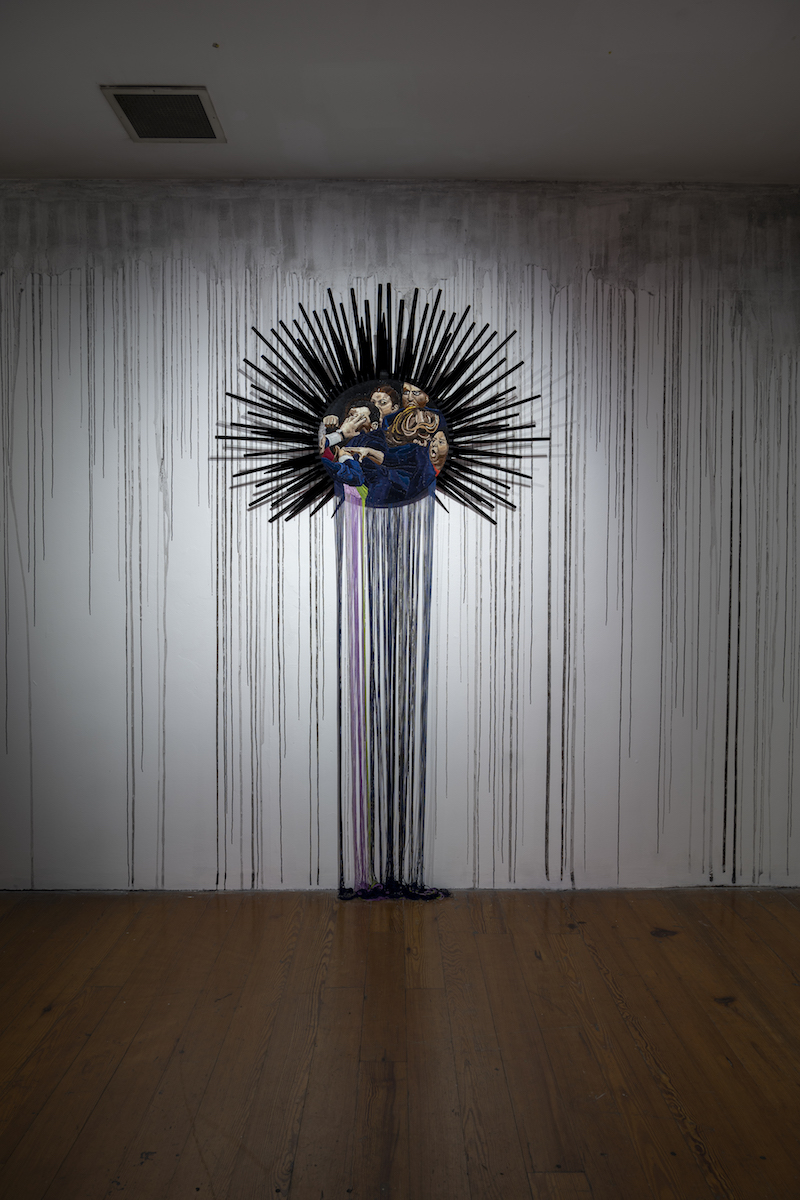 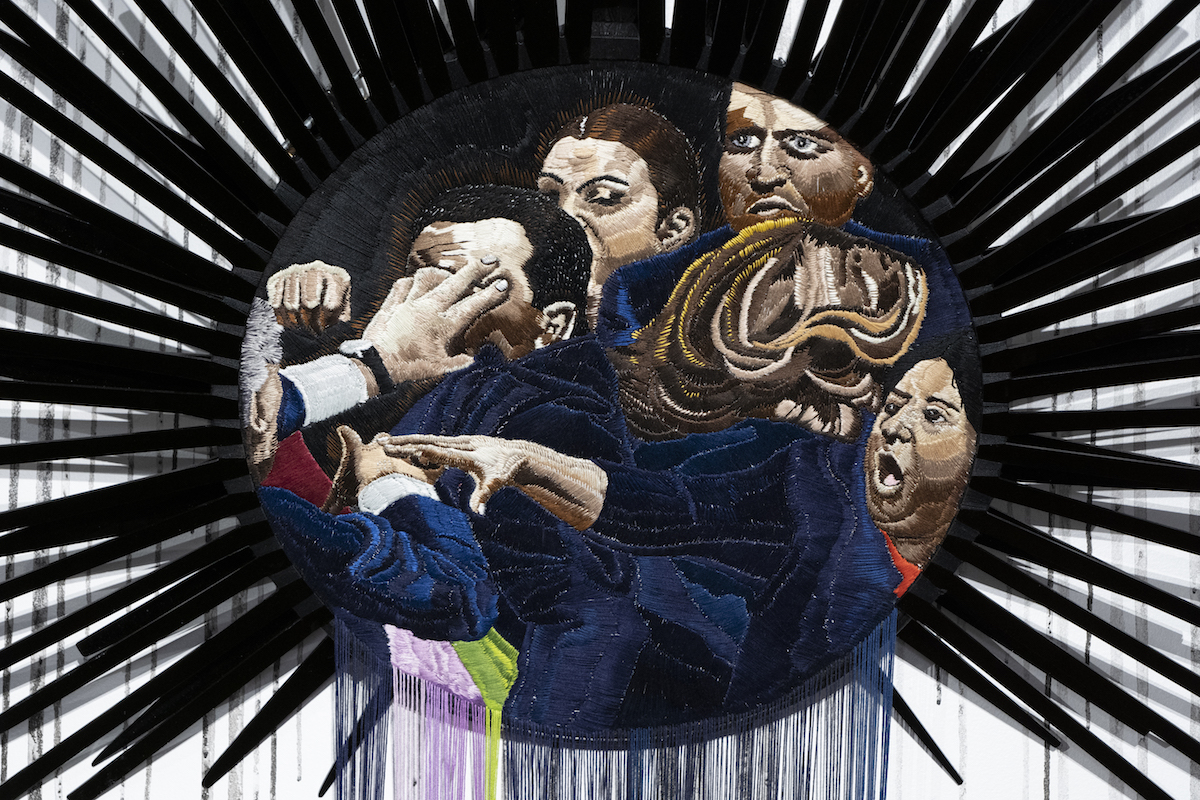 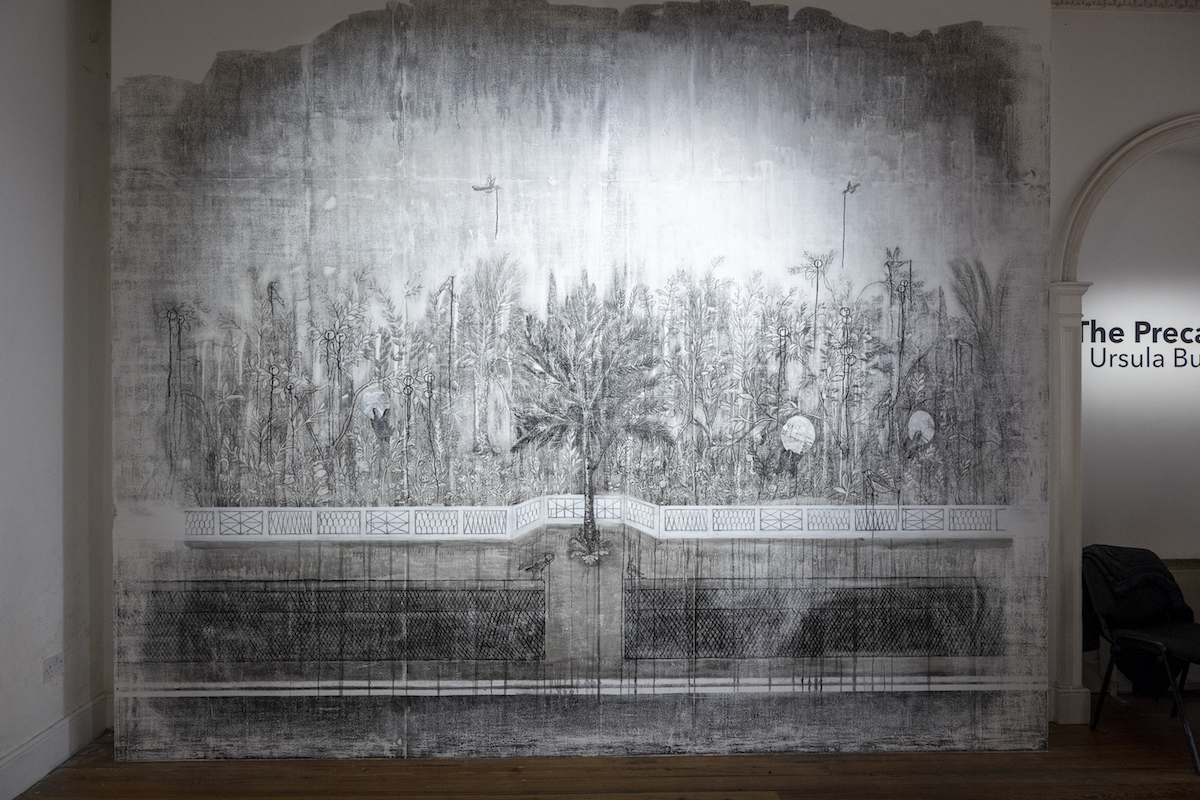 Ursula Burke, The Precariat at the Galway Arts Centre.

Streams of dried black paint fall from the ceiling and down the blank walls. A porcelain bust of a woman stands on a plinth in the centre of the floor. Her features and mien are classical, but her right eye is swollen, and a leaf lolls from her mouth like a dead tongue. This is Ursula Burke’s Bruised Bust with Leaf, part of her exhibition The Precariat, a poignant and clear comment on the timelessness of abuse.

Upstairs in Gallery 2, there are 11 more sculptures – which are called The Wounded. There are echoes of classical Roman busts, but they have all been broken: each one bears a scar, a swelling or deformity on their face. Chips have been taken out of them and they all wear defeated expressions, as if they have resigned themselves to this hurt, and convinced themselves that they are no better than the wounds they are named for.

Most of Burke’s sculptures are of women, but there are also black and white male busts presented here, revealing that bruises and scars belong to everyone. Burke is showing us how abuse – and violence in particular – pervades all levels of society and all ages of history. The abuse of power is as old as power itself. Sculpture was once the privilege of the world’s rulers. Burke’s porcelain busts seem almost satirical. By bruising the perfection of classical sculpture she reveals, in a subtle and clear manner, how we have been hurting each other and ourselves forever.

The sharp whites and blacks of the sculptures are contrasted with the blurred colours of The Politicians, a series of embroidered pictures of politicians fighting one another. In Gallery 1, we see a circular image of suited men and women reaching for each other’s throats, one is jabbing his fingers into another’s eyes. Black plastic juts from the circle’s edges like spikes of sunlight and the embroidery’s threads fall to the floor, weighted down by balls of lead. Upstairs there are eight smaller, rectangular images in this series. Each one shows a different group of politicians – one black, the rest white – wrestling with their co-workers. These are images of power abusing itself, pictures of the people at the perceived top of humanity’s food chain scrambling for power over their fellow predators. Every one of these pictures is also laden down with lead.

Positioned between Bruised Bust with Leaf and the circular image of brawling politicians is The Augury of the Birds, a massive acrylic painting of birds and fern trees. The birds all have long streams of black paint flowing from their eyes and similar lines of blackness drag the plants down to earth. Three hands reach out of the trees and hold up round images (mirrors?) of grand buildings not unlike the Palace of Versailles.

Everything presented here is being pulled to the ground, the piece feels weighted, overburdened, as if one too many straws have been placed on the world’s back. ‘Gravity’, is the word that best sums up Burke’s The Precariat, everything that isn’t pulled to earth by paint or lead carries itself with gravitas. She set out to show the many ways humanity abuses its power and the hurt that it causes. In these pieces, that pain is clear to the eye. There are few metaphors and those few are as lucid as azure skies.