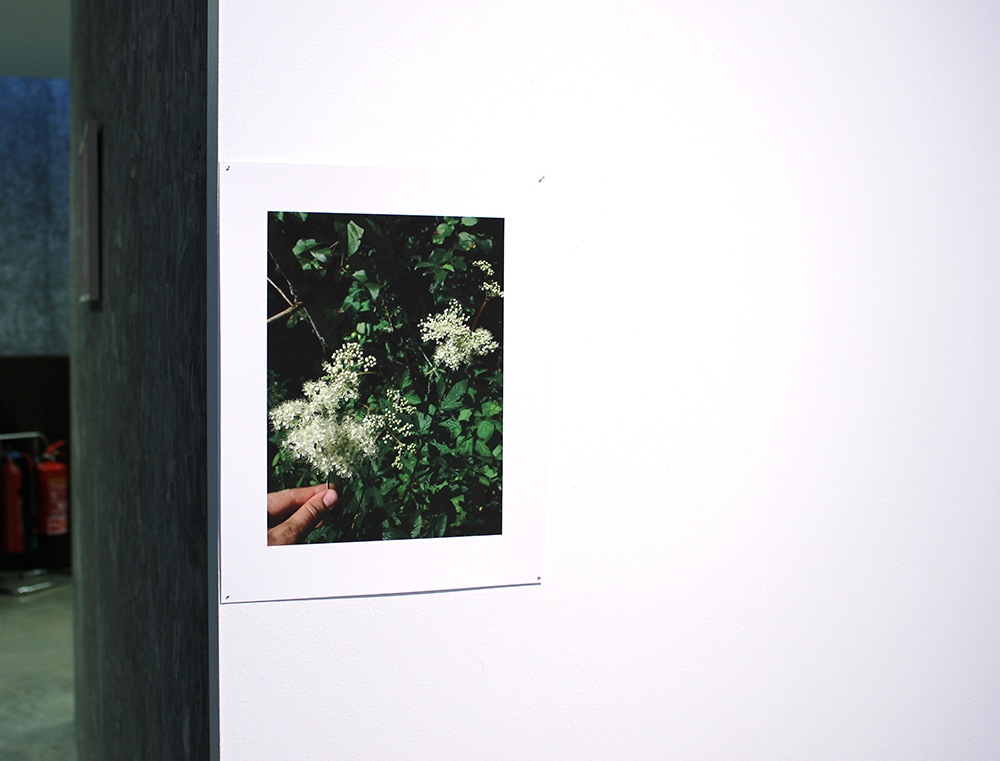 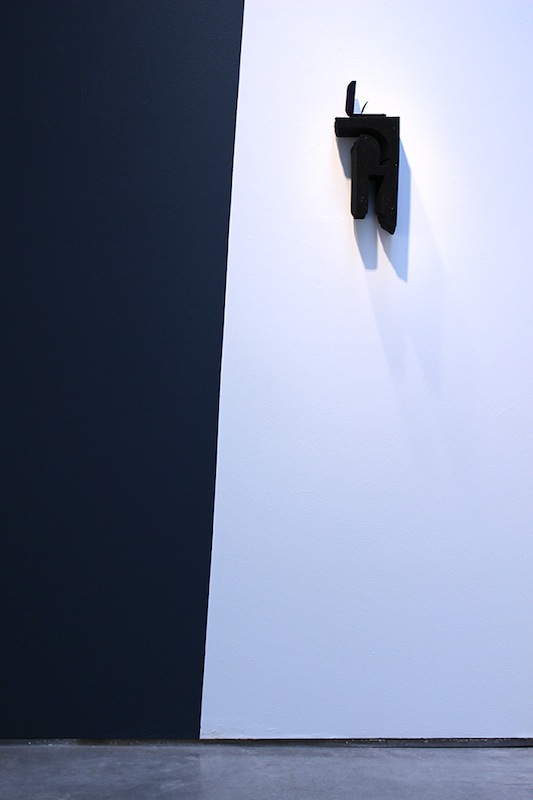 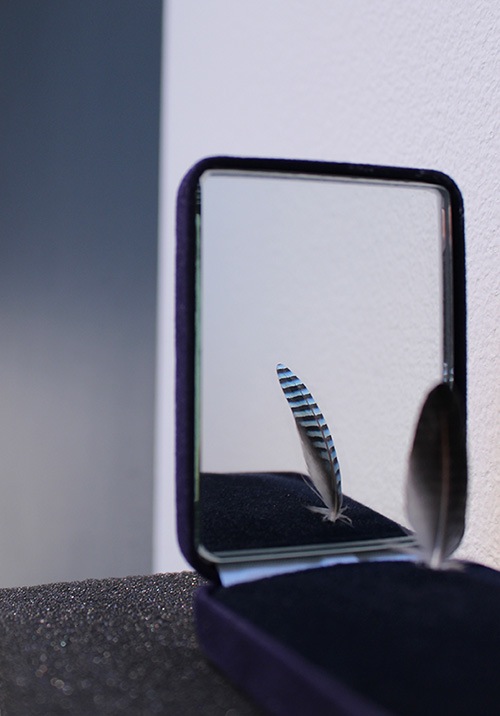 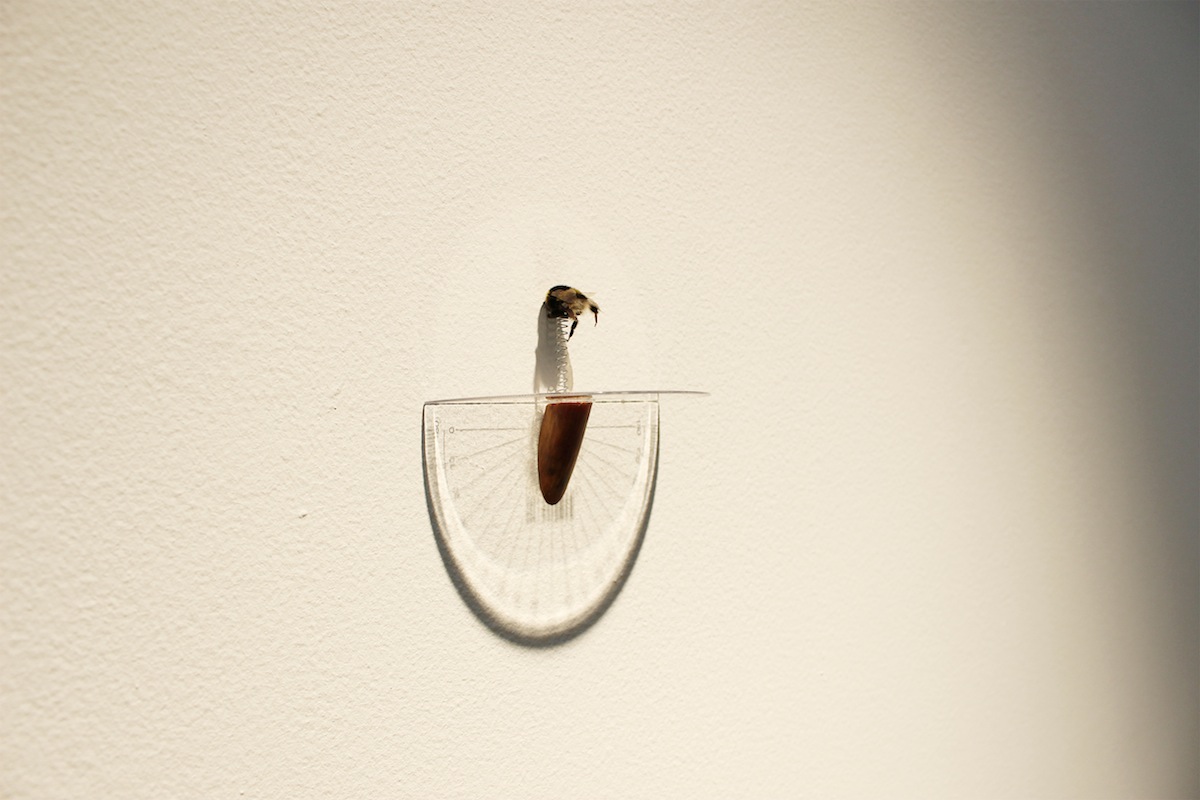 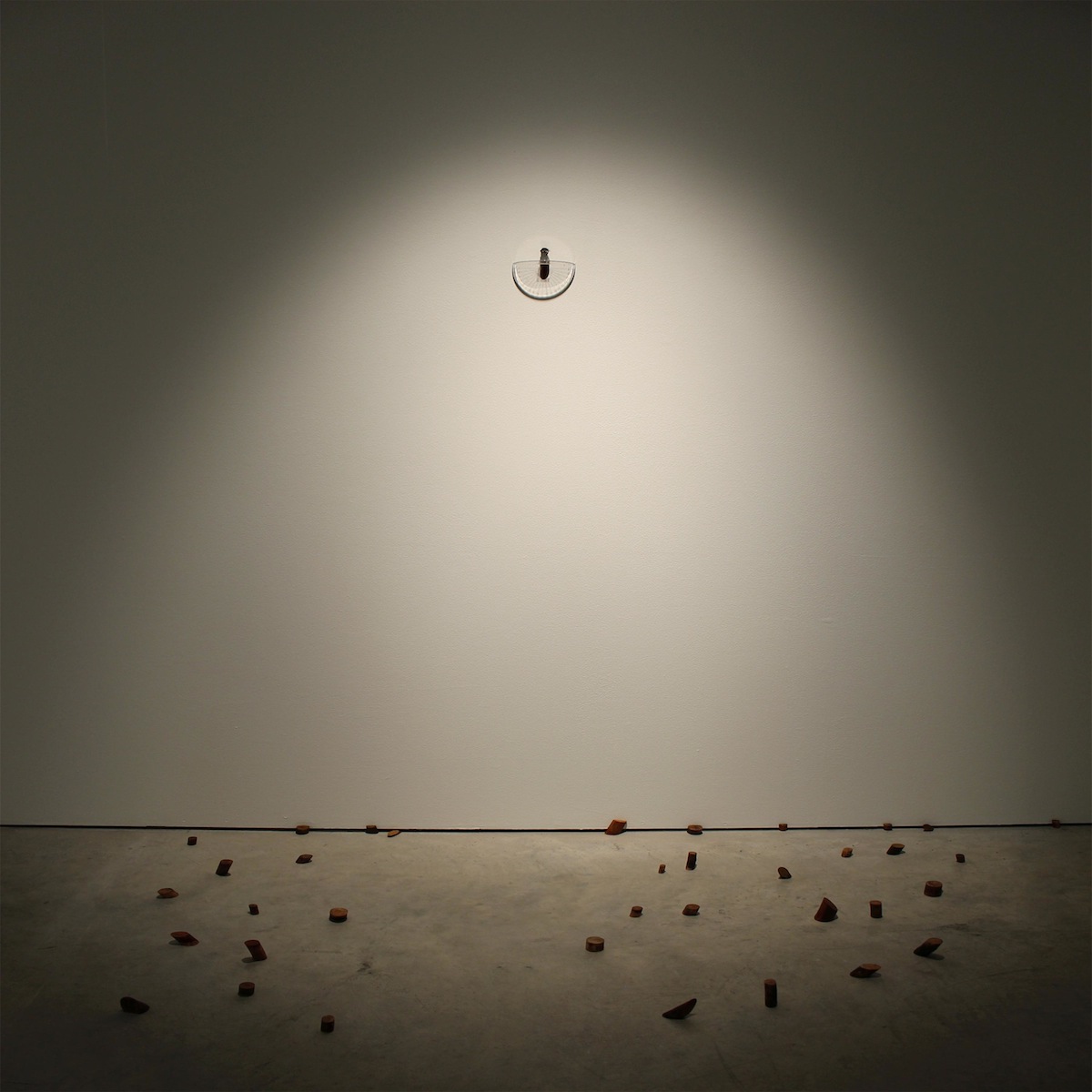 Gibson’s exhibition is sparse and delicate. The eight hybrid sculptural objects mounted on the walls of the L-shaped room are representations of nature which have been modified to be manageable for this human-centric environment. Politely packaged in vitrines, trapped behind glass panes and perfectly placed on balanced supports, nature has been put in its place, however an inherent ‘wildness’ still remains.

Turning an acute corner, Spirin (2017) is pinned to the immediate edge of the wall at an anomalous level. The photograph of the posing elderflowers is mirrored opposite its sister, Emptying and filling and emptying and filling (2017), which displays an abundance of daisies growing on the heaving banks of a river. Both portraits of these beauties have a similar reminder of humanity’s interference.

In Spirin a truncated hand alters the position of a branch and introduces a personal connection between the space of the image and the viewer. In the other, amongst the carefree daisies there is a glimpse of a twisted metal cage, its function to prevent a collapsing river bank. Gibson suggests in the celebration of this flora the meddling hand of our society, the overpowering urge to dominate, manage and control. In the corner of the room an iridescent jay feather is propped in a lustrous velveteen jewellery box, an aura of preciousness emanates as the feather admires its own radiance in the box’s mirror. As humans we often attribute symbolic value to natural objects; idealising the luck of the rabbit’s foot and romanticising the wishes granted by a dandelion.

In And then (2017) the backside of a bumblebee is fixed to the wall purposely positioned underneath a set square; echoes of Dorothy Cross’s melding of organic carcasses with refined materiality. The calculated lines of the set square are reflected onto the wall and orchestrate the 37 wooden knots that are assembled on the floor. The display is minute and a necessary caution is taken as the viewer negotiates the sapling’s stumps below, a ceaseless curiosity to inspect the effect of the damage is implied.

The objects in this exhibition highlight a tendency in the first world to persistently master and a desire to contain things we cannot always understand or determine. Everything which exists in this world is measured by our human standards and values, in order to appreciate, study or observe nature, its essential ‘wildness’ must be suppressed. In the words of Seamus Heaney’s Death of a Naturalist (which I coincidentally bought before viewing this exhibition), our disruptive will to command the phenomena of the natural world begins at a young age.

I would fill jampotfuls of the jellied

Specks to range on window sills at home,…