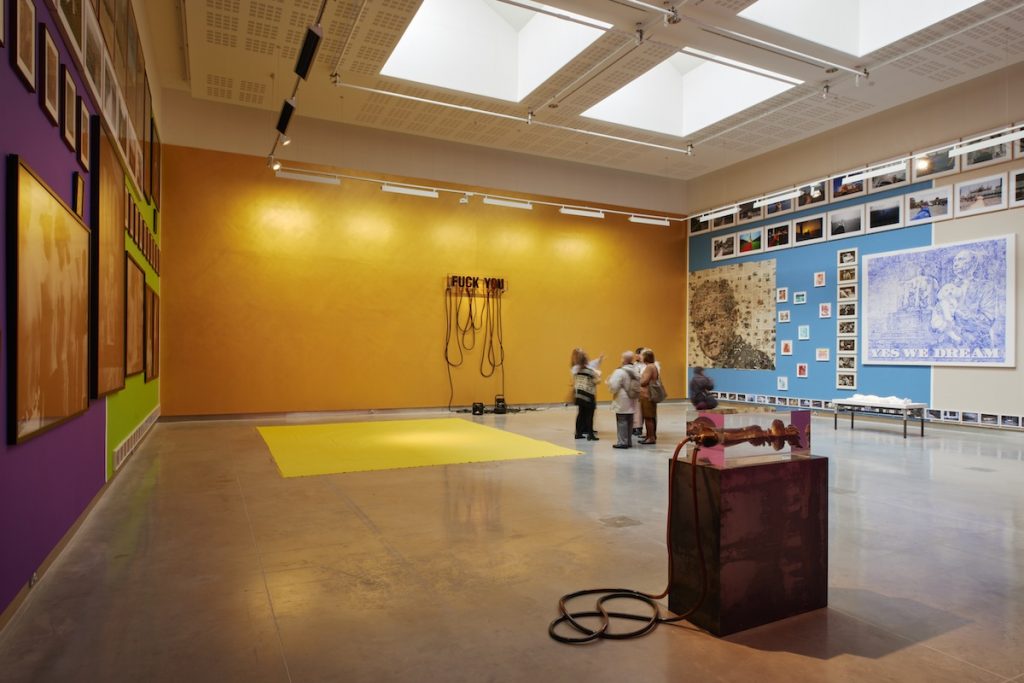 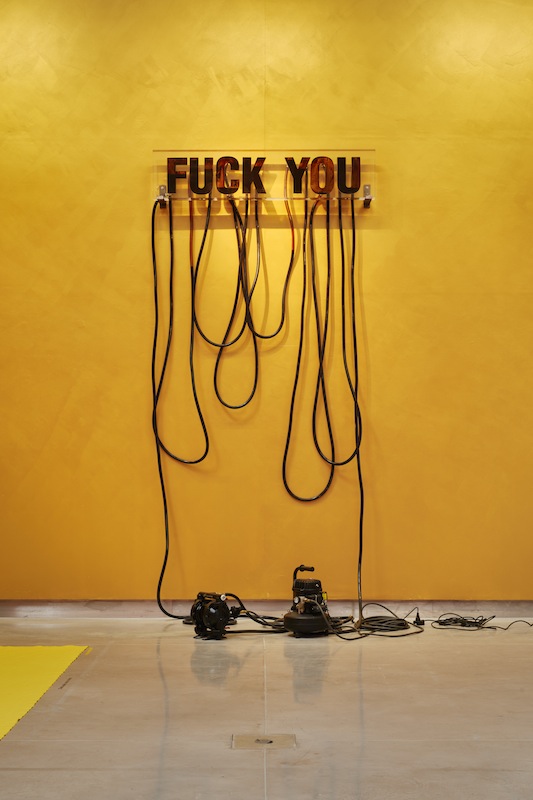 Andrei Molodkin, Fuck You (2011), as part of ‘How to say it the way it is!’. Rua Red Gallery. Photo credit: Ros Kavanagh 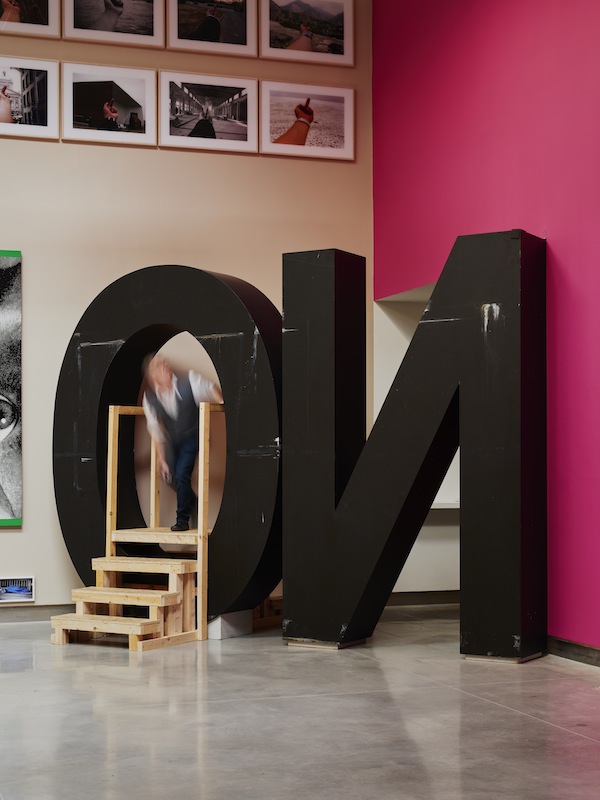 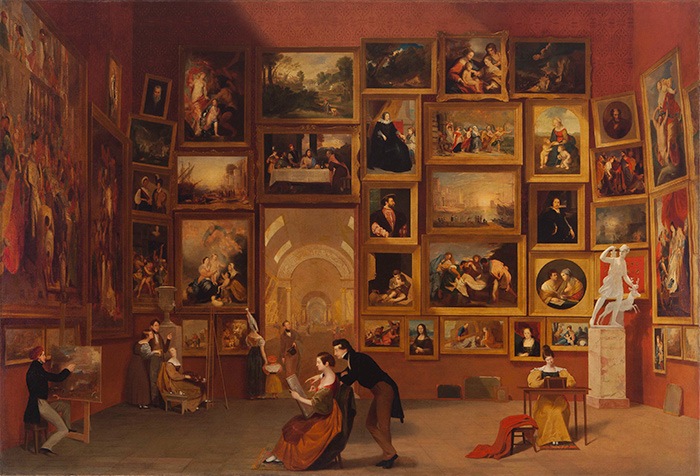 How to say it the way it is! at Rua Red

Passing through a constructed black entryway into Rua Red’s main gallery, the viewer is met with brightly coloured gallery walls, a plethora of mounted images, and several sculptures that occupy strategic gallery real estate. Traversing this awkward passage, the viewer will find the construct to actually be a large letter ‘O’; an ‘O’ that constitutes half of Santiago Sierra’s NO (2009). This sculpture, now visible from the back, has been toured around Ireland visiting sites associated with social and political injustice. It sits here now in Tallaght, as an uncompromising statement and precedent of tone.

Made up of some 32 artworks selected from the a/political collection, How to say it the way it is! features works by Shirin Neshat, Andrei Molodkin and Gustav Metzger amongst others. As a show, it demonstrates a workable approach to curation when dealing with politically provocative art, and addresses the reality that at times such work can suffer a loss of potency through notoriety.

The works adorning the walls border each other in a manner that is at times claustrophobic and at others deliberately sparse. Works like Ai Weiwei’s Study of Perspective (1995) are arranged at ridiculous elevations, some bordering the ceiling and others skirting the floor. The image of Samuel Morse’s Gallery of the Louvre (1831-33) comes to mind. Suddenly, How to say it the way it is! starts saying it straight, and unfolds as a sort of historiographic provocation.

Through this ironically taxonomic aesthetic, parallels to this 19th century Salon style persists throughout most of the exhibition. Notably absent, however, are the heavy gilded frames synonymous with the style. All that gold seems to have been stripped from the work, and as such these provocative images hang borderless, cross-pollinating contingent dialogue in this hectic display. Progressing, the viewer will find all that gold has been relocated, rather than removed. Coalescing as sheer element, the gold coats the large back wall of the main gallery, staging it as the sublime ideological frame of the exhibition.

The gold wall is deliberately bare except for one work. Centred on it, Andrei Molodkin’s Fuck You (2011) sits assertively: a clear acrylic block within which the work’s title is suspended, and through which crude oil is pumped.

Curated by Franko B, an artist whose work is also featured, the exhibition marks the beginning of a year long collaboration between Rua Red and a/political. Co-founded and financed by a Russian hedge fund manager, a/political is an organisation that allows artists the neutral space to produce politically and socially provocative work. Laughable conflicts between political ideology and economic praxis aside, there are enough interesting curatorial and formal qualities here to genuinely engage.