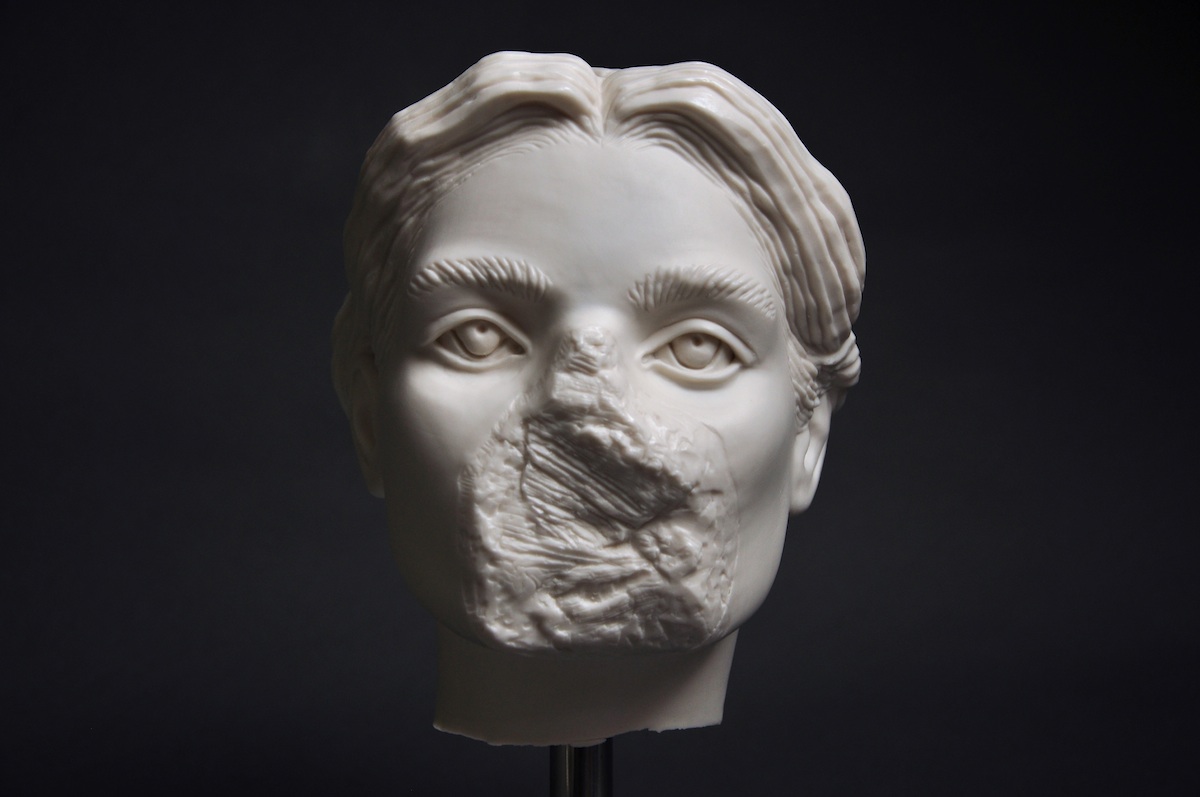 The first piece that confronts me is The Politicians (2016), a frieze of four heavily embroidered panels depicting stiffly-suited men, overstretched as they erupt into an awkward brawl. A satiny fringe of threads hangs from the bottom of each panel, neatly trailing to the floor. These contemporary scenes, executed in the tradition of Baroque embroideries or tapestries, reveal something unpleasant about political leaders in our ‘civilised’ society, they are flawed, and now, more than ever, their failings are easily captured and shared across continents. It has become increasingly difficult to mythologise public figures and in a subversive gesture Burke has skilfully translated an instant image into hand-stitched tableaux.

Rounding the corner, I’m struck by the stillness and quiet of several Parian ceramic sculptures. Eight portraits, veiled in anonymity, stand pale against the deep grey tones of the gallery. The marble-like quality of each bust is instantly striking, a close study of the clean elegant forms reveals a dead stare in their heavy-lidded eyes. One face after another is bruised, eyes swollen, flesh bulging, a silent lament for the scarred victims and casualties of conflict. An unsettling feeling lingers with me; looking past the allure of fine materials, the marks of violence on each portrait pay tribute to our vicious inhumanity when it comes to territory and power.