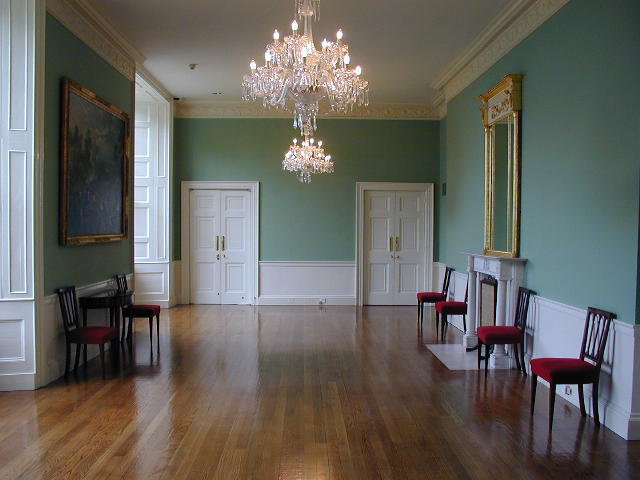 The Johnston Suite at the Royal Hospital Kilmainham, courtesy of IMMA.

I found ‘The Passion According to Carol Rama’ to be an exhilarating delight, so when the opportunity presented itself to hear world-renowned art historian and cultural analyst Griselda Pollock speak on the show, I packed my man bag and moseyed on down to IMMA’s Johnston Suite. Bathed in dusky concupiscence I settled into a room teeming with totty. Pondering the voluminous title, Carol Rama and Modernist Artist-Women: Creative Practice as Dissidence in the Feminist Century, I began to mull over various ideological divisions between masculine and feminine, distinctions that deny us our uncertainties and ambiguities, that spur discarnate flights of fancy, and such transgressions and incursions as we might wish to, or need to, enact. I was heartened, and somewhat relieved, to hear the speaker point out that the dominant patriarchal, phallocentric systems and structures that shape modernism’s histories and hierarchies did not refer to actual or, as the speaker put it, ‘lovely’ men. Another gulf, between theoretical interventions and artistic creations, was a chasm Professor Pollock ably bridged, kicking from Carol Rama’s work seven shades of analytical shit. When the time came to vacate the Johnston Suite it had been transformed, in the cockpit of my loveliness, from what art historian Kenneth Clark, referring to Ingres’ The Turkish Bath, called a ‘whirlwind of carnality’, into a sea of murmuring turbines, building up, from Griselda Pollock’s breezy exegesis, a formidable head of steam. From this whirring blur of blades Carol Rama emerged, no longer a mad cow outsider, but the horns of a dilemma taken by the bull.