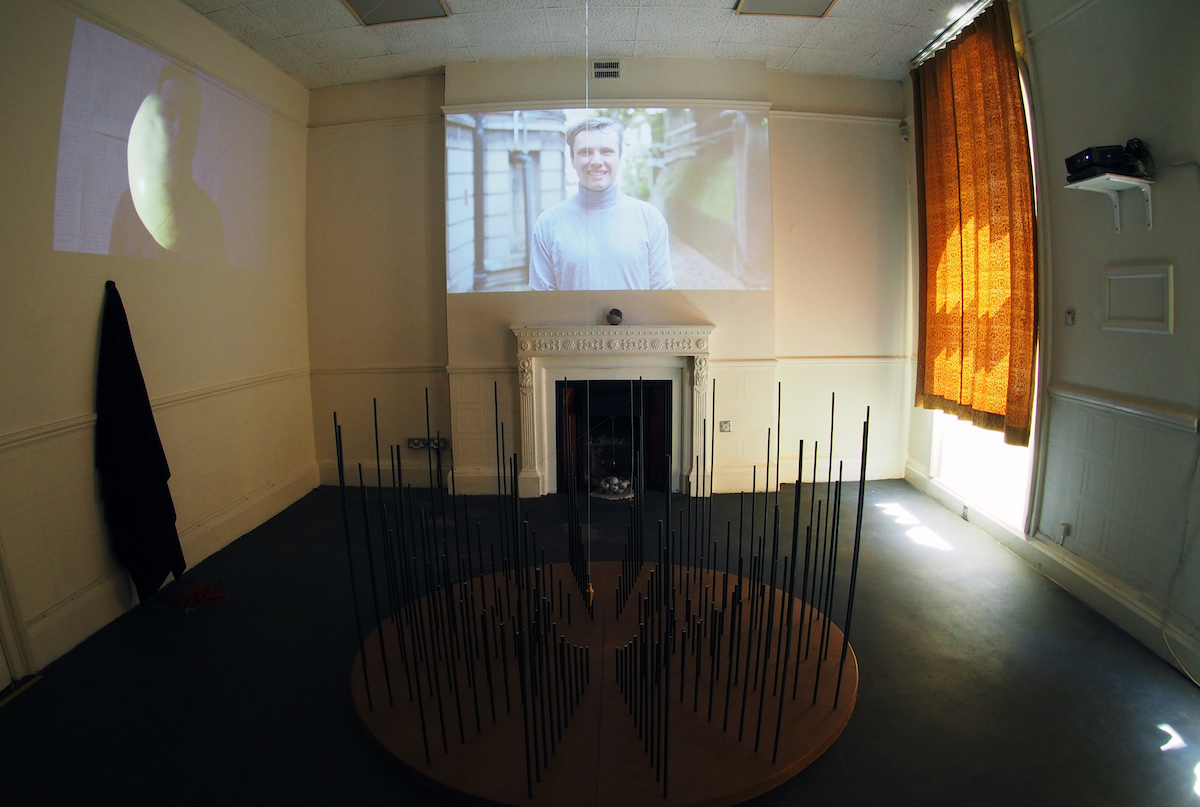 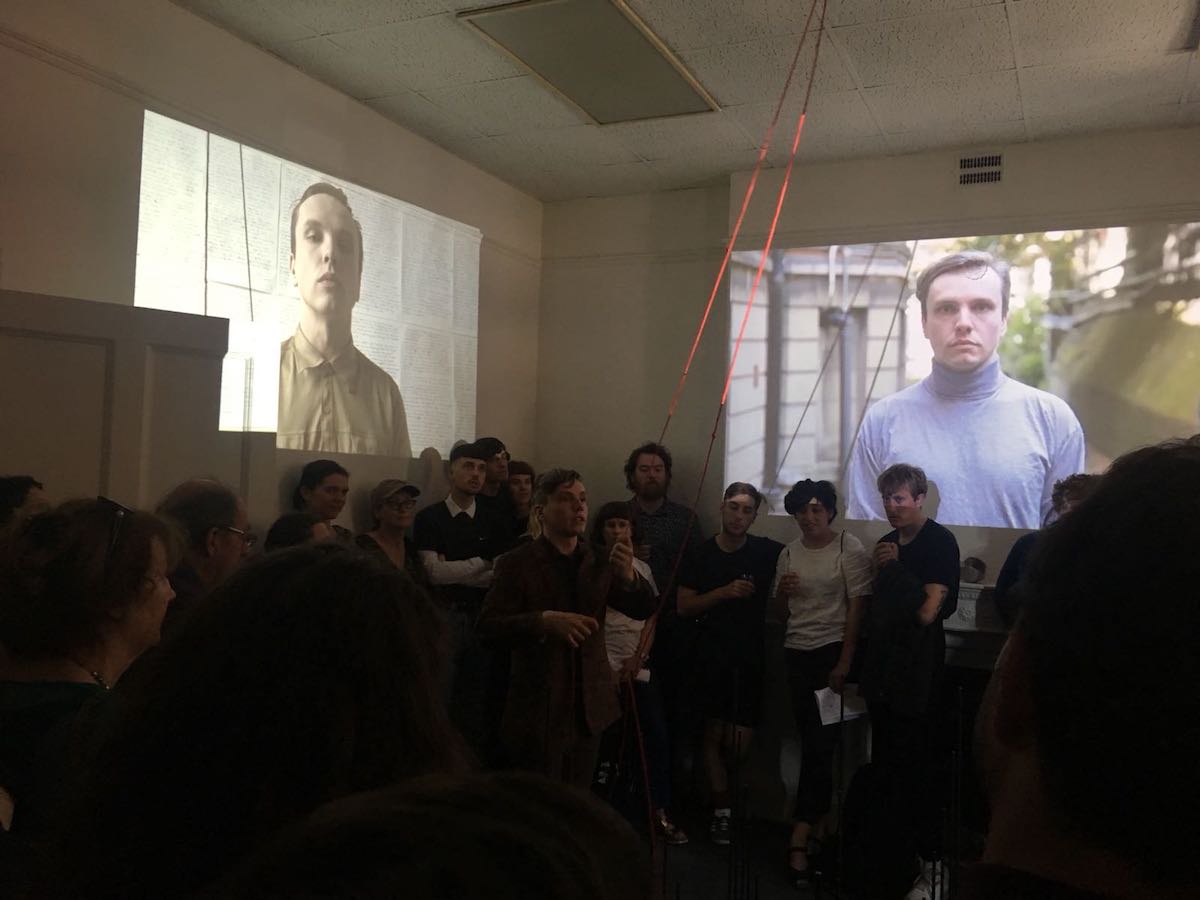 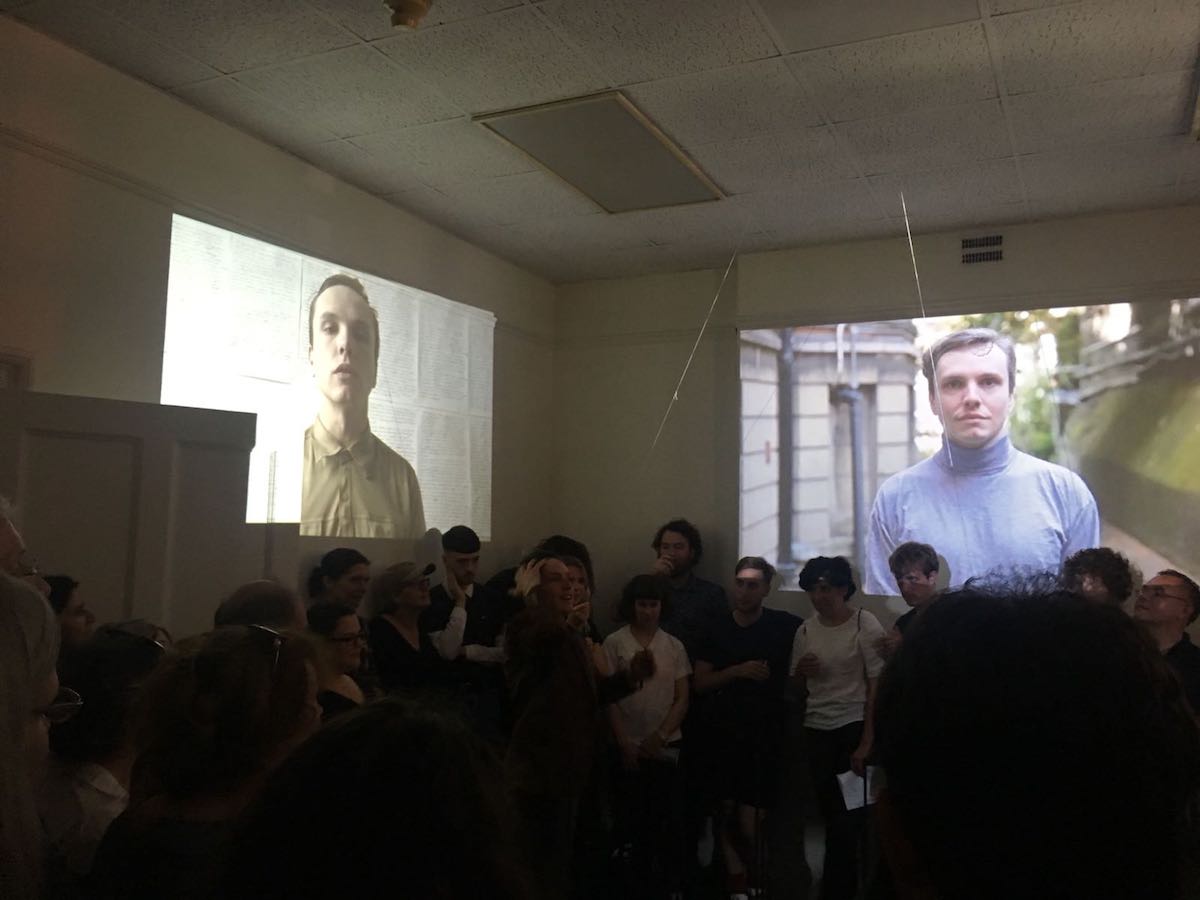 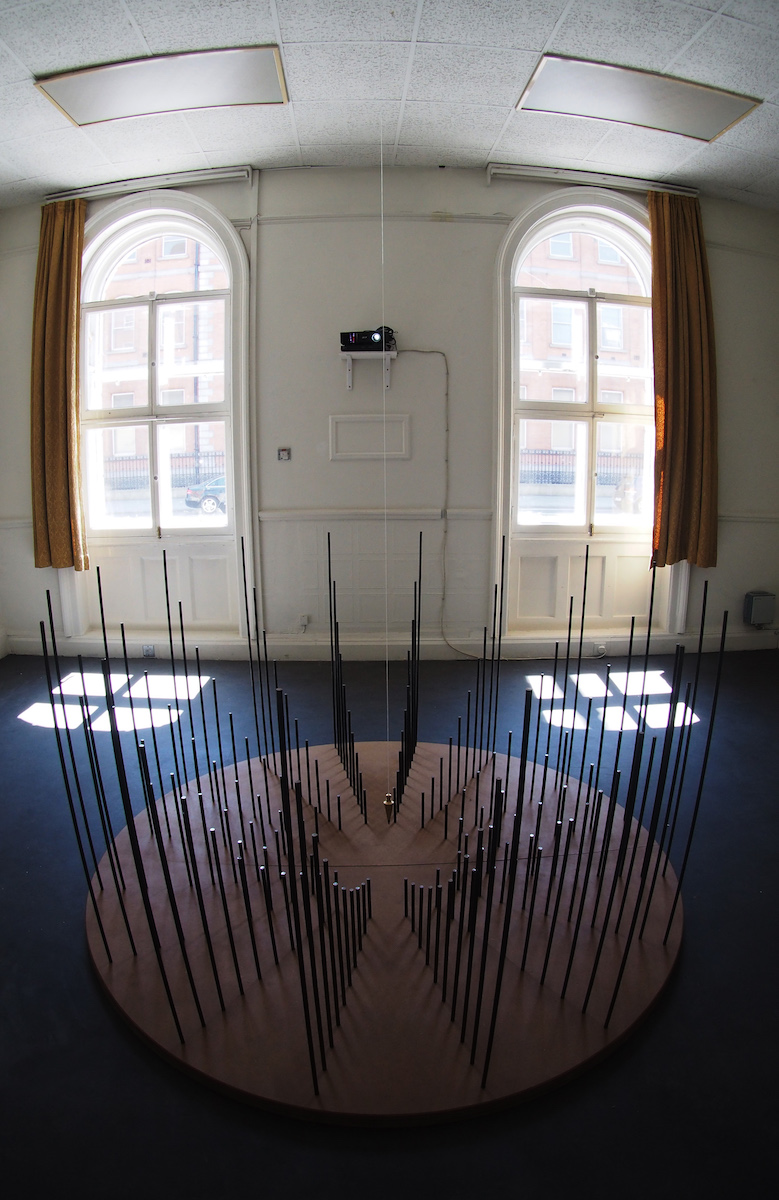 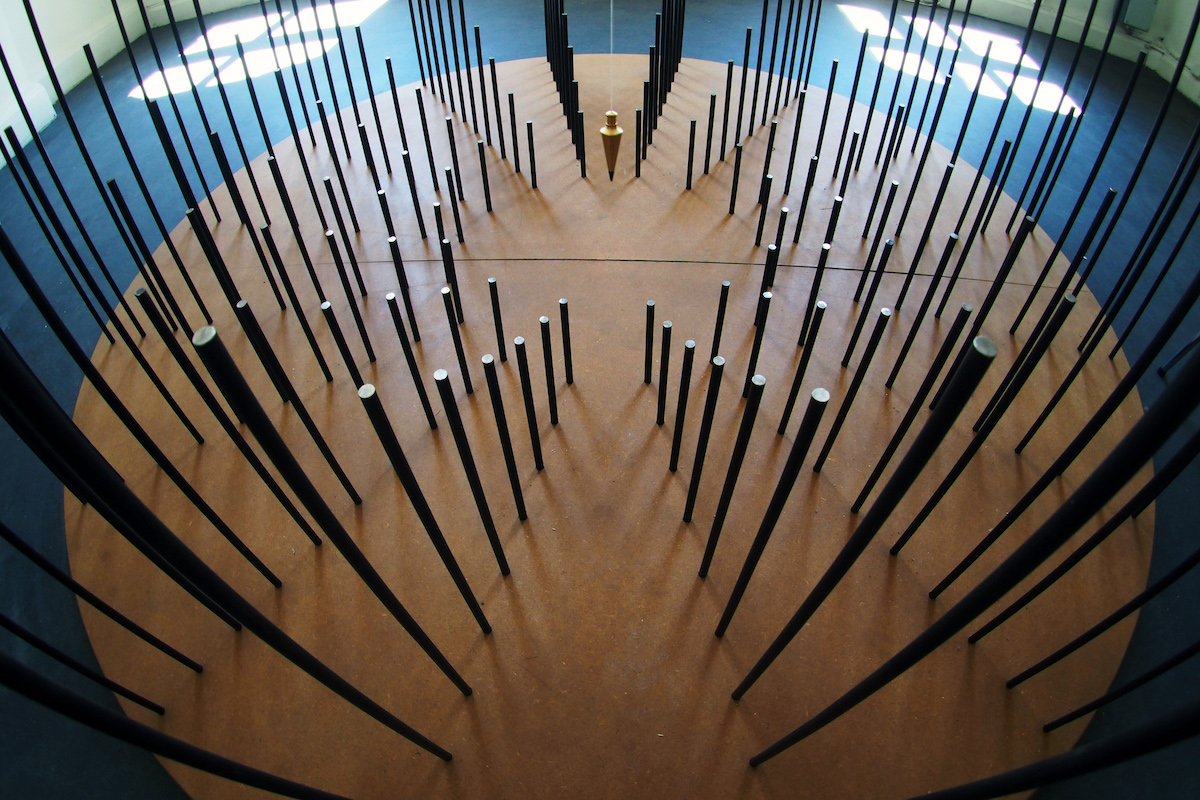 Stéphane Béna Hanly’s Act Natural embraces a form of performance that brings with it a healthy dose of confrontation. In the street level room where his work is on display, a video piece entitled Prostheta Smile is projected onto two walls at a perpendicular angle to each other. For the duration, we hear snatches of Boléro throughout, a piece that is thought to have been composed while Maurice Ravel was reflecting on the act of creation, a concern that is examined in Act Natural in an original, intricate way.

In Prostheta Smile (a title that like the name of the installation hints at a degree of enforced artificiality), we see Hanly in various guises, embodying a series of contrasting characters. One of these makes encouraging noises – yes, yes, glorious – mimicking the utterances an audience makes, perhaps unwittingly, to signify approval. A one-sided dialogue is struck up by another character; Oh hello, just me here. I’m here to prompt you, he says. This is half of a conversation that is completed in a live performance that Hanly gave at three scheduled times over the course of Act Natural. Outside the context of the performance however the sentence rings in the air over the noise of the traffic outside and acquires an absurdist quality, feeling like a question or a direction posed directly to the unsuspecting viewer in the room. Assuming the role of on-screen compère, we then hear Hanly declare that There are many of us here today, a clever wordplay that deliberately confuses the many versions of himself with the number of spectators or visitors in the space at any given time. These kinds of tricks or puns act as a means of weakening the control that language as a structure often seeks to exert.

I scribble the words, ‘jest, joker, jester’ on a page and think about the historical and political role of the comic performer as truth-sayer, word-player. Later on in the video, a nail is hammered into a wall and the phrase ‘hitting the nail on the head’ comes to mind, a phrase that can neatly be applied to the comedian’s canny ability for precise and accurate appraisal of fact. Occasionally Prostheta Smile experiences some interference in the form of two identical lunar-like spheres that appear on both screens, each spinning on their axis but at different speeds. It’s often said that a full moon has an effect on human behaviour, that it brings out something in us that’s dark and unwieldy. Here too they seem to trigger a shift in mood – Hanly’s facial expressions become increasingly agitated (there’s lip-biting, twitching, grinning and then gurning). The film image then begins to strobe and flicker as Hanly’s figure on-screen flips back and forth between frames at a dizzying rate, collapsing our irrepressible identification with the screen as a mirror of our own reality.

In the centre of the room a plumbline hangs from the ceiling, an elegant surveying instrument used as a vertical reference or to determine water depth. Comedians talk about gauging an audience, of ‘feeling the temperature of a room’, a means of discussing how much they are willing to be pushed or tested. In Prostheta Smile, we are given a code for understanding the large sculpture that sits on the ground directly beneath the plumbline, a circular piece from which emanates ten rows of symmetrically laid out metal rods at varying heights, the tallest at the edge, the shortest towards the centre. It’s a model of a city, we are told, where 1 millimetre represents 1 metre. Here the city is offered as a map for understanding the human mind. At the core of Hanly’s work then is an examination of how we adopt means – some more practical than others – of coping with or understanding the wider world and all its facets, chief among these being the strange, codified practice of human interaction. Act Natural suggests that try as we might to contain it, chaos often reigns beneath a thin veil that marks the surface.