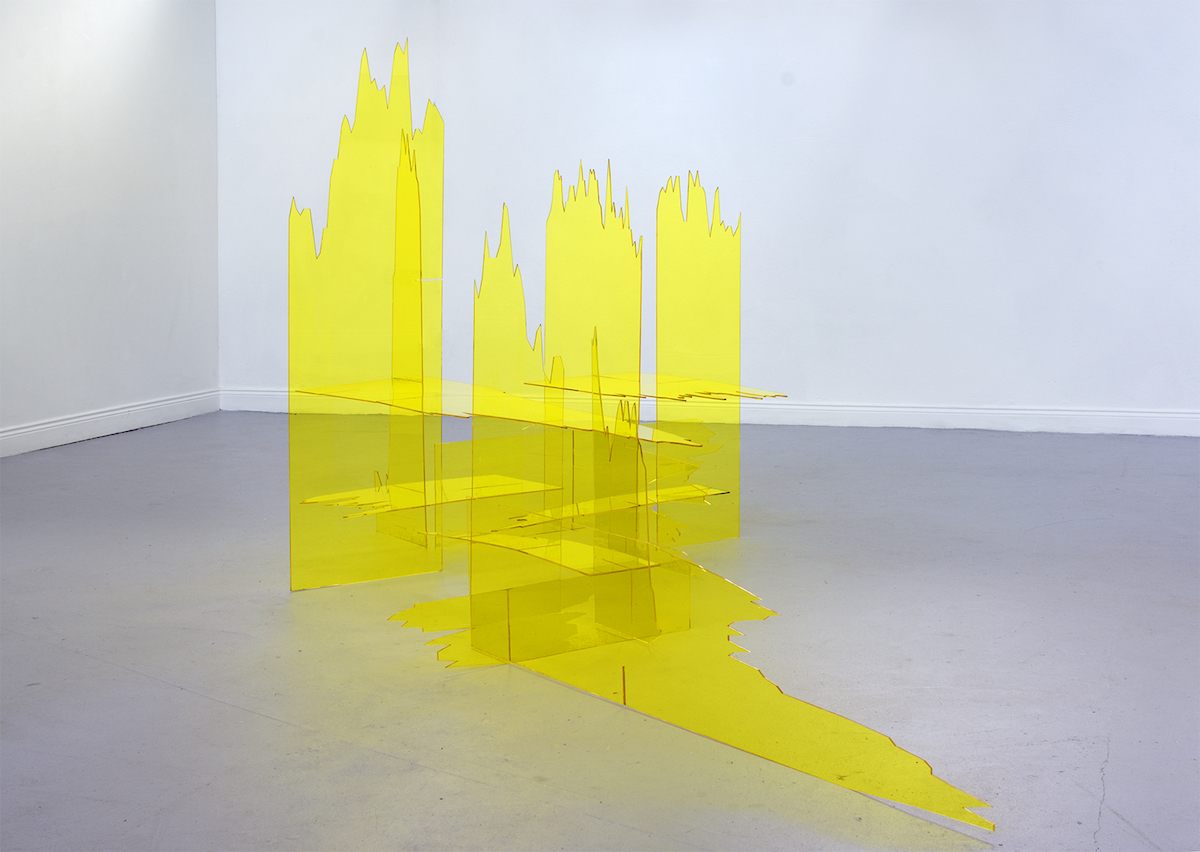 Niamh Schmidtke, Plane No.7 (2019) Front view of whole structure. Image courtesy of the the artist.

Niamh Schmidtke, Plane No.7 (2019) Perspex, Detail side view. Image courtesy of the the artist. 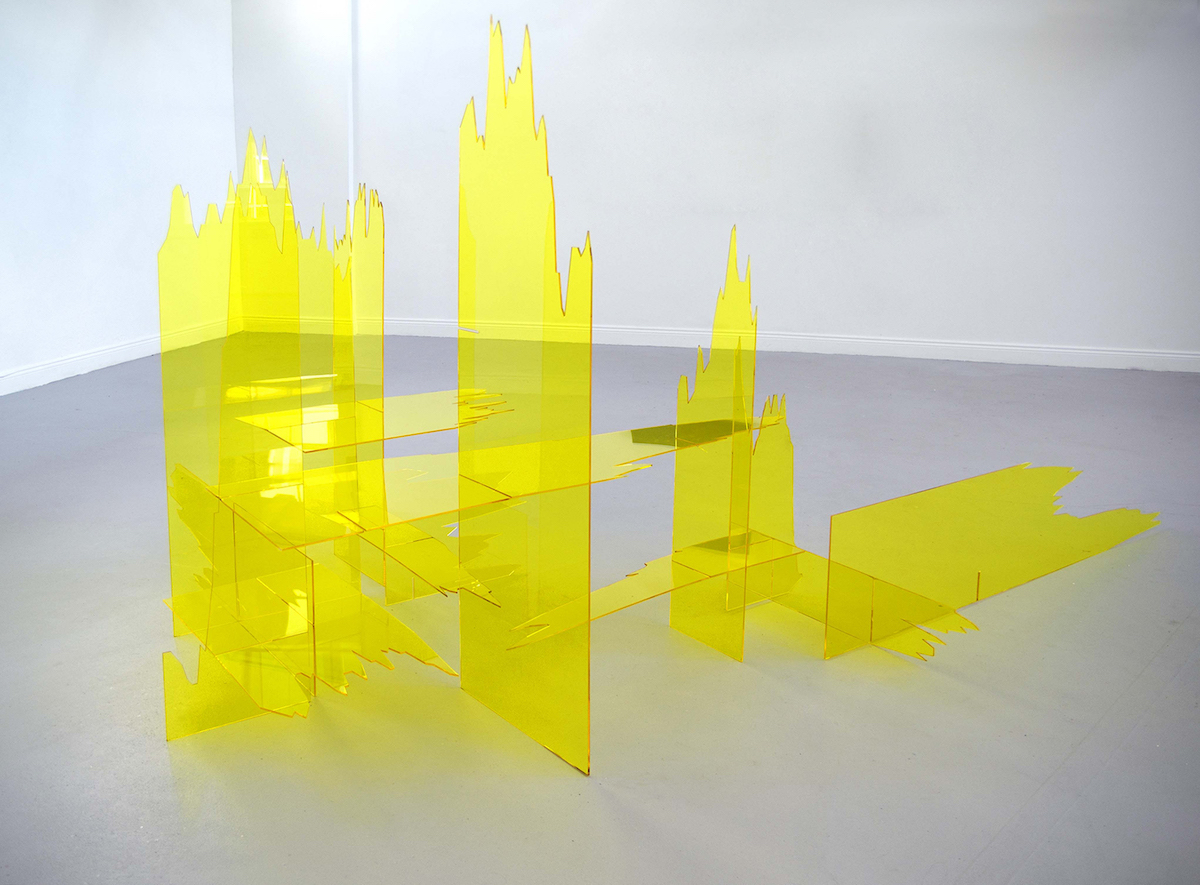 Niamh Schmidtke, Plane No.7 (2019) Perspex, back view. Image courtesy of the the artist. 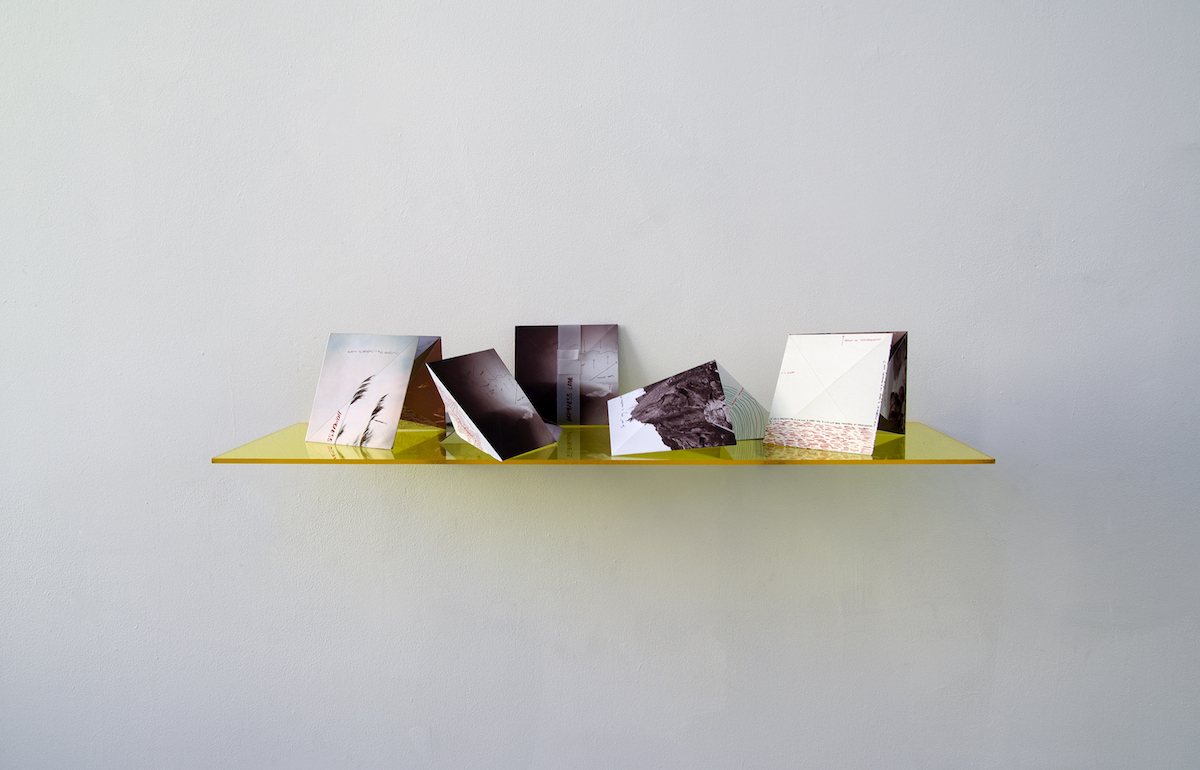 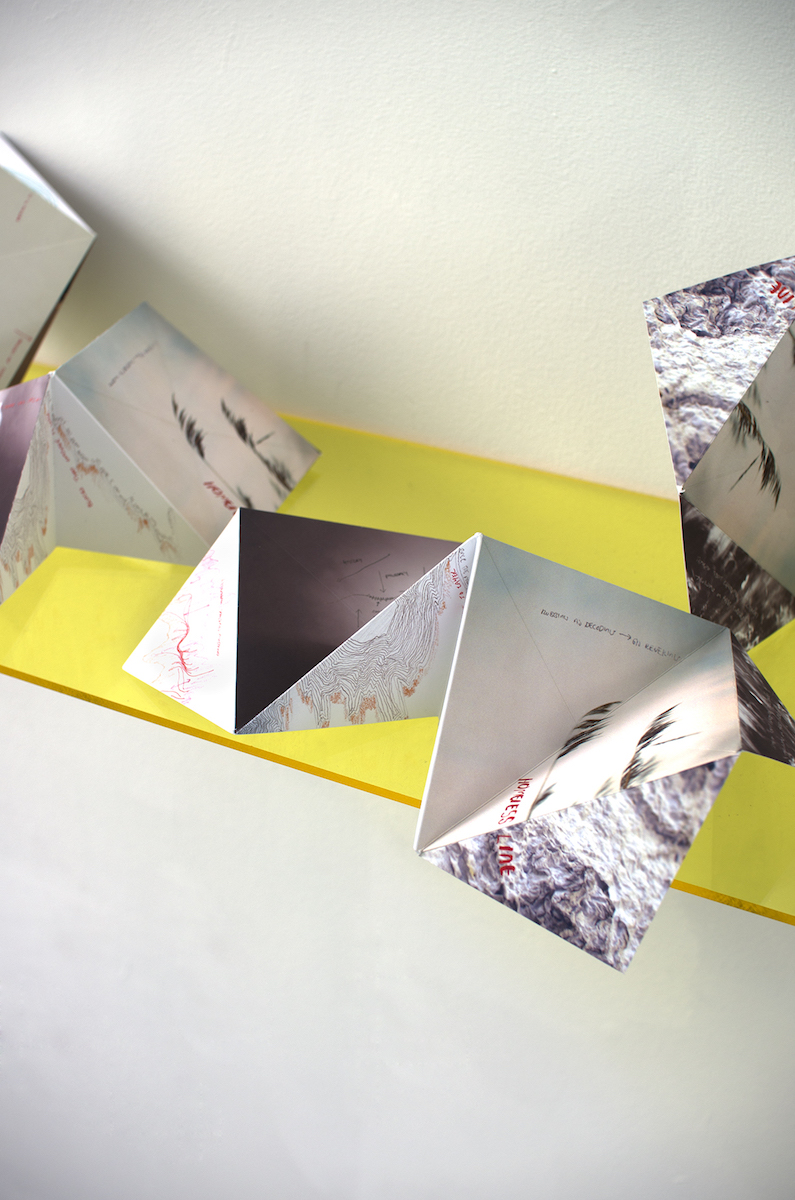 Plane No. 7 is a sprawling three-dimensional yellow perspex mountain range. It takes its form from European Union data sets on the cost of living in Ireland over the previous 22 years. Presented as a duo, the data visualisation is accompanied by 3d fold artist books primarily concerned with Gilles Deleuze’s concepts, notions of ambiguity and physical manifestations of non-linear thought.

Limerick School of Art and Design Graduate Niamh Schmidtke’s sculptural presentation of data does not however rely solely on an extracted concept mined from theory and presented visually. That the work in situ is quite impersonal, unlike many of those presented throughout the 2019 graduate showcase, also sets it apart. Plane No 7 is interchangeable, adaptable and infinitely expandable, much like the financial systems that shape its peaks and troughs. An example of non-pragmatic visualisation, Plane No. 7 does not pertain to visual efficiency in that it is not immediately clear as a particular data set or graph.[1] It wants to tell us something but relies on its own ambiguity to carry off the performance that is ‘art’. Its transparency gives the large-scale sculpture an ethereal feel. The sections of perspex warp slightly as they intersect. This questionable structural integrity mimicks the fragility of our economic realities which could collapse momentarily.

While the work does not overtly scream or protest, Plane No 7 slots perfectly into a veneered type of critique of capitalism, successfully playing with irony and projecting an awareness of the world in which it sits. The replicable and hypercommercial look of the work is a testament to Schmidke’s reflexivity and awareness of the systems that she inhabits. With an already rich body of work produced during her time at LSAD, Schmidke’s Plane No. 7 presented itself as the culmination of work by a motivated and concerned undergraduate, with an unusual sense of maturity and potential.