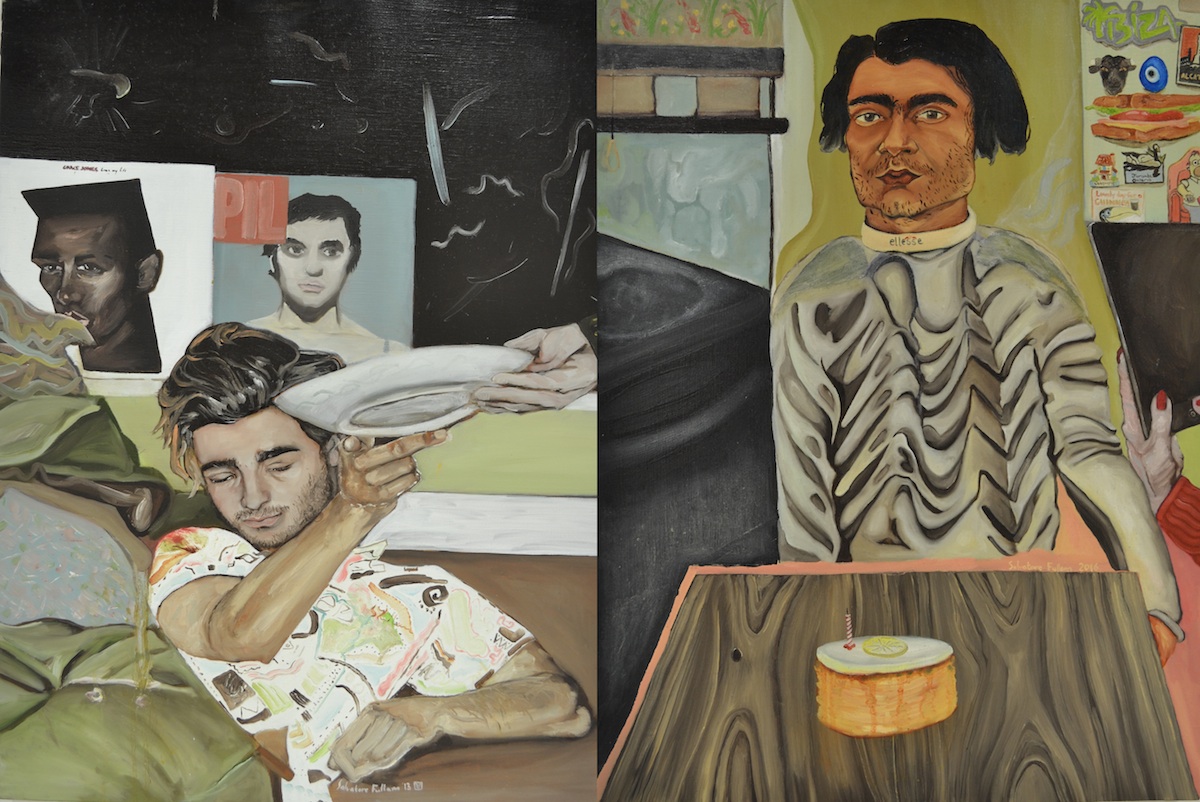 No sooner had I entered the empty white room in which the ramshackle expressionist portraits of Salvatore Fullam were hanging at this year’s NCAD Graduate Exhibition than I noticed the artist, so often figured in the paintings on the walls, slouched on a chair in the corner with his eyes half-closed but unsleeping; much like the eyes in Me and My Ma’s hand, a self-portrait on the far side of the room that I stood looking at for several minutes in an effort to shake the sense I felt, once I heard him sit up straight, of the artist’s gaze stuck to the back of my head. With his mother, grandmother, sister and friends taken as subjects only slightly less often than himself, Fullam is a collector of cramped domestic scenes which, although quotidian in character and drab despite bright colours, are usually warped and dramatized by what Roland Barthes, in his study of Saul Steinberg, refers to as transgressions; points at which the limits of the frame are broached (that is, pierced; that is, raised for discussion) by something from outside it (the interjection of a limb, say; or a gaze from the periphery). In Self-Portrait on my 22nd Birthday, a partially figured iPad edging into the right of the frame is held by Fullam’s grandmother – of whom we see no more than her purplish left hand – to frame a photo of her grandson and his birthday cake. To this peripheral gaze Fullam devotes no more attention as a subject than he does as an artist. Looking beyond his grandmother, ignoring her iPad, his own gaze remains fixed on whatever’s at the end  of the table. Not you. Not me. No viewer but himself. Or so the back of my head felt lighter to believe.