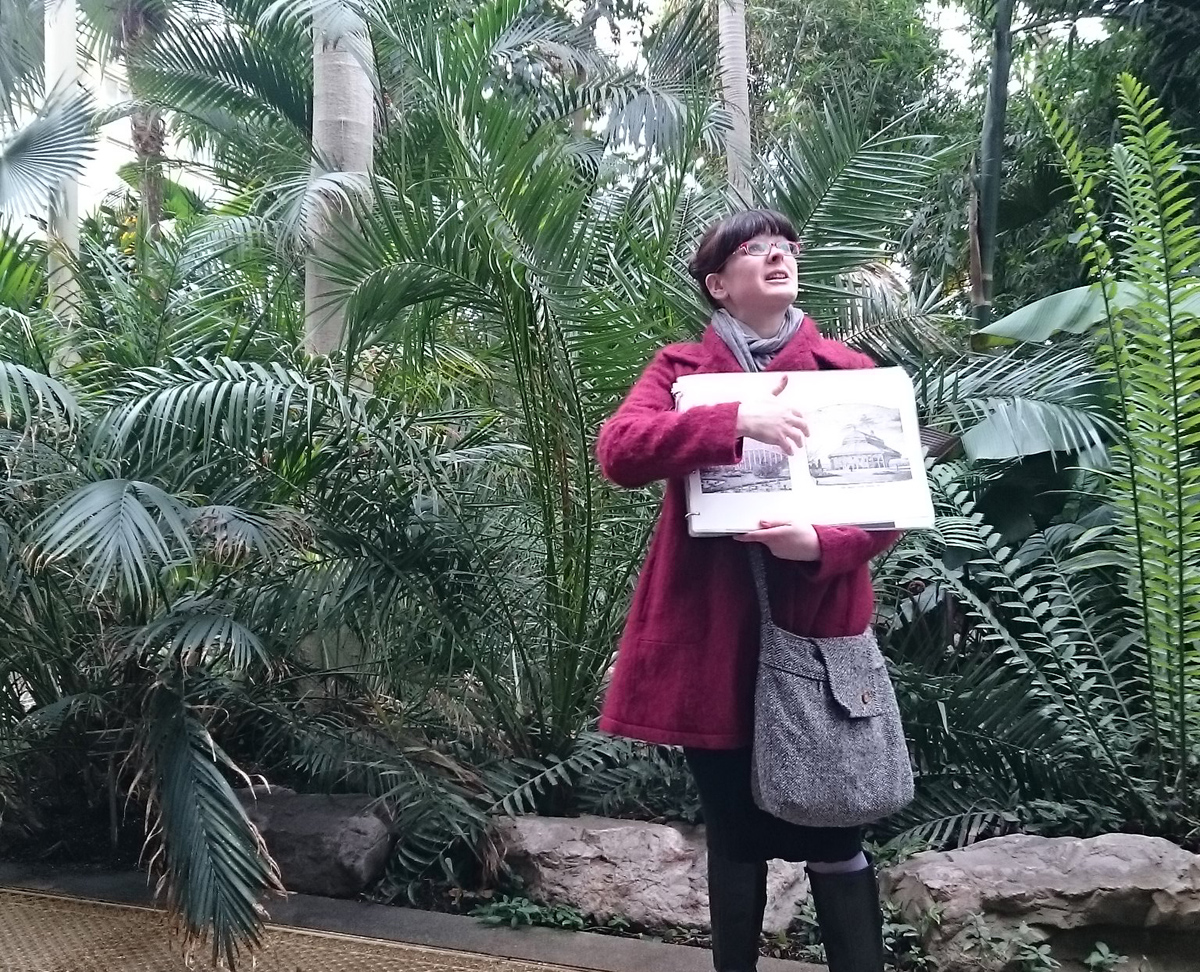 Unthinking respect for authority is the greatest enemy of truth. [1]

At the entrance, Jane Locke provided general background information on the origins of the Botanic Gardens. She held a sheaf of laminated illustrations and these were used throughout the tour to bring attention to some salient point or provide a visual context for an anecdote. The illustrations included maps of the gardens through its history, black and white drawings, some print reproductions and coloured dream-like drawings, which I assumed to be her own response to research done on site for this project.

Significantly, Jane Locke introduced herself as an artist who also holds a science degree and works full time in the pharmaceutical industry. I was not alone in being predisposed to believe whatever information she chose to impart.

It was easy to be drawn into the luxurious language of the behind-the-scenes stories and feel privileged to gain access to the artist’s insights from her involvement with this commission. On a few occasions, Ms Locke drew attention to the various men involved in the earlier history of the gardens: the firemen, the diligent under-gardeners, the courageous aerial mappers in their hot-air balloons…

During an informal chat afterwards, the artist spoke of a tipping point in disbelief; she had expected some cynicism from participants in the tour as her stories wandered more and more into fantasy. In retrospect, I have come to understand that total enjoyment combined with utter gullibility has dangerous implications. Ms Locke’s art of persuasion subtly forces one to confront an inherent willingness to accept authority without question.