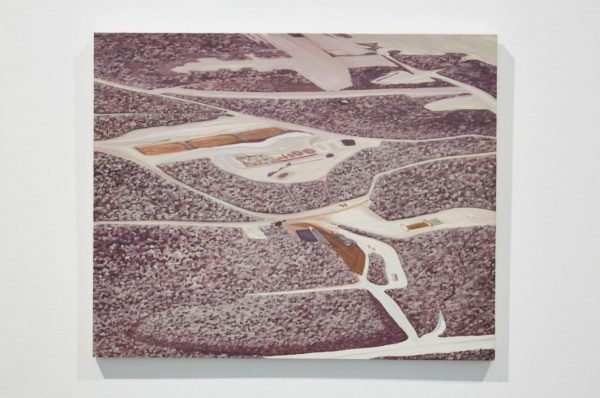 Carol Rhodes Trees and works, images courtesy of the gallery. 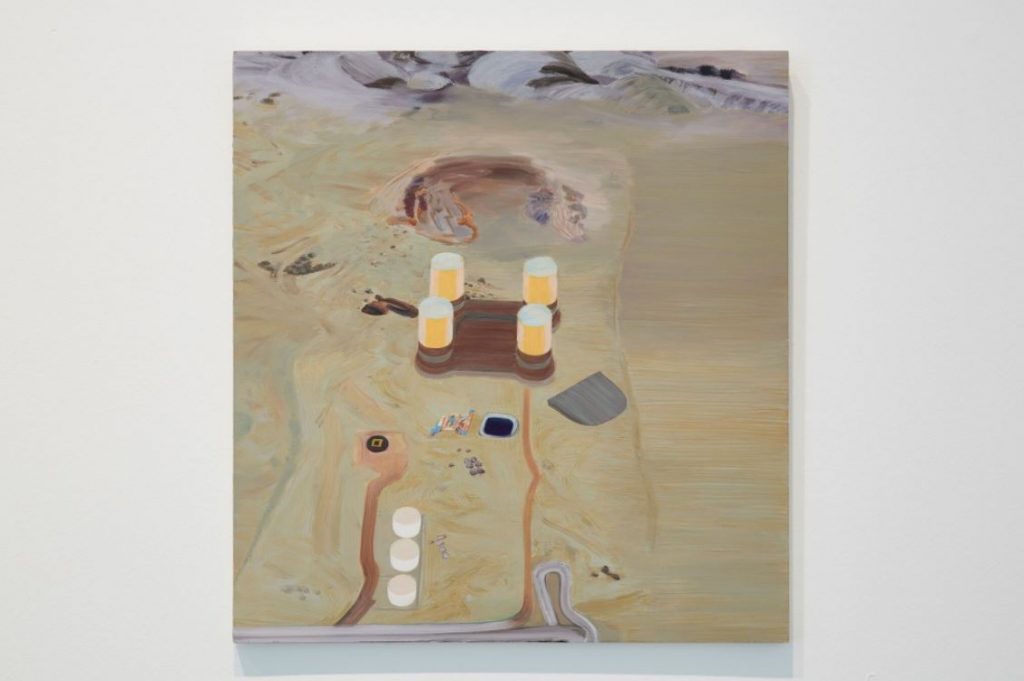 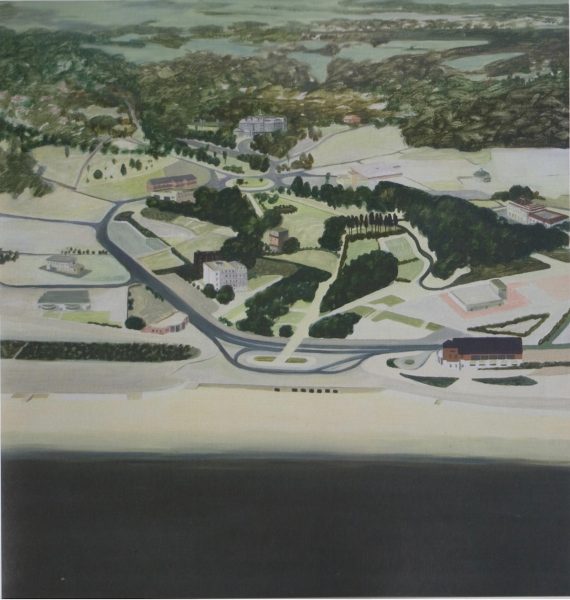 Carol Rhodes, Survey at the MAC

Survey is Carol Rhodes’ first exhibition in Ireland and a mid-career retrospective for the Scottish artist. The components that make up her painted vistas of exurbia are recognisable and fictional; details come from a number of sources but primarily her own aerial photographs. This mimics a dream state, made up of what we know, but distorted and altered.

There is a feeling of unease within Rhodes’ work, that something is not quite right. Maybe it is the way the roads don’t always fit correctly or connect with each other. Sometimes halting abruptly or looping and turning into each other in a confusing manner… Or is it the fragile and odd placement of buildings, which rest uneasy and itch of discomfort, looking as if they have been placed there, not built. Even what is natural has a mysterious quality; trees seem poisoned and untrustworthy; water is oily black, darker than the roads and pathways inland – which themselves seem newly paved yet untouched and dusty almost. Towns lack activity, houses seem hollow and train stations have no arrivals.

Rhodes’ scenes are places one would pass through, with no inclination to stay. There’s a sense of a fleeting exit or a longing to be visited. The buildings give the impression they are avoiding us; man-made structures angle away from each other, a sense of community non-existent. When looking from a distance at something, movement is difficult to capture and details are not so necessary. The hovering aerial angle and dreamlike quality of Rhodes’ work coincide with her interest in the relationship between photography and painting.

The 23 works in Survey span the last 23 years. However, since there has not been a drastic change in style over the years, this may not be so apparent. Rhodes’ style is steadfast and thoughtful; her paintings, which are astutely put together, conjure an atmosphere that leaves the viewer at a loss as to where their truth lies. There is something insidious at work in her paintings – the horizontal laying out of space acts as both thin veil and a peeling device simultaneously.