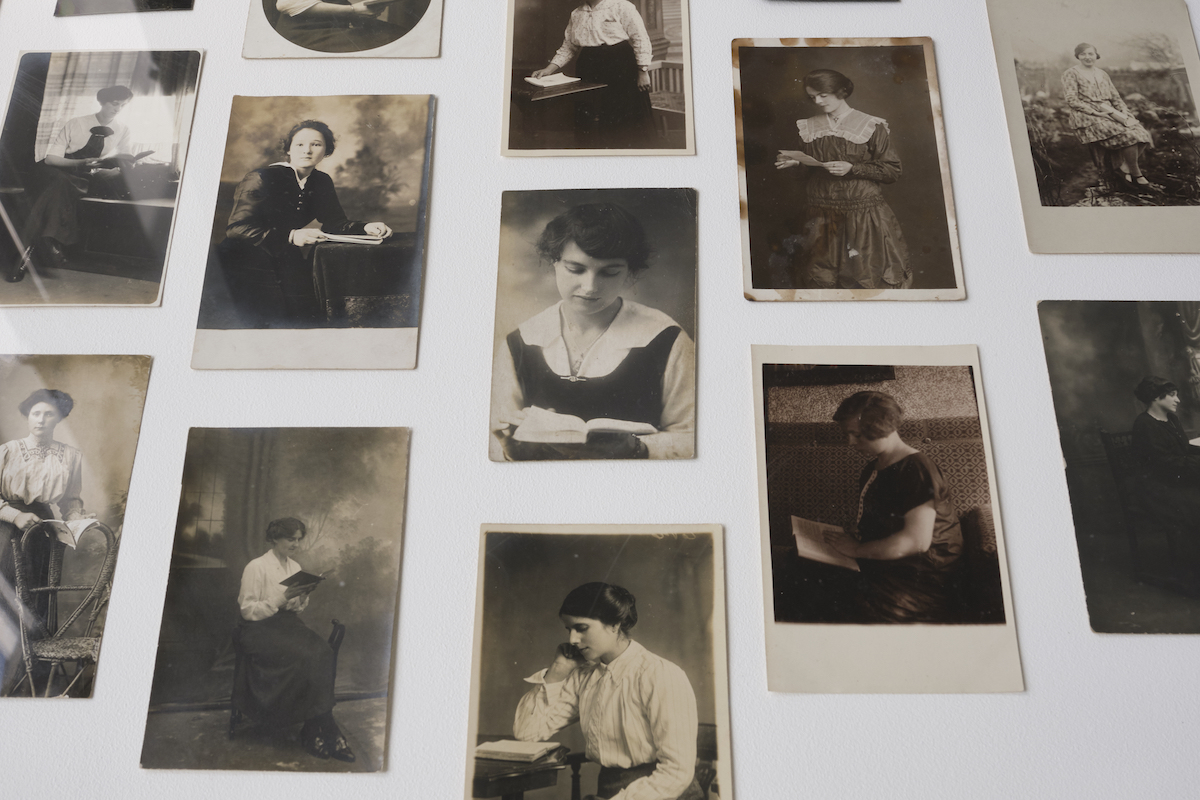 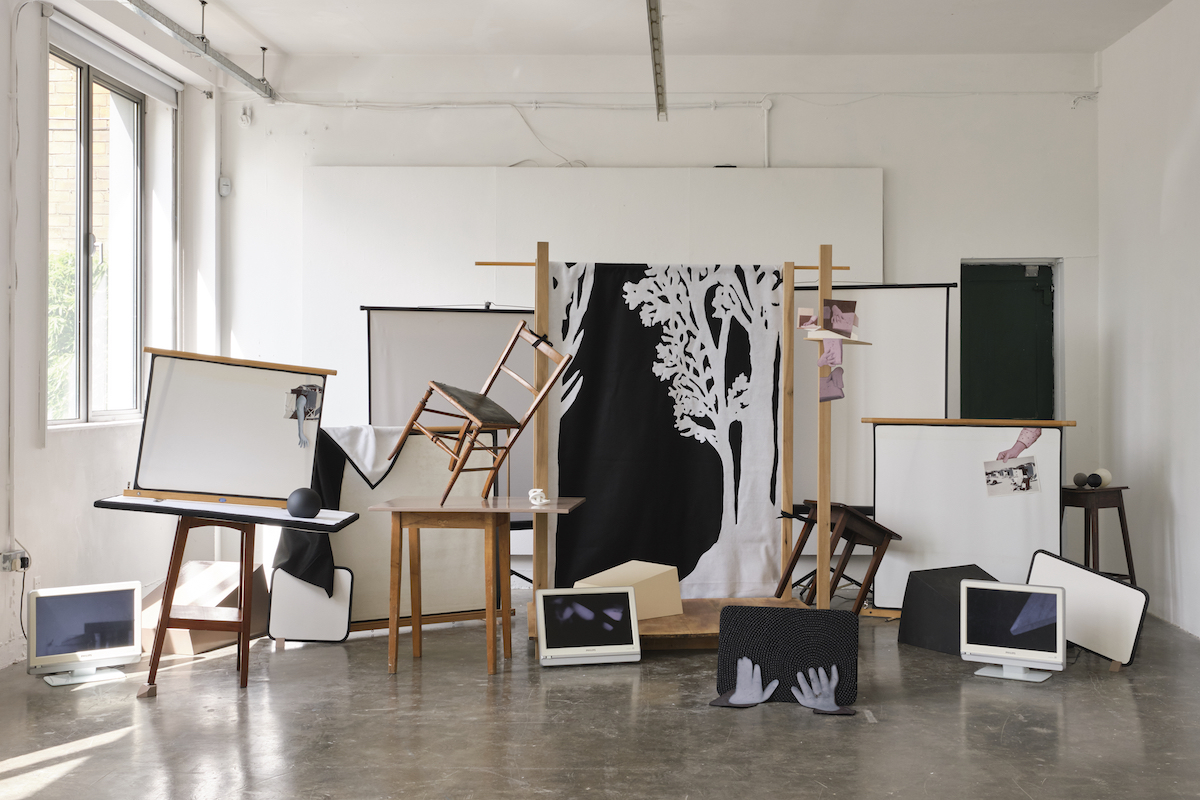 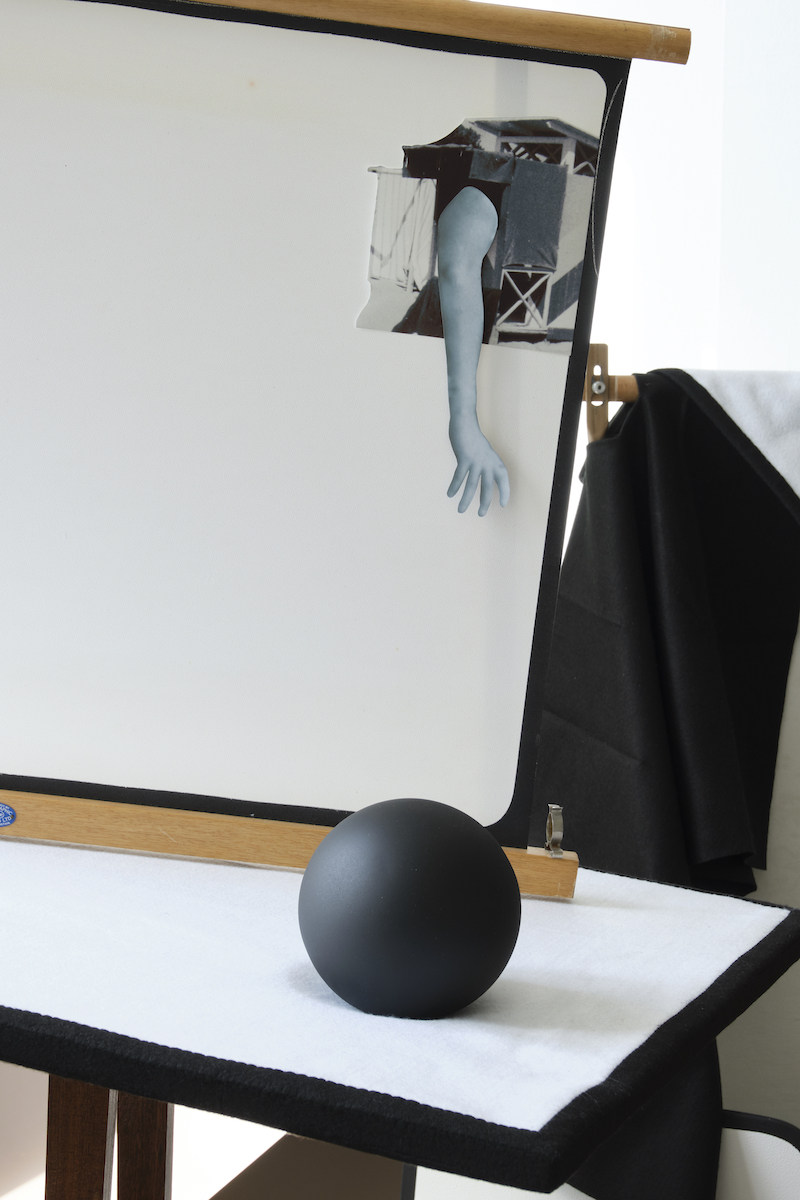 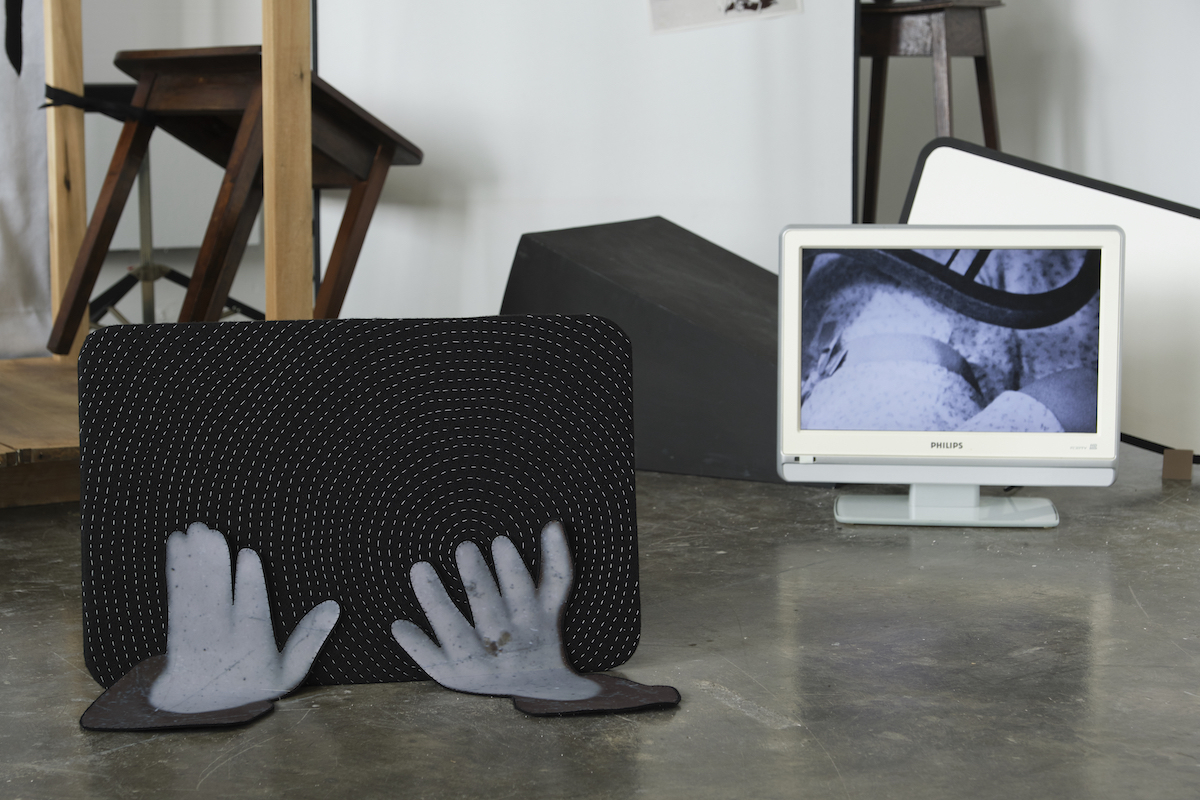 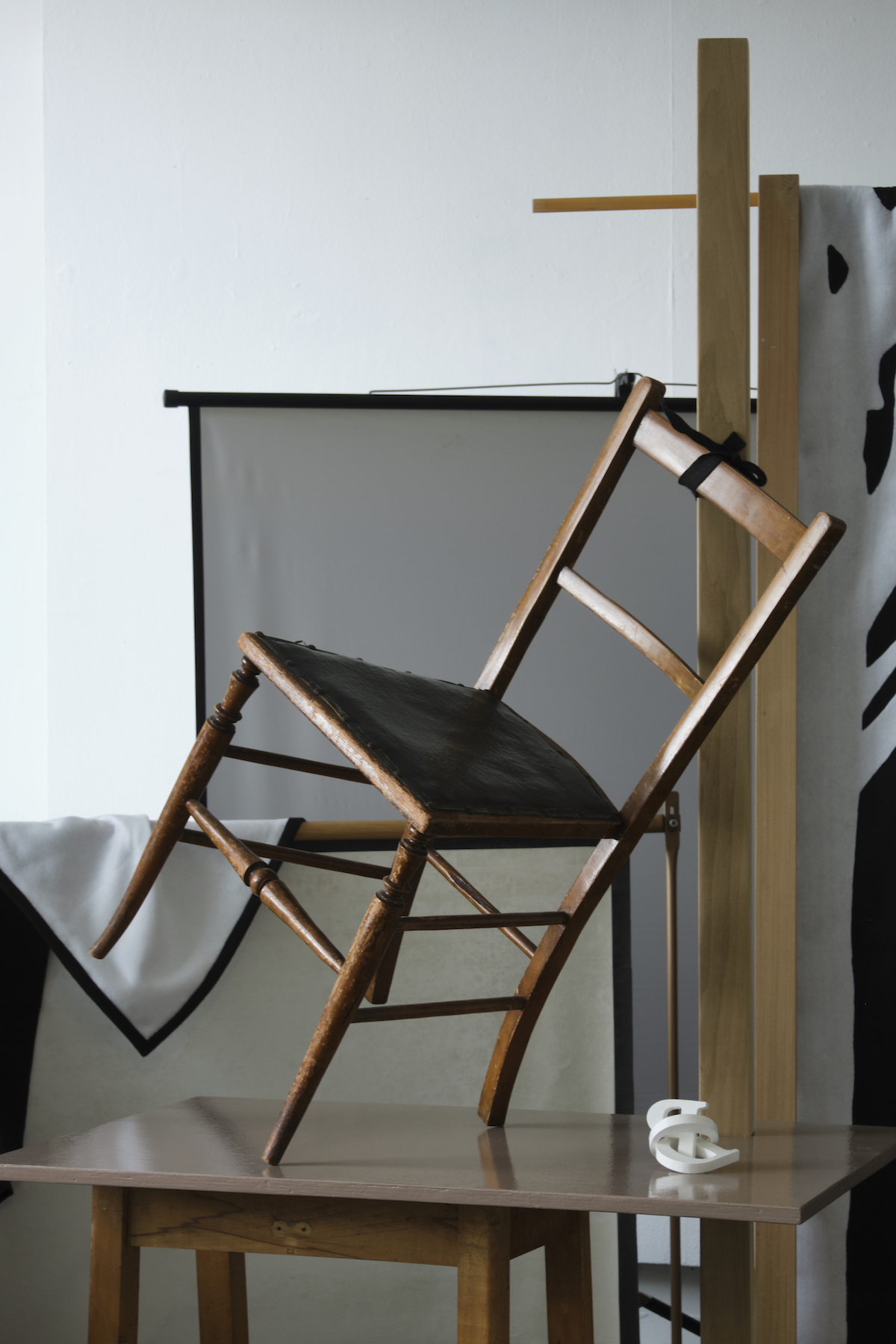 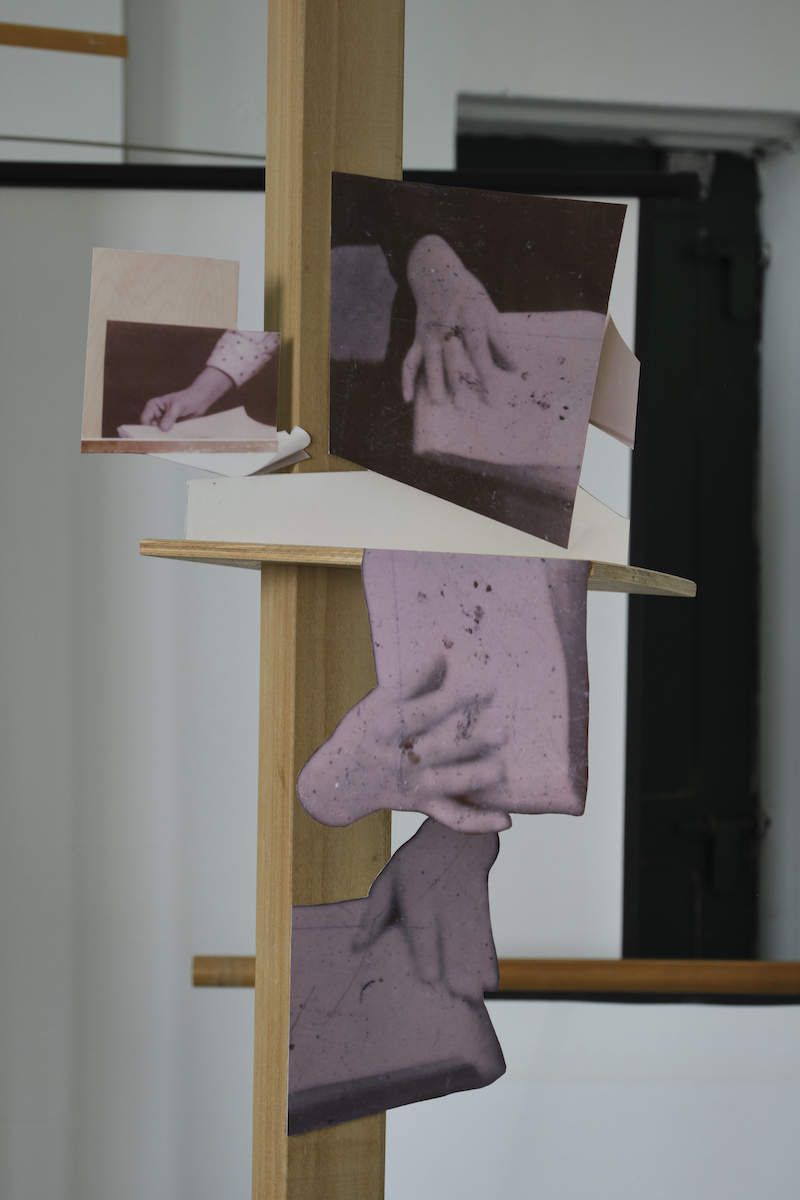 [If reading is a telepathic act, can writing be a reverse-divination?] [1]

When the four-poster laboratory exploded in the gallery the past hands became momentarily visible. There were the old proffered things, lightly held, with points and lines traced along in the previous future. Their new presence further shifted all that was thrown open; rather than blown apart, each object seemed like a tethered, mingled thing. Meanwhile, the background shrunk and flickered, humming softly to itself.

As their weightlessness touched on the transmission that they were exposed and fused to, they became performed: enacted only in image. With that came a new affinity with the collodion prints, which were perhaps forever in situ and still, sealed off in their pristine display cases. These were collected women, interrupted, but the image apparatus had malfunctioned; the real information, what was in the moment of passage, was hidden. The screens were bleached clean. Or did they always lie in wait? In the vulnerable unknown it was hard to tell what potential communication might be.

Other apparatuses became transformers in the moment. Vibrations turned into solid objects, spheres turned into greyscale. Stand-ins, again, of things that might break down from the whole. Phenomenologically, dividing those perceptive facets that shape space experience, even as they simplify and mimic one another, is believed to be impossible. Perhaps the mining is not in clues and interpretation, but suggestive pathways out the other side, where the nature of perception is not yet recognized.

We need this ‘thing’s exteriority in order to see it, and then that backdrop came in. It had inverted silhouetted fingers, letting the ether become textured, tactile. We see the trees because of their thresholds, the point of demarcation. When visiting and embodied in felt, relegated to backdrop, are they still trying to speak? [2]