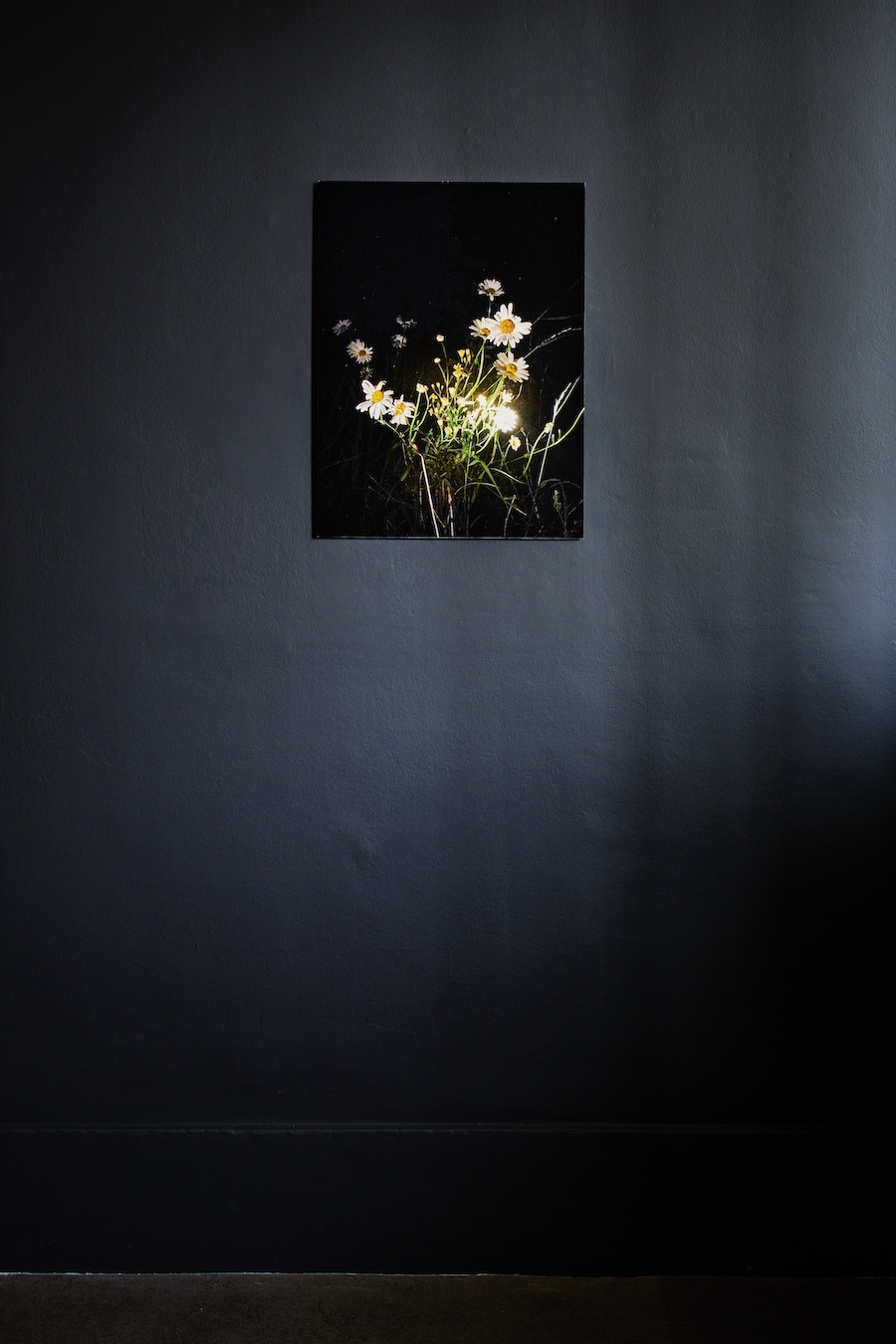 Saidhbhín Gibson, And tomorrow will be beyond imagining. Photo Ros Kavanagh 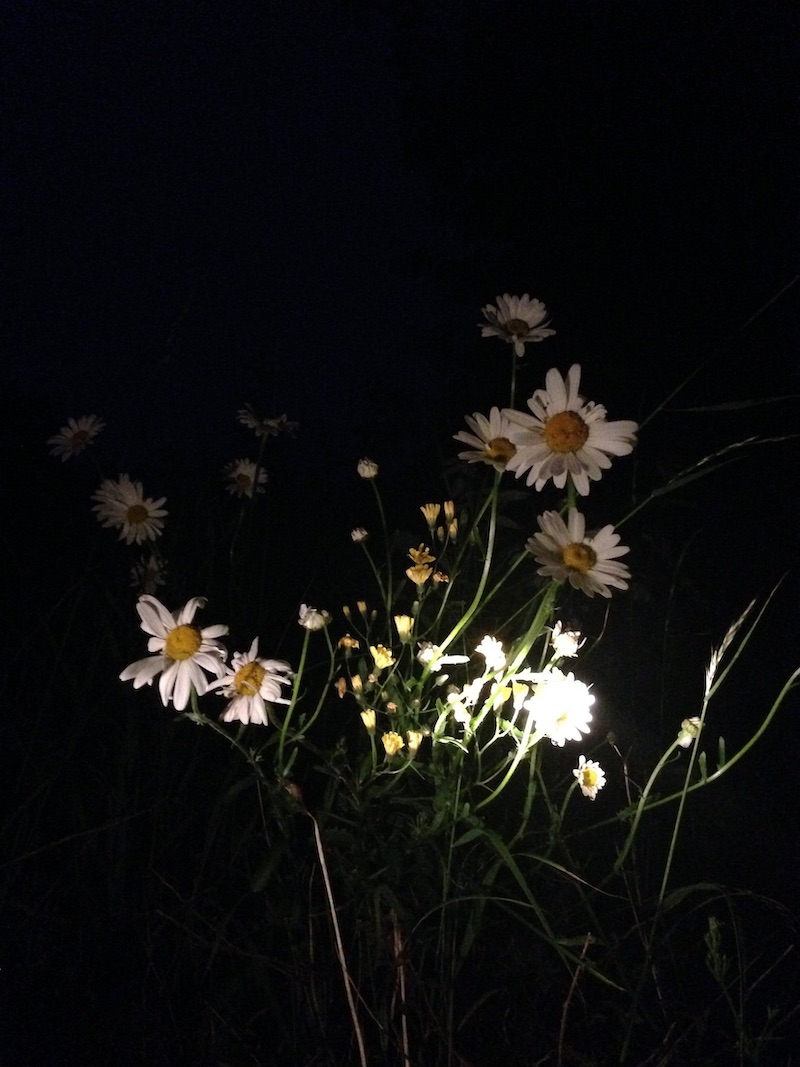 Saidhbhín Gibson, And tomorrow will be beyond imagining. Image courtesy of the artist.

Saidhbhín Gibson, And tomorrow will be beyond imagining.

You could easily miss Saidhbhín Gibson’s photographic print And tomorrow will be beyond imagining upon entering IMMA’s A Vague Anxiety exhibition. Hung to the right of the doorway, the small pigment print on dibond is dwarfed by the large Helio Léon photograph that dominates the central entrance space. Yet the piece is one of the most arresting evocations of anxiety in the exhibition, that subtly unnerving state described in the catalogue as “the constantly and somewhat vaguely felt hum in the backdrop of our daily existence.” Gibson’s night scene captures a spurt of daisies in glaring spotlight. Trapped in the narrow foreground, the wild flowers take on a surreal startled quality as if they have been suddenly caught unawares. Their long lurching stems and frayed petals cast contorted figures in the dazzling light. Anxiety transforms the mundane into the monstrous, warping all perception of ourselves and the world around us. The animate nature of Gibson’s work leads the viewer to project their personal disquiet onto the innocuous subject.

The invasiveness of And tomorrow will be beyond imagining also evokes the very real intrusion of humans on the environment. Oxeye Daisies, also known as Dog Daisies, bloom in Ireland during the summer months, often in precarious proximity to human life, along roadsides and motorway embankments, in housing estates and industrial complexes. The recoiling movement of the plants against the irradiating light reflects their vulnerability to unnatural pressures. The artist-photographer risks becoming an equally exploitative presence in subjecting natural phenomena to the camera lens; a mere purveyor of visual pleasures for a ready audience, packaging wildness as a product to be consumed and discarded in an endless feed of images. The complex implication in Gibson’s work, as the catalogue states, is that “plants and nature no longer have privacy but are merely props as a background to human narcissism.” And tomorrow will be beyond imagining is a portrait of exposure, where the subject’s stripped privacy triggers our own vulnerabilities and culpabilities in the face of anxiety.