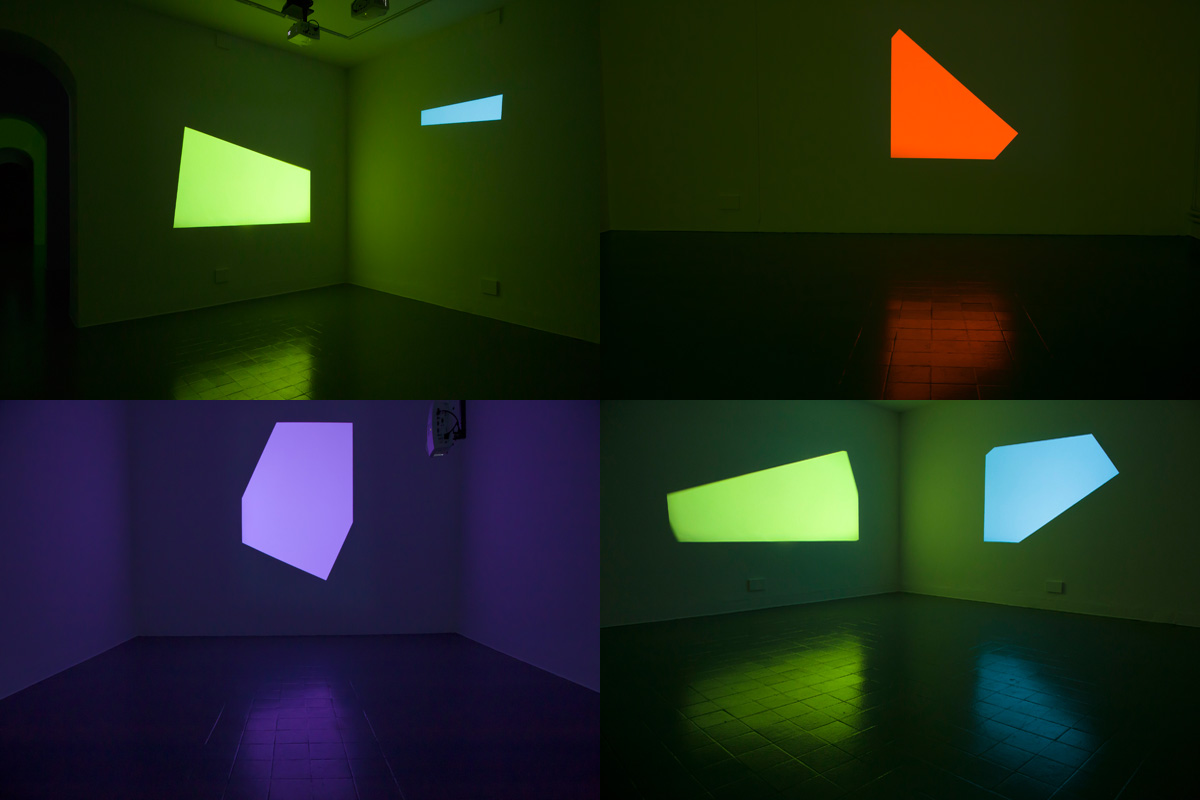 Michael Snow, The Viewing of Six New Works at the Butler Gallery

Green light: Go. Red light: Stop. Why should light matter at all? Michael Snow’s early play with video footage presented the document of his recordings as a material. But that was the 60s. With his latest series, there is no obvious workable material to corrupt or enhance. Instead of film there is just the light of a digital projector, and in many ways this is the option favoured by video artists working today. If the perceived advantages and range of after-effects are an attraction for many of today’s artists, Snow has not been taken, nor has he been deterred. Here, his material and his subject come to us by way of light. In subsequent darkened rooms this coloured light identifies as a pattern of movement. Like a computer game character snagged on a programming glitch, scaling and sliding down the face of a flattened gorge, Snow’s colour blocks have been left to hang. This is a figurative hanging, not a literal one. We must give up looking at this mirror of the lazy eye as it drifts, without reason apparently.

What the eye sees, but afterward will only pass off as a memory, this is what Video art illustrates unlike any art form before it. Where Impressionist and Fauvist painting channelled the immediacy of experience, slowly revising traditional studies of still life, so video has been abstracted and replaced by a digital counterpart. We refer to it as video but what we get is a great deal more removed from sunlight than what happened for painting. There is something to be said for analogue if digital withdraws us from the movements and impulses of our own sun. It would appear that this series is a homage to the digitisation of the sensational reveal, delivered knowingly but cleanly. For this showing, however, eloquence is lost in the final and larger room as three separately moving blocks of colour vie for our attention. With none of the same urgency that we ordinarily associate with the passage of light, transitions no longer appear special. We must choose, or worse, integrate colours into a working relationship; compelled to judge them against one another; thus the machinery of the world is once again laid bare as all consuming. The question is: if we had multiple suns, would life demand the same urgency and could this urgency ever be met?