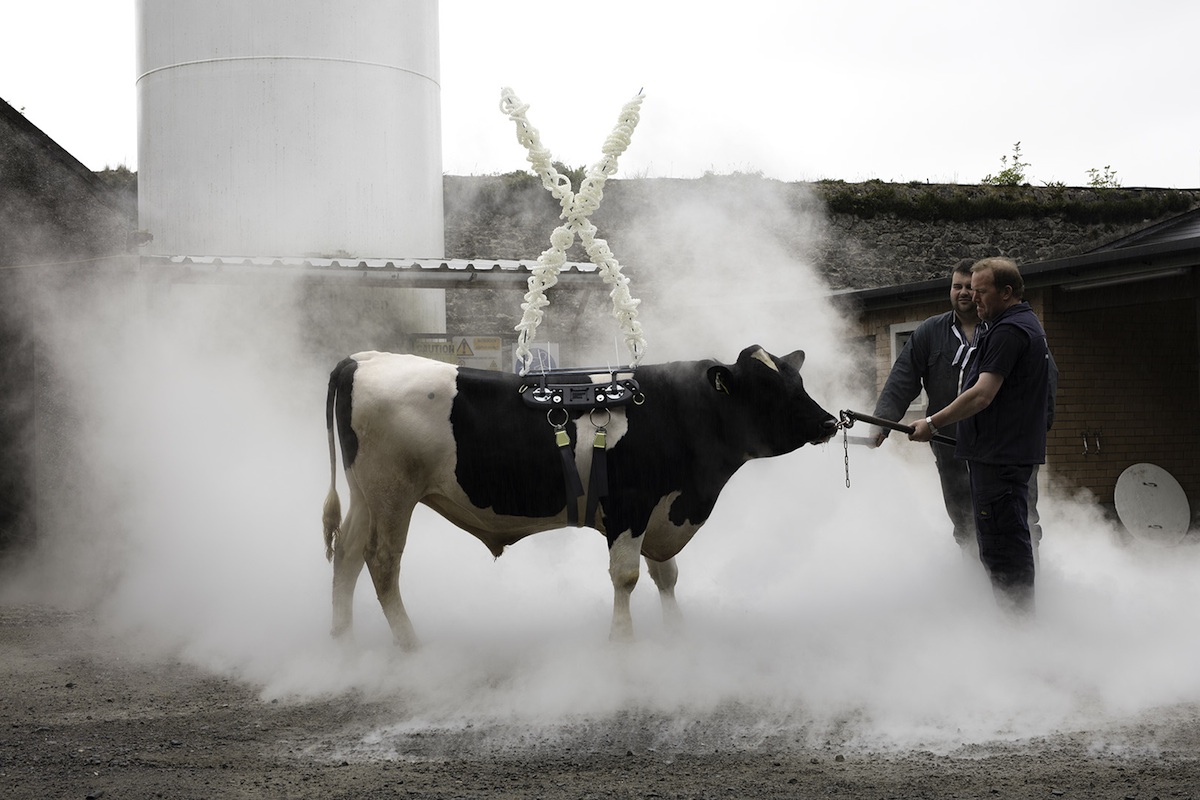 I never thought I’d have to write the words ‘semen straw’ and yet here we are. The gallery walls are hung with photographic prints of bulls and their handlers, with sculptures made from the aforementioned multi-coloured straws used in artificial insemination. The prints are reminiscent of 19th century paintings of horses and their proud owners. Painting too is evoked by all the fleshy muscled bodies – the curls on a russet bull’s neck, dark lush trees, the white fizz of a tail. These bodies are weighty in contrast to the sculptures attached saddle-like to their backs, apart in their bright undulating forms. A white X is seen through steam on the back of one bull, a row of horns on another.

The candy-coloured sculptures, now detached and in the centre of the room, are intricately woven curved and spiralling forms. Some have a child-like exuberance, which contrast with the more serious nature of their inspiration, McKinney’s research into genomic selection in cattle-breeding.

On a screen in the darkened room next door, a camera follows the light on the flanks, balls, and dung smeared buttocks of a dappled Belgian blue bull. Pampered, but so very constructed and constricted are these beasts. The delicate sculpture perched atop the bull ‘s back trembles; the image calls to mind the mythical, Minotaurs roaming a complex labyrinth of genetic geometry. Humans have ventured down these paths of creation in sometimes dangerous directions, designing hybrids according to their desire. The bull rolls its mournful eye in my direction. I leave, letting the plastic curtains that hint of the meat factory fall behind me.