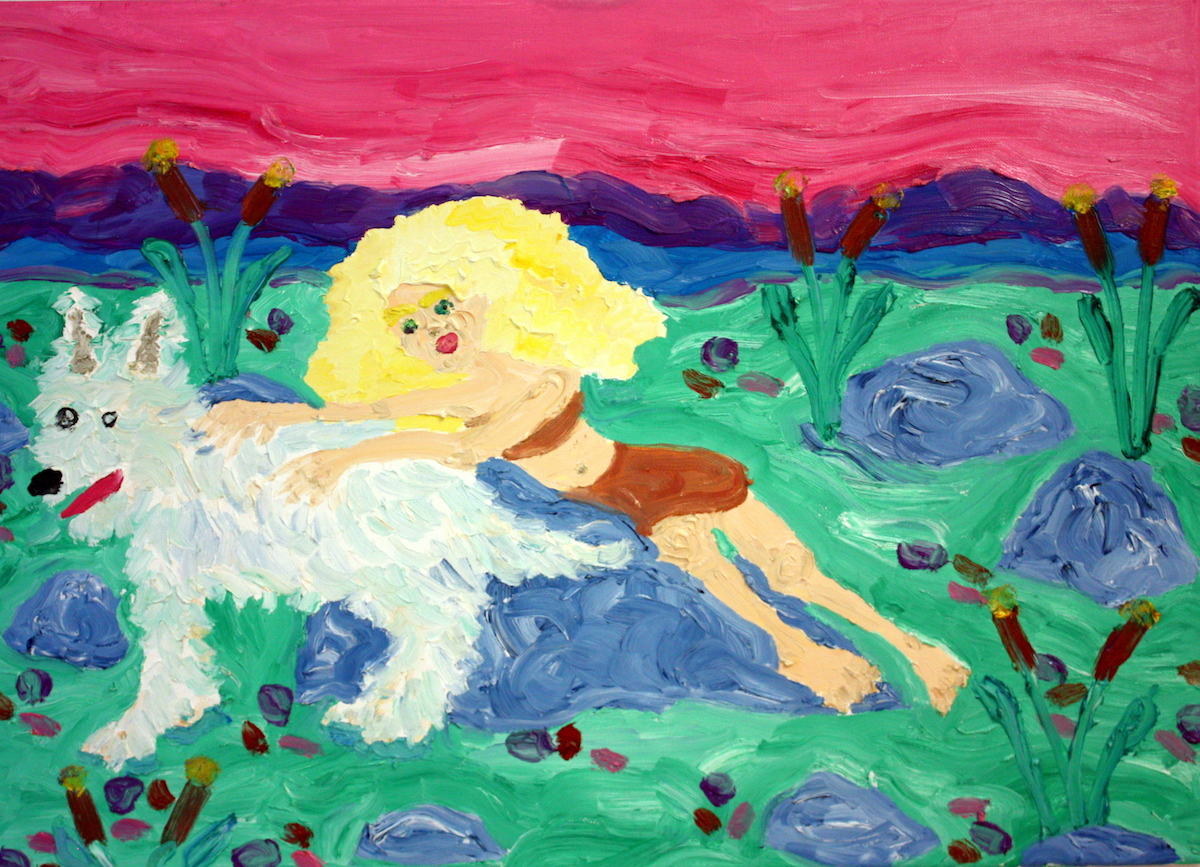 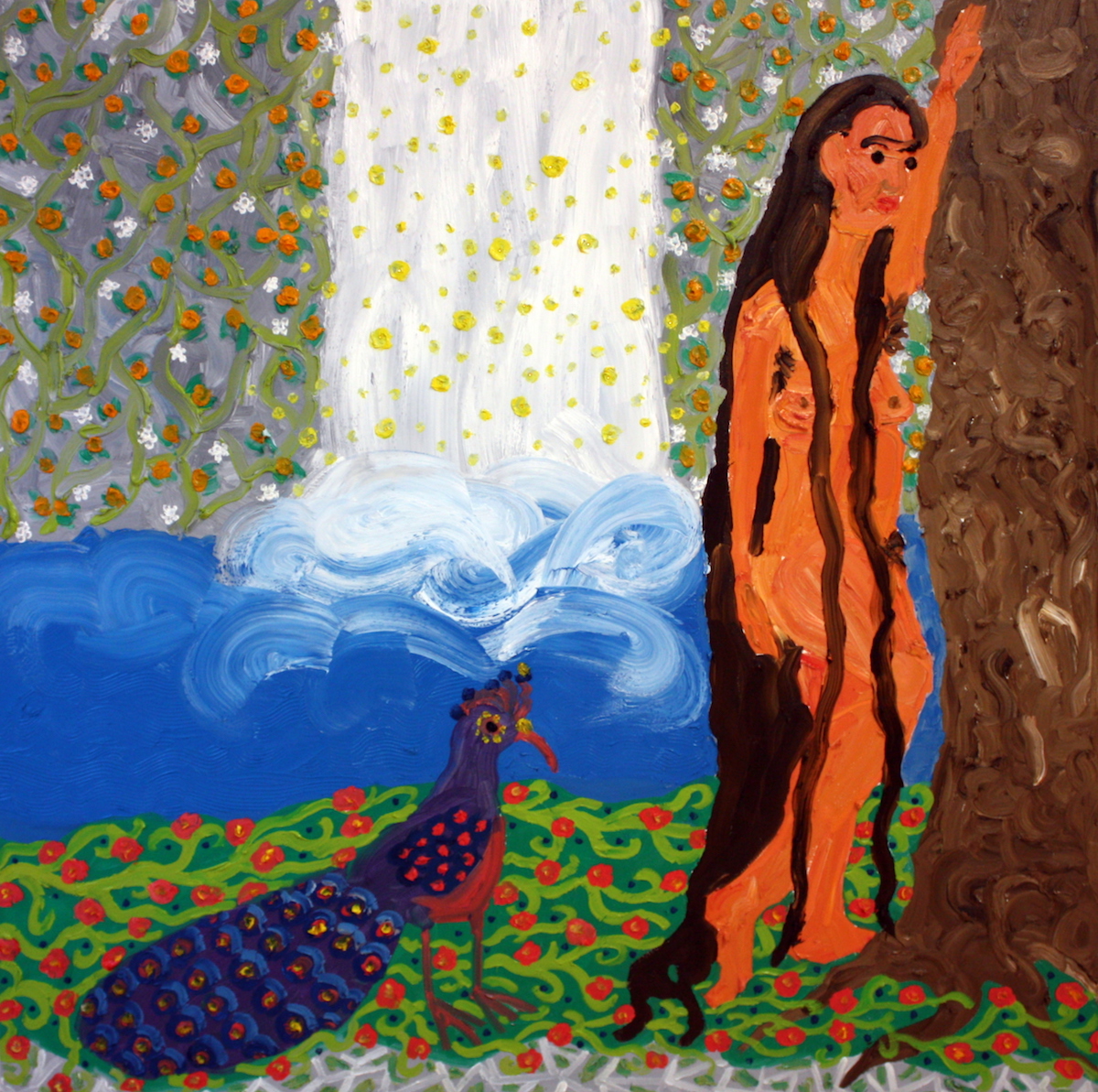 The musical phrase Flora and Fauna might set a vista of harmony turning in view like a child’s toy. The figures of Amanda Doran’s world are pasta-flat, wedged inside strata of Crayola colours voluminous with a plumped-up animism. Streaky paint offers them unctuous resistance in vertical scenes like pithy cross-sections. This archly drawn envelopment within environment pushes recognition of these paintings as sites of contested representation, where identity and autonomy – at least – are at stake in relation to the presence of gender.

The inhabitants wriggle with narratives of value and objectification, seeming often as incidental or depersonalised vessels, juddering around vertiginous, stacked perspectives. A gull impassively plants wrought-iron legs in the feet of one member of a bikinied trio lounging on a spillage of slimy rock, a sky of schoolbag-pink overseeing them. Climbing wallpaper sand is primary yellow, its assorted sea-life resembling love hearts or discarded sweet wrappers of domesticity or profane consumption. Many bodies – plundered museum pieces? – toy with patriarchal iconography while asserting obscure or explorative communality. They could signal candid absorption, disdain or invitation. Elsewhere, draping a couch on an excessively floral platform of carpet, gummy forms squirm with details of hemlines, tattoos and pubic hair. An arm lolling behind the head, one menacingly grips a free-standing lamp or coconut tree. Microbial patterns are generally at large – bucolic bobbins and leopard-kissing dots waywardly cross bodies and gardens, as with the jaunty figures of Animal Instincts.

The immediacy of violence feels strangely and perilously behind screen as misogynist tropes of wantonness or frivolity mock themselves in the droll and jazzy elucidation. Bitingly ironic titles provide a foil for the exploded marker-packet exuberance: Virgins Resting; Virgins by the Sea; All is Fair in the Garden of Love and Equality… The ‘backgrounds’ feel absorbent, like affective tissue. Contested representations, together with painted tracts of affective labour, are laid out contiguously like sections of a colouring-in book, conjuring the prevailing aura of a political consciousness. Antics involving vaginal trees or wilful dog-clinging are protected in its chiming, hieratic moods.