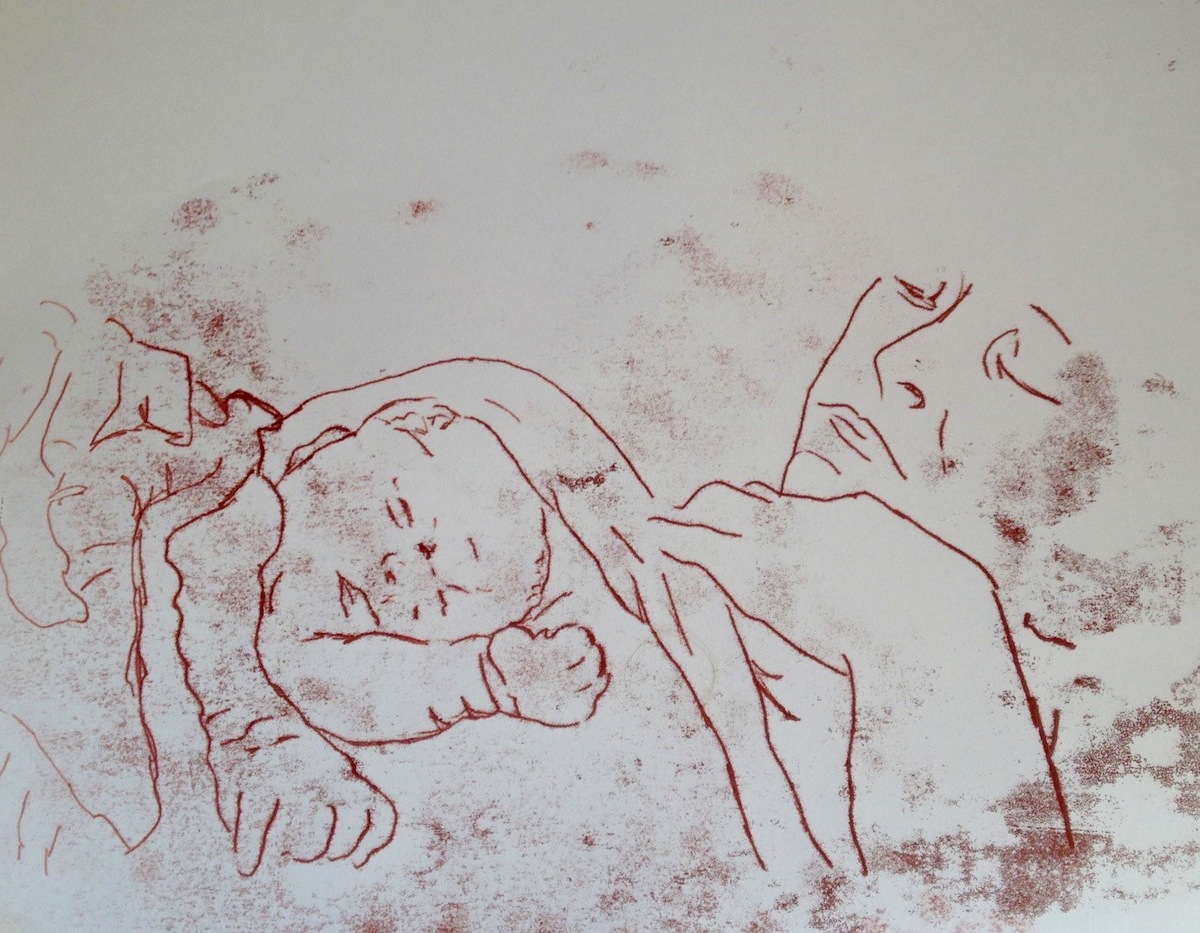 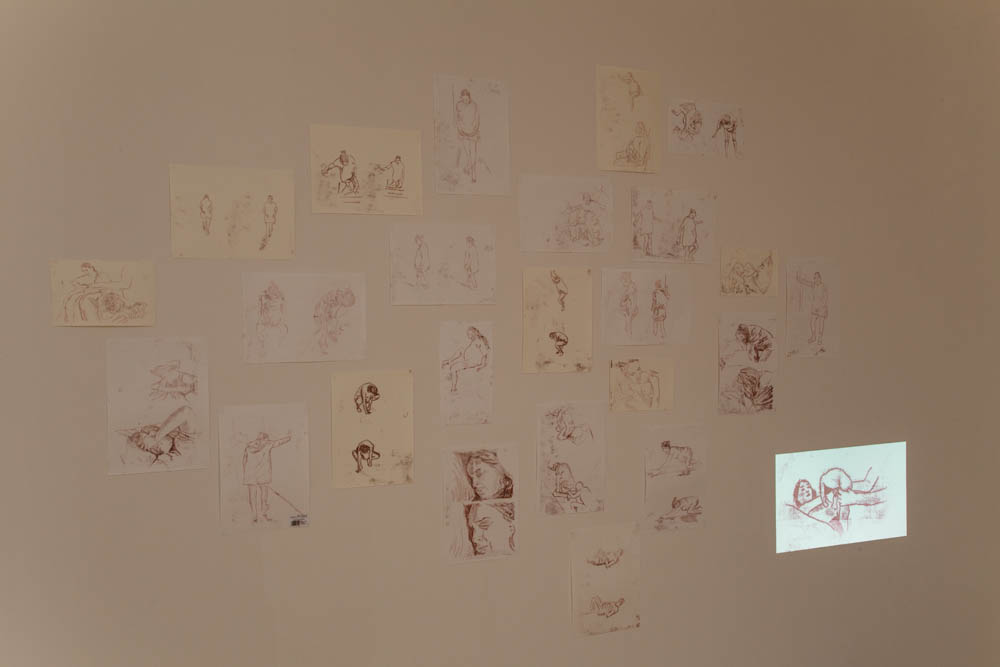 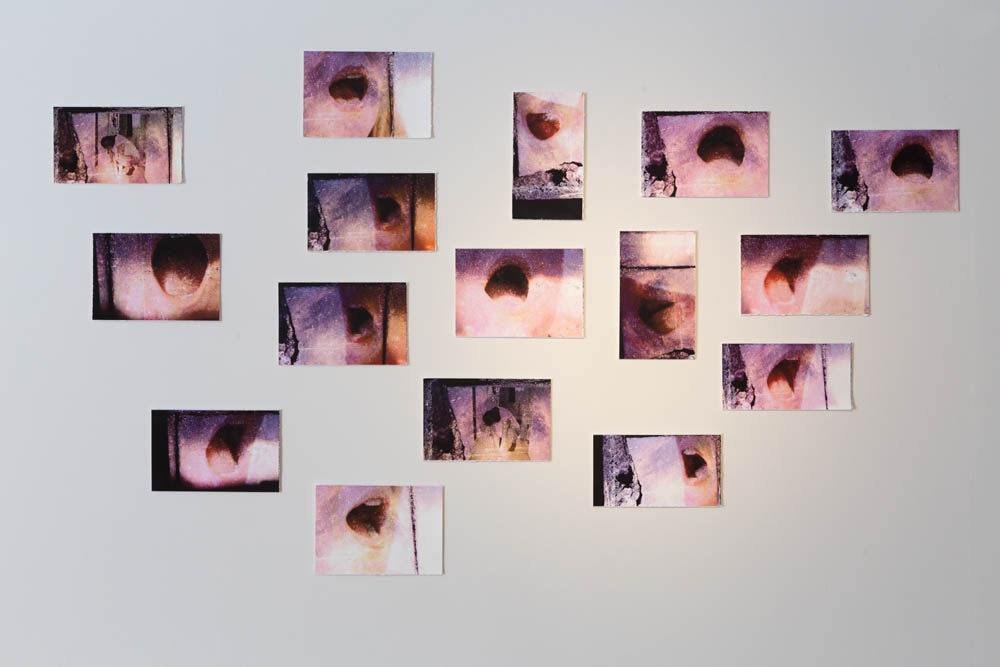 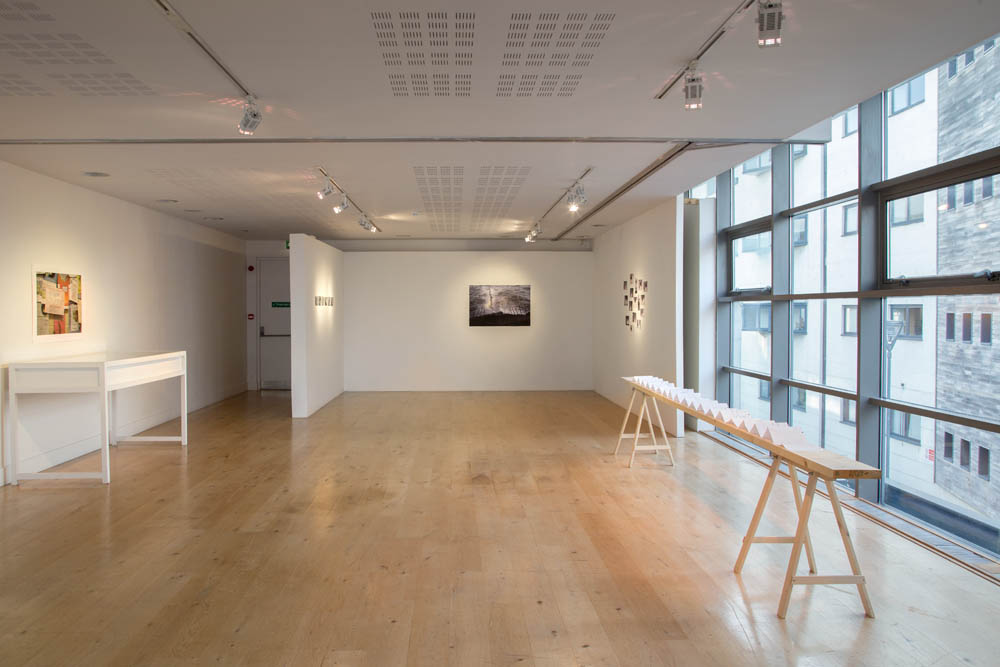 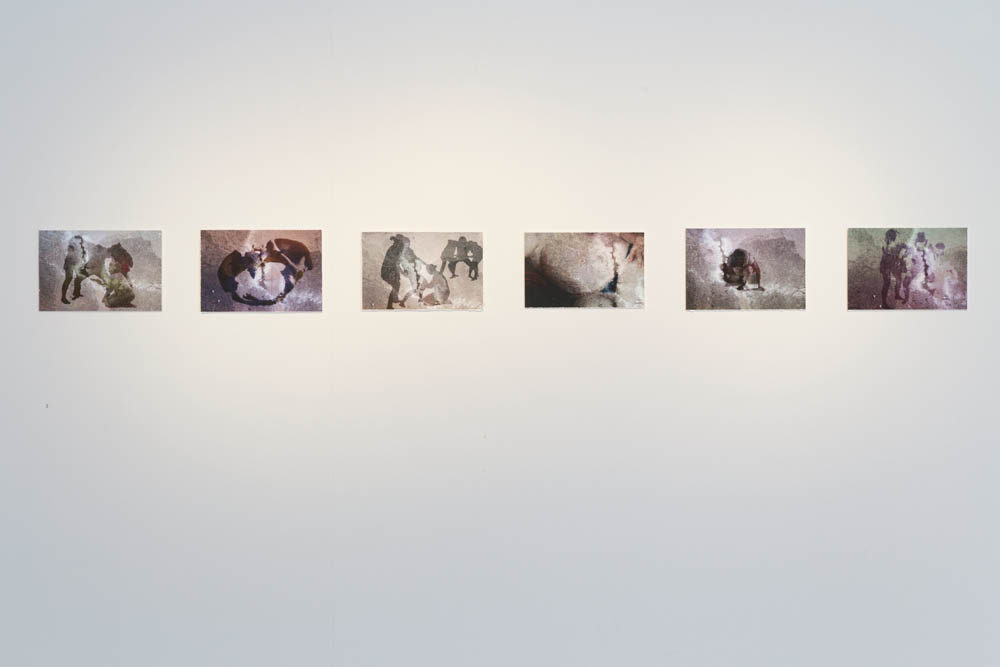 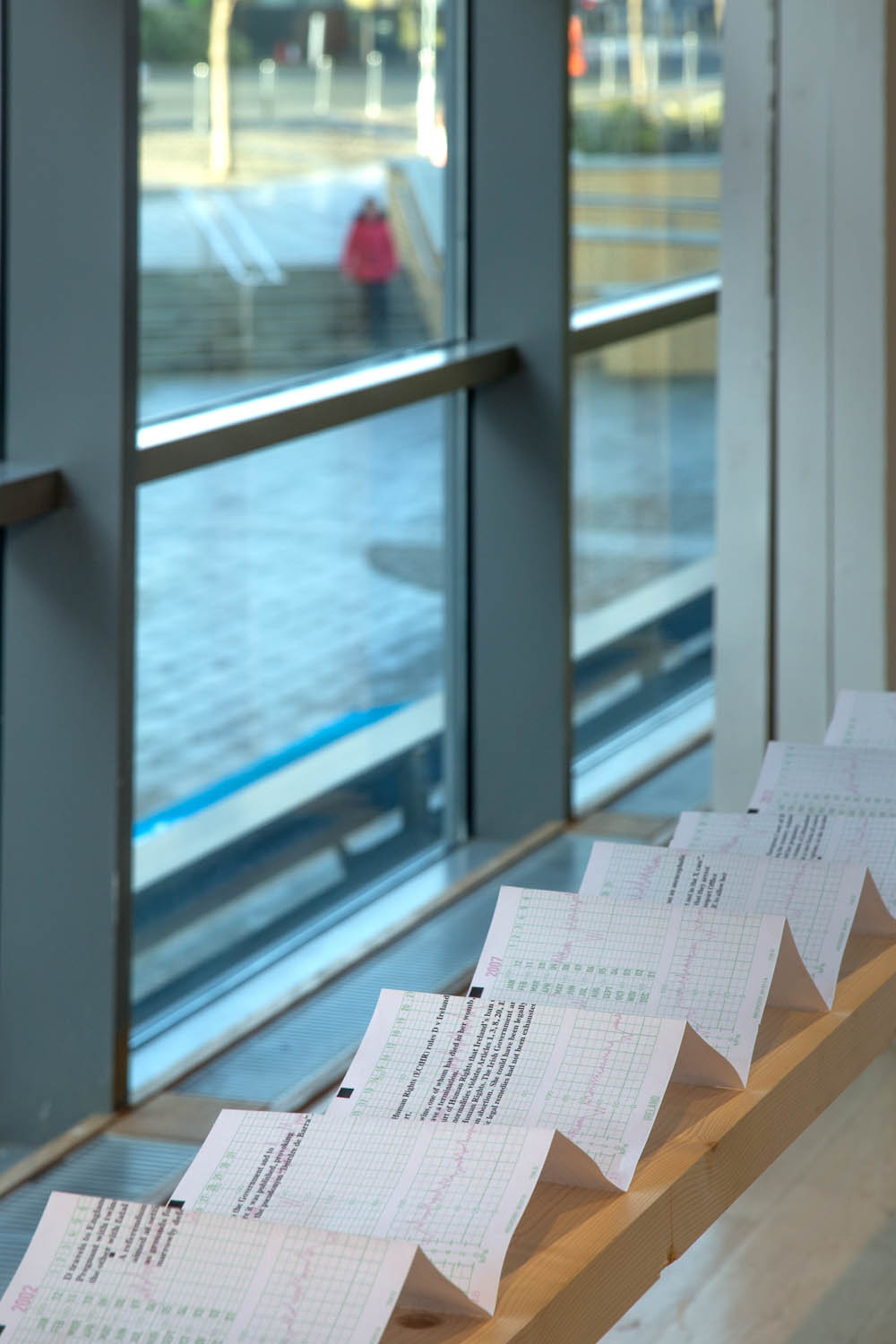 Your eyes adjust as you enter the dimly lit room. The markings on the white walls clarify into the labouring bodies of women clustered together on strips of white paper. Women bent double in the back seats of cars. Women hauling themselves up from toilet seats. Women splayed over bulging exercise balls. Women cradling kicking bellies. Women clasping mugs of tea.

Artist Emma Finucane confronts the visitors to her ‘Response Room’ with a mosaic of the daily experiences of pregnant women at their most fragile and ferociously strong. The delicate economy of line and shade in each sketch often seems hardly able to bear the load of the labour described, threading into these scenes of endurance the emotional and physical vulnerabilities of mother and child.

The lived experience of pregnancy, childbirth, and matrescence is the subject of this exhibition, created by Finucane in response to the findings of a research project she instigated in UCD School of Nursing, Midwifery and Health Systems. Midwives are the decisive but never dominating presence in many of the drawings and digital prints, half-cropped in the background or distinguished merely by an assisting hand. The compositional arrangement maintains the authority of the pregnant woman even as she depends upon the midwife’s care in a way that is central to midwifery practice.

Leaving the insulation of the ‘Response Room’ to return to the main gallery, the politics of mother and baby care darkens into the coercive. A long sheet of cardiograph paper spiked with the measurements of erratic heart rates commands the central floor space. Typed text reads Article 40.3.3 of the Constitution guaranteeing the right to life of the unborn, followed by a grim timeline of deeply traumatic and fatal medical cases where women in Ireland have been variously denied the desired termination of their pregnancies by the State. In sharp contrast to the intimate contours that animate Finucane’s sketches, the rigidity of the graph paper and typography list out the deaths of Sheila Rodgers, Savita Halappanavar and other unnamed women with clinical detachment.

Conor Linnie completed his PhD on the Irish literary and visual arts magazine Envoy (1949-1951) at Trinity College Dublin in 2017.