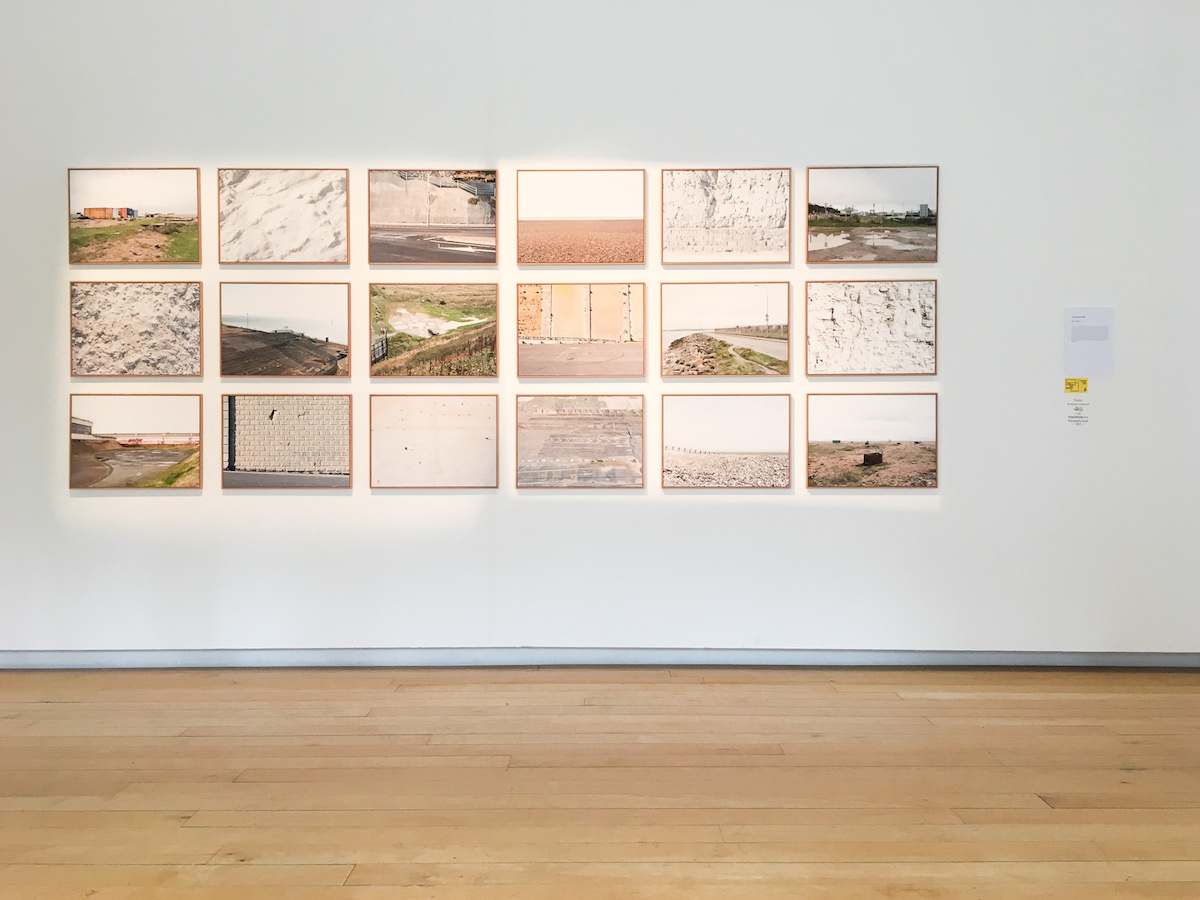 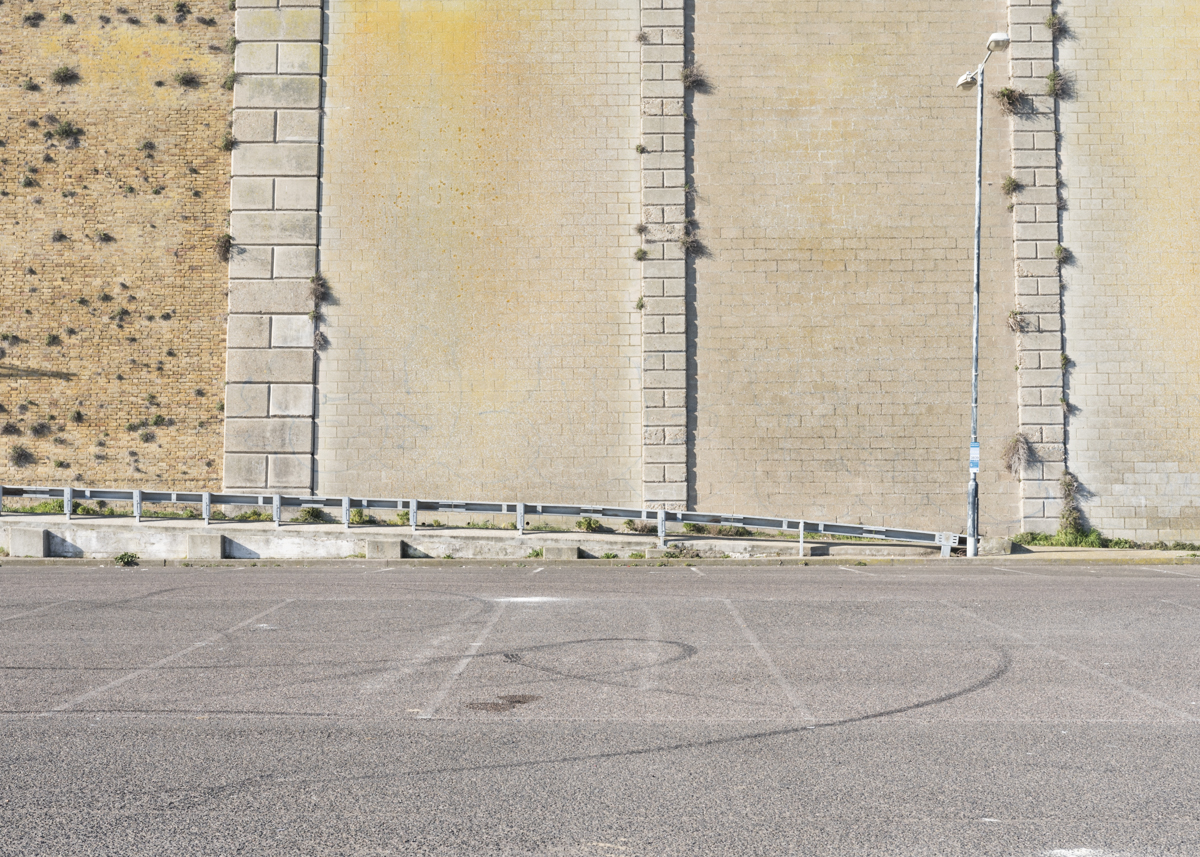 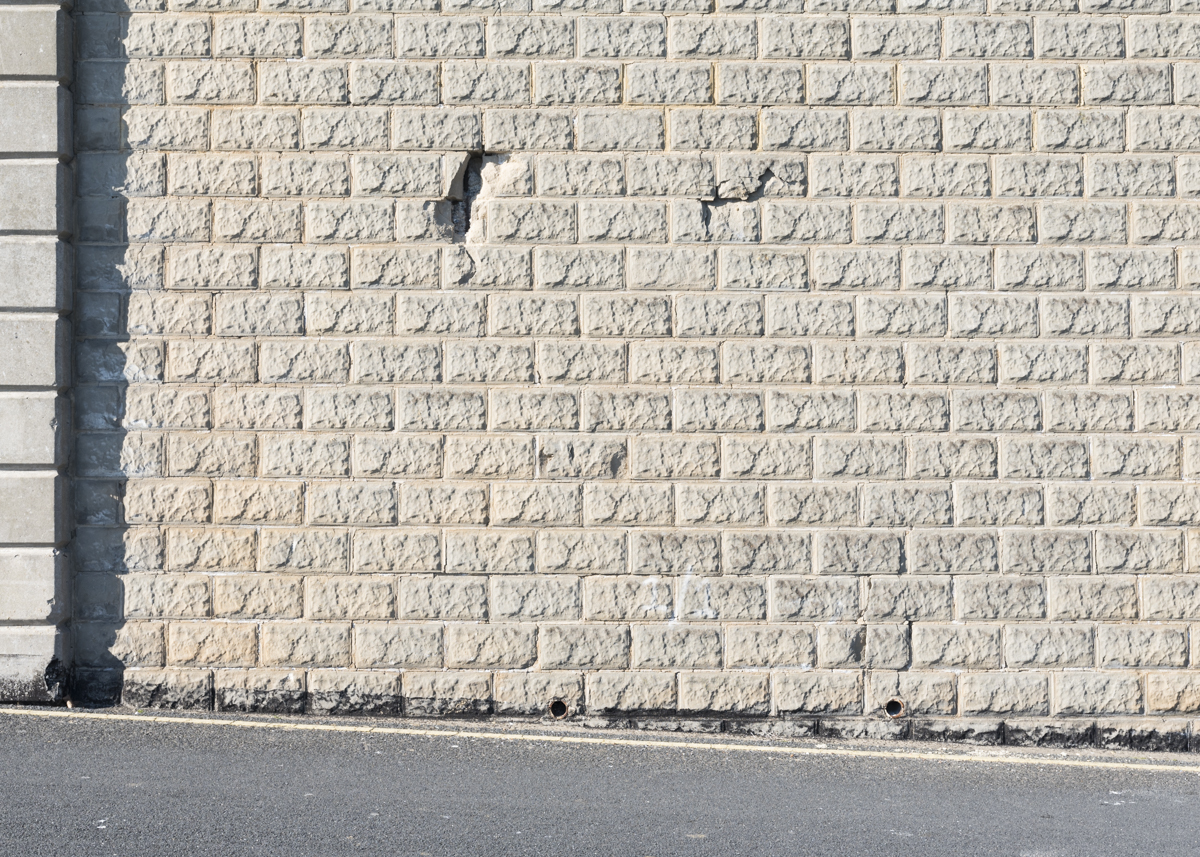 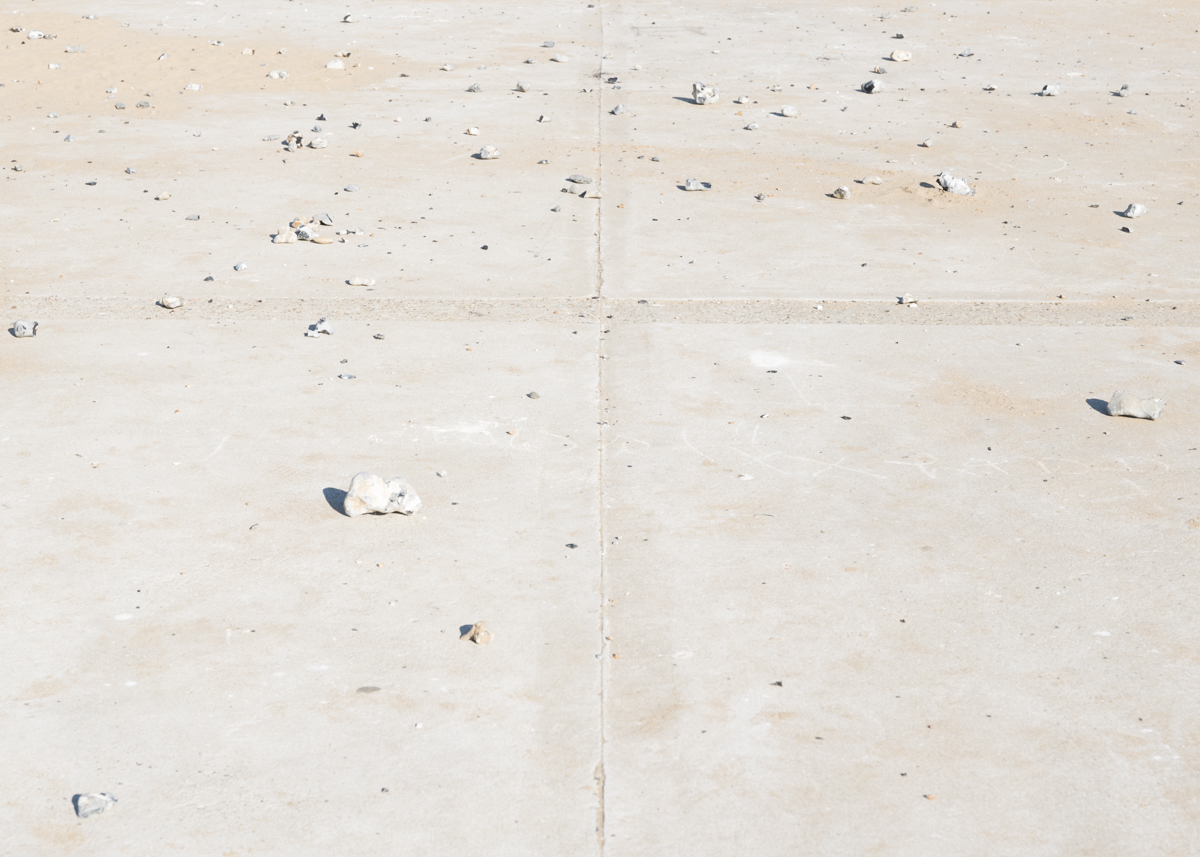 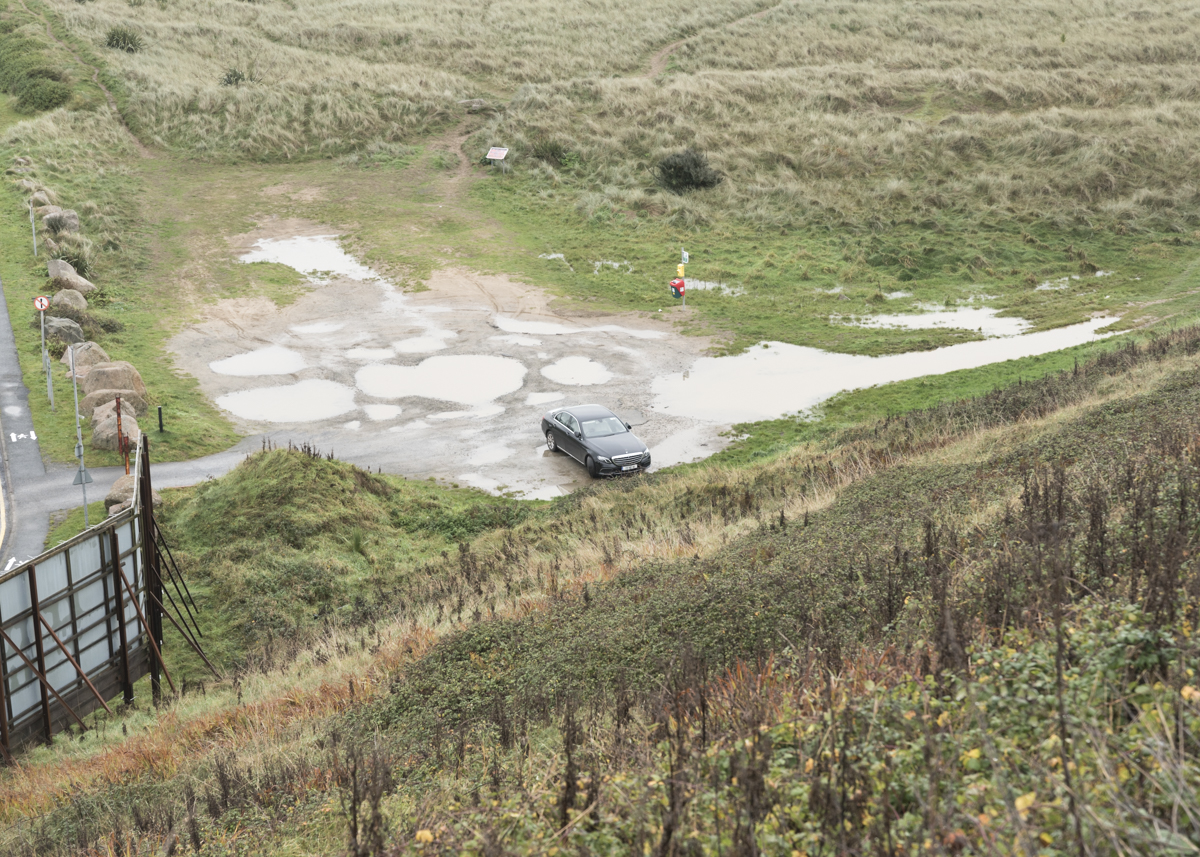 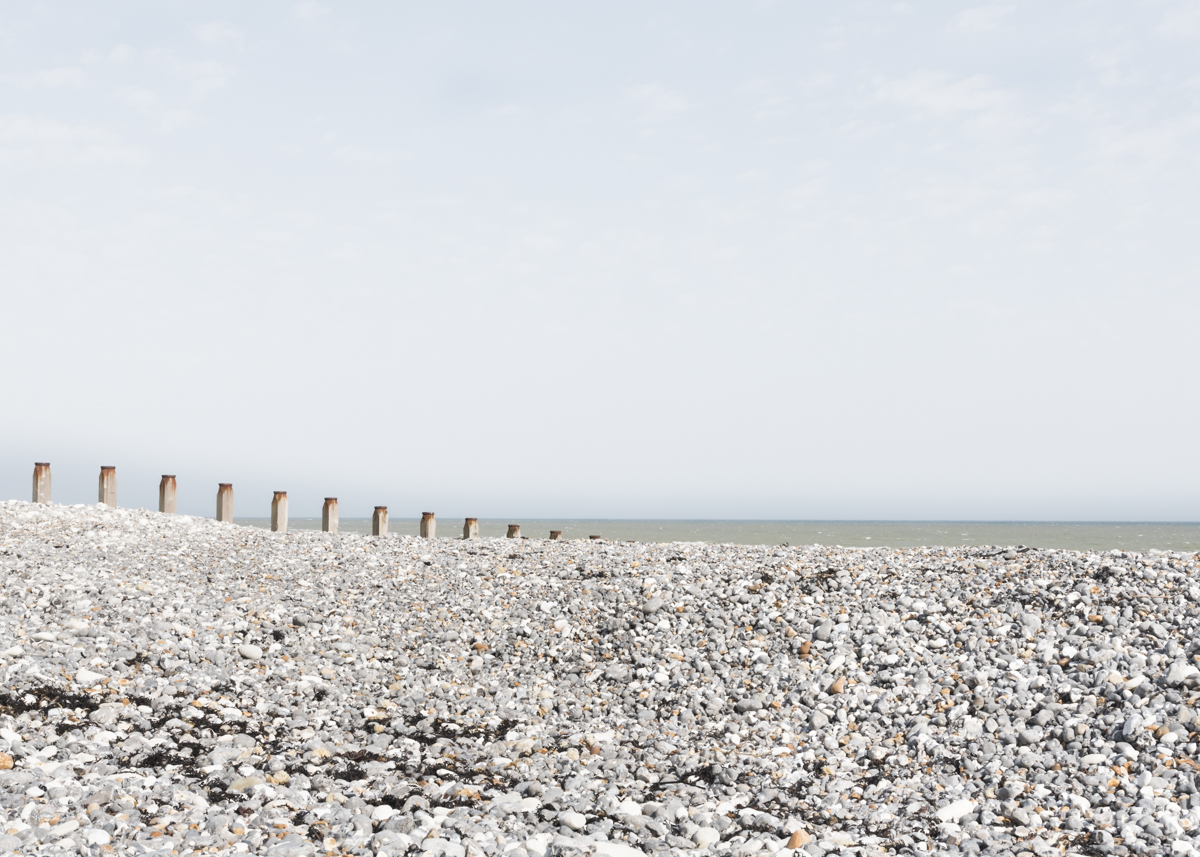 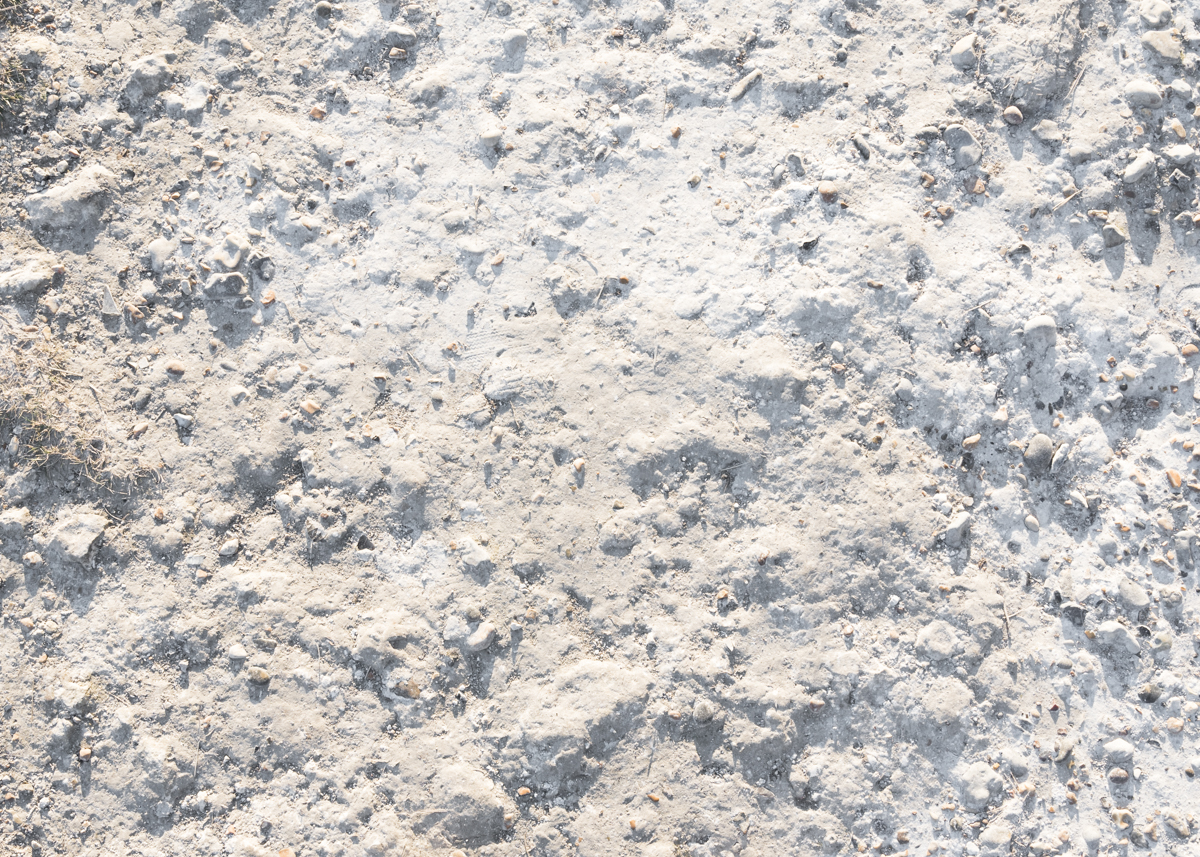 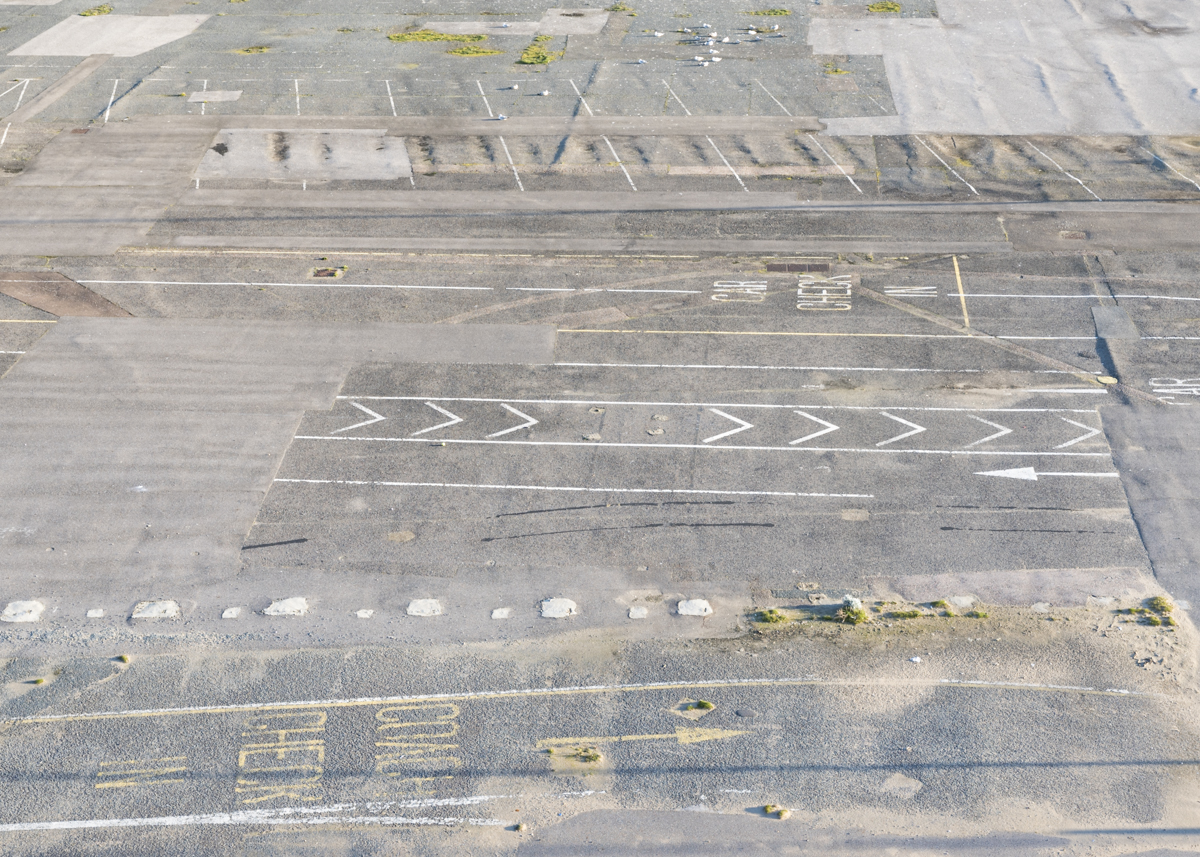 Gary Byrne, Check In, 2019, image courtesy of the artist. 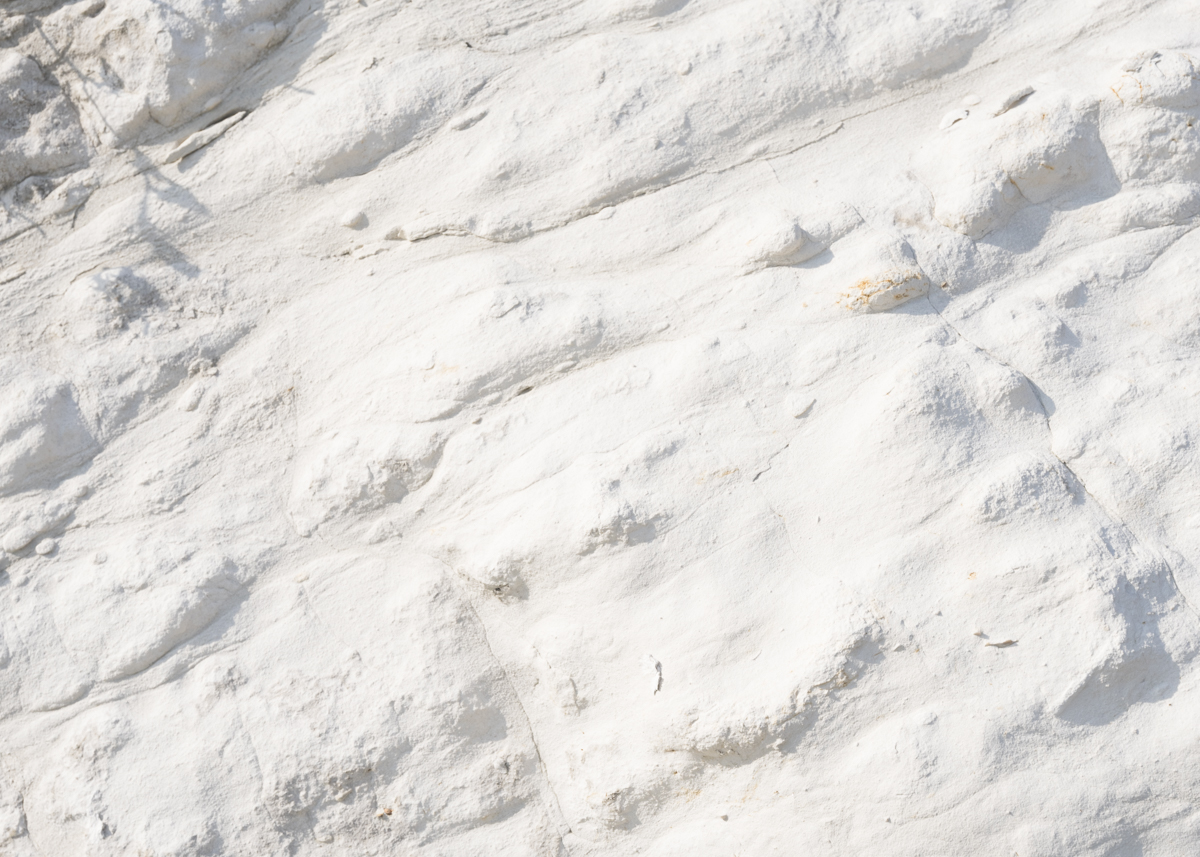 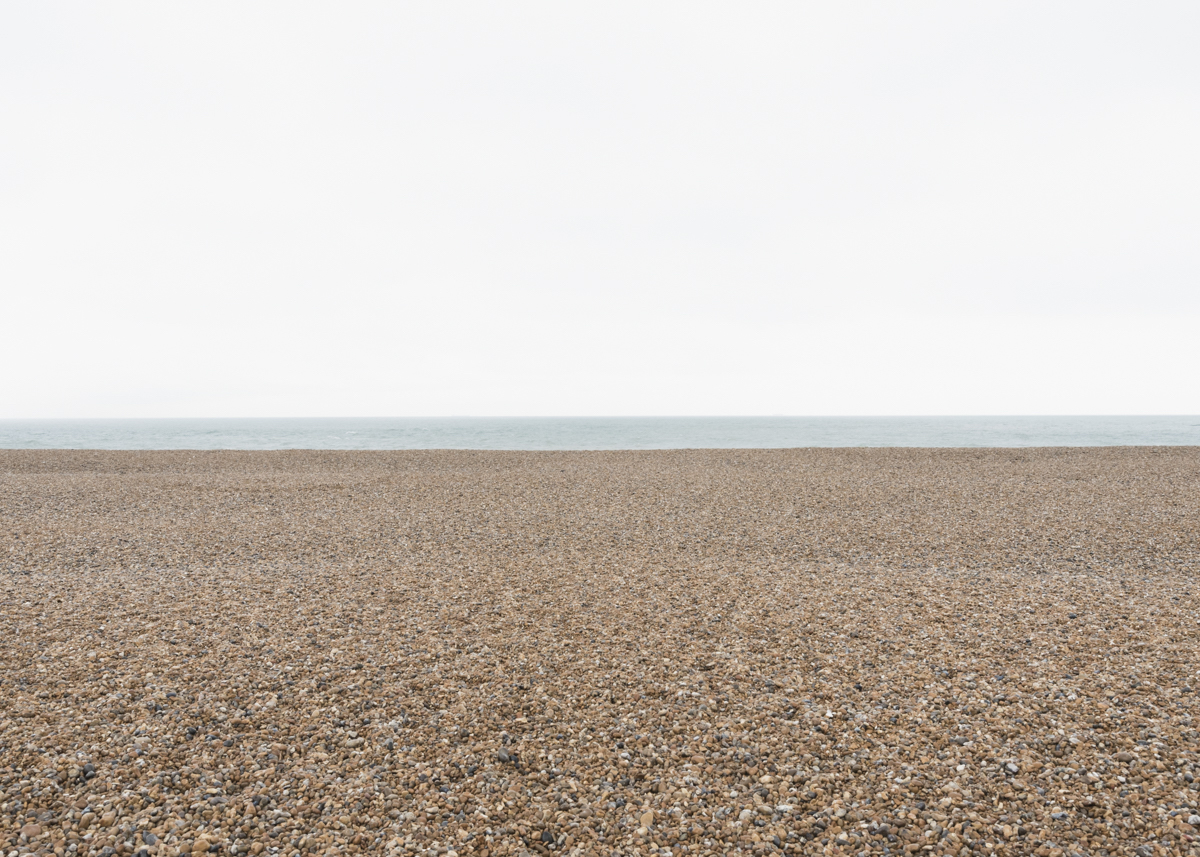 160 Days until Brexit – Theresa May resigns

When I first visit Oikeiôsis, this year’s TU Dublin Photography Graduate Exhibition in the Gallery of Photography, Theresa May is the interim Prime Minister of the United Kingdom and there are 152 days to Brexit. Eight days previously May had tendered her resignation, the second Prime Minister to fall to Brexit after David Cameron’s resignation the day following the 2016 vote. In the ground floor space of the gallery is a collection of 18 photographs, arranged in a 3×6 pattern, one for each of the nautical miles alluded to in Gary Byrne’s title: 18 nautical miles. The measurement is the shortest distance between Great Britain and the mainland continent of Europe, a fixed measurement of a relationship that is growing ever more distant.

Ports and borders became, and remain, an important component in the delivery of Brexit and determining what the future relationship will look like and, in an operational sense, function. People and trade, and their movement across and through borders and ports, remain two of the largest in a series of moving parts and form the structure of Byrne’s work. Natural barriers, cliffs, and manmade structures, walls, share the same palette and locations either side of the Irish Sea – Dublin and Ramsgate, Rosslare and Dover – become homogeneous, even the open spaces are hemmed in through fences, gates and poles.

91 Days until Brexit – Government’s majority reduced to one

While there is an absence of people within Byrne’s imagery their presence lingers, and their silence heightens it. Flora and fauna are scant as man-made materials dominate these edited landscapes. The images are stationary, cars seem abandoned, a boat is tucked away in a corner. The spaces seem oblivious to the political madness that dominates their use and function, and this points to the constructs that we have placed on them. Byrne’s presentation emphasizes this mania as our eyes dart around the wall of photographs, bouncing between the images and the locations they represent.

Photography has the ability to throw a lasso out into the world and pull back a stationary moment of an artist’s view, here this is accentuated further by the passing of time and material changes in the impact of Byrne’s subject matter. As each day passes, and we edge ever closer at a methodical, inevitable helpless pace, we feel further and further away from our closest neighbour as they drift away from the project they helped create and the continent they helped shape – though the distance always remains the same: 18 nautical miles.