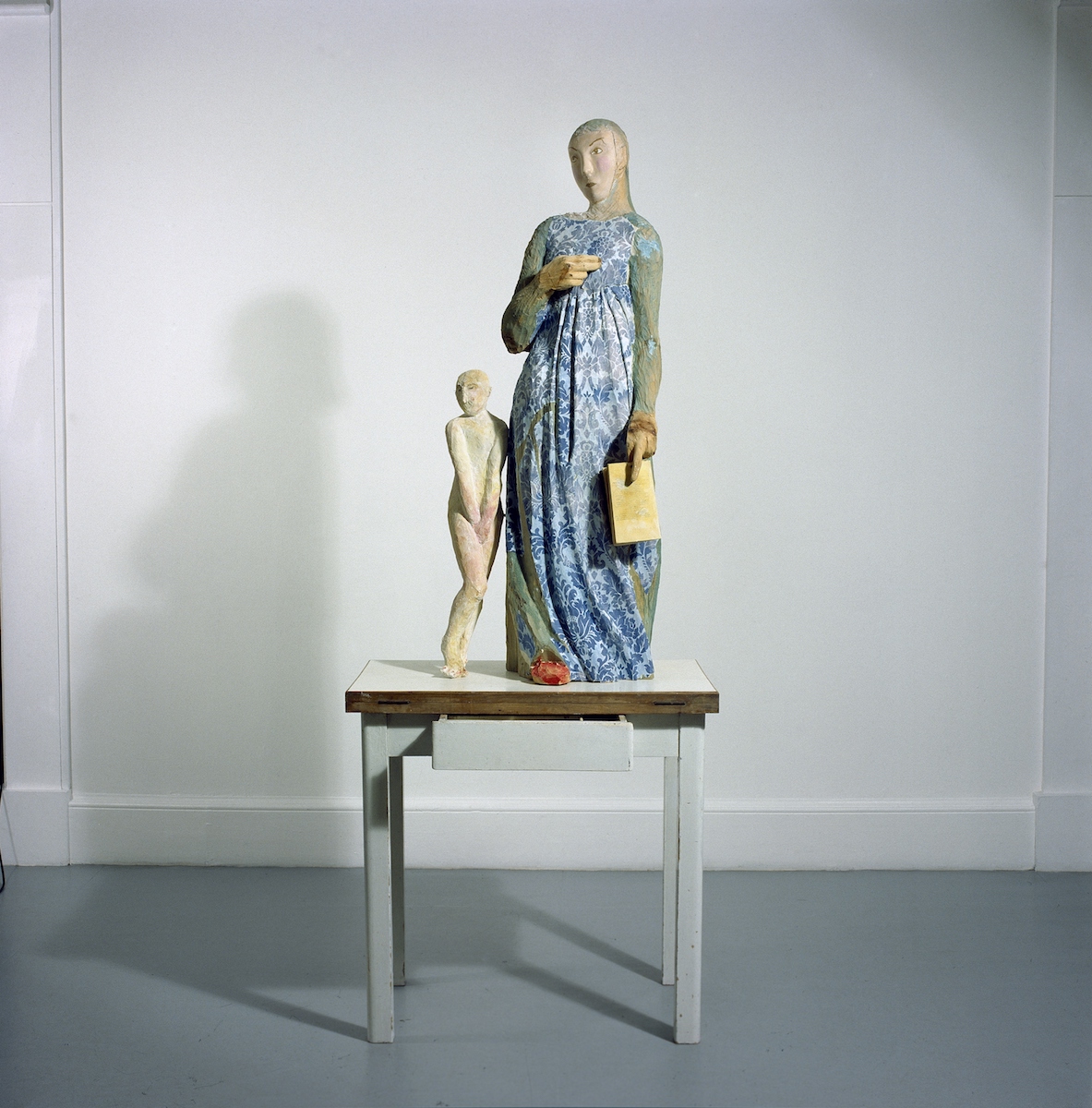 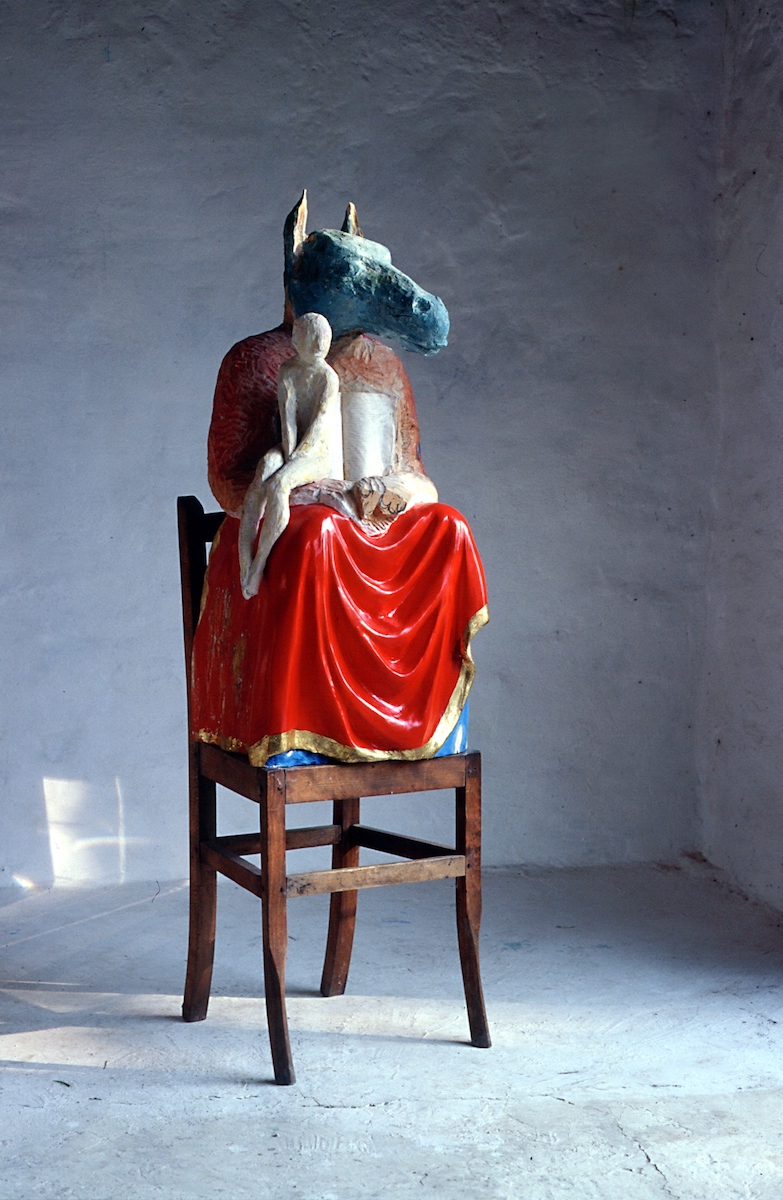 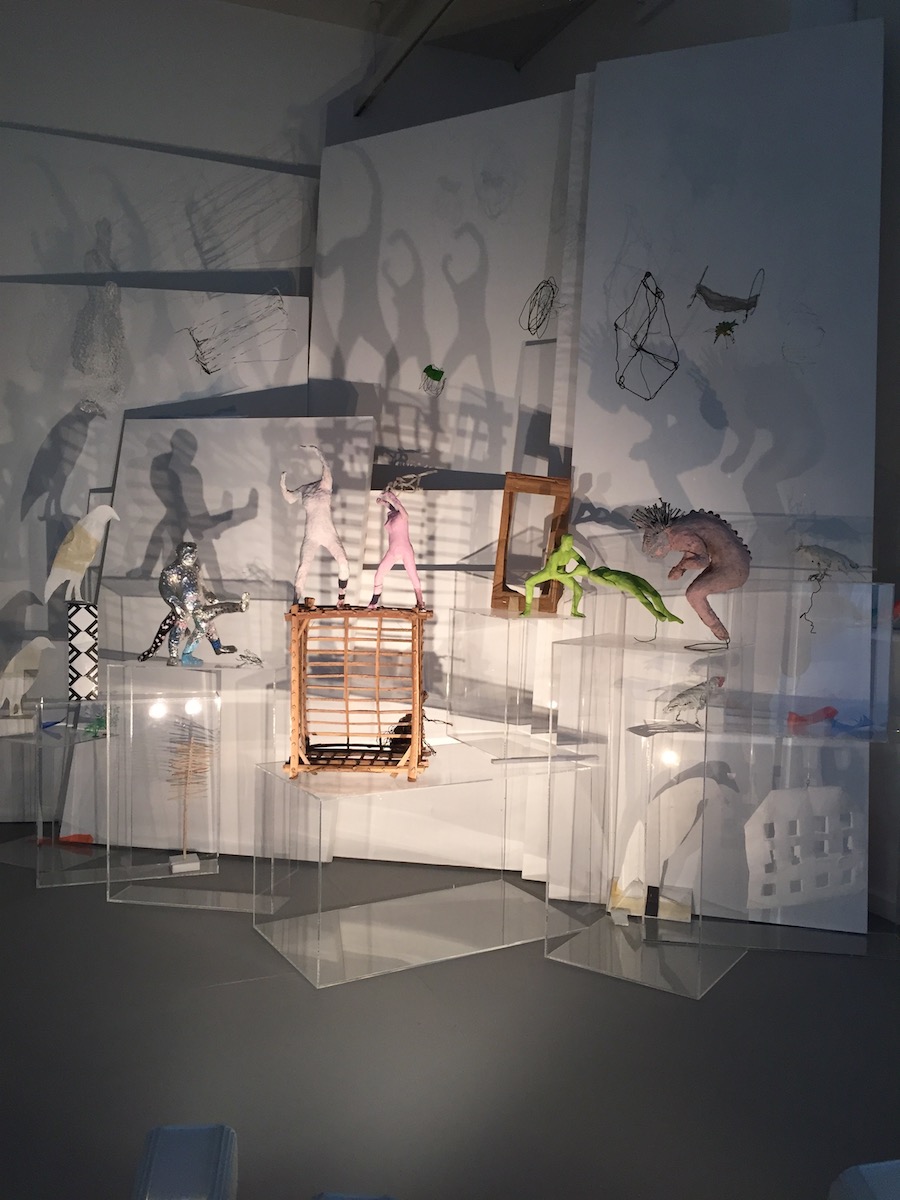 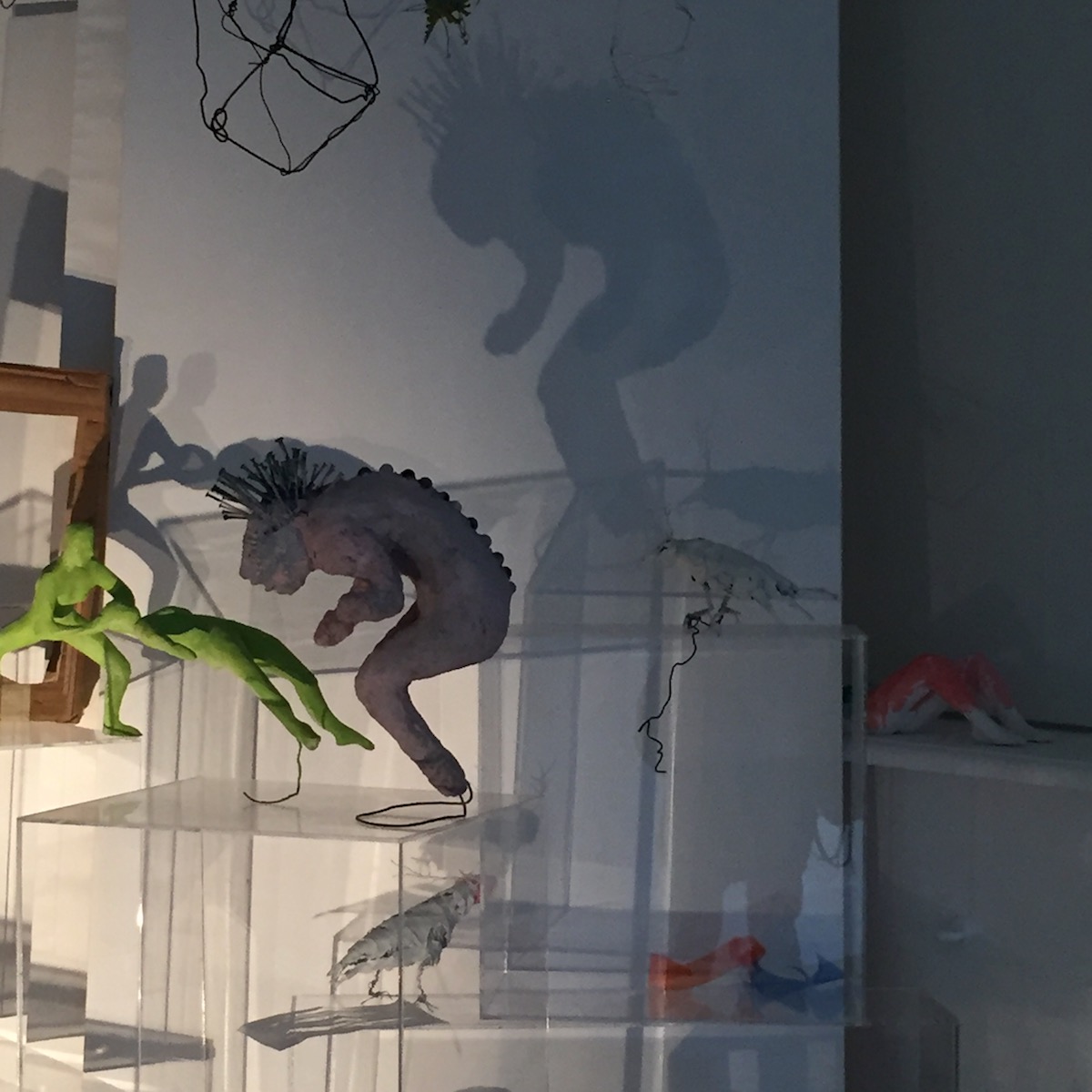 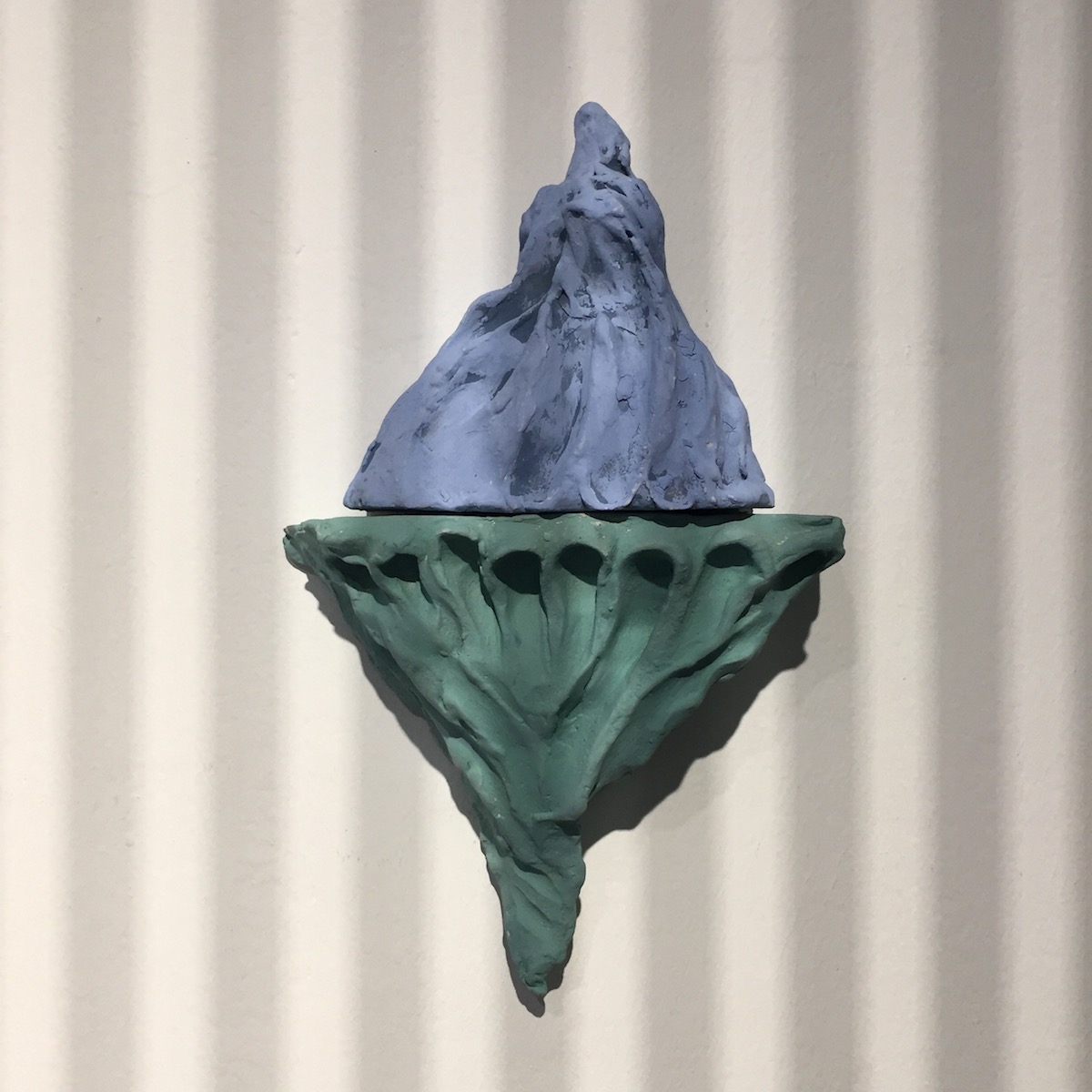 I saw your show in IMMA today. It was great. I had to keep reminding myself that I must not touch the art. I really wanted to put my fingers in the grooves of the clay mountains though. Were they mountains? That’s what I thought they were, with a horizon line in the middle. They had a satisfying feeling of above and below.

I also really liked the table with all the terracotta(?) bits and pieces on it. At first glance it felt like a table that had been abandoned in a greenhouse. Then I looked a bit closer and started to notice all the different forms that had been carefully placed on the table. The body parts and the face. I wish I’d taken a picture of it so I could be more descriptive now. I really wanted to touch all the objects on this table as well, they looked like they would have a slightly rough texture that would make a rasping feeling on your skin. I found myself not only wanting to touch them but to try and imitate the slightly awkward shapes of the disembodied limbs. I can’t explain why, but it was a nice feeling.

Something about the work felt very relatable to me. It’s been a while since I had this satisfied and unusually comfortable feeling from art.

I’ve seen and enjoyed your work before, but your show in IMMA was just the one I needed to see at that moment in time, having just done a whole IMMA lap in one go, which is never a good idea. It was a comfortable joyous surrounding of surreal figures, nudging me to let go of the overthinking bit of my brain that goes into overdrive when I go into those big galleries. I felt a wonderful feeling of relaxation in my head and shoulders, caused by involuntary smiling. There were ice-cream colours, worrying worlds, chattering figures, aliveness, defiance, bending, mysticism, proper battles and flattened creatures. I read absolutely nothing about them. Every piece wanted petting. The gallery lighting made it really hard to take photos, leaving bands of discolouration on the image, so they haven’t been much help in informing this letter. You created a theatre that was a giddy counterbalance to the downward-pulling realness of Doris Salcedo’s show. It left me dizzy, charged and happy to head to the train station washed of Big City Anxiety and fortified for the wildness of life beyond the pale.