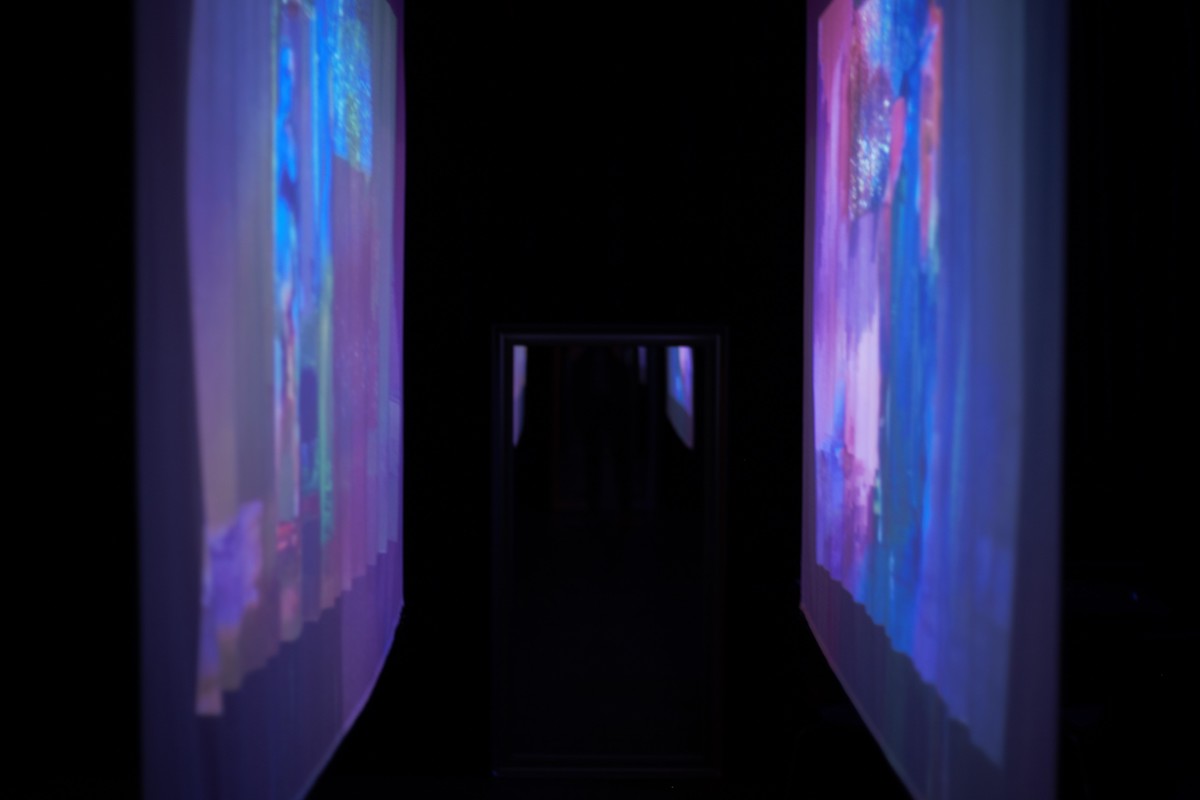 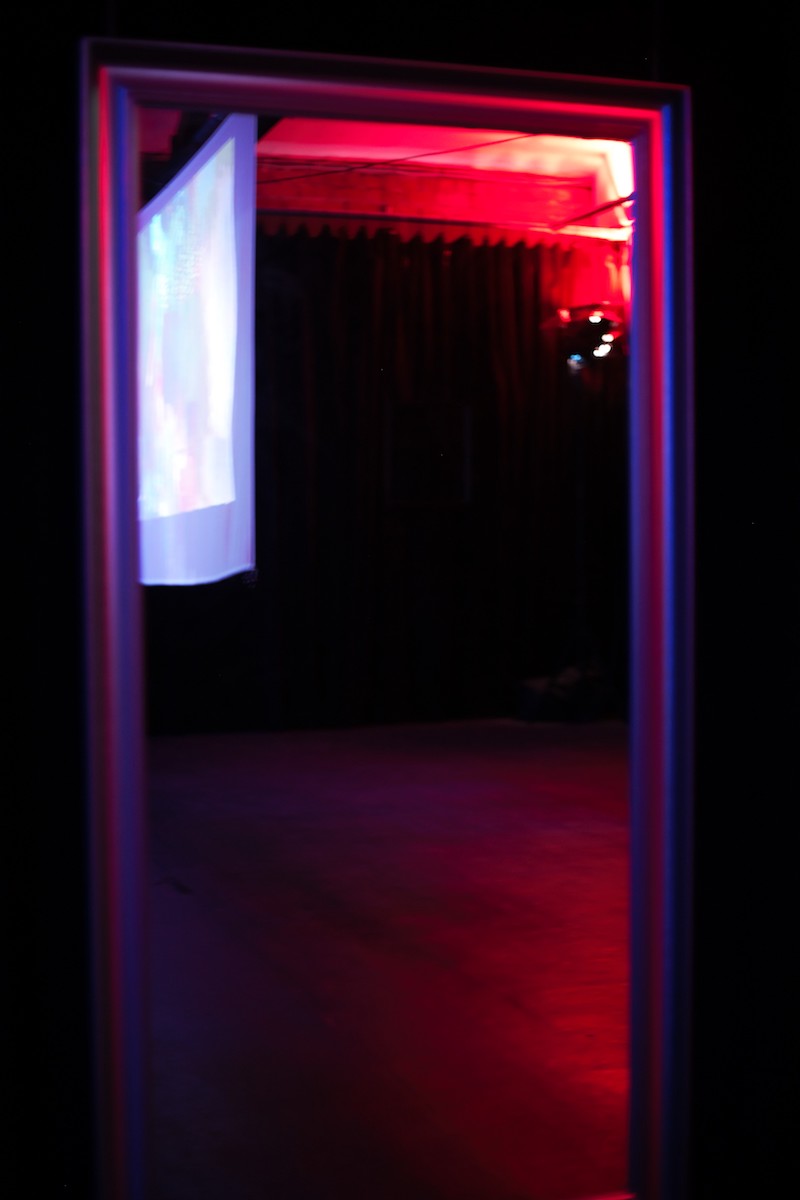 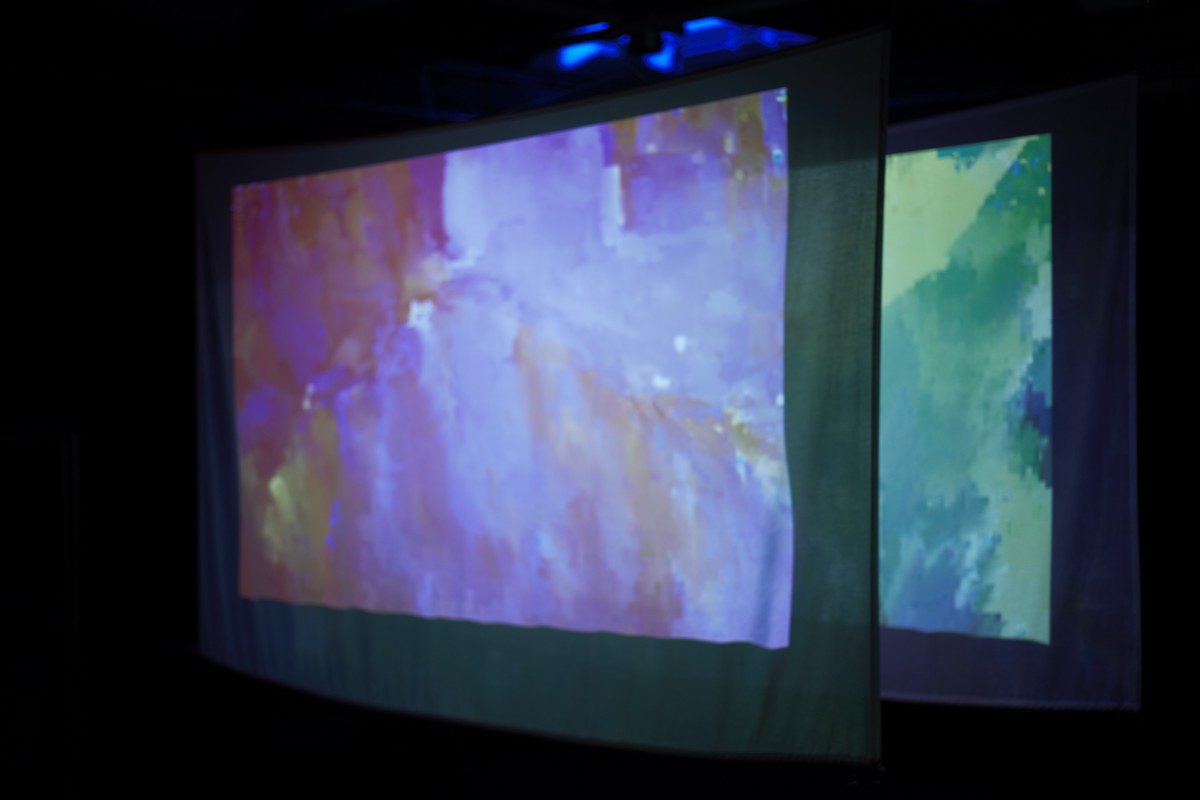 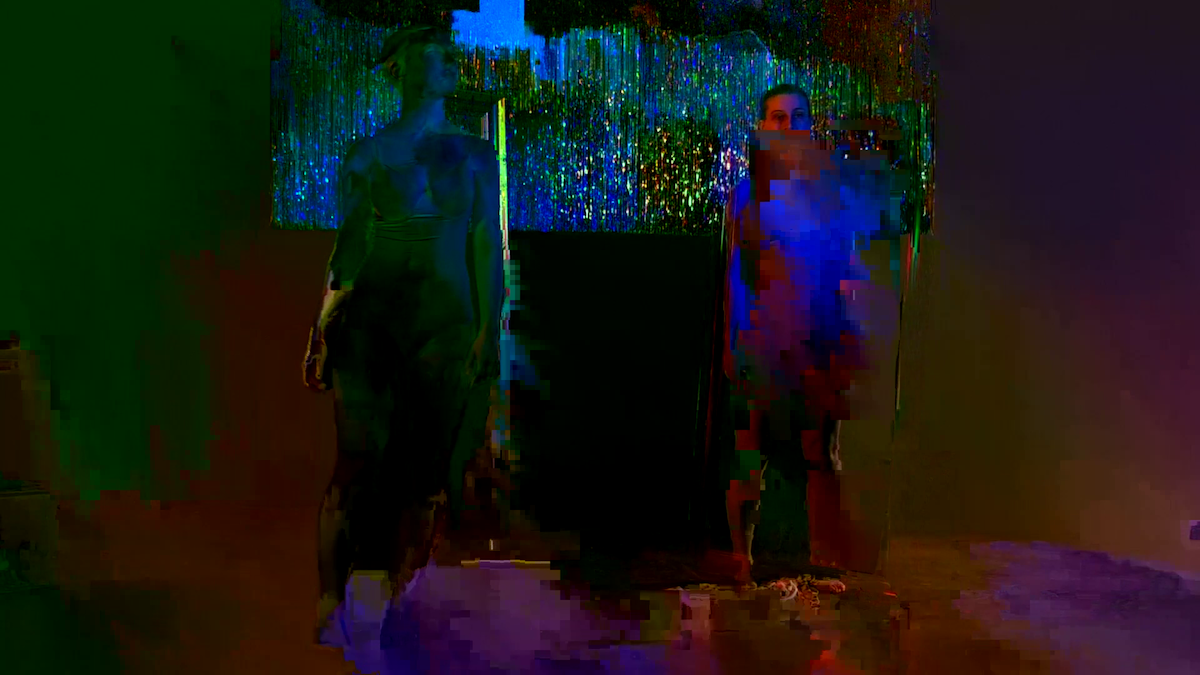 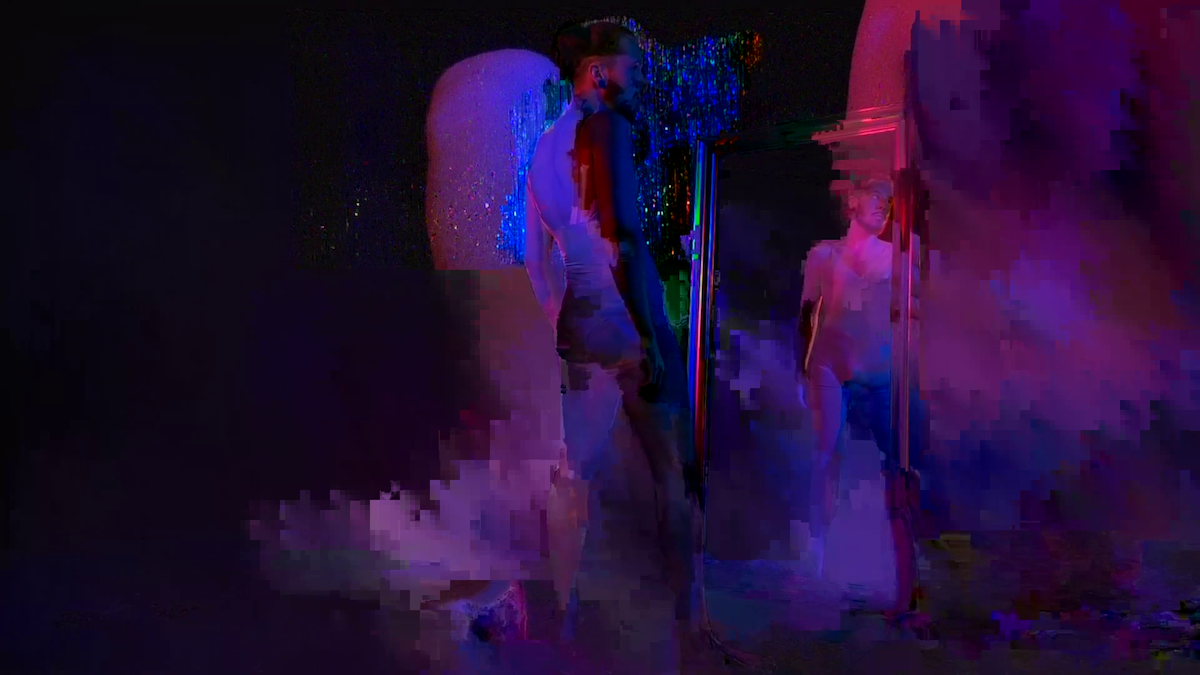 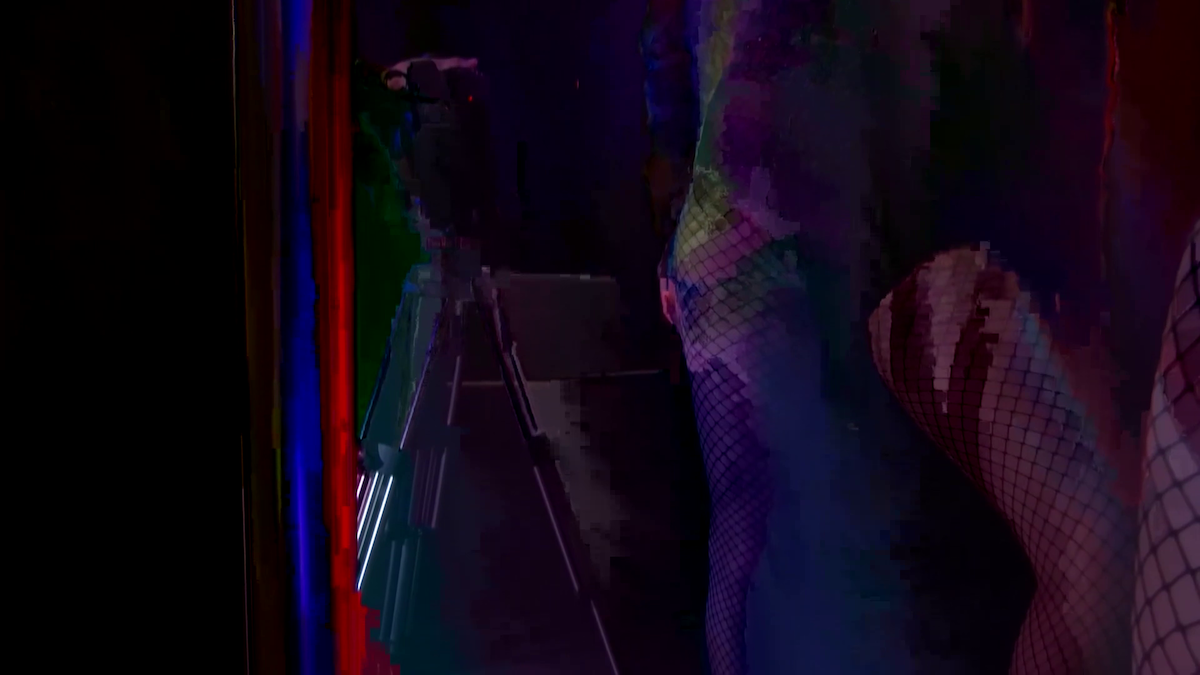 Binary Transgression encompasses an ambiance rich with sensuality. The lighting is low and red, with mirrors placed along the walls at varying heights to extend the dimensions of the space, while implicating the viewer within the gestalt of the installation. There are two video screens parallel to each other in the centre of the room, illuminated by projectors on opposite sides of the space. Through the video editing and immersive staging of the installation, Morris skilfully utilises the formal properties of glitch to craft a captivating aesthetic experience that draws the viewer into a playful deconstruction of gender binaries. The videos’ pixels have a fabric-like quality, emphasised by being projected onto semi-transparent fabric. Morris’s datamoshing techniques enable pixels to flow between frames, creating images that are reminiscent of paint floating on water when marbling paper. The colour scheme is stripped back to a rainbow of noise while video’s aesthetic qualities recall early erotic flicks; forbidden rolls of film meant to seduce and entice viewers through secret acts of witnessing. However, these videos are not mimetic copies of their cinematic predecessors, as the glitching techniques make their digital material form explicit. The images are obscured, yet revealing – a simultaneous veiling and unveiling like a fan dance. Released from the confines of the image frames, the fluidity of pixels connects to the fluidity of gender explored in the filmed performances. The two video channels are mirrors of each other, but also different, as the performer in each puts on and takes off gendered items of clothing – masculine and feminine – dressing and undressing as pixels cover and uncover. However, as the title of the work indicates, Morris transgresses the binary of gender as they challenge the parameters of video. There is a gap present between the two screens. As I stand in this gap, witnessing the two channels simultaneously, polarities of identification break down through my bodily occupation of the space between. The gap, moreover, is not a means of demarcating difference, but like gender itself, it is a space that exceeds the borders of recognised categories as a place to occupy and be present.