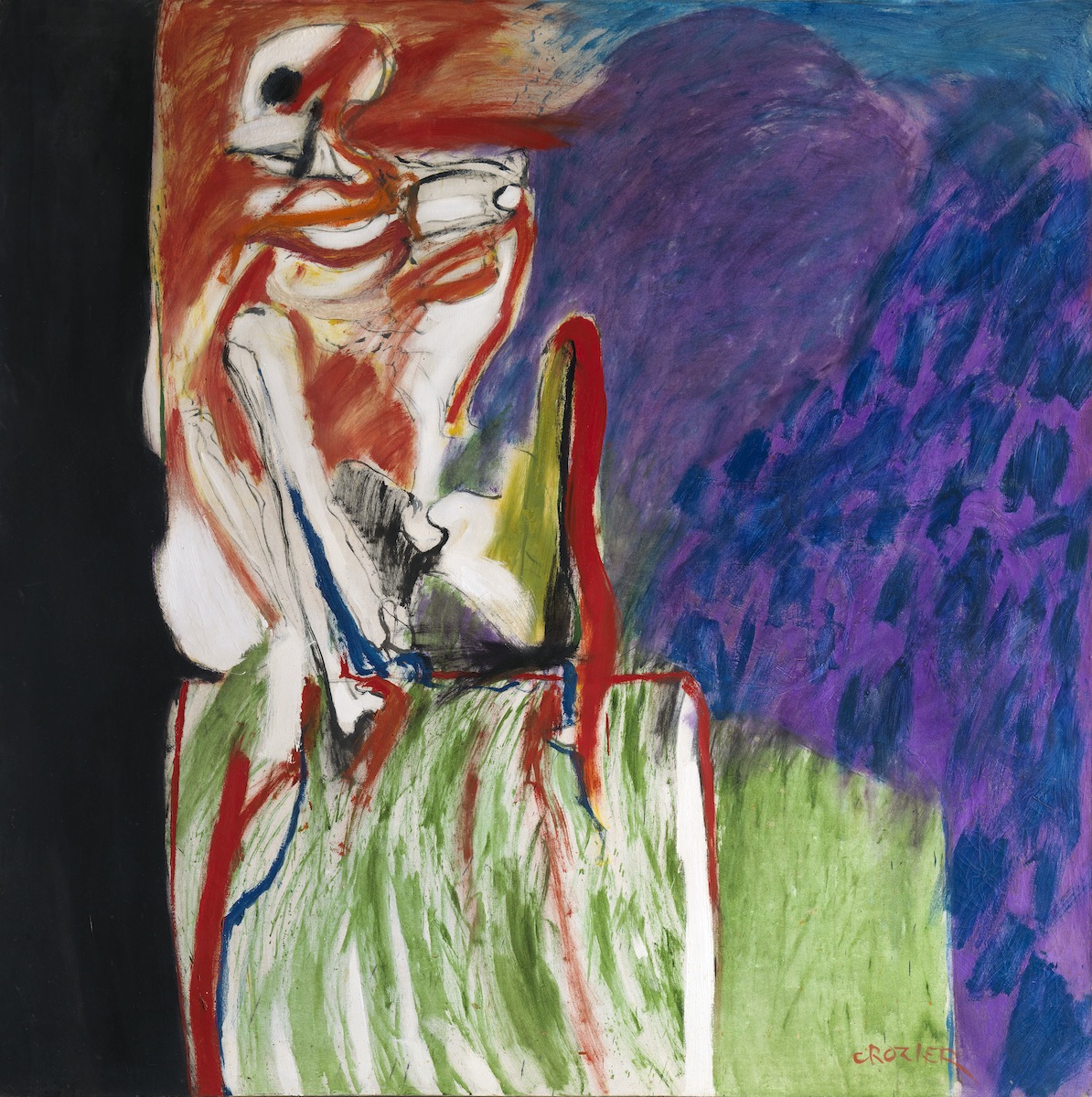 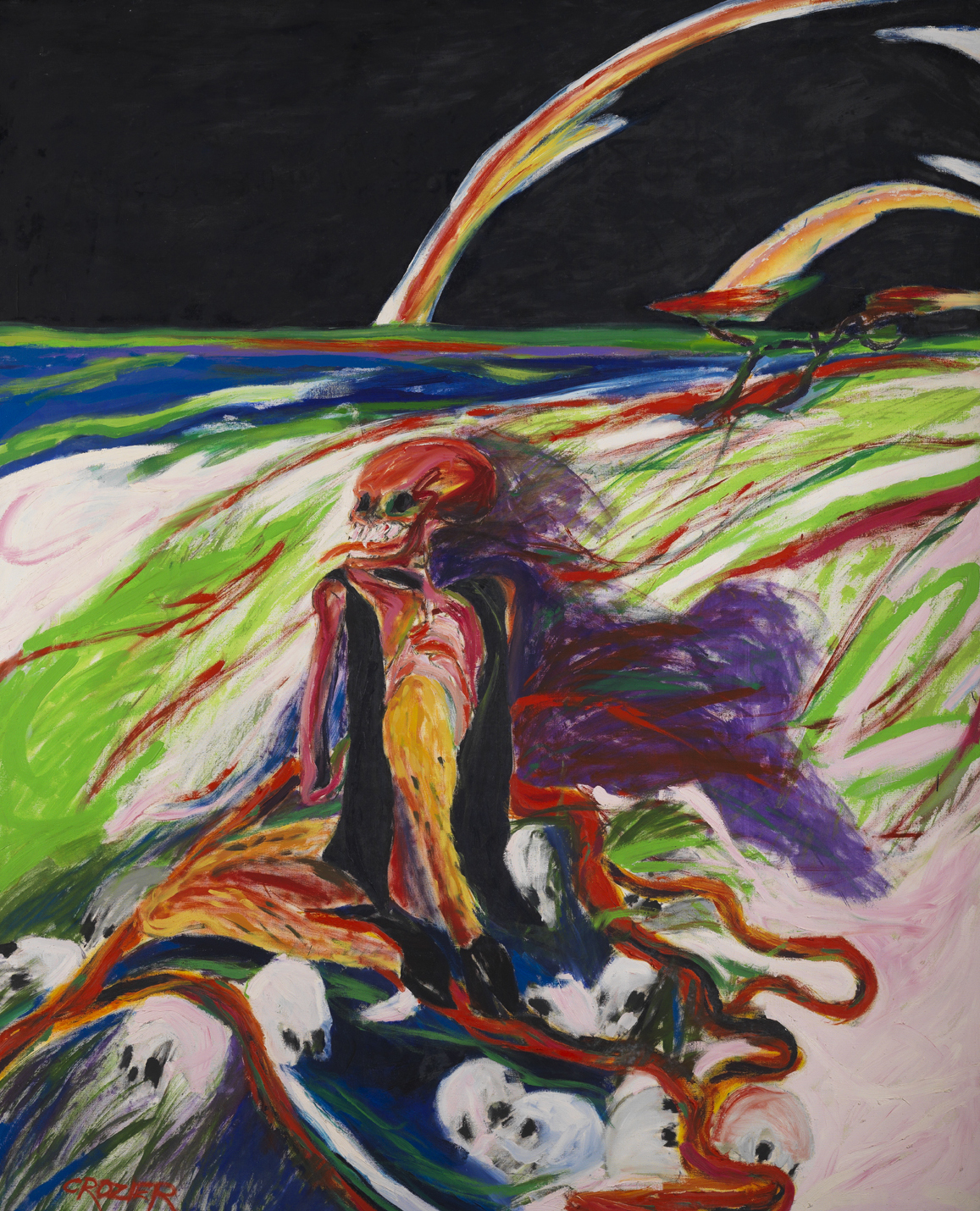 William Crozier, The Edge of the Landscape at IMMA.

When I think of landscape painting, my mind first conjures up impressionist images followed very quickly by all the other bucolic, idealistic, peaceful, sublime images of paintings by Millet, Courbet, Constable, Turner, Leech, Henry, etc. The Edge of the Landscape is something different: it is almost refreshing to be confronted by images of landscape that disturb me immediately. William Crozier’s paintings seem to delve beneath the soil, beneath the very skin of landscape…

From Jack B.Yeats through to Souter and Graham, Irish art history is no stranger to landscape expressionism and indeed, it would be difficult to ignore the affinity that many contemporary artists have with the environment. With its political complications involving ownership, imperialism, etc land has always been a subject for artists and in Ireland there is no getting away from mythical and historical implications either.

Though born in Glasgow, in his later years Crozier settled in West Cork with a native attachment. His palette had already brightened over a period of time living in Spain, but the Irish paintings have a vibrant colour that is unparalleled in his earlier work. As I moved through the exhibition from the large colourful more recent paintings back in time to the smaller, limited palette work (mostly black and white), I found myself appreciating the style that brought this work together. Though the colour in his earlier work is comparatively muted, the dark vibrancy of Crozier’s painting from the fifties through to the seventies remains stimulating. In fact, I realised it was the drawing with paint that attracted me to these paintings.

William Crozier’s approach to painting is not unlike the way that David Lynch approaches film: he carefully reveals a chaotic, sometimes frightening, underbelly lurking beneath an ideal of calm life. Dark themes and a hint of death can always be relied on to take one out of one’s ‘comfort zone’, but even when Crozier is not using skeletal figures to remind us of our mortality his bold brushwork and incisions in paint are a call to heed. William Crozier: The Edge of the Landscape is a reminder of the continued relevance of painting.