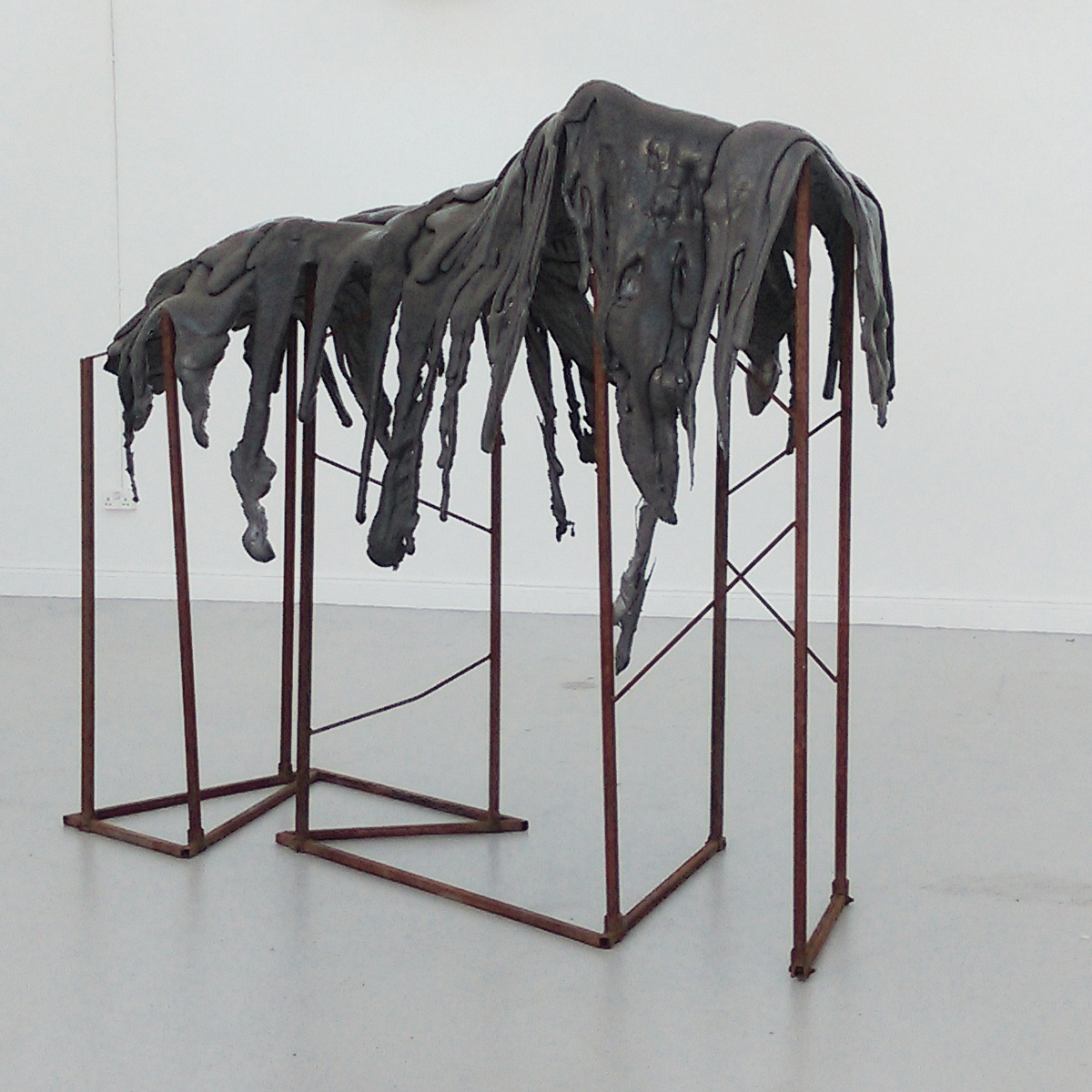 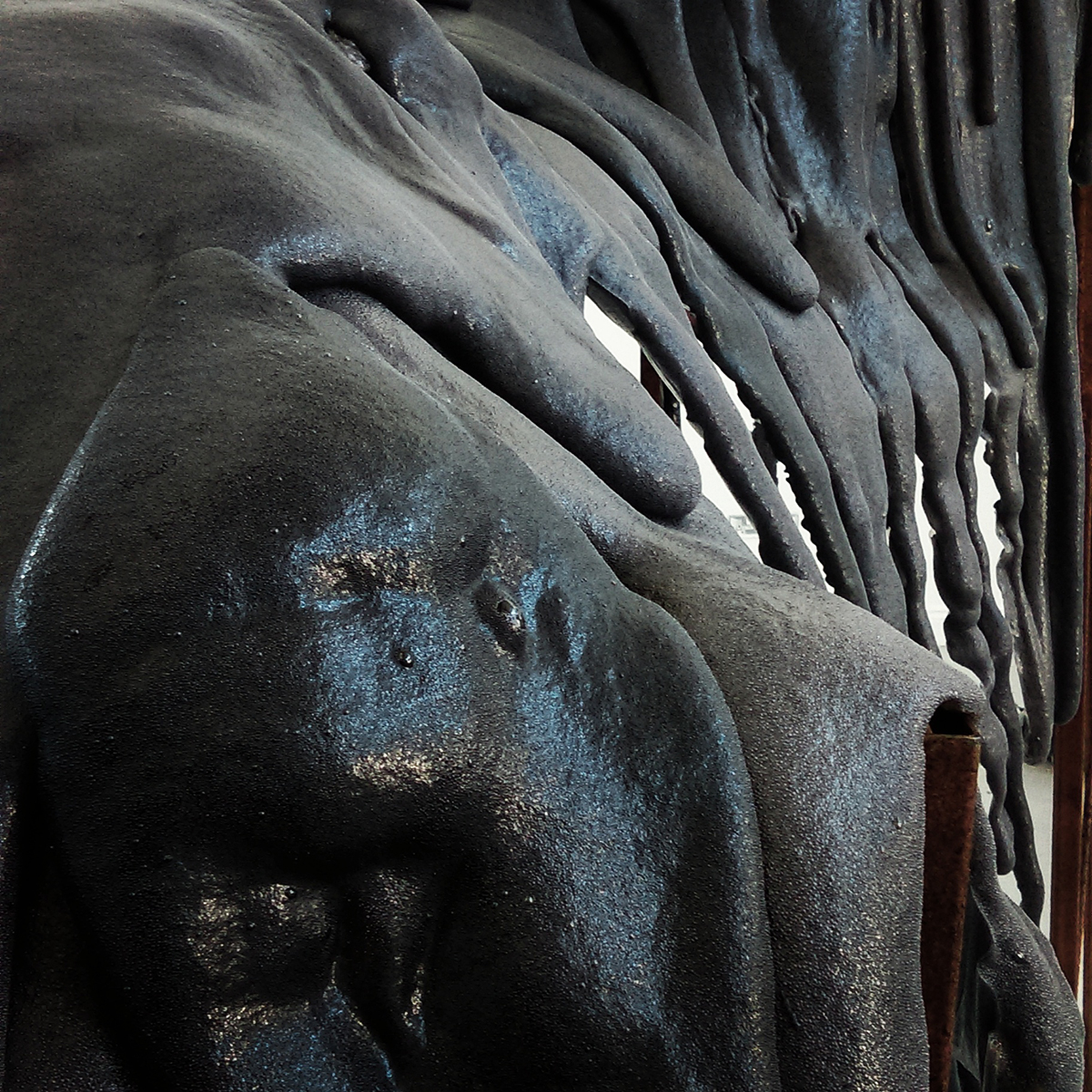 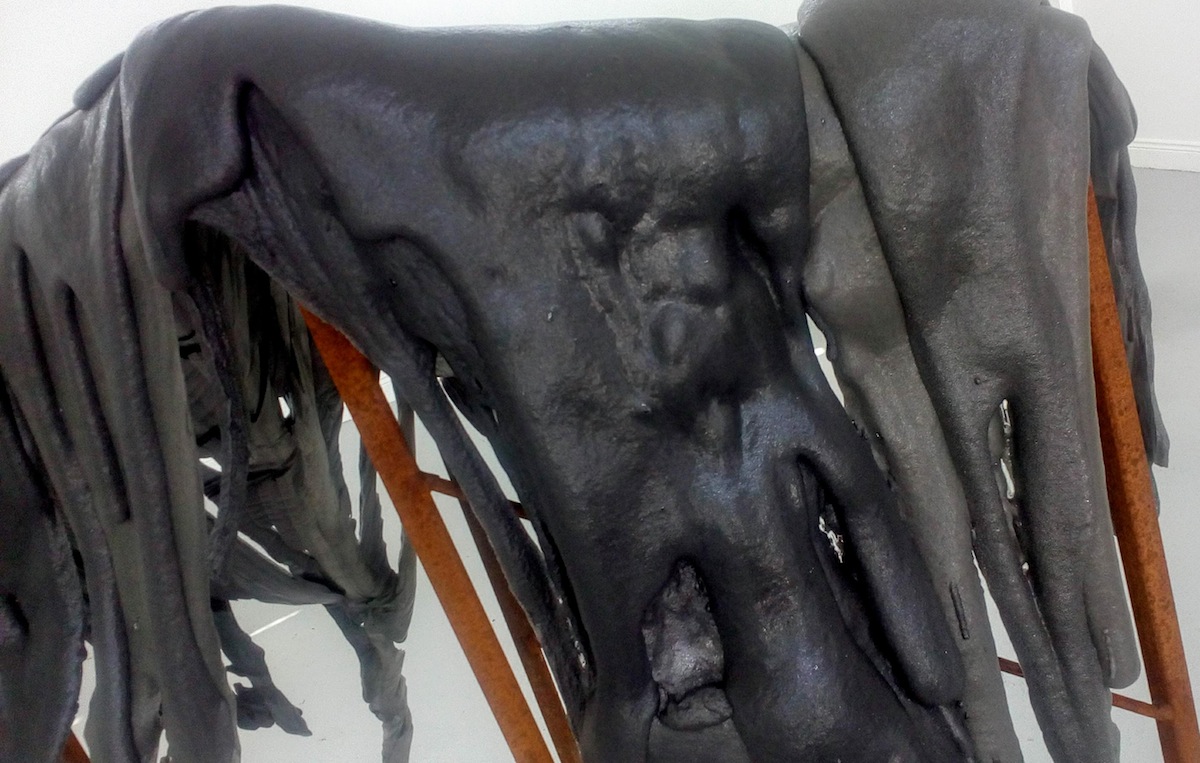 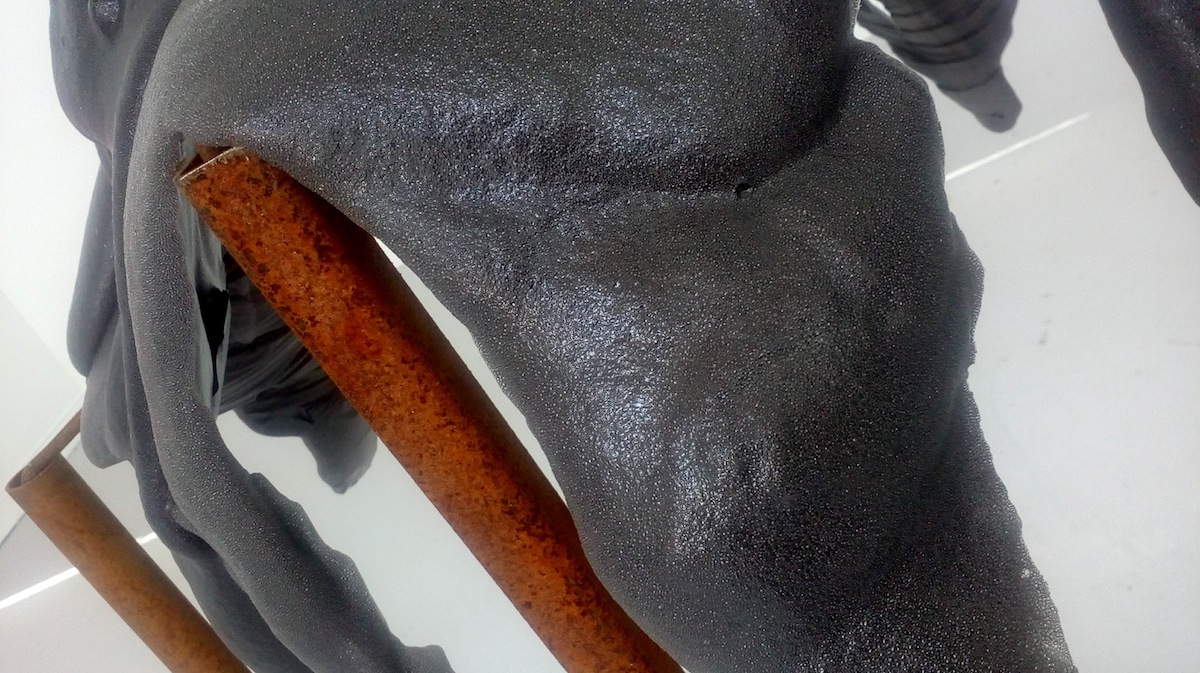 Lisa McClurg presents a free-standing sculpture as her final farewell expression. An expression no doubt representative of a plethora of ideas teased and tossed about with varying degrees of material success before culminating finally as this one single tour de force. You might be forgiven for overlooking the seemingly benign sculpture set amongst a great many works on display as part of FLUX 2018, but this would have been a mistake.

As a combination of but two material choices, a simplicity reinforced by a one word title, Archetype is anything but straightforward.

Rusted steel scaffold and black expanding foam are the flesh and bones of this piece. Scaffolds jut upward as a geometrical superstructure of vertical supports asserted furthermore by a configuration of rusted zigzags underpinning the whole elementary feel. A rise in height waves us forward from the back end of the sculpture to the front as the scaffold begins to lengthen along this same path. And where once black foam runneth over, expanding out to the point of down, motion has now ceased. The rusted steel structure props up the now motionless foam to the height of prima materia or formless life-mass, that primeval substance as yet undifferentiated which precedes form or even function. While below, the scaffolding upholds the notion that what lies beneath our perceived reality is geometric by nature, encountered as such by way of fundamental patterns.

The one word title – Archetype, alludes to a suprastructure or super system if you will by which McClurg situates her sculpture as a consolidation between two points: the conscious world of cause and effect and that of the collective unconscious. The collective unconscious is shared by all, an inherited repository of the symbolic: the archetypes – the content by which this shared suprastructure of the human psyche presents the actual unknown to consciousness. Archetype feels as if some form of life is just coming into existence, reinforced by the logic of structure. The black expanding foam or “shapeless life-mass immediately recalls the ideas of the alchemical chaos…which contain the divine seeds of life…”[1], and so too reminds of “the grinding tectonic plates, the oozing, creeping and eruption of #lava”[2] from which life on the planet first sprang. Archetype intimates something of life both as material and psychic fact, reflecting the process of differentiation in the form of a sculptural meeting between the preconditions of structure and chaos.