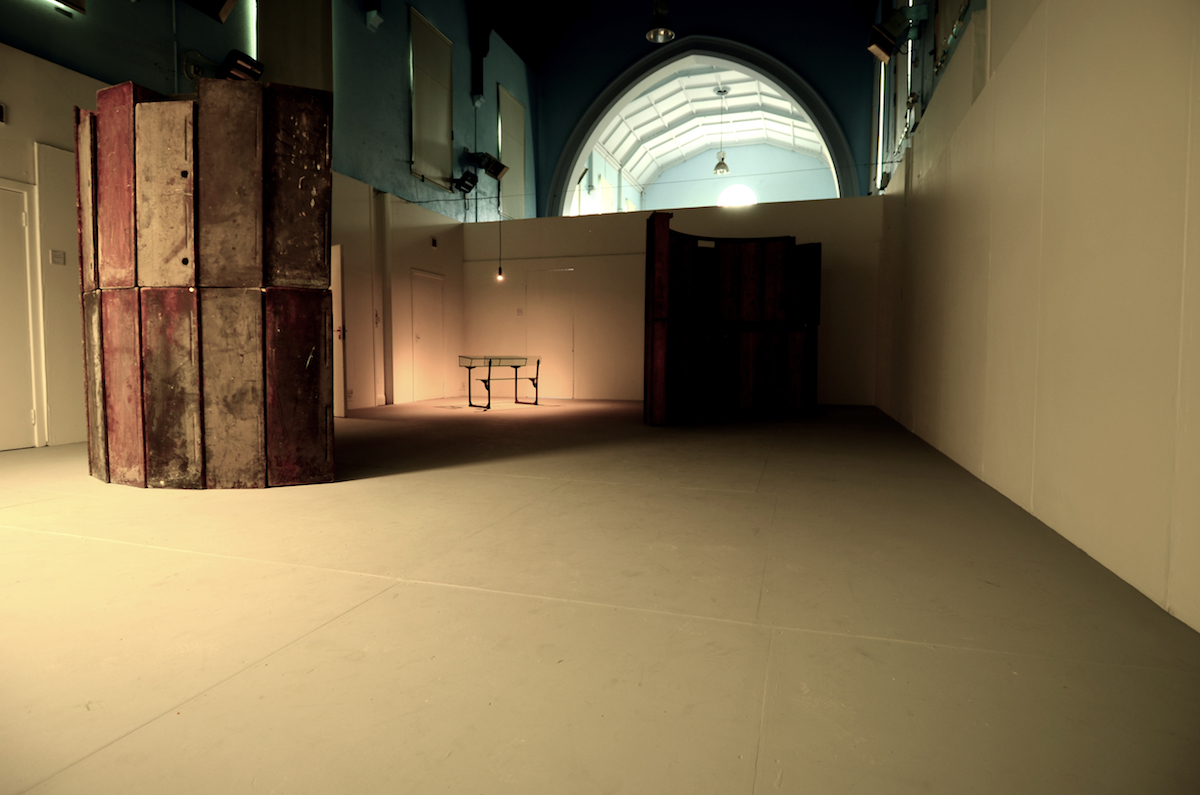 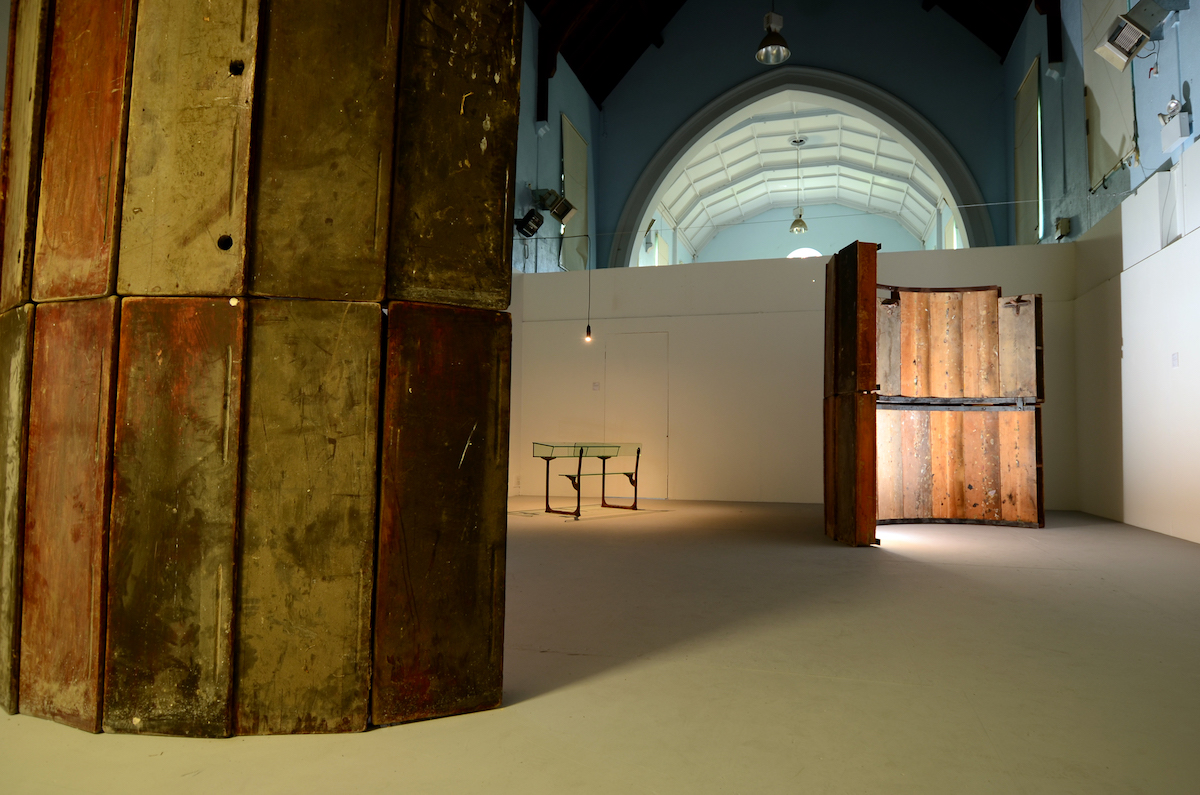 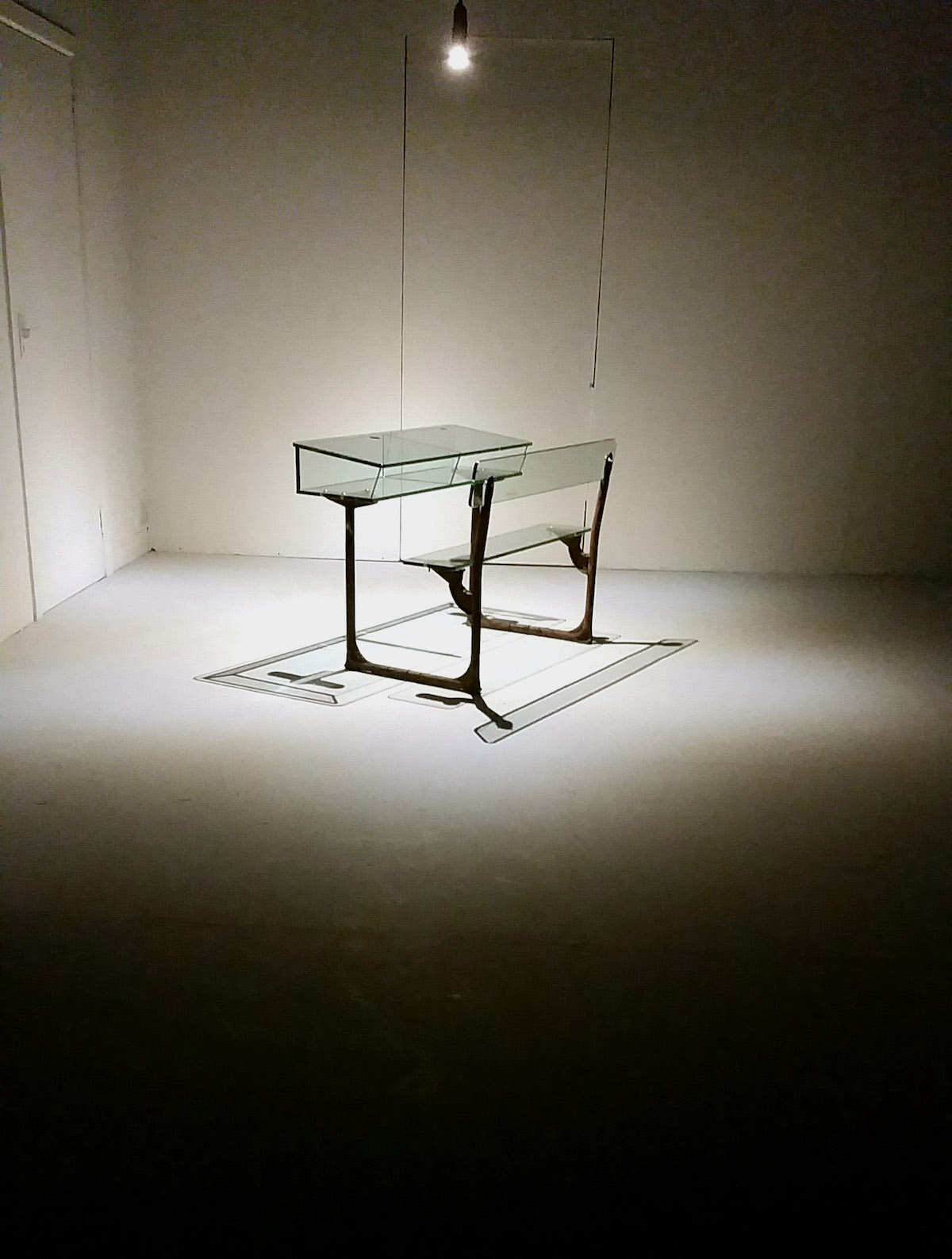 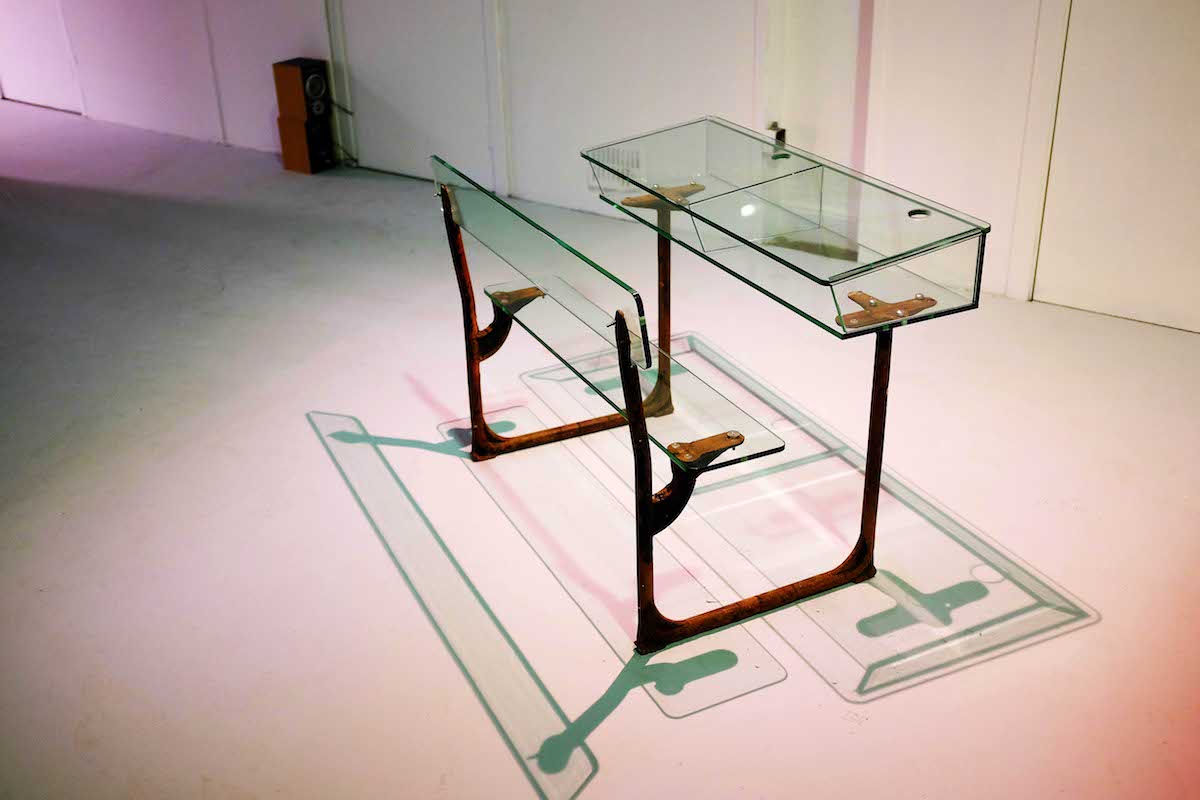 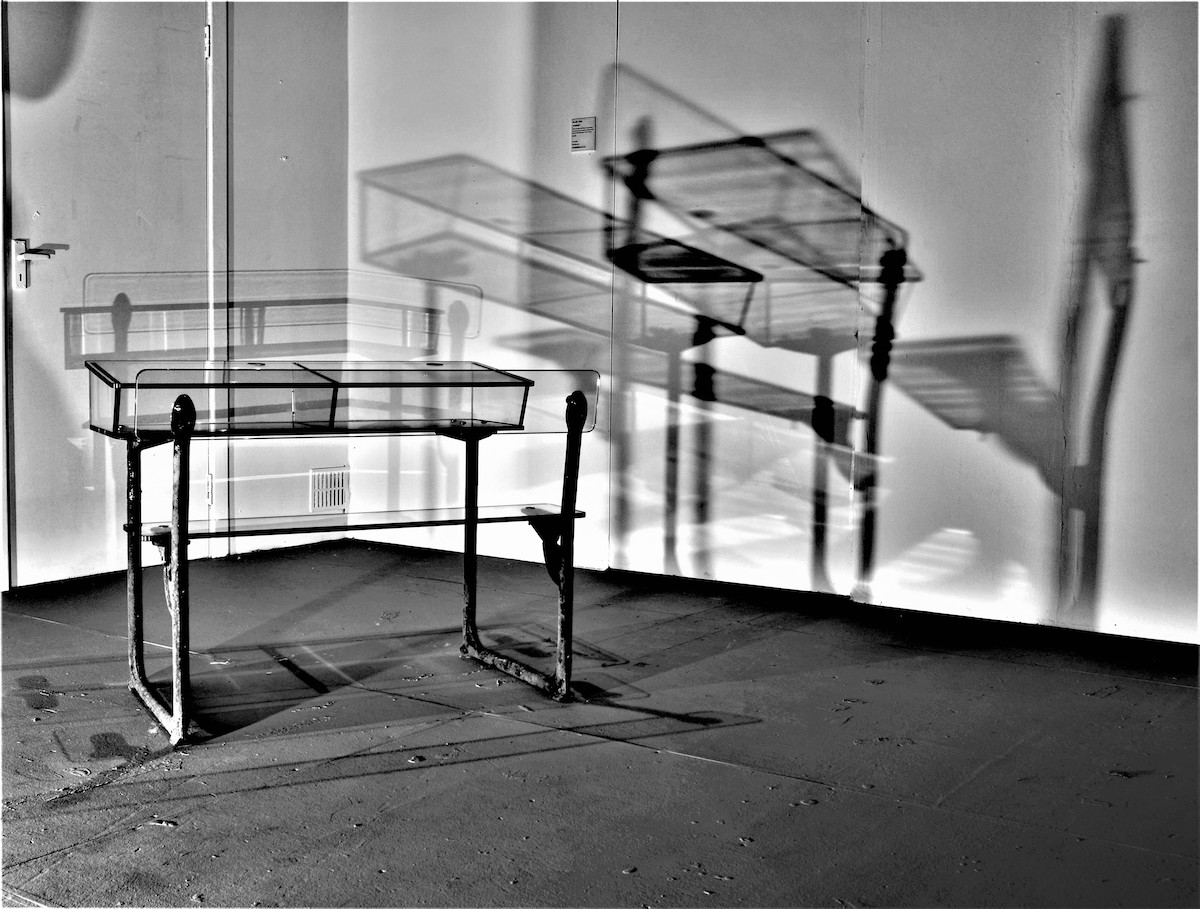 Rounding a semi cylindric mass of darkened wood at the entrance of the dimly lit Cluain Mhuire chapel, the attention is drawn to the pale green glow of a glass school desk under a low hanging lightbulb. The cleanly cut panes of toughened glass seamlessly assembled with ultraviolet glue bring up memories of a retro futurist desire for transparency. The corroded cast iron legs on which they are mounted, however, tell a different story. The desk is a faithful replica of those found in schools across the country throughout the 20th century, down to the inkwell on the right-hand side of both seats. The wood panels of the two semicircular structures that frame the space are each made up of 20 actual desktops bound together by arcs of mild steel. Tim Butler recounts how he found them in his shed when moving to his new house, he has kept the surfaces as they were: carved, pencilled, gummed by years of use.

Shadows of Richard Serra’s Tilted Arc drift by, but Butler’s is a loaded Minimalism: his raw materials are thickly layered with stories and emotions. The artist tells of visitors breaking down in tears at the sight of the desks, the glass version offering a catharsis of a sort: “I can break that!” exclaimed one. Many have tried to engage with the dark legacy of educational institutions in Ireland, Butler, without even mentioning it, has conjured up a poignant and powerful testimony to an opacity that thwarted so many lives.