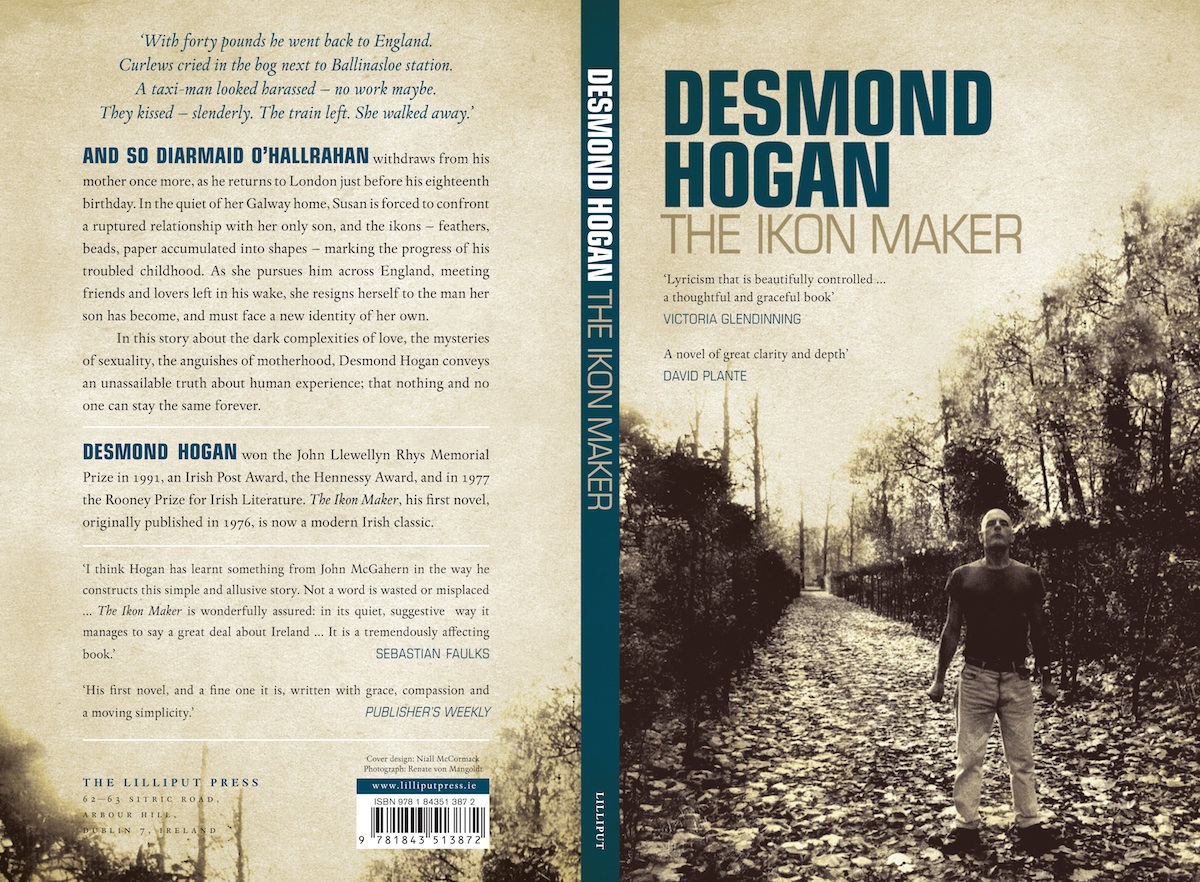 Ikon – a sign or representation that stands for its object by virtue of a resemblance or analogy to it.

On a wet winter’s day in Galway City I twice encountered work by artist and writer Adrian Duncan. First in Charlie Byrne’s Bookshop as I perused then purchased a glossy copy of the journal Paper Visual Art. Duncan’s headline ‘Description in Art Criticism’ caught my attention. Essentially a polemic on the reliance by international art publications on the documentary photograph in art criticism, Duncan argues that the “photograph stifles the structures of subtlety that the writing or artwork in question, may have.”[1]

An hour or so later in Galway Arts Centre, I am drawn to an installation titled The Sun Swallowed in Holes, one of the works shown for the TULCA Festival of Visual Arts on which I am writing an ‘overview’ for another publication. Two projectors sit on the floor side by side, not a bit concerned with camouflage. One projector casts its lumens on the vertical edge of a small pane of glass through which a moving image of an old style streetlamp refracts into two, merging back into itself on loop. The second projection displays text, fragments of prose taken from the first chapter of Desmond Hogan’s Galway-based novel The Ikon Maker. [2]

Now, some months later, I am attempting to write about an artwork by an artist who writes about how artworks should be written about. Should I take his advice and use ‘evocative language’ that appeals to the senses and should I curb my instinct to be referential, to pluck from my repertoire of experts? Perhaps a quote by Boris Groys who tells us in his 2016 book In the Flow, “Artworks that create visibility for things lose their own visibility as things in the world.”[3] Having now read the book which the artwork so evidently points towards, The Sun Swallowed in Holes seems to no longer exist as an autonomous ‘thing’ in and of itself.

Taking Duncan’s advice and describing the work evocatively, as if my readers were in a dark room, I would, quite simply, have to read Hogan’s book out loud. As Duncan states in his essay, “The artwork, once presented in a photograph, struggles to live any differently in the mind of the reader as the photograph imposes onto any visuals that might be generated through descriptive writing.” The Sun Swallowed in Holes, as much as it presented itself as an art installation could be described as an artwork that is essentially a photograph of a book, and thus cannot exist in the mind of this writer as anything further than that which it made visible.