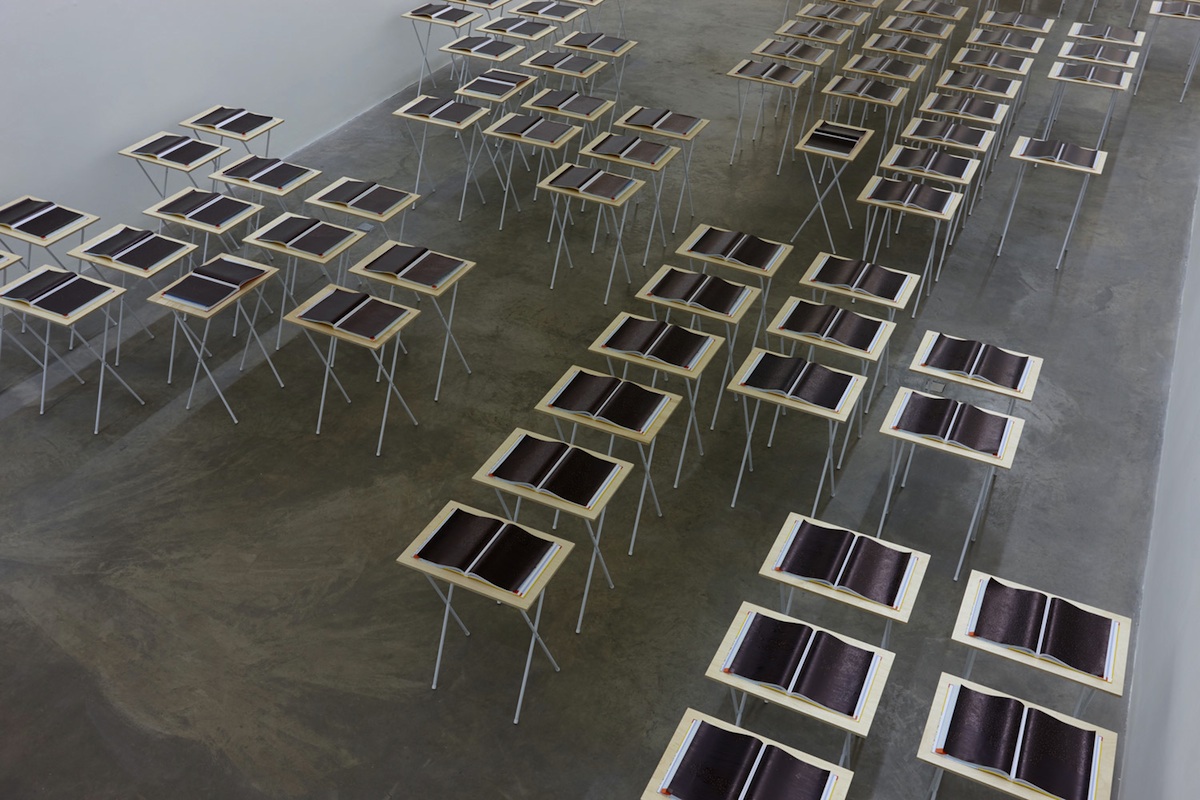 While looking at ‘Atlas’ by Kathy Prendergast I was reminded of my old illuminated globe. This was an object that ceaselessly fascinated me as a child and I would spend hours tracing the outline of countries with my finger, following the paths of air currents or mouthing the names of exotic places to myself. But what enchanted me most was that with one flick of a switch – click! – the globe would light up and a hidden topographical world was revealed. Vast ridges, ancient forests and undersea mountain ranges suddenly became visible as they nonchalantly crossed man-made borders around the world.

But there are only the faint, ghostly traces of recognisable landmarks to be found in ‘Atlas’. Prendergast’s new installation, which continues her exploration of maps and cartography, consists of one hundred AA road atlases, each on its own table and drawn over with Indian ink. Borders, place names and topographical details are all lost in the black ink, leaving just white dots which designate a town or city. This creates a strange effect, like looking down on Europe during a night flight across the continent.

The strategic placement of the trestle tables in the gallery approximates the position of each country in Western Europe, from Iceland to Greece, so I was curious to see if I could find my own home-town in the west of Ireland. However, even though I knew where it should be (Atlas Number 4: Sligo-Belfast), I just couldn’t locate it exactly. It was unrecognisable in that constellation of places, adrift somewhere in a pool of darkness.