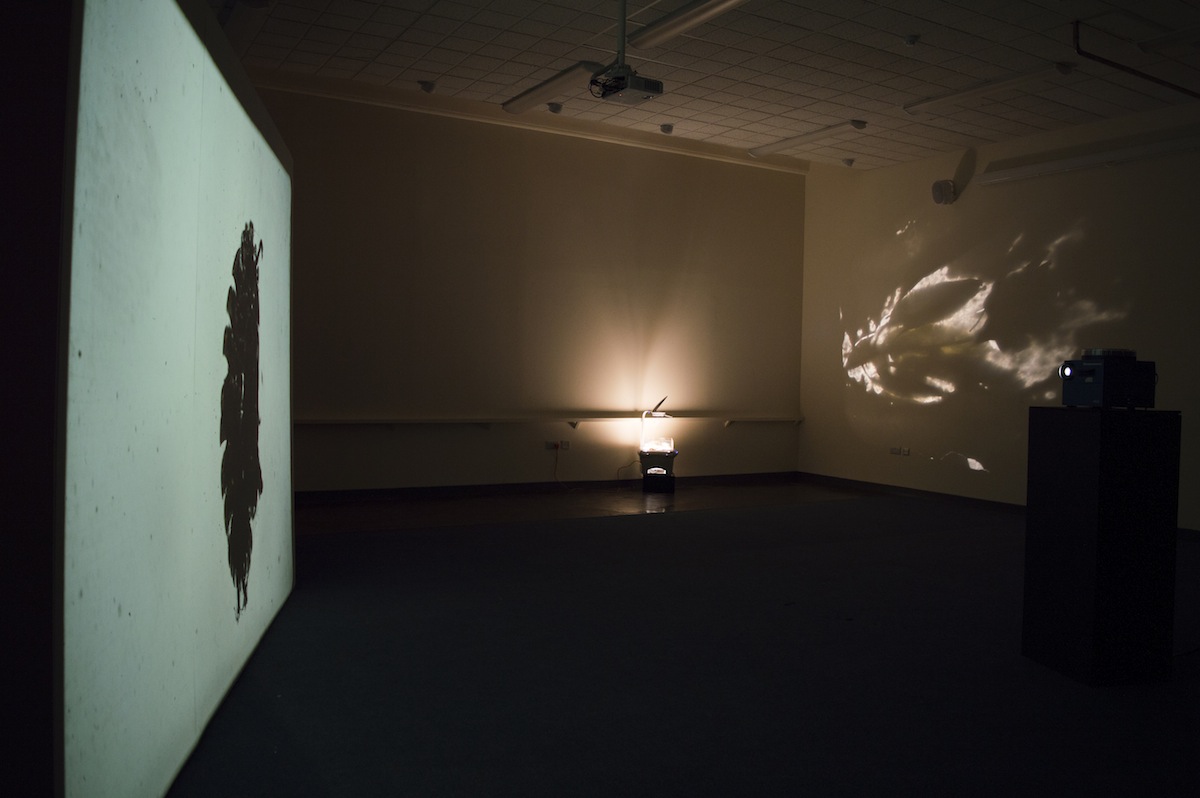 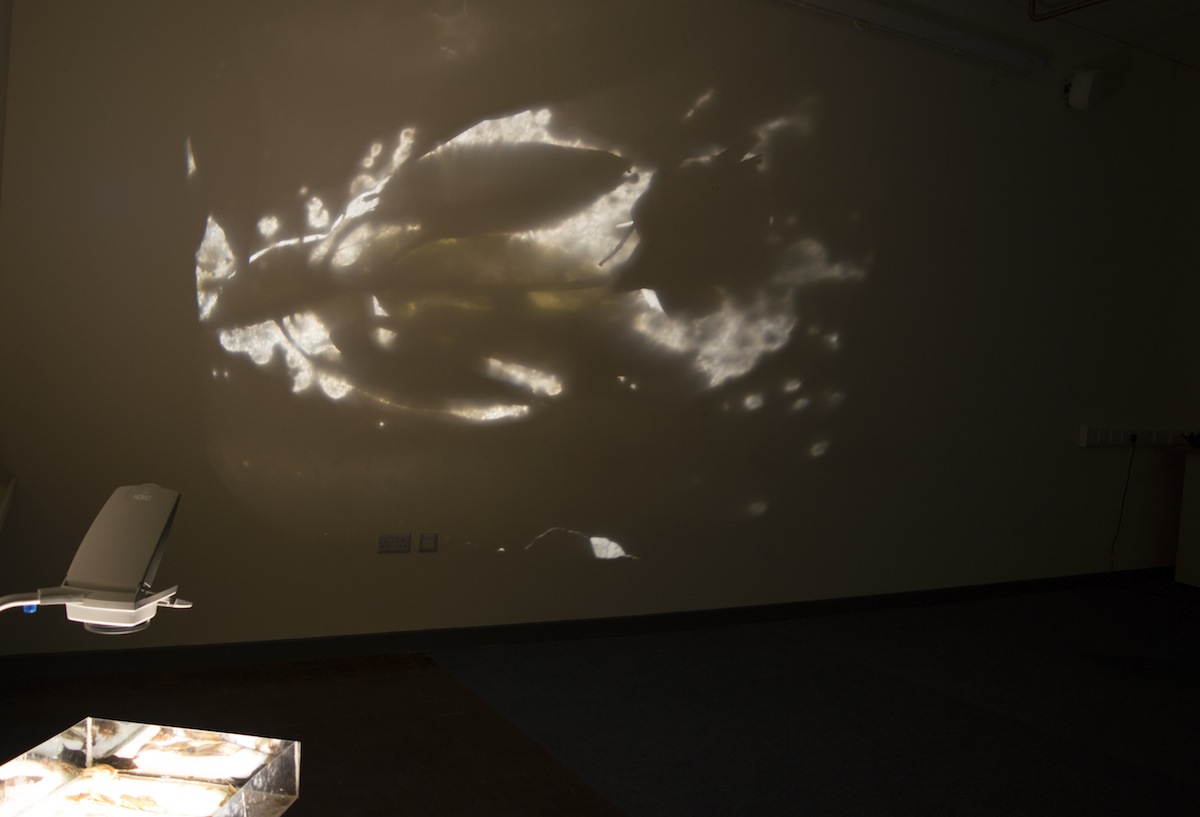 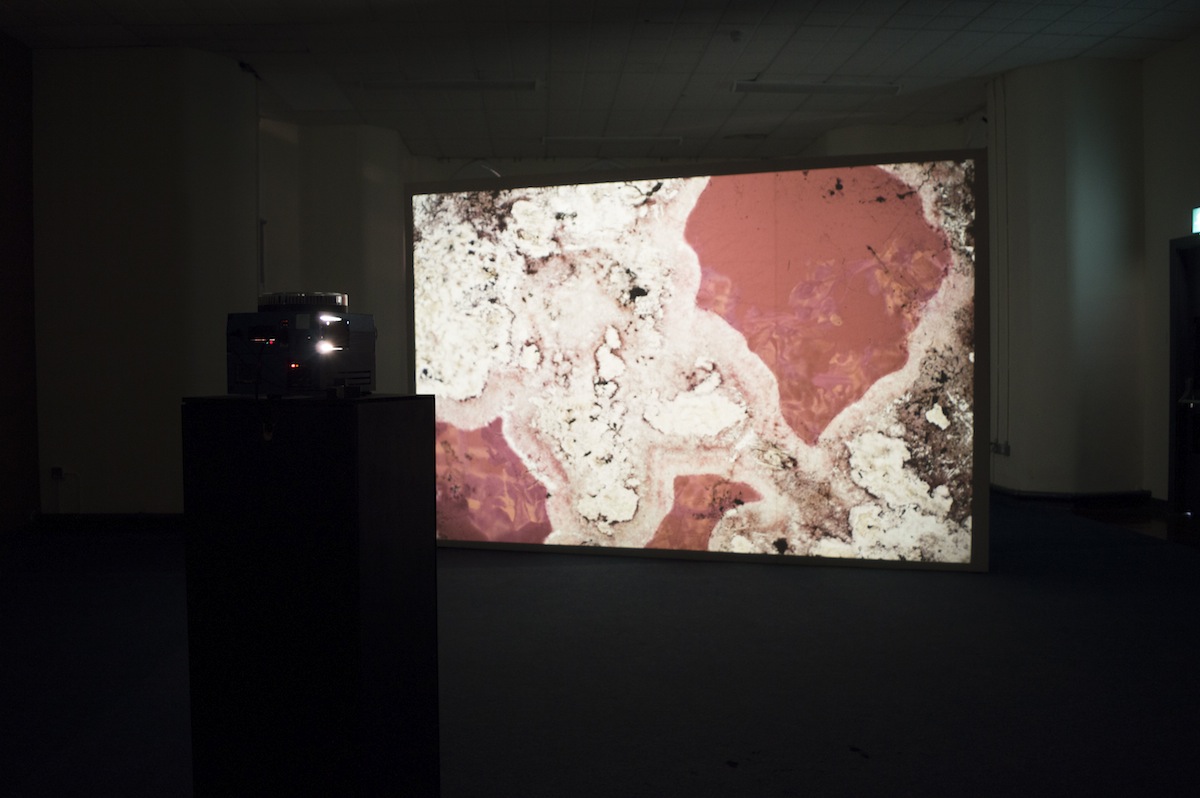 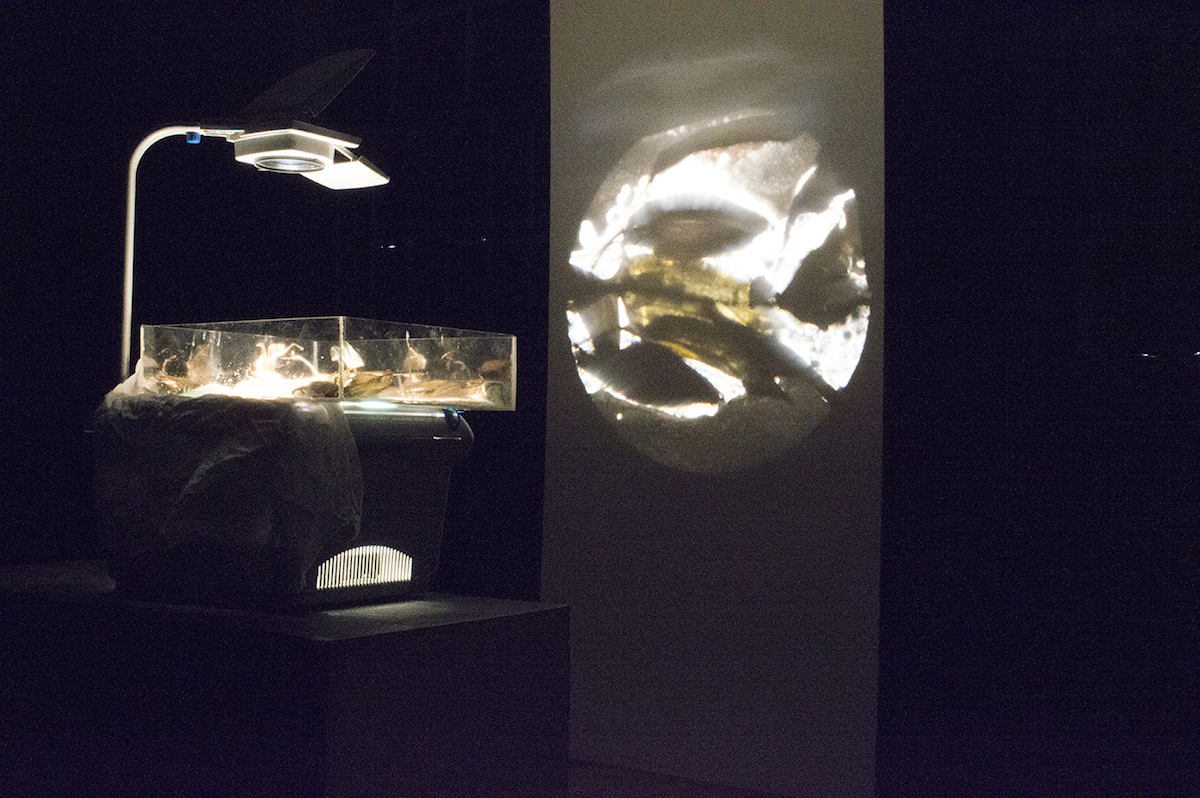 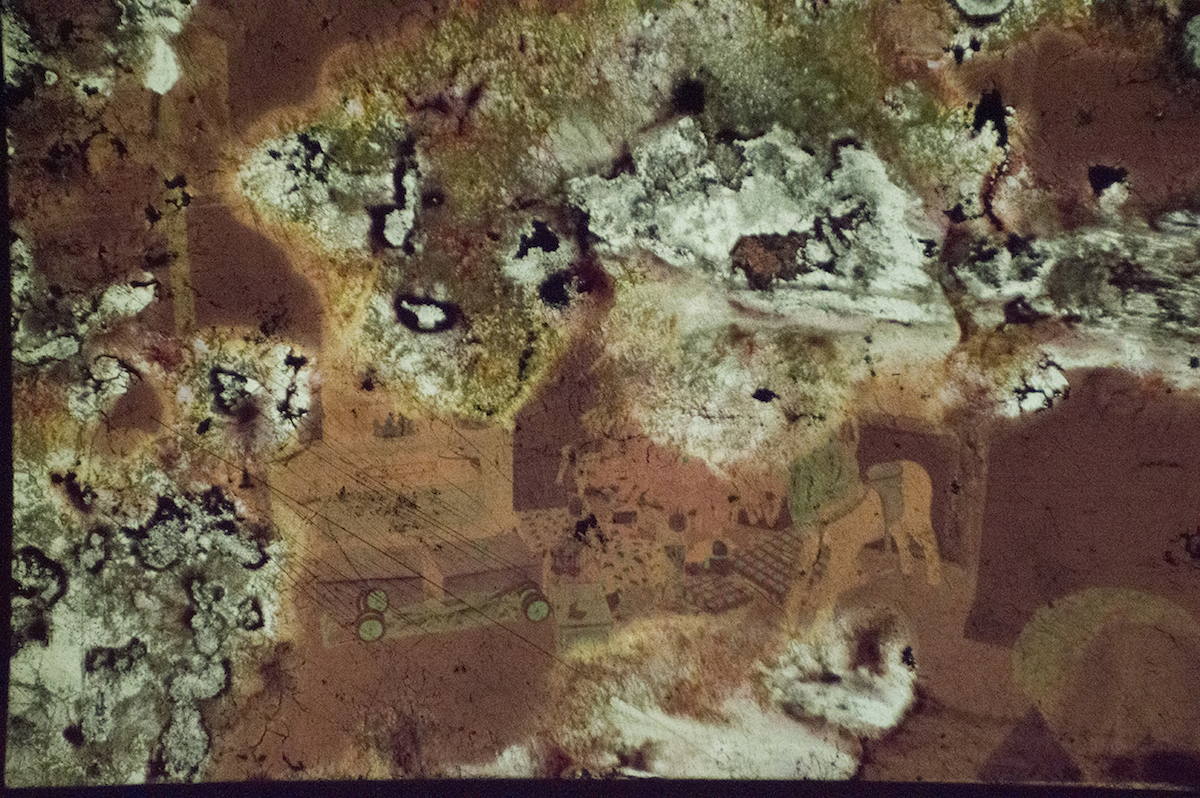 The forms and tropes that reoccur this time of year across Ireland’s art colleges are present here too at the DIT degree show. But so too – in glimpses – is that underlying sense of engagement with material that might flag an artist as one to watch for the future. Aoife Fogarty’s installation Engulf produces just such a sense.

Fogarty presents a lush and varied series of images that either depict decay or that are themselves moulded. Projected slides of flowers and insects are interspersed with slides hosting legions of microbes parlaying in forms of brilliant colour. Without requiring much from the viewer, a strong oscillation between pictorial anecdote and living record is formed.

These slides steadily stream from droning carousel slide projectors straight onto two sides of a large projector screen. The clockwork humming of the carousels lull and pin the gaze to the entropic displays on both sides of this central construct.

The seminar space acting as host complements the work nicely – a dimly lit room where the pacemaking wheeze of the carousels drapes the encounter in a fitting air of scientism. In certain instances though, some of the slides riding the carousel are projected off-kilter and deframed, and in these irresistible fly in the ointment moments, probing tremors permeate the case-study effect that veils the presentation.

At times the moulding slides threaten to wear thin through excessive abstraction, but in such moments images pop up that are far more figurative. The ghostly traces of plants queue clichéd imagery of pressed flowers between the pages of Victorian novels. An overhead projection that shines in unassertive dialogue with the central feature presents one of these flowers in the flesh. The plant lies soberly in a tray atop a projector, and its silky spectral image is conjured with a somehow poetic matter-of-factness. This addition manages to challenge any resting sense of uniform duration sourced from the wheezing carousels and the metronomic pace of the slides, and rounds out the installation nicely as a show that is confident in its materiality without needing to force any ideal conclusion.