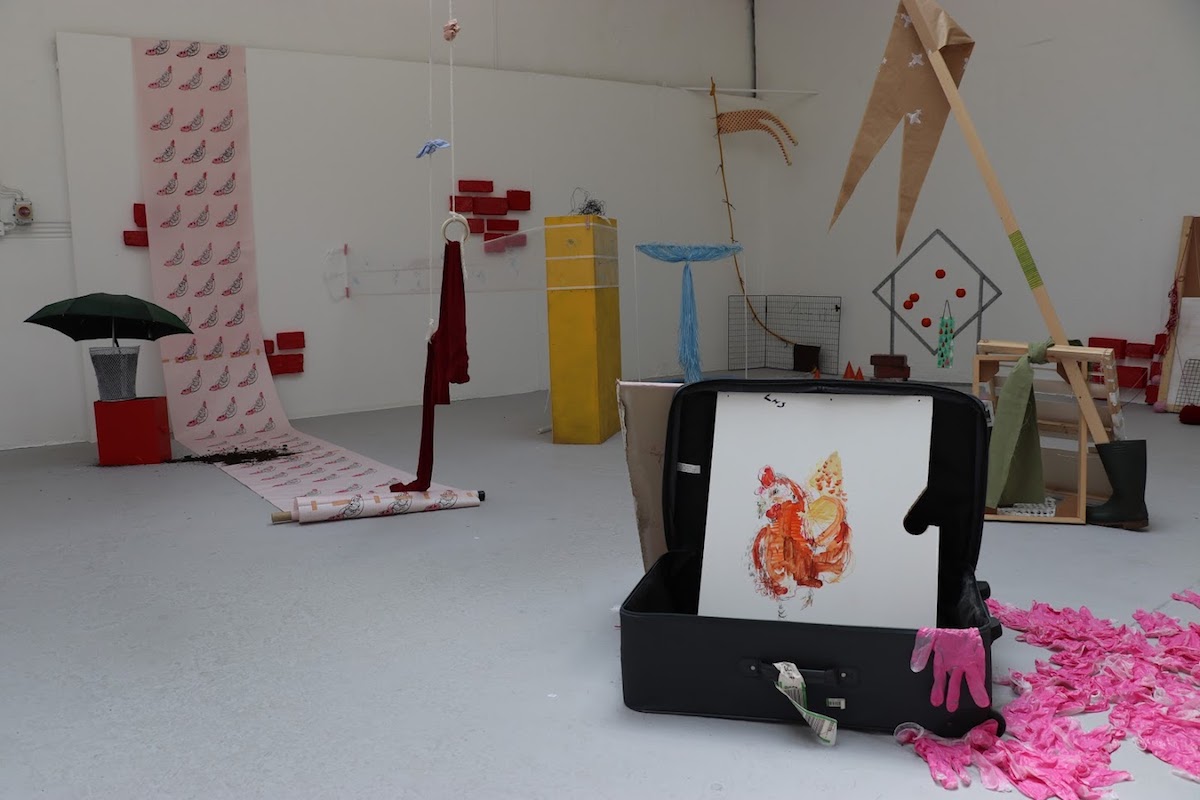 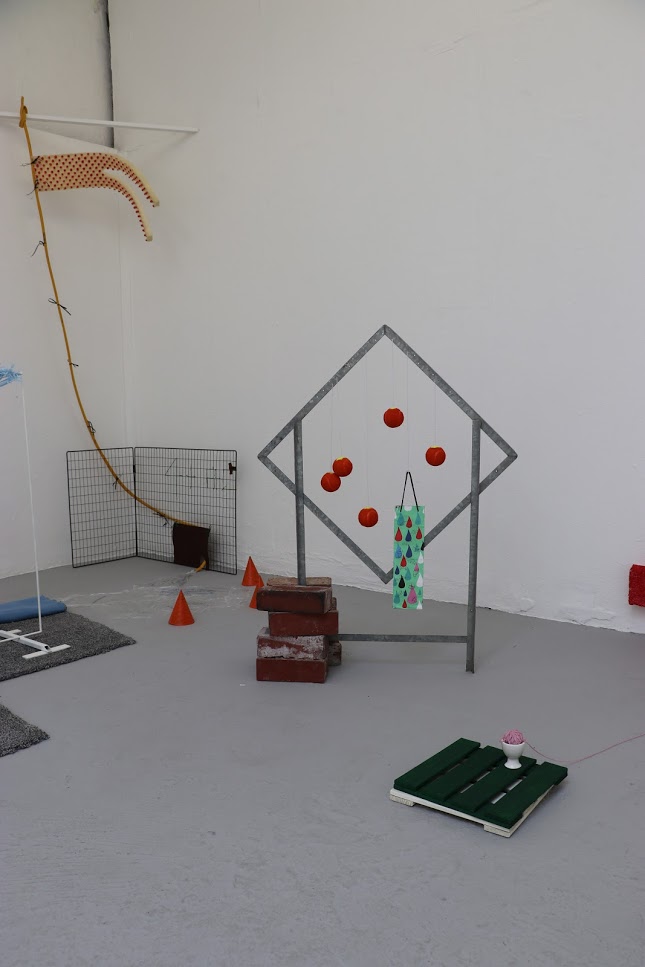 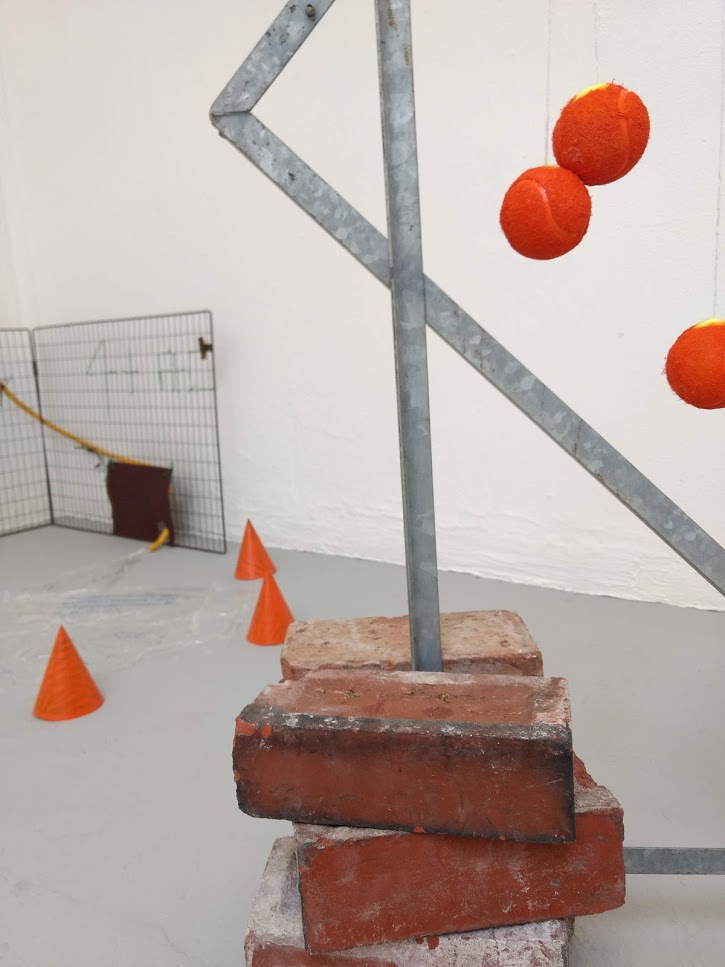 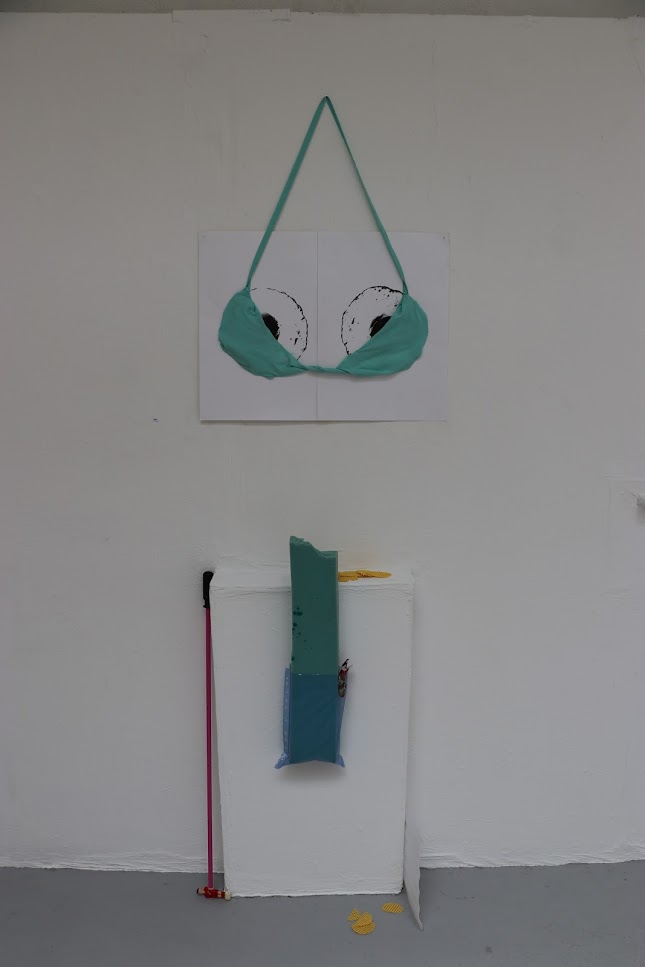 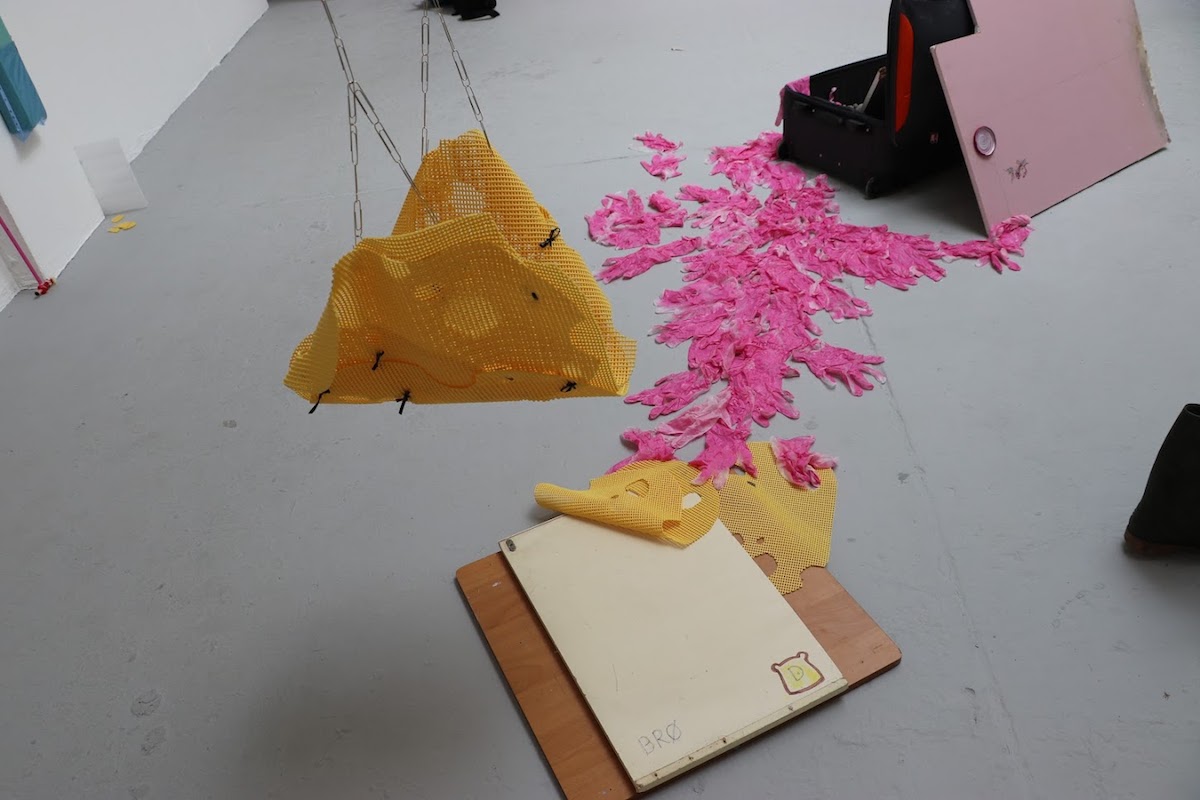 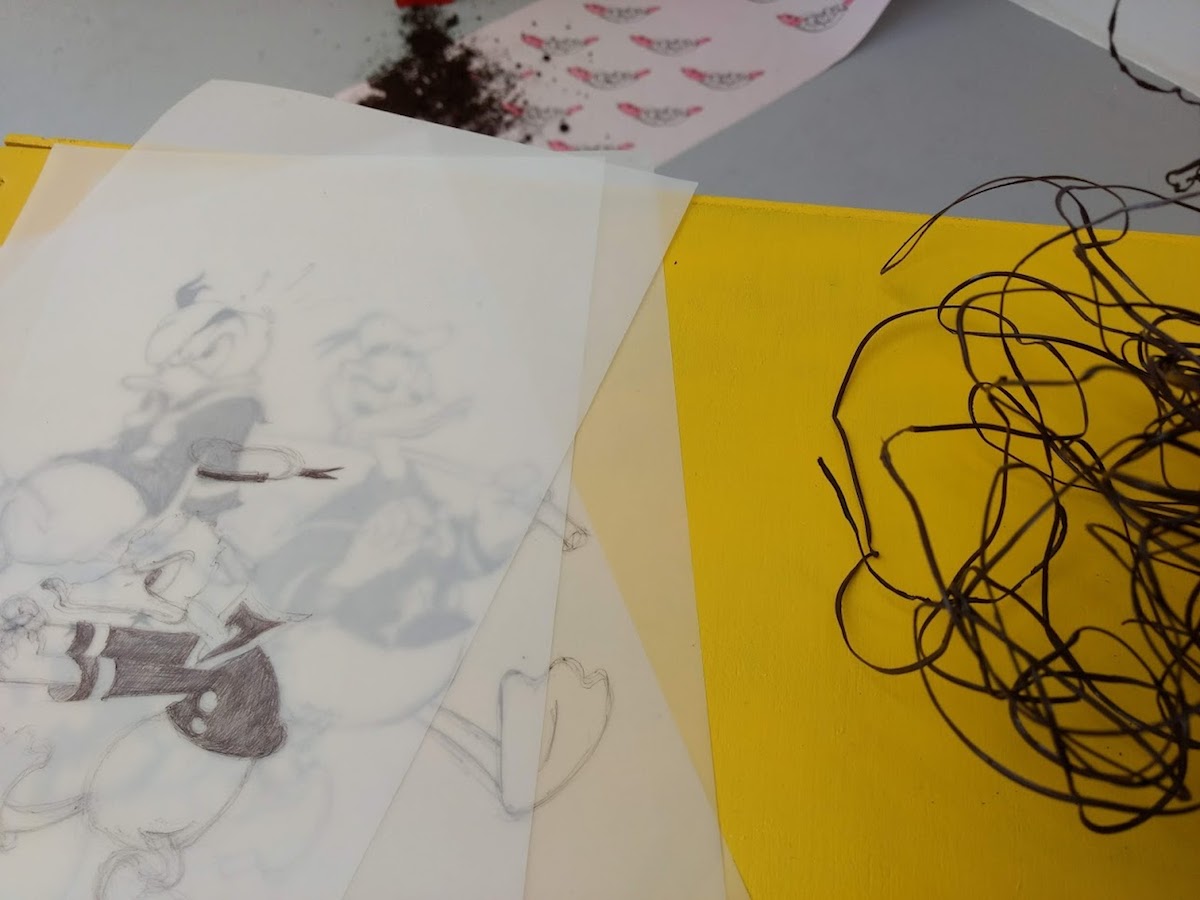 Recently I have been reading the term ‘peak stuff’ in relation to the slow down in the consumption of ‘things’ in the UK. Theories proposed as to the cause of this range from the obvious – people have less money due to continued austerity – to the more speculative – people are sick of stuff due to the decades long dumping of cheap Chinese commodities and now want ‘experiences’.

Anne-May Tabb’s graduate exhibition reflects the contemporary ambivalence around cheap commodities, the objects that are so ubiquitous in our world as to almost be invisible. She recycles these objects by bringing them into the art world. This re-purposing is towards expressing the enigmatic qualities of the everyday (her stated interest) – its ability to be both mundane and marvellous. This spectrum of expression rests on the ability of objects to express. Thus her installation arranges a constellation of different things, including latex gloves, tennis balls, coloured yarn, bricks, Styrofoam. They are all manipulated in some way: paint is applied, a table football set has been dismantled and the little model footballers still attached to their steel bars are propped against the walls. A model bird clings to a rusted metal grid; pink painted clothes pegs attach cling film barriers to a painted wooden rectangular box. Plastic yellow webbing, through which small black plastic bows have been threaded, form a floppy swing, hanging on two chains constructed from paper clips. Here I am falling into the listing trope that runs through the texts of ‘Triple O’ (Object Orientated Ontology – e.g. Jane Bennet’s Vibrant Matter). Rather than being disposed of these objects are posed anew as art and given to a context in which they are allowed to be ‘vibrant’.

Tabb’s installation has a cartoonish quality; the colours pop in the way of cheap commodities; these have already been aestheticized, their designed surface the hook to snag the shopper. They signal that the aesthetic of vibrancy is already at play in commodity culture. The work also alludes to many 20th century art styles including Arte Povera, Pop Art and Minimalism; and employs techniques from print through to drawing, painting, assemblage and juxtaposition. The one pervasive modern technique it does not use is photography. This further points to the expressivity of objects and materiality in contrast to a medium such as photography built as it is on mediation. This installation could continue indefinitely, but it does not employ extreme accumulation as a technique. It has a relaxed, playful quality, the colour palette pretty. The installation sketches a scene populated by remnants from the everyday and using tropes and techniques developed by 20th Century art practice engagingly works through some of the aesthetic avenues implied today by ‘peak stuff’.