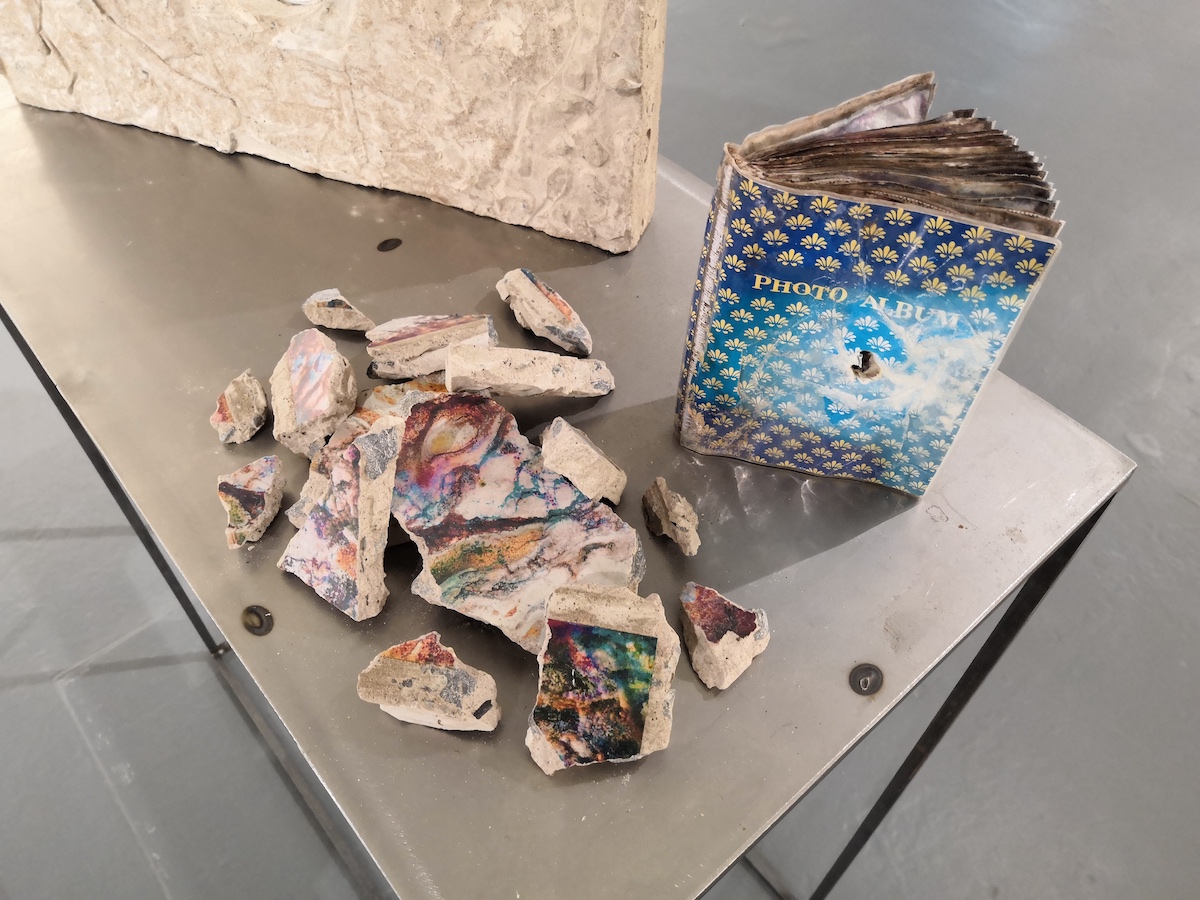 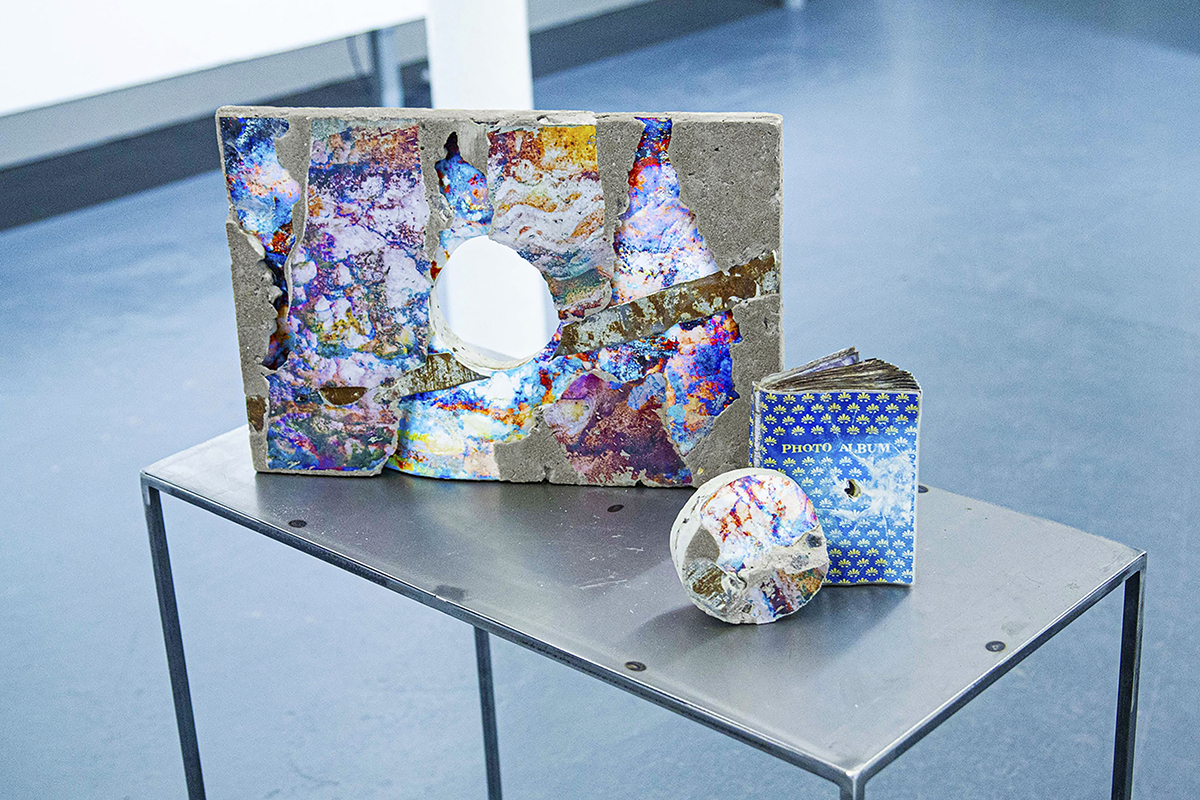 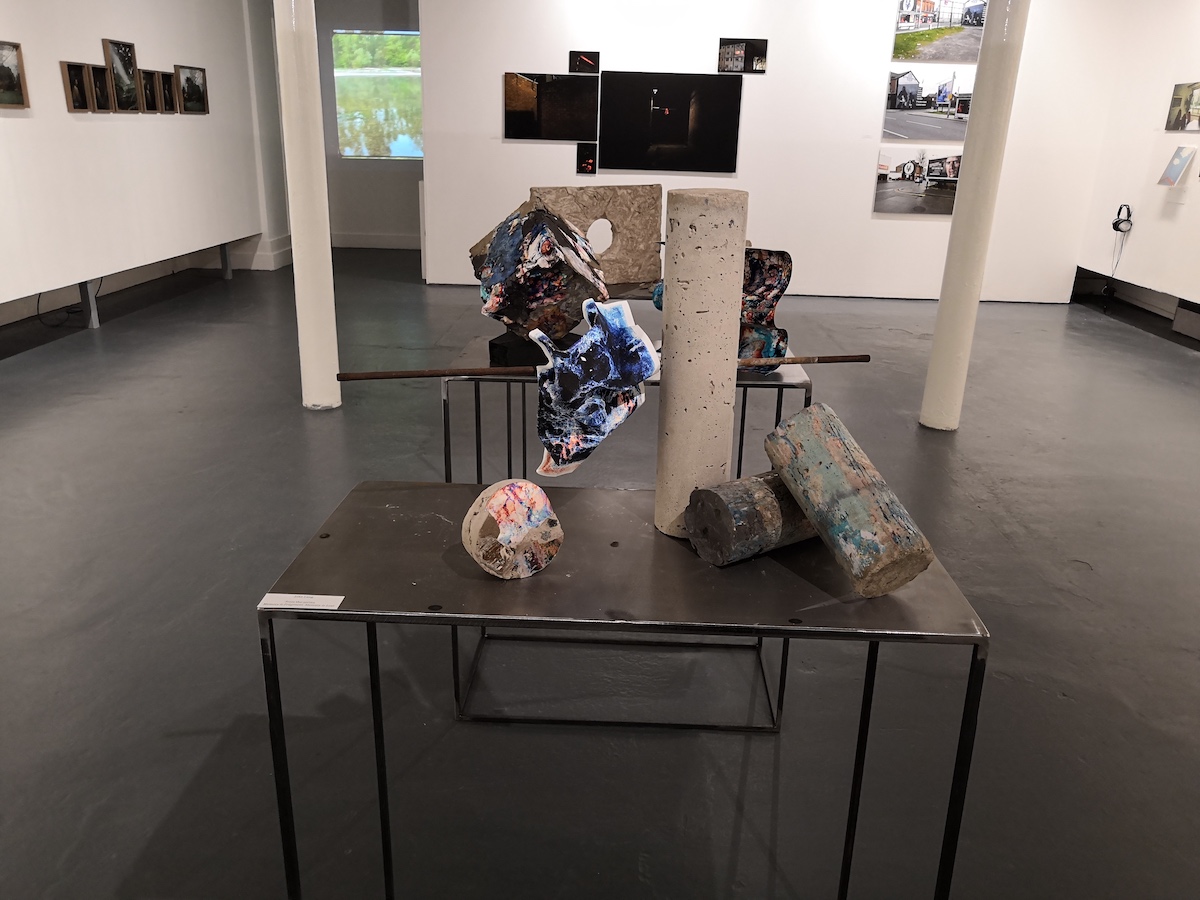 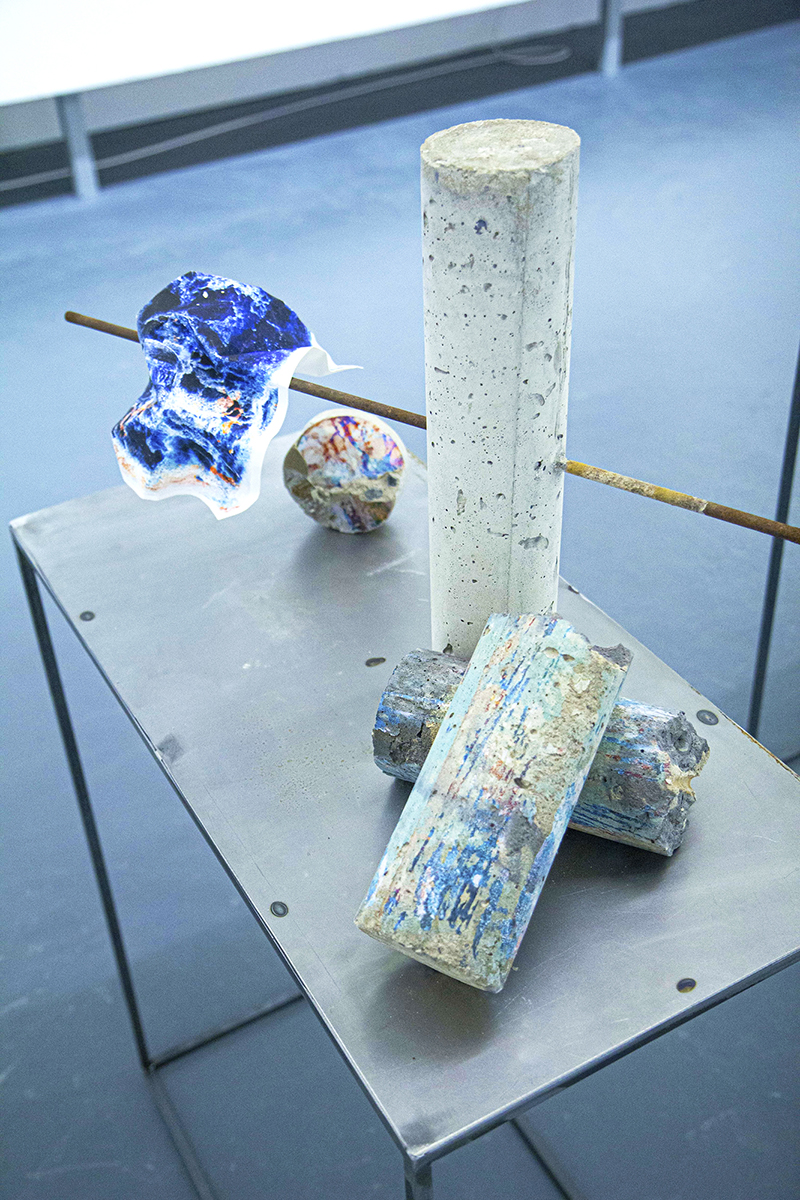 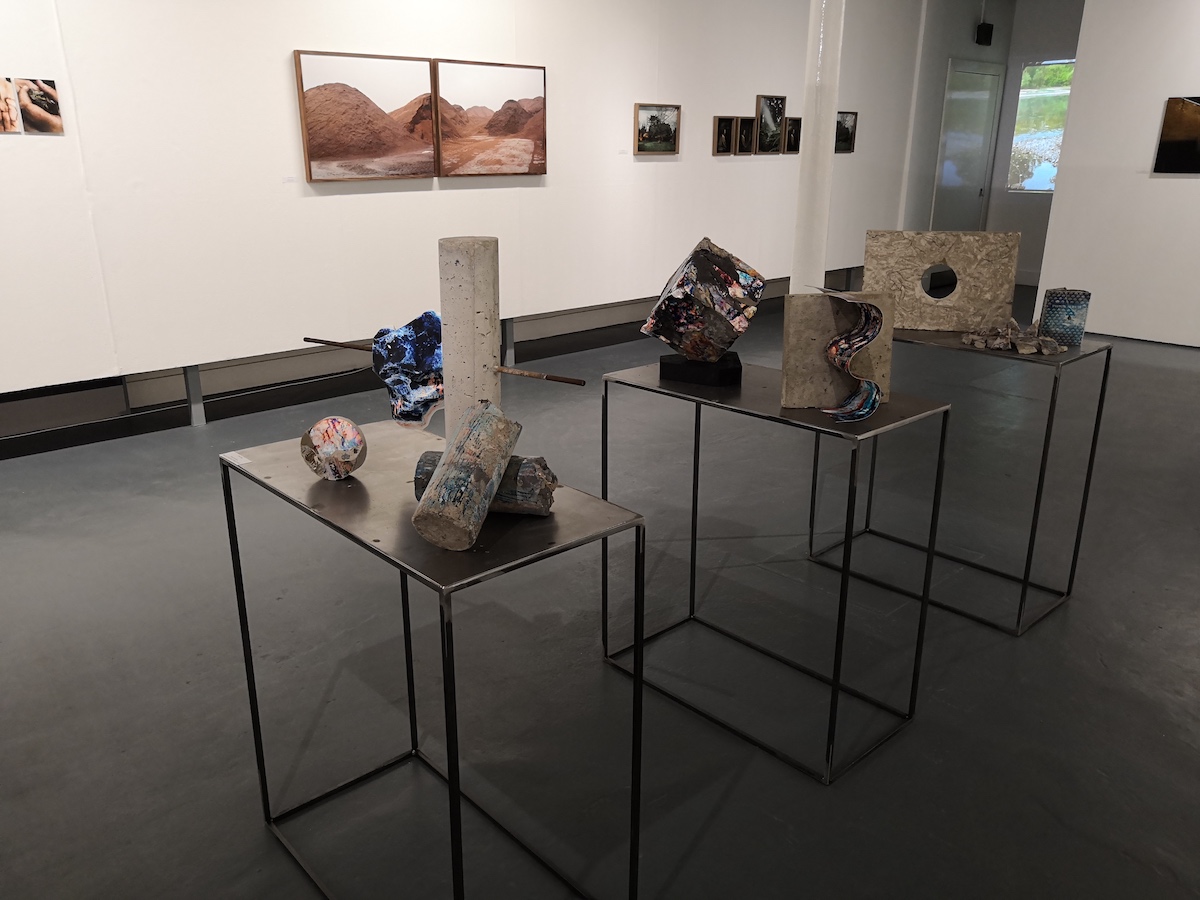 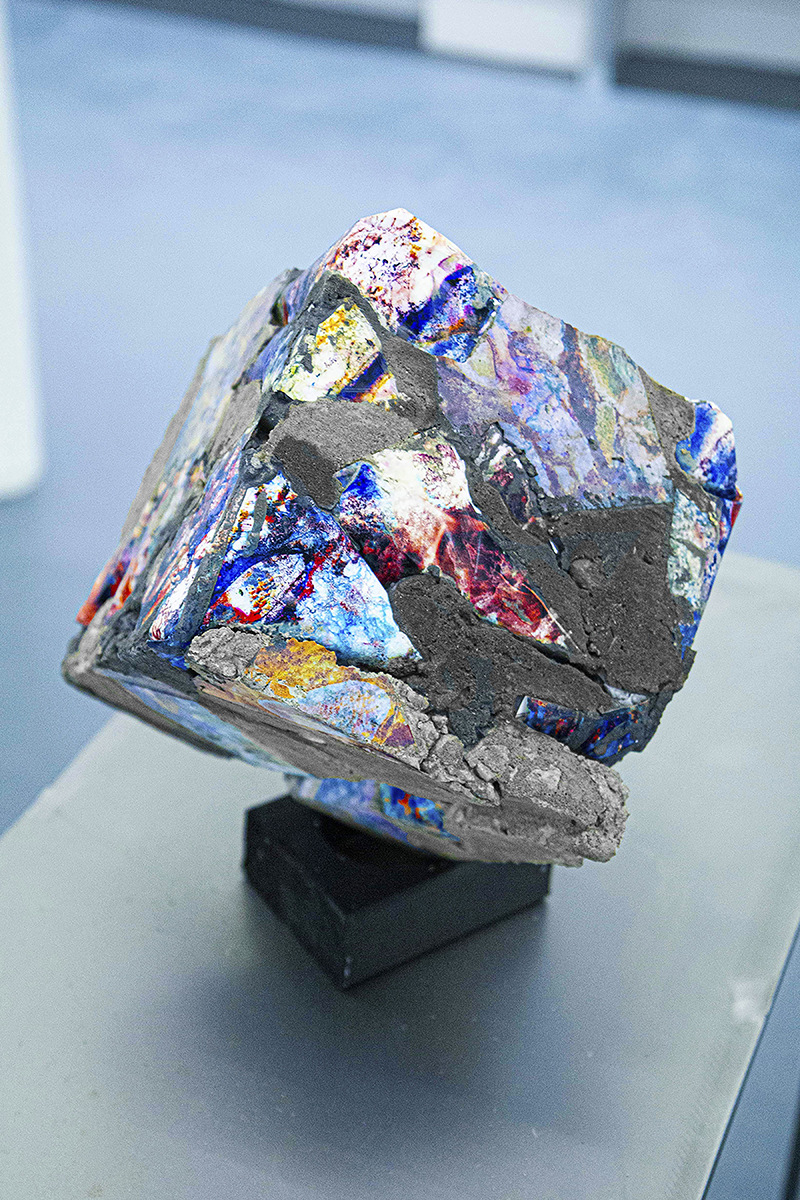 Jake Lange, Mnemonic Object - No. 02-B. Image courtesy of the artist. 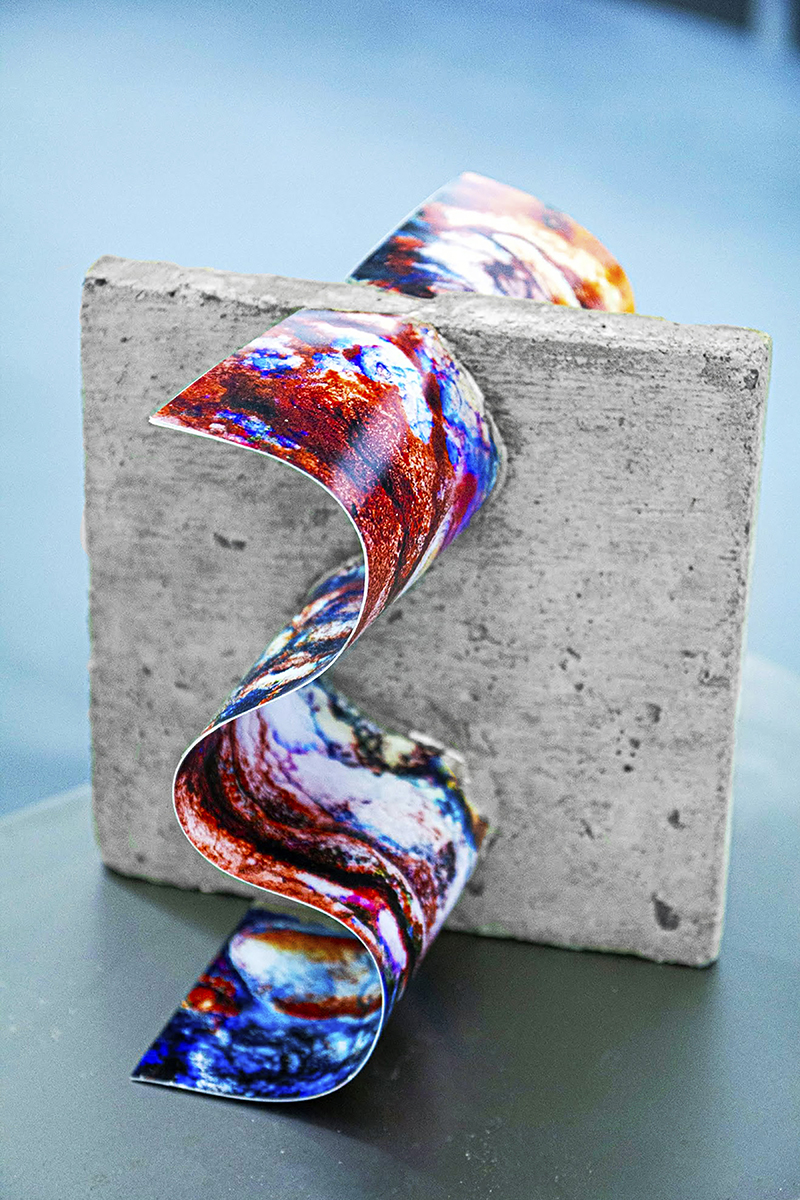 Jake Lange, Mnemonic Object - No. 06-B. Image courtesy of the artist. 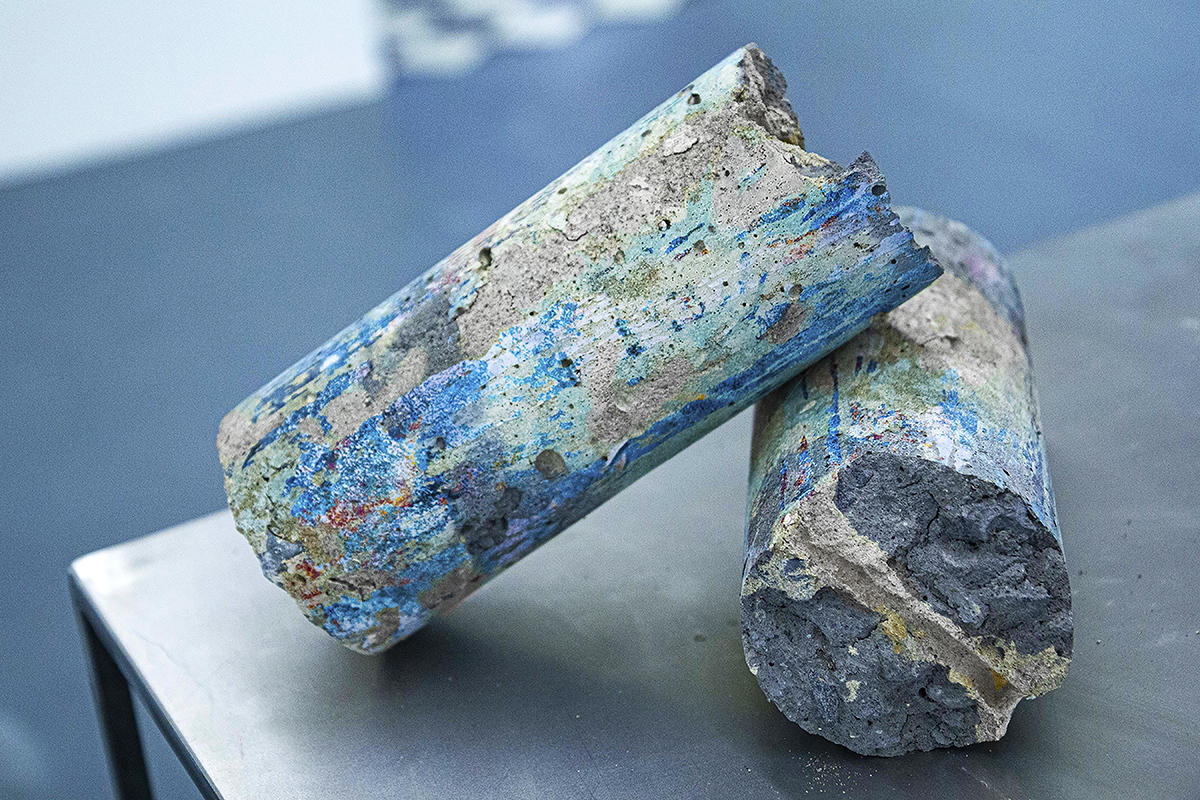 Jake Lange, Mnemonic Object - No. 11-B. Image courtesy of the artist. 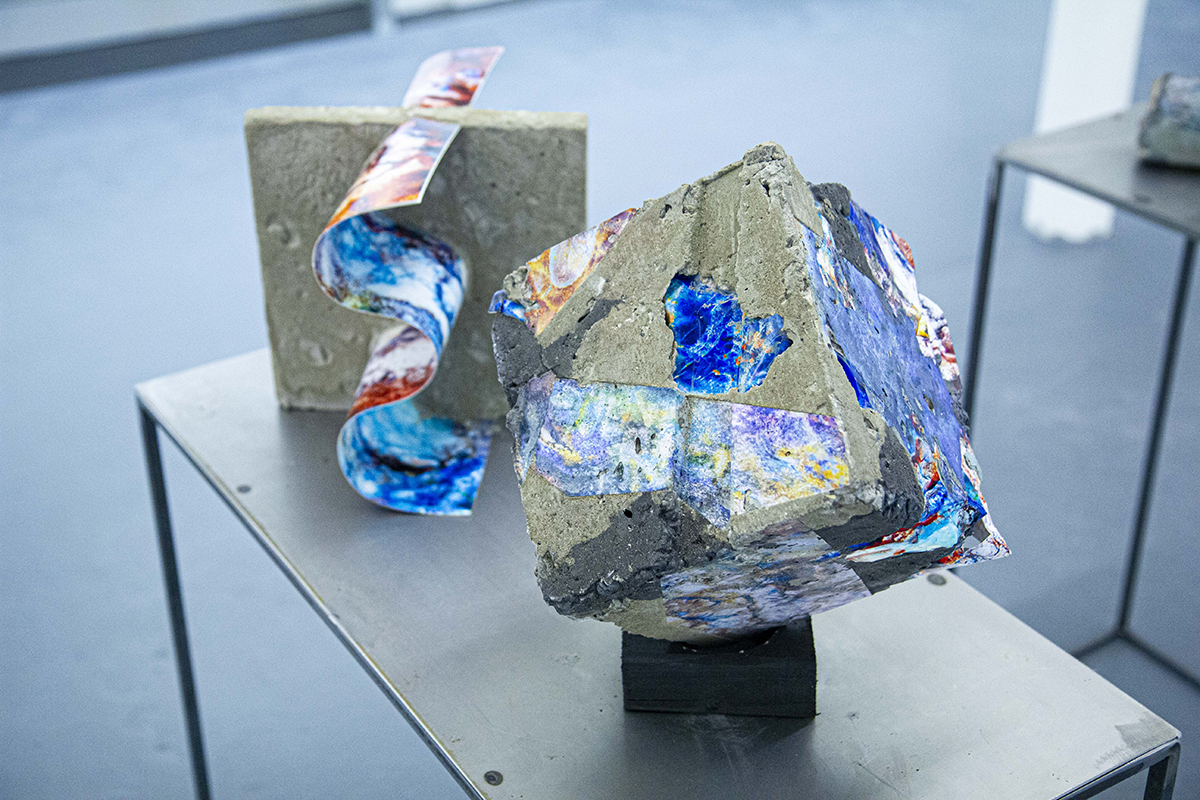 On three stark grey metal tables, artist Jake Lange presents a series of concrete moulds of compacted media, embedded with inkjet prints and emulsion layers. Irregular cuboids, cylinders and spheres make up the scene. Sudden gaps and holes can be spotted throughout, as if a few of the works were hand-picked for a run through no-mans land. Lange’s father’s death in a lorry accident in 2005 has led to several repercussions within this work. An array of lively, bright kaleidoscopic colours appear trapped within these grey concrete shapes, pulsating through them almost pleading to be released.

One of the photo-sculptures has broken down into rubble, there is a desire for destruction here but it is not fully realised. Frustration is not assuaged, akin to Ingmar Bergman’s Persona (1966) these scenes are unresolved, fractured and scattered by rifts in time. Amongst these photo-sculptures lies a decayed photo album, which Lange found outside his father’s old house. Its pages have no precise details, features are vague, lost and blurred, as if they are trying to form something recognisable but not quite succeeding. This work embodies the bizarre process of grief, its non-linear narrative. Lange articulates these feelings through material: how grief suffocates and electrifies; how it impacts in callous and untimely fashion.

At the artist talk, Jake Lange said he did not mind if the viewer lifted up his work, to feel and examine. Perhaps he wanted one’s hands to ease, for these tense moments to shatter, be gathered and in time, built up again.