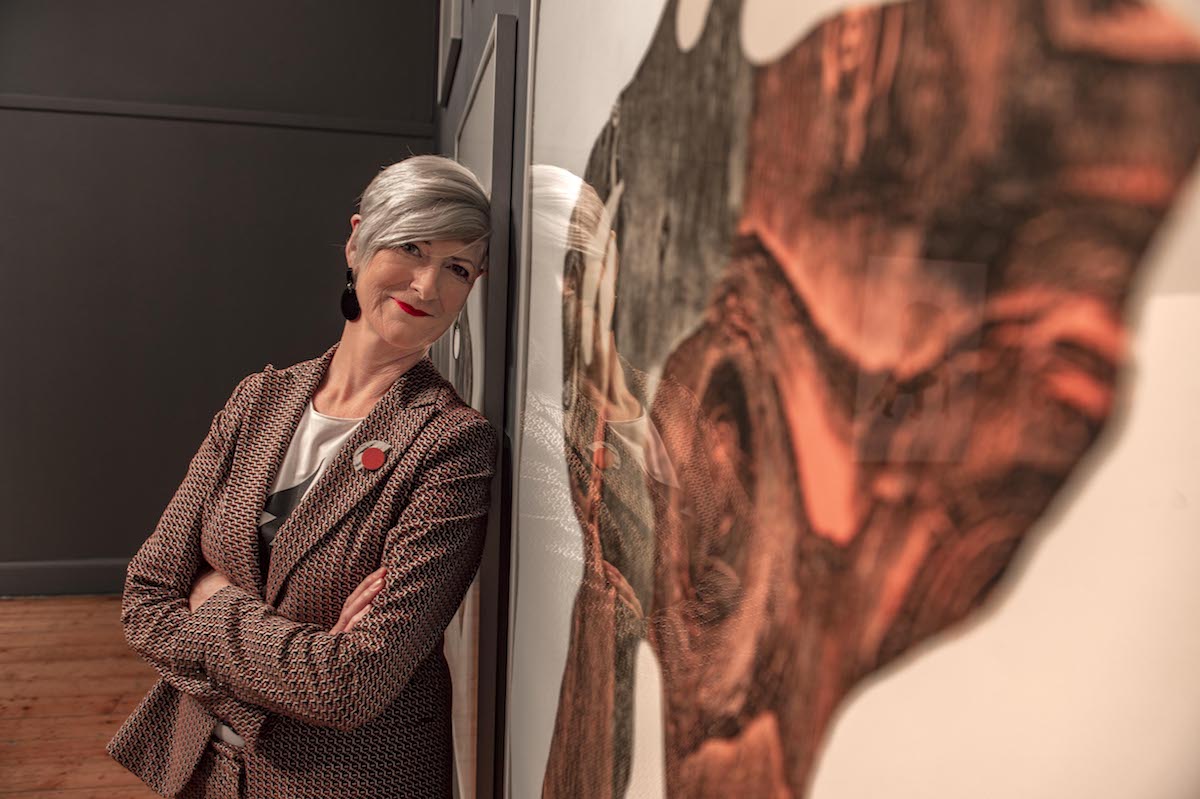 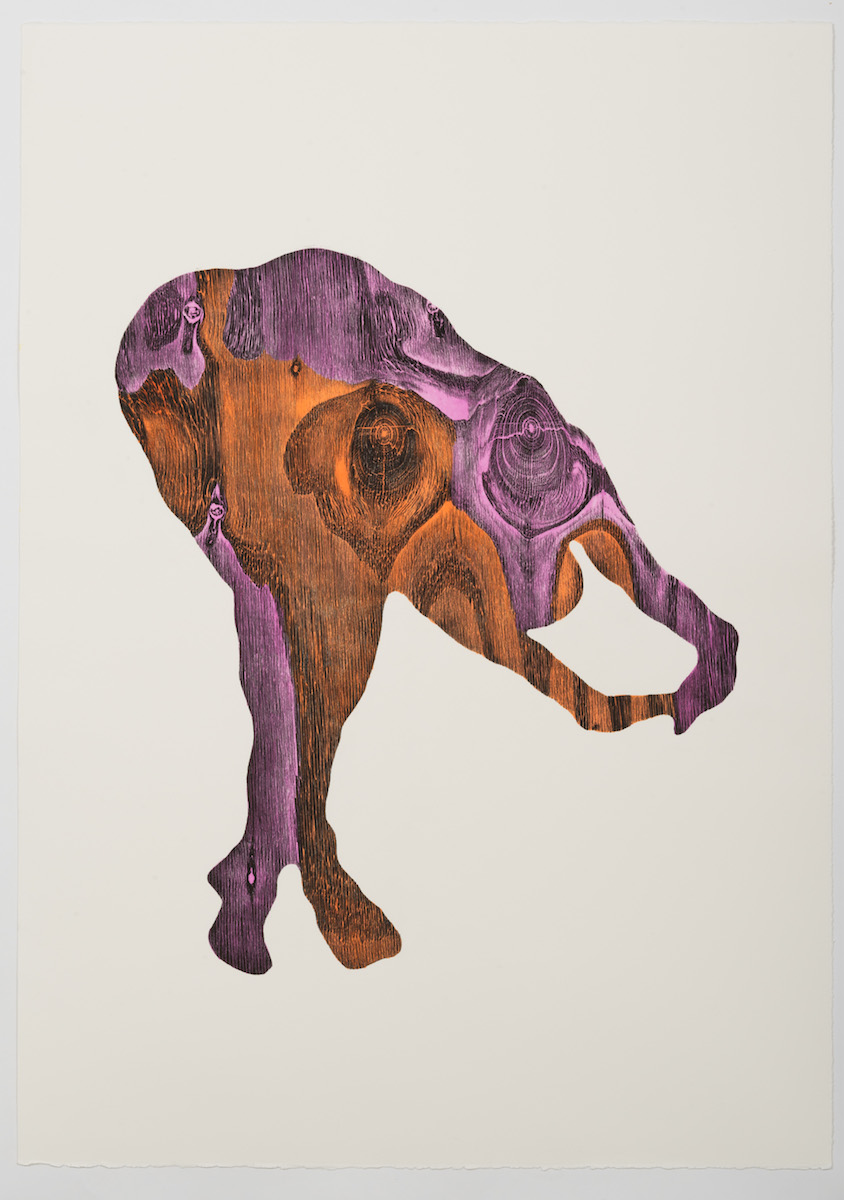 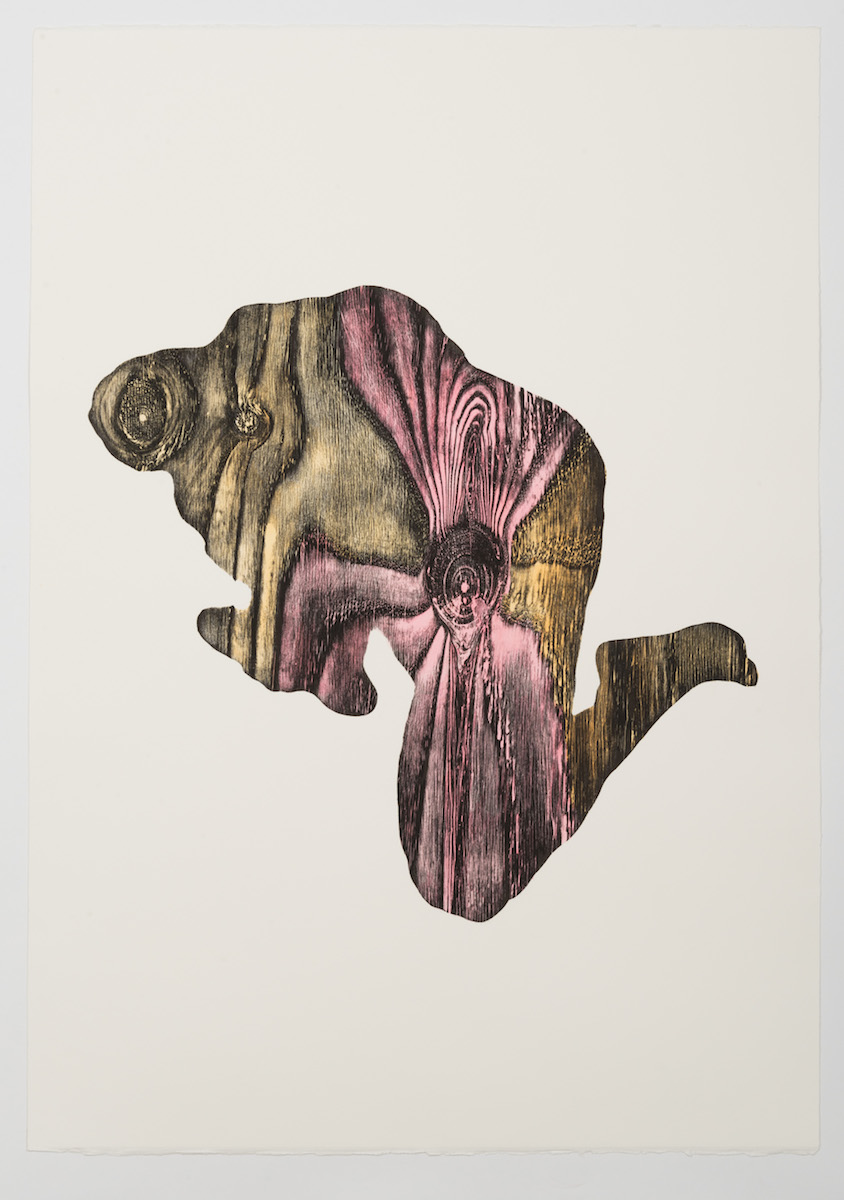 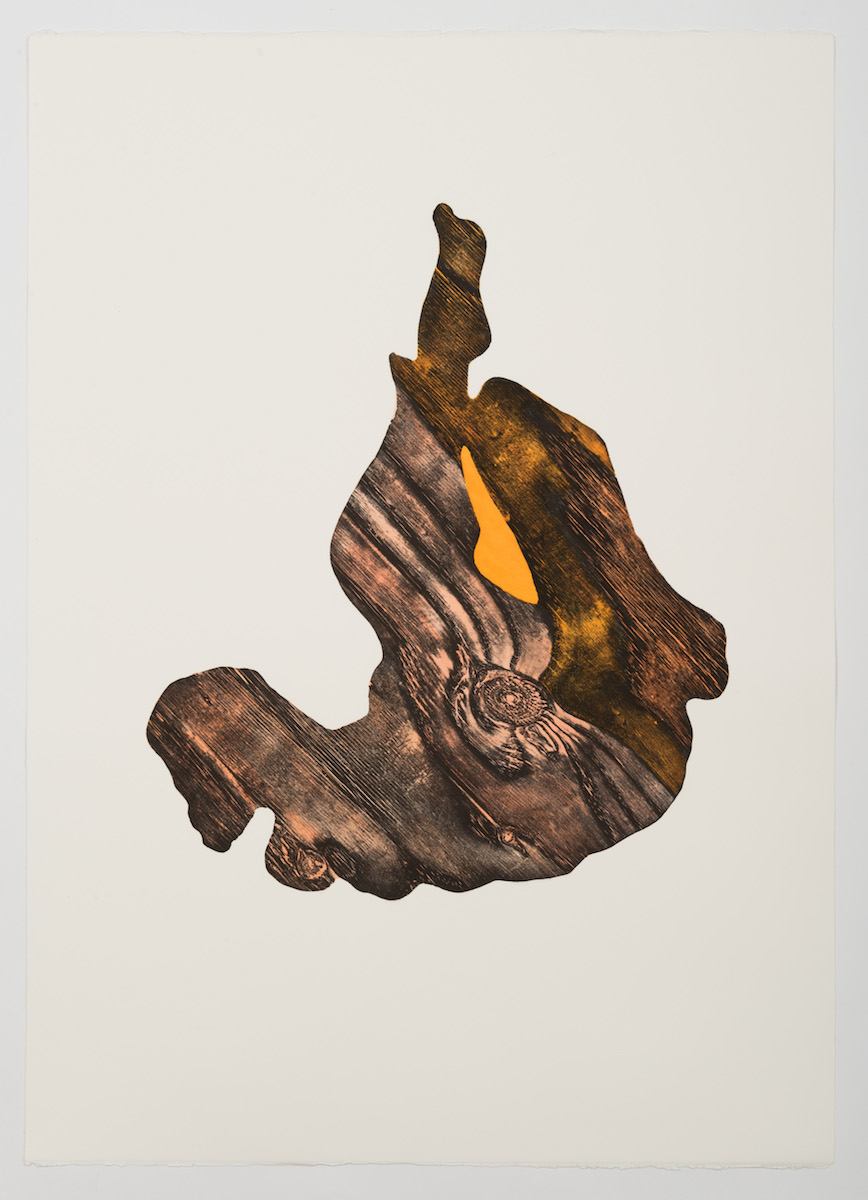 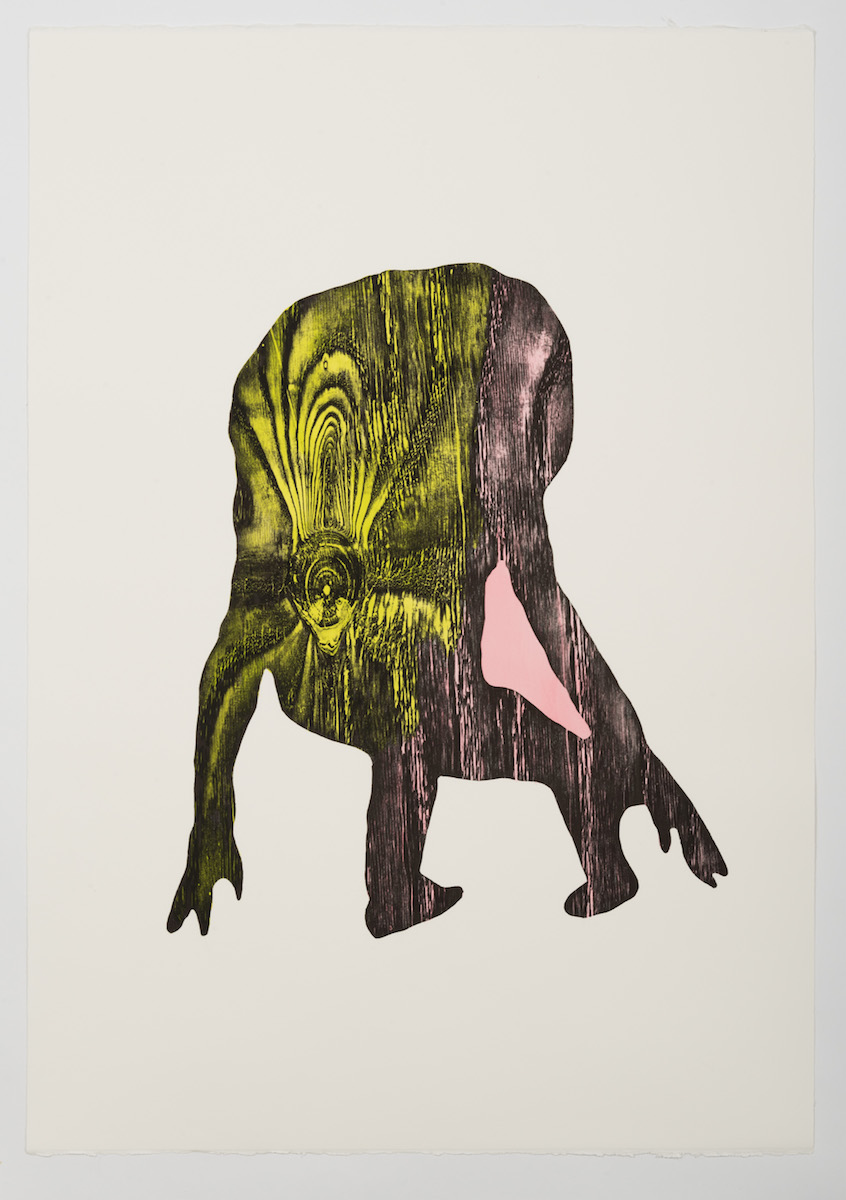 ‘But if you take my voice,’ the little mermaid said, ‘what am I left with?’
– Hans Christian Andersen, The Little Mermaid

Vox Materia translates as the materiality of the voice, and suggests something solid and substantial. The exhibition is inspired by the medieval carving of a shackled mermaid clutching the vanities of a mirror and a comb at Kilcooley Abbey, Co. Tipperary. She is read semiotically in the prevailing mythological register; a seducer, a temptress, a harbinger of calamity, then transformed as a silenced voice. Alice Maher’s current exhibition in the Crawford Art Gallery, is a multifaceted installation of sculpture, works on paper and video. It is a timely showcase, using the mermaid as a “conceptual tool to explore ideas of language, embodiment, agency, and autonomy”. Themes that are considerably relevant to this year’s significant political events and controversies underpinning the demand for the silenced voice to be heard.

When entering the Modern Galleries, there is the confrontational jutting point of a long, low cabinet; it is an invitation for a leaned inspection as if peering into rock pools. Twenty-three small sinuous moulded objects are spaced out the length of the box: might they be pieces of rosteated corallium or eroded red sandstone? They are products of pressure, formed by Maher’s fist compressing the wax and then encapsulated in bronze; a sculptural reaction that articulates a gesture and a memory of a movement. These pieces deny recognition and are intolerant of specification, they are ephemeral representations of the physicality of clenching hands yet are embodied in the permanence of bronze. In an interview with Tina Kinsella, Maher described these forms as an alphabet, the solid letters of a missing voice and the performative product of her body. These unidentifiable creations represent the material hybrid of an abstract experience and an innate corporeality that is now condensed in a material timelessness.

In the adjoining suite of the gallery there are eight wood relief prints illustrating an array of contorting postures: a folded figure peering through their legs, a squatting outline with arms flung above, a delineated shape in a prepared press-up. Initially it looks like the genesis of an evolutionary dance, the fumbling of limbs trying to choreograph a passable human stride or a creature in excruciating pain. These flattened forms are viscerally rendered, with undulating outlines that are more amoeba-like than human. The puddle silhouettes are composed of the striated appearance of tree bark and the hypnotic trunk rings that measure the decades. The illustrated grains and knots somehow capture homo sapiens’ features; is that an eye, a mouth? The wood prints have been hand-tinted in contrasting watercolours, a pelagic quality is surmised, evoking the restlessness of water. Yet, these representations have been produced through the pressured process of woodcut printing. An elemental conversation ensues.

Maher is exploring the sensorial movement of the body, with her own body. The process begins with the taking of sequential photographs of the artist’s body in movement, nothing is posed or consciously conducted. With a curated focus of the body in motion, the artist has forgotten herself, the camera lens and the potential viewer. Furthermore, by extracting the image’s outline and obstructing the owner from its body, Maher has distilled an intangible experience. A hybrid is created where solidity is found in the transitory, like attempting to write down forgotten words. The bronze sculptural forms and wood reliefs emulate the sensational expressions of an individual’s interiority, there is no influence from an exterior source, nothing is objectified and there is no “thingness”. A term borrowed from Maggie Nelson to describe society’s portrayal of women, a being devoid of complexity, a mere thing.

Alongside this new work, Maher’s first live-action film Cassandra’s Necklace (2012), is played in the neighbouring room. The mythological protagonist, Cassandra, wanders a cavernous, scintillant hell in search of her voice, which subsequently turns out to be a necklace of unspeaking tongues. The curatorial decision to screen the film in company with the gestural bronzes and the wood relief prints is an act of mastery. There is a rhythmic transition presented here as Maher engages with mythology in order to make sense of the contemporary. In agreement with the words of Roland Barthes that, “myths are nothing but a ceaseless, untiring solicitation, an insidious and inflexible demand that all men recognise themselves in an image, eternal….as if for all time”, Maher challenges an over-determined visual language of fixed archetypes passed down from mythology and folklore.[1] In Vox Materia, the mermaid and Cassandra are both present conceptually but the ideas are worked through the artist’s body, creating a new language that no longer relies on a pregiven visual code, instead something declarative is created – a statement. In both the abstracted gnarled figures and the lumpen paucities of a missing body, there is a resistance to the conventional representations of women in art. Maher complicates the initial image of the mermaid, offering an alternative to figurative art which represents women empty of emotional, ontological or subjective capacities. The inherent hybridity of these works stretches further than the mermaid reference, she is a mythical creature that is half human but in this representational context she describes an interrelation of the interior and the exterior where sensation and feeling are made meaningful.

Maher is a prominent figure in the feminist movement in Ireland. She was one of the founding members of the Artists’ Campaign to Repeal the Eighth Amendment alongside artists Cecily Brennan, Eithne Jordan and poet Paula Meehan. This campaign began with an online petition to mobilize an artists’ movement and then evolved into the making of collaborative artworks including the hand-embroidered silk banners which featured in EVA International in Limerick. Her work has consistently reflected the social and political climate of the times, and the same can be said for this exhibition. Viewed in light of the #MeToo movement, the Belfast trial, and the Brett Kavanaugh case, these events correlate hugely to the underlying themes of Vox Materia: the rejection of the historical silencing of women, the refusal to conform to the mythopoetic narratives associated with femininity, a denial to disappear and transform. From these works Maher offers a reaction; bodies that capture the complexity of being; a voice that is hard and heavy; an insistence to be heard. It is the emphasized statement of demanding to be heard that reverberates throughout: “now’s the time to find your voice: your audibility instead of your visibility. What you have to say should be valued.”