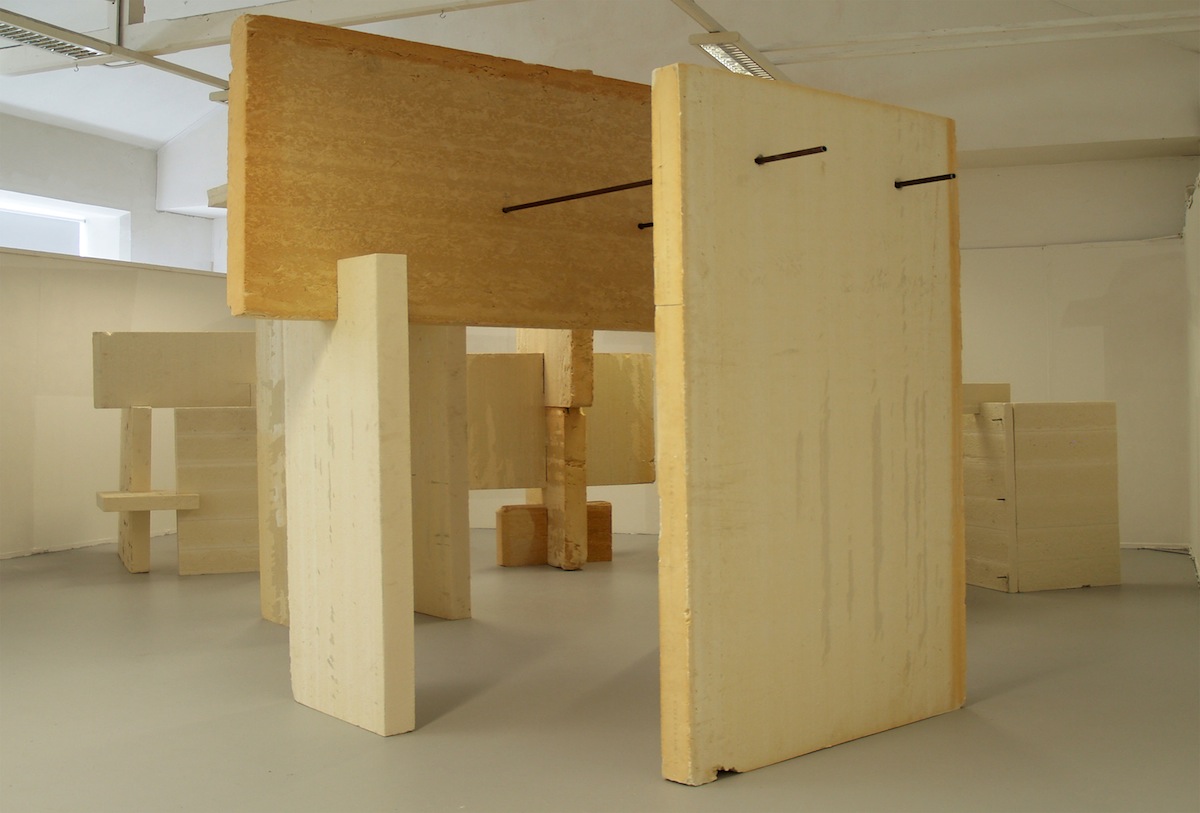 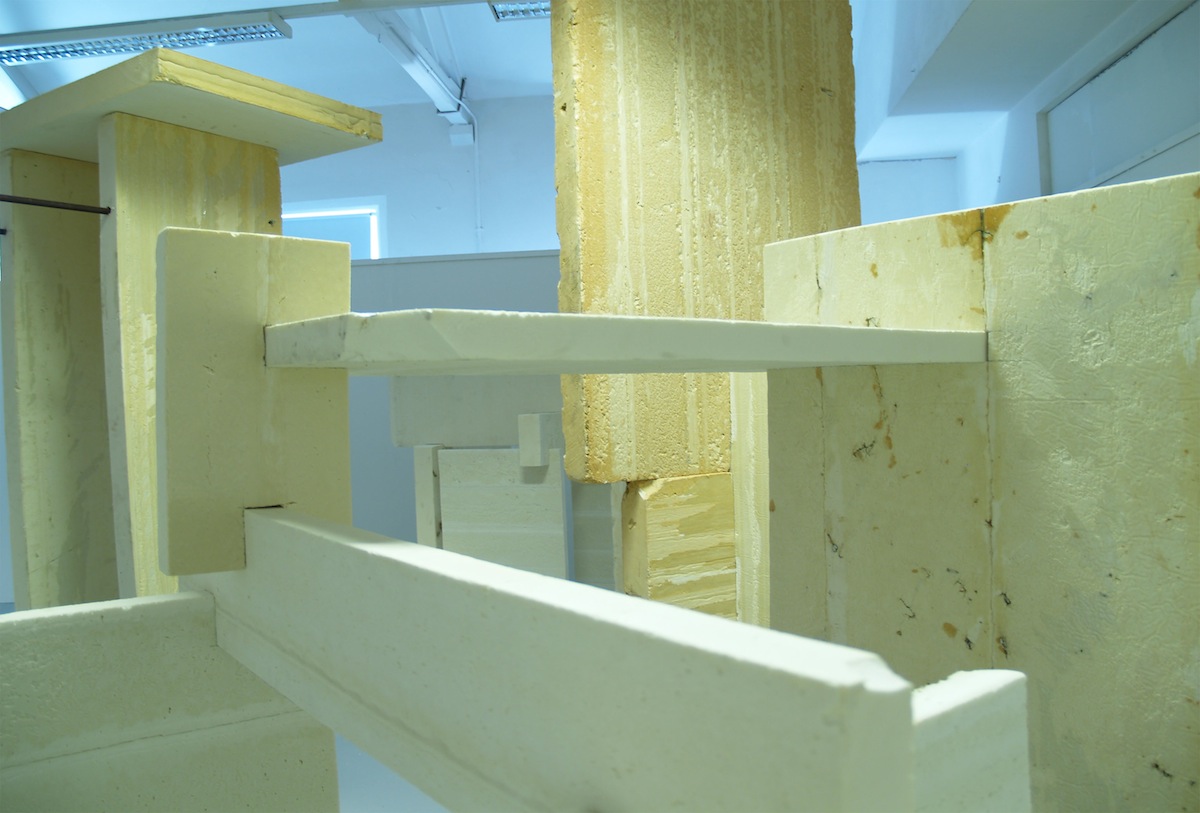 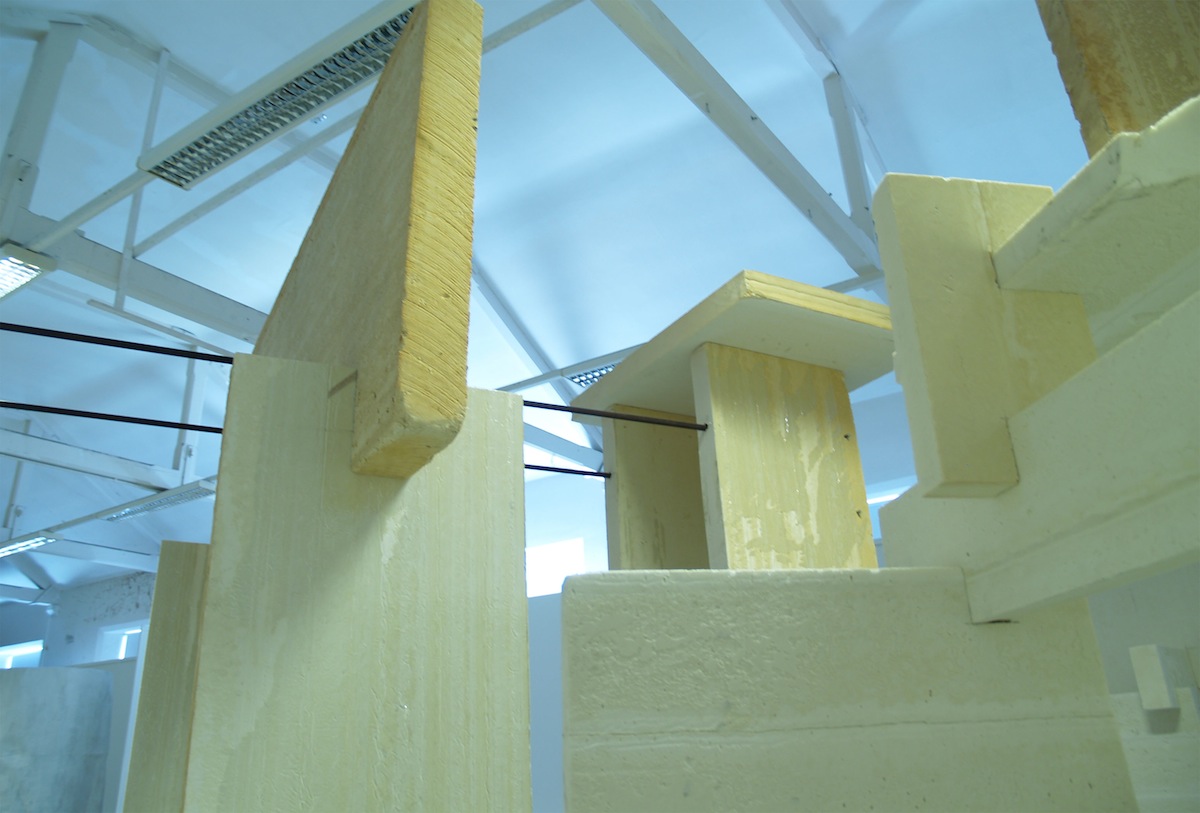 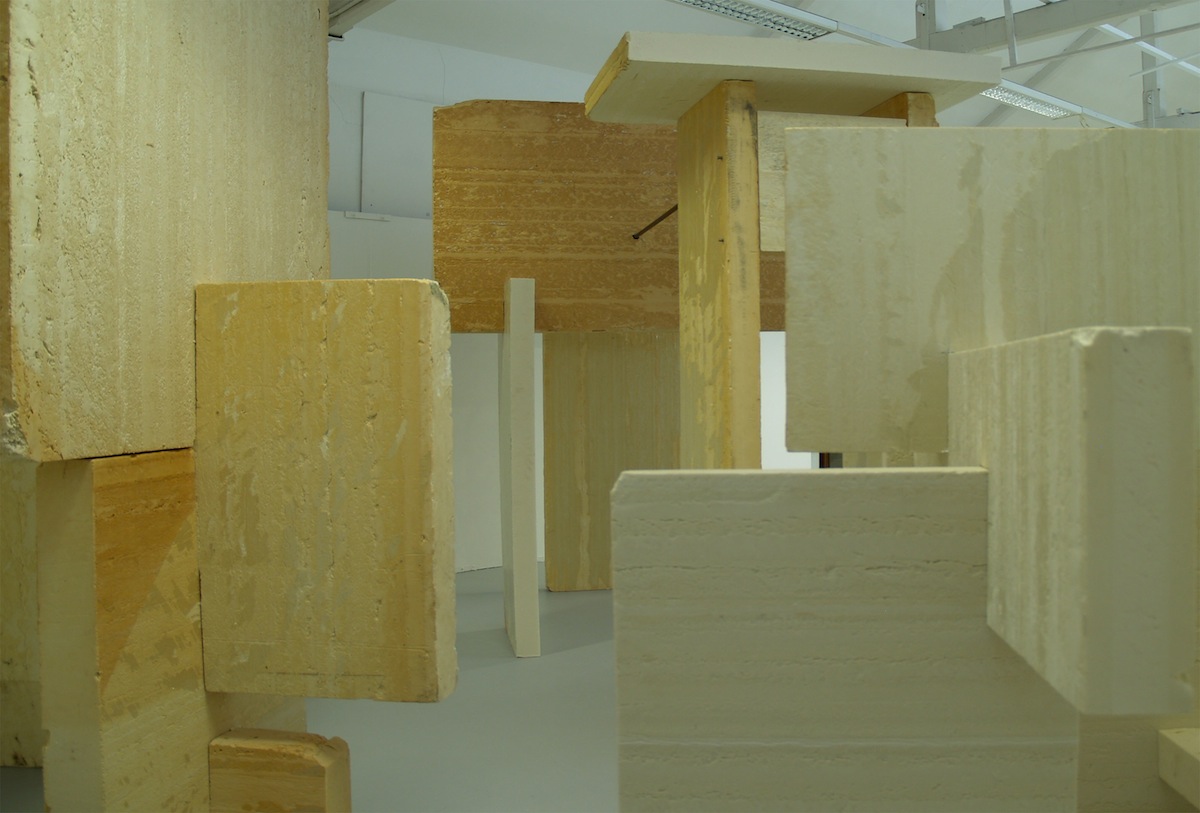 Twelve years ago I was a graduate of WIT and have fond memories of my time there, so I was intrigued to be returning to view the 2018 degree show, Altered States. Composed of a small group of six graduates, the artworks consisted mainly of installation, sculptural works and video. The artists dealt with a variety of concepts, from challenging representations of the female form to controlling how the viewer perceives an artwork. The focus of this four year degree course seems to have shifted over the past twelve years, it had aligned itself with the performing arts and now its focus is on multidisciplinary approaches in new media art. This was evident in the artworks being produced as there were no performance works in the degree show.

As I wandered through the exhibition I was struck by Joseph Fogarty’s immersive three dimensional structure, its sheer scale imbued with a pale yellow ochre, like that of yellow limestone. It immediately suggested weightedness. Upon entering the space, sound from my movements became dampened, contradicting the material’s solidity. Composed of interlocking large-scale sheets of high-density insulation, Fogarty exposes the hidden elements of our built environment, left in their unrefined state one can see how he was influenced by Brutalist architecture. Brutalist, a term that originated from the French word for “raw”, is an apt description of the artwork. Due to the material’s permeability an overall lightness, even serene atmosphere, is created, absorbing the viewer into the work.

Fogarty is interested in the viewer/object relationship, seeking to make the human figure an integral part of the artwork. By creating a large-scale immersive piece and through the placement of each individual block of insulation, he controls how the figure moves and interprets the work. How the constructions themselves interact with the figure becomes the essence of this piece. The shadows cast throughout the space interact with my own and after some time I began to notice that Fogarty had controlled these also. By painting shadows where they would not naturally occur my perceptions were provoked yet again. The artist effectively challenges attitudes towards how we construct and interpret our physical reality.

I was left thinking how the artwork is reminiscent of ancient megalithic architecture, Gobekli Tepe in Turkey in particular. It is believed that these gigantic constructions were based on the human figure, broken down to basic rectangular shapes. Rituals were performed around these megaliths, the human figure traversing the space from an animistic viewpoint, believing that the megaliths were part of themselves. It seems the need to construct and manipulate our environment in order to understand ourselves has been inherent within us for a long time.