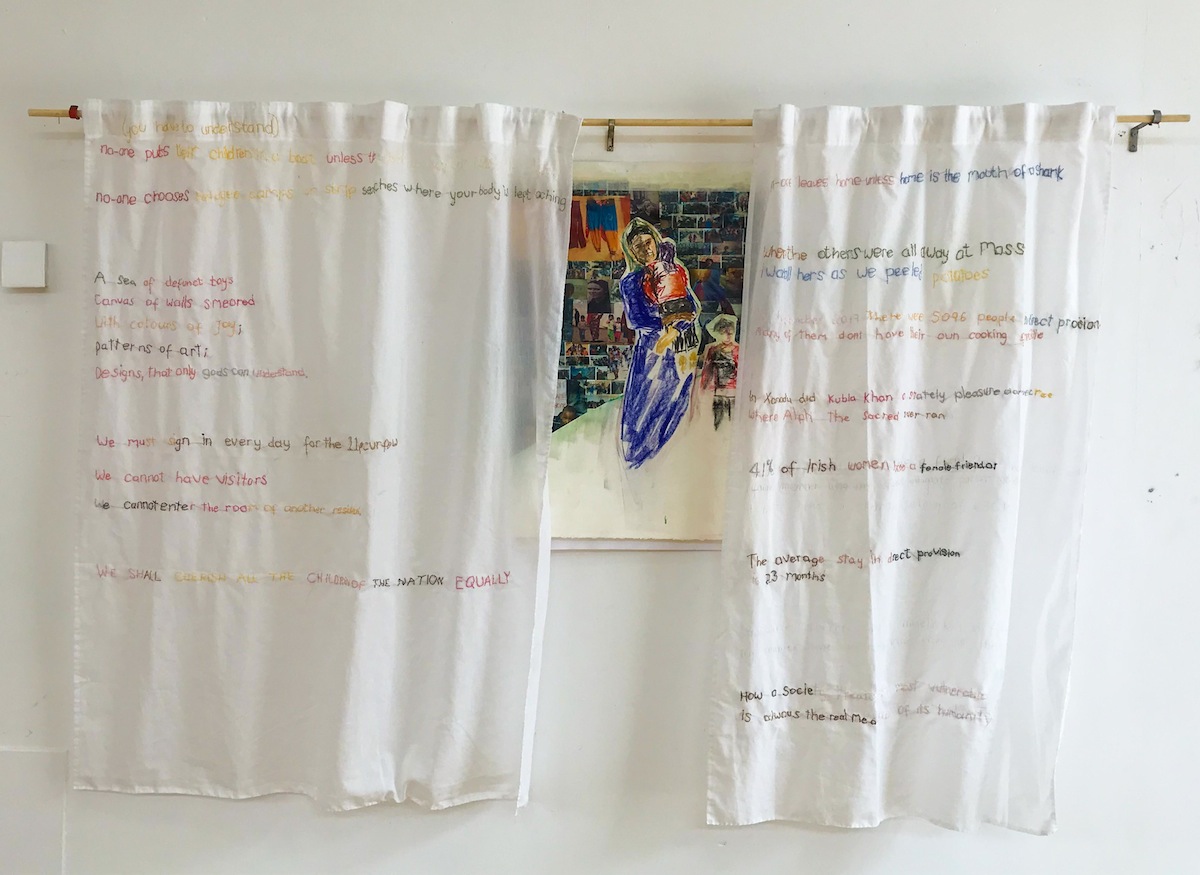 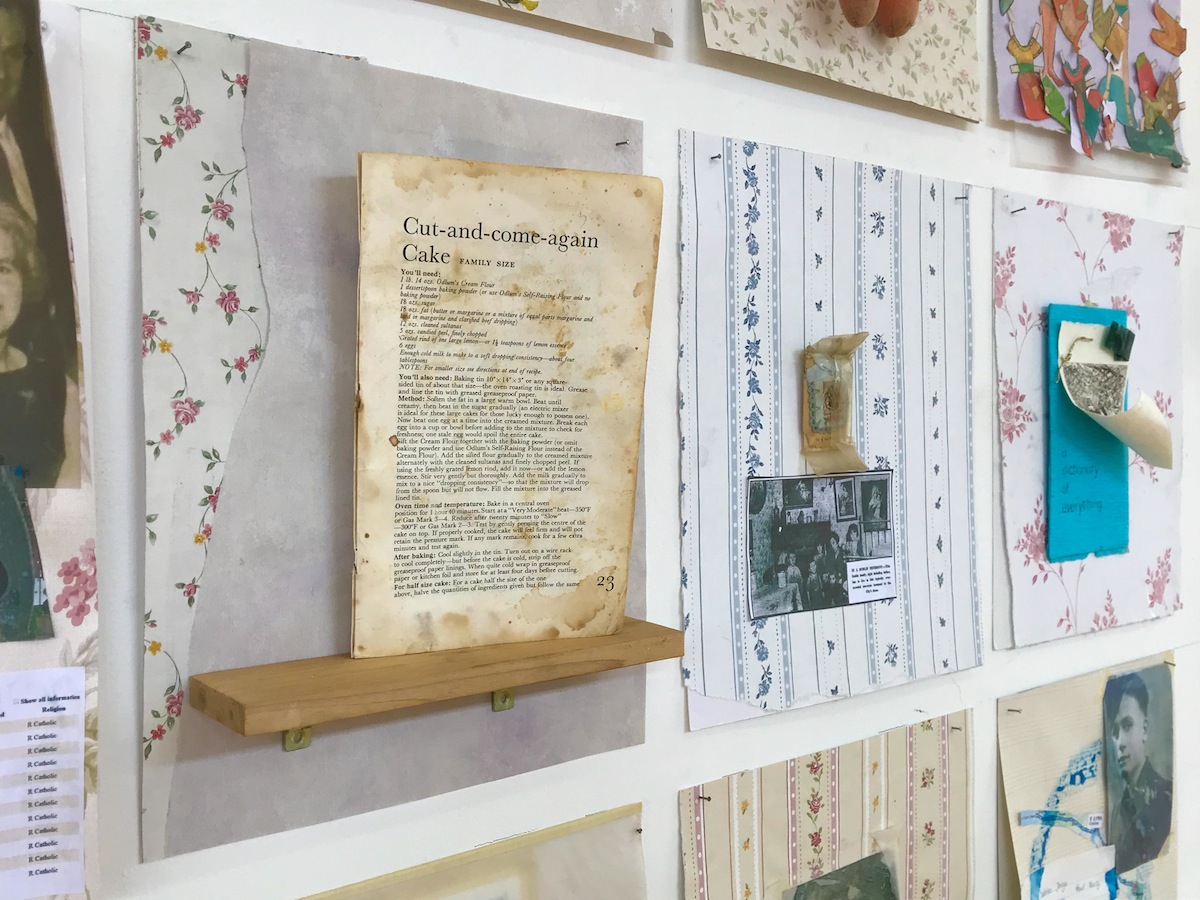 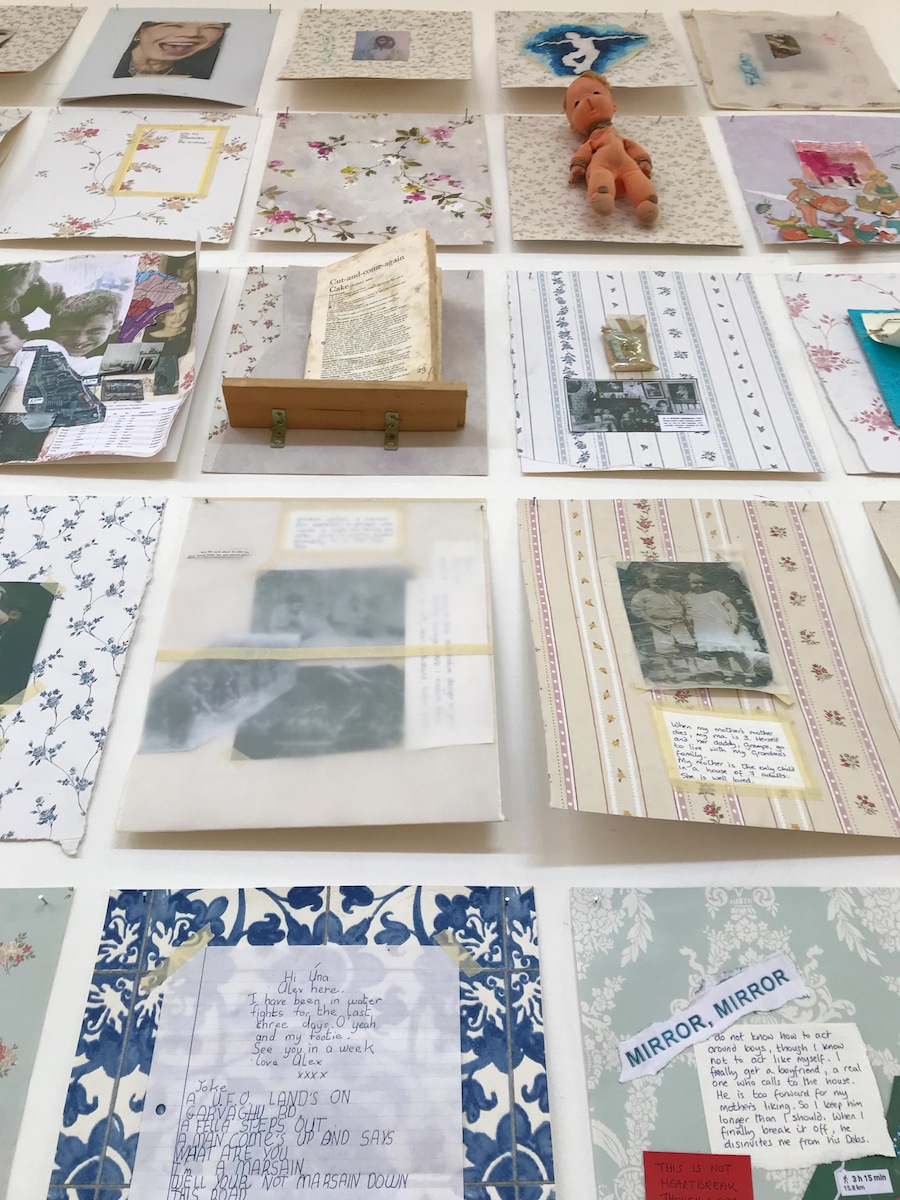 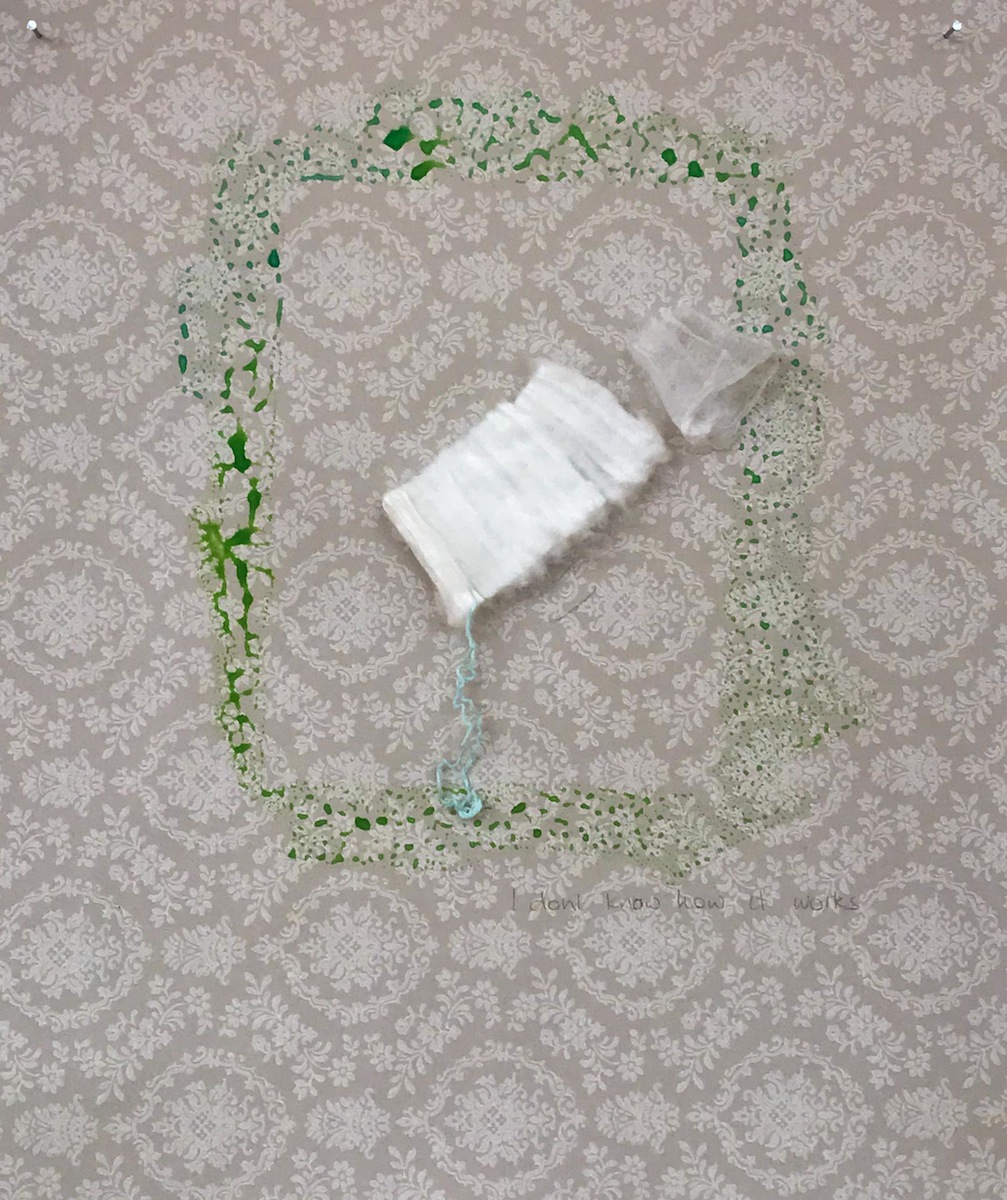 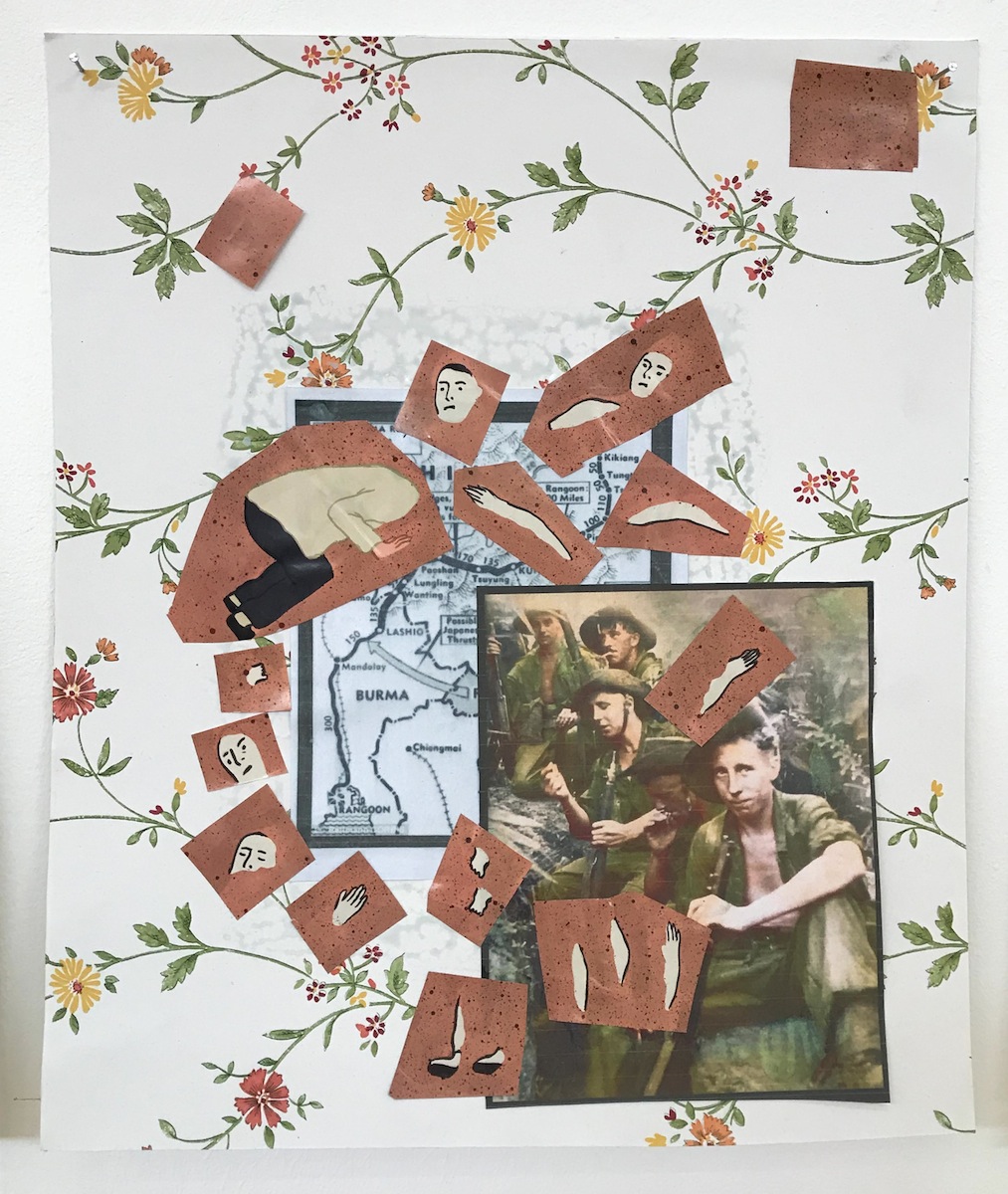 GMIT Castlebar presents ‘7:1 Collective’, the first graduates from their new part-time BA course in Contemporary Art Practice , a thought-provoking and often personal exhibition in St. Mary’s Hall. A space where the students have grown their practice over the past four years, the eight graduates are using this show not only as a platform for their careers as artists but also as a creative group. A collective of eight artists with varying differences generated their title as the ‘7:1 Collective’. The ratio refers to the proportion of women to men, Irish nationals to non-nationals, amongst others. They will work independently in their practice but continue to discuss and construct shows together.

“The arts are everywhere, the arts are who we are” said Gaynor Seville, Public Art Manager for Mayo County Council, highlighting the importance of the arts at the opening of the show. This was certainly a prominent theme amongst the graduates, especially Úna Morris. The artist’s touch is prominent and central to the aesthetic of the work as she uses handwriting, mark-making and hand stitching, which brings a sense of honesty to the artworks. Morris presents Rise, a large-scale mixed media work of 65 wallpaper panels, each unique in narrative and composition. She employs a variety of media in her assemblages: letters, obituaries, her grandmother’s cookbook, random note collages, an unravelled tampon and her childhood baby doll. She refers to the wallpaper as a signifier of the ‘innocence of old Ireland’ which juxtaposes tragedies of homelessness or displacement with amusing stories, such as the examination and misuse of a tampon as an adolescent.

Another piece, Placed, a curtain eerily breathes through wisps of air and unveils a collage of internet-found imagery of struggling refugees, young families and protests. The curtain itself is embroidered with statistics and commentary on direct provision and the refugee crisis – ‘(you have to understand) no-one puts their children in a boat unless the water is safer than the land’.

In Rise there is a dichotomy where fond memories are met with the trauma of homelessness and relationships in the artist’s life, these tragedies are hiding in plain sight. In Placed we are met with a crisis, not through a personal approach but through a prism of what the media reports, this particular work conjures an important question in the role of the artist, what is the moral standing of an artist? This work is neither activism or primary documentation, thus Una is neither activist or reporter. It seems to be more of an emotive response to the consumption through the media and so, the curtain could be a reflection of our understanding within the comfort of our non crisis situation. The embroidered commentary could be suggested as an unavoidable statement that cannot be ignored.

Úna Morris’ Placed, displays a lack of intensity, where perhaps the concept was too large to be realised. In contrast, Rise engages the viewer’s curiosity as they dive into her “memory bank”. It is in her work where we find the uncanny and an almost palpable sense of loss.