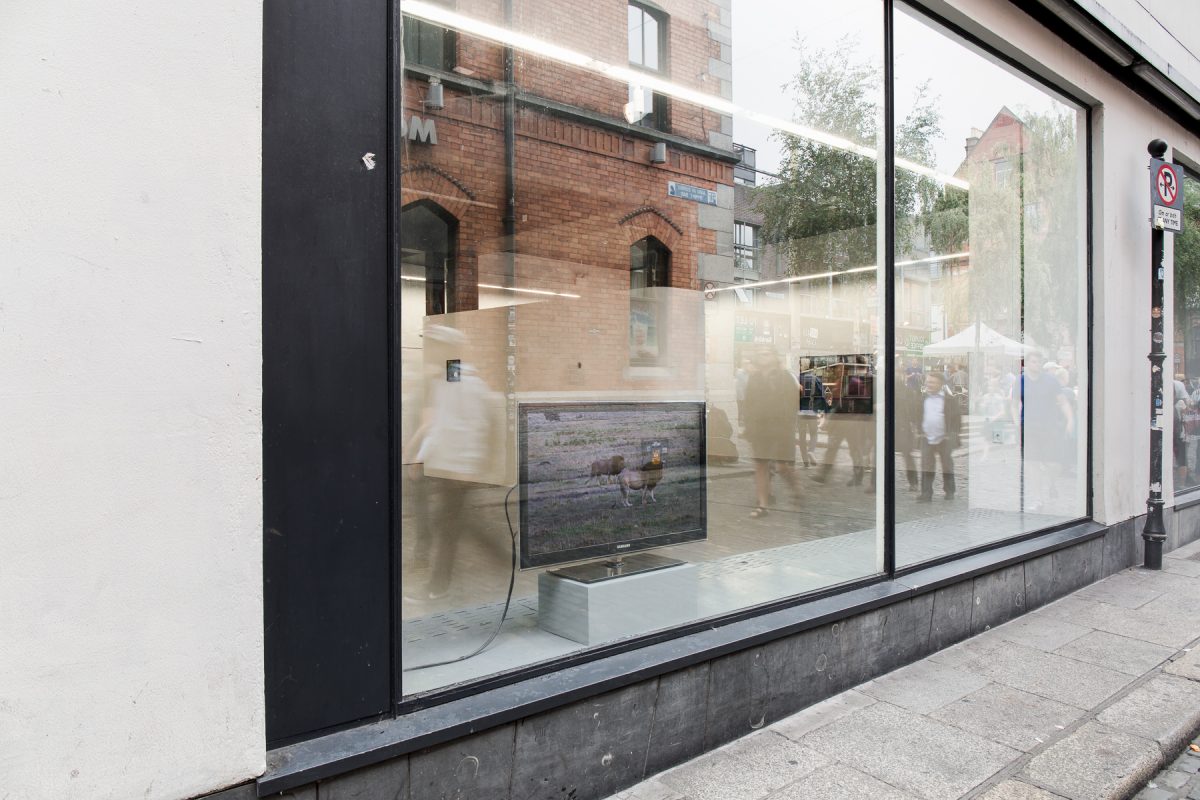 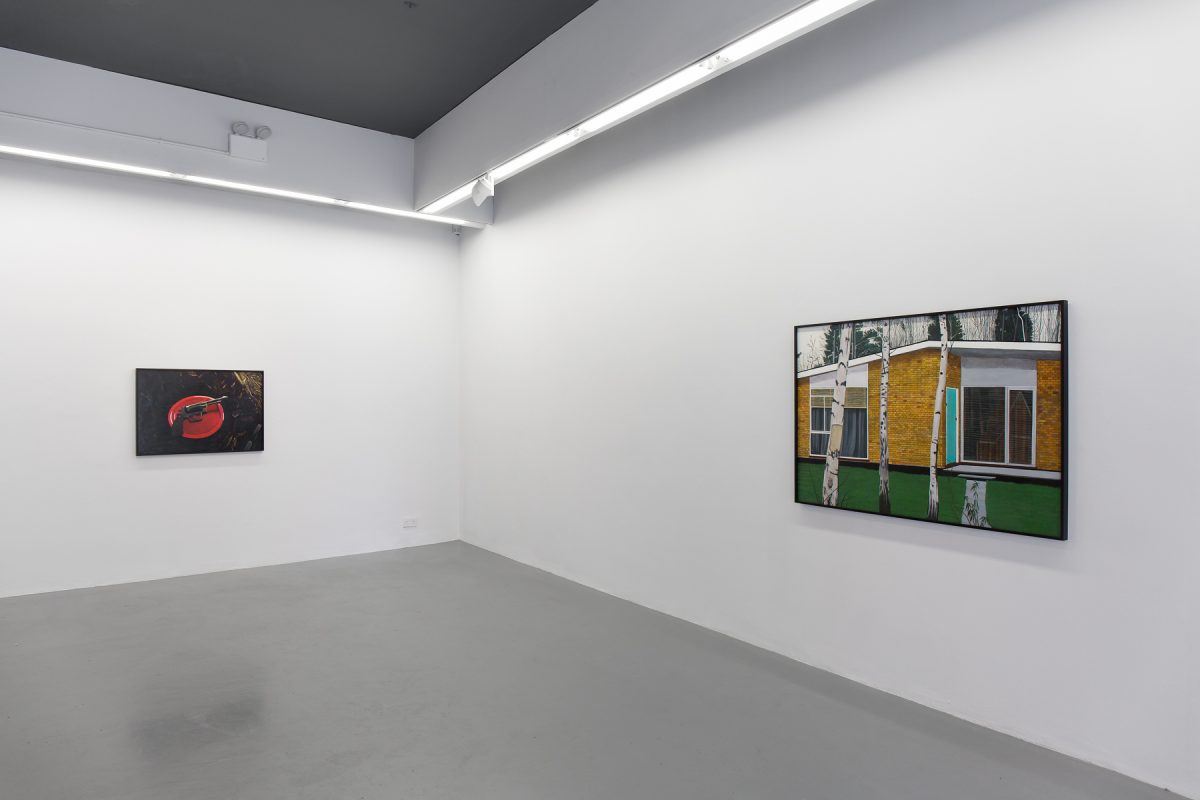 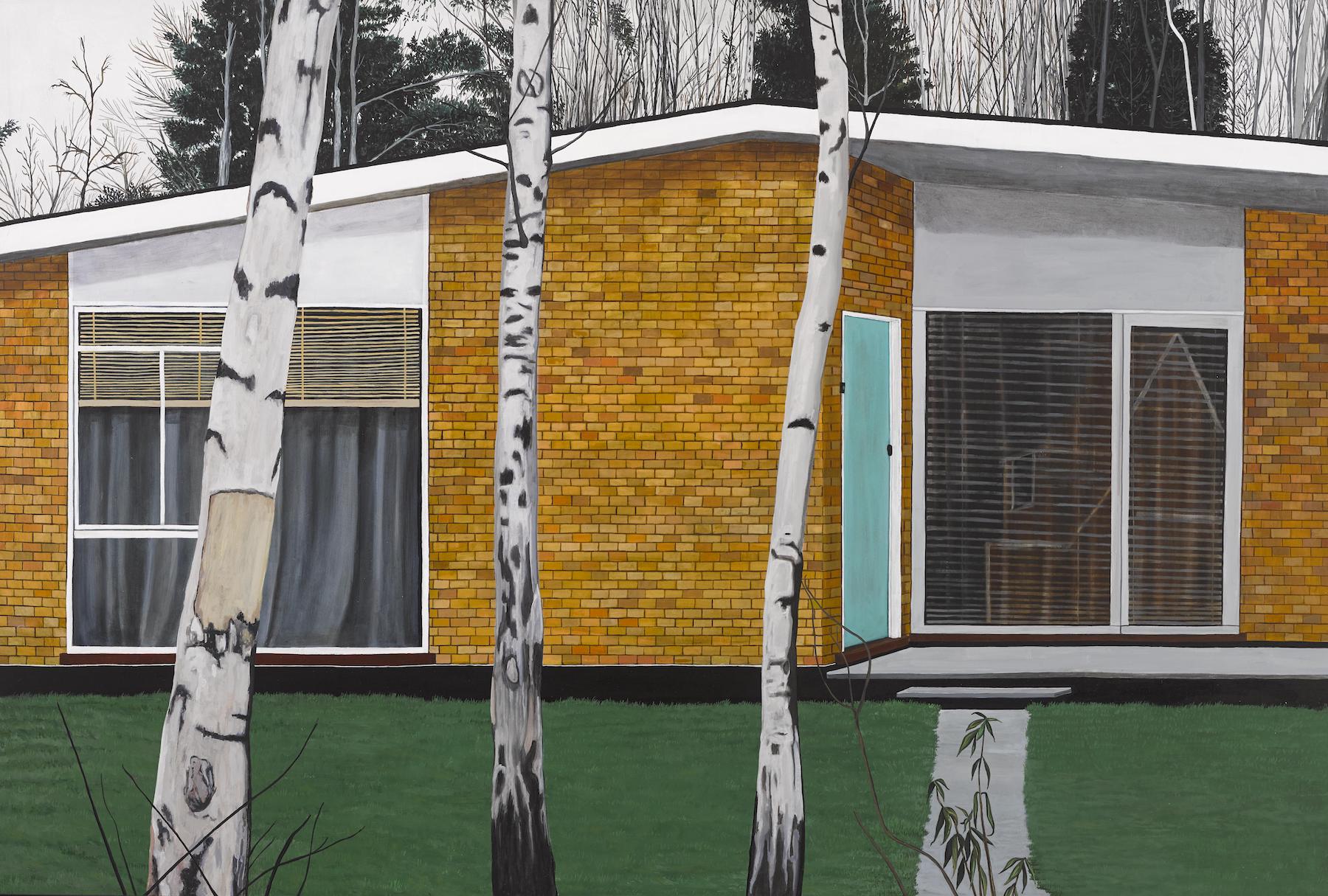 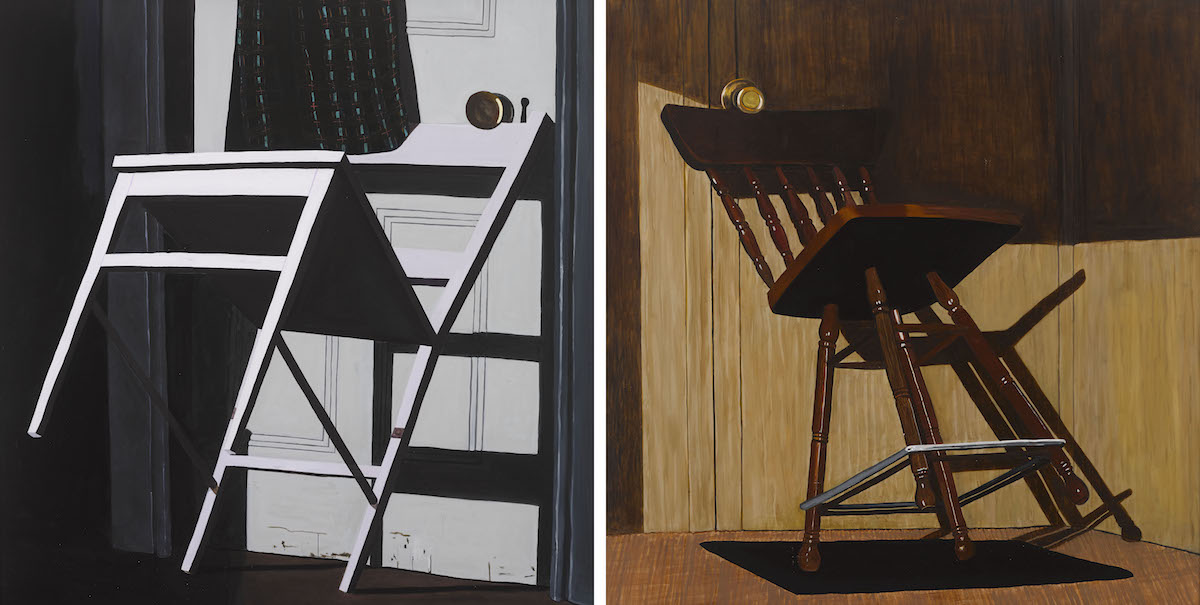 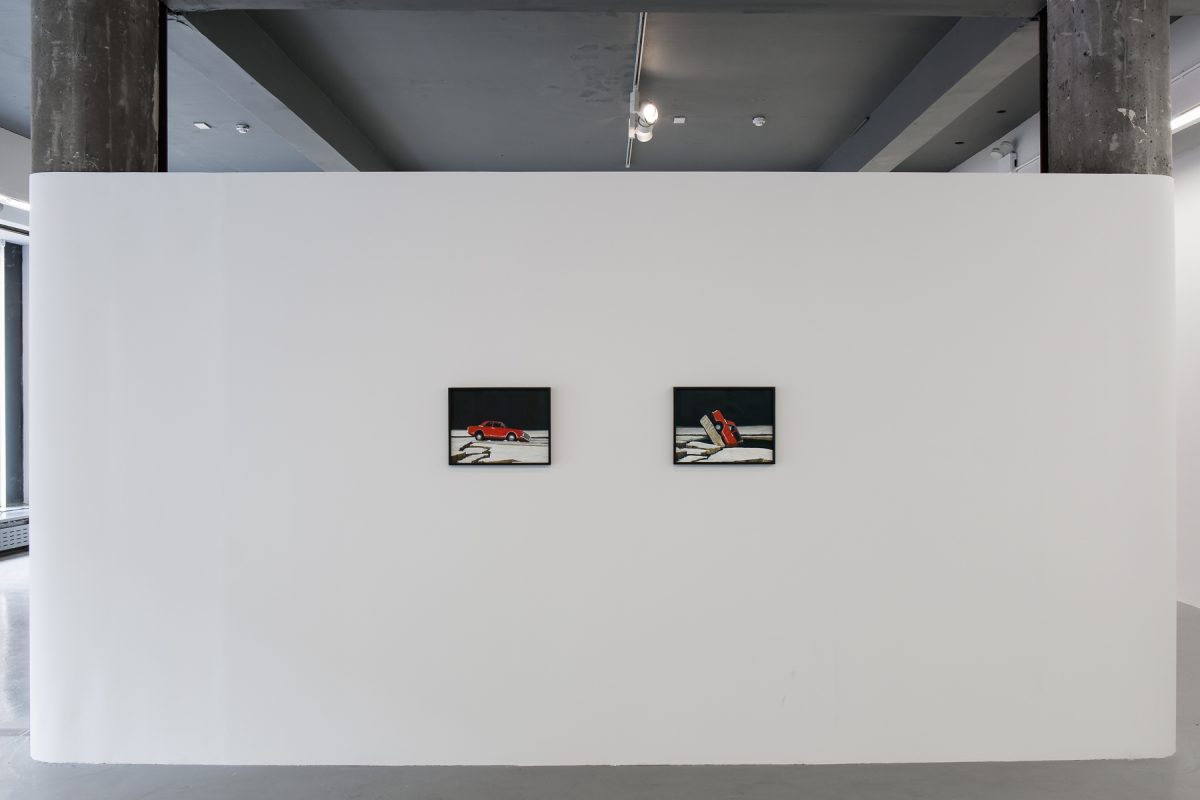 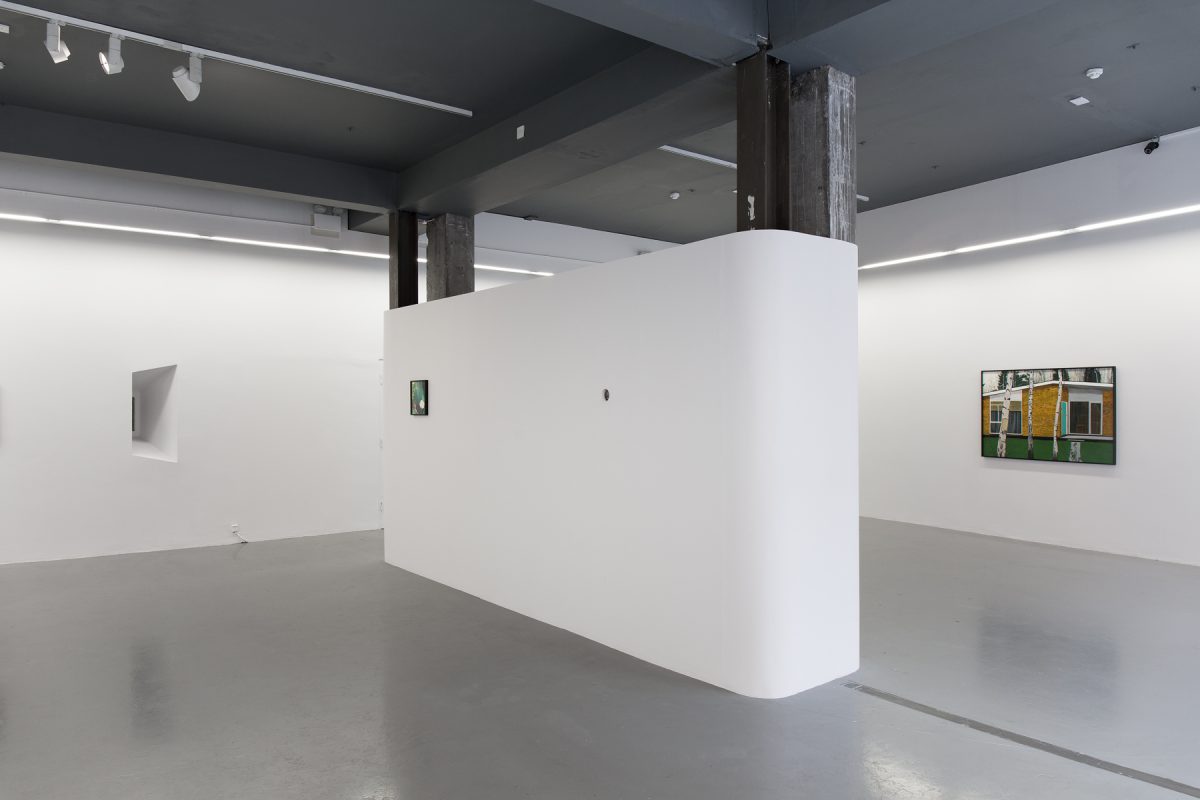 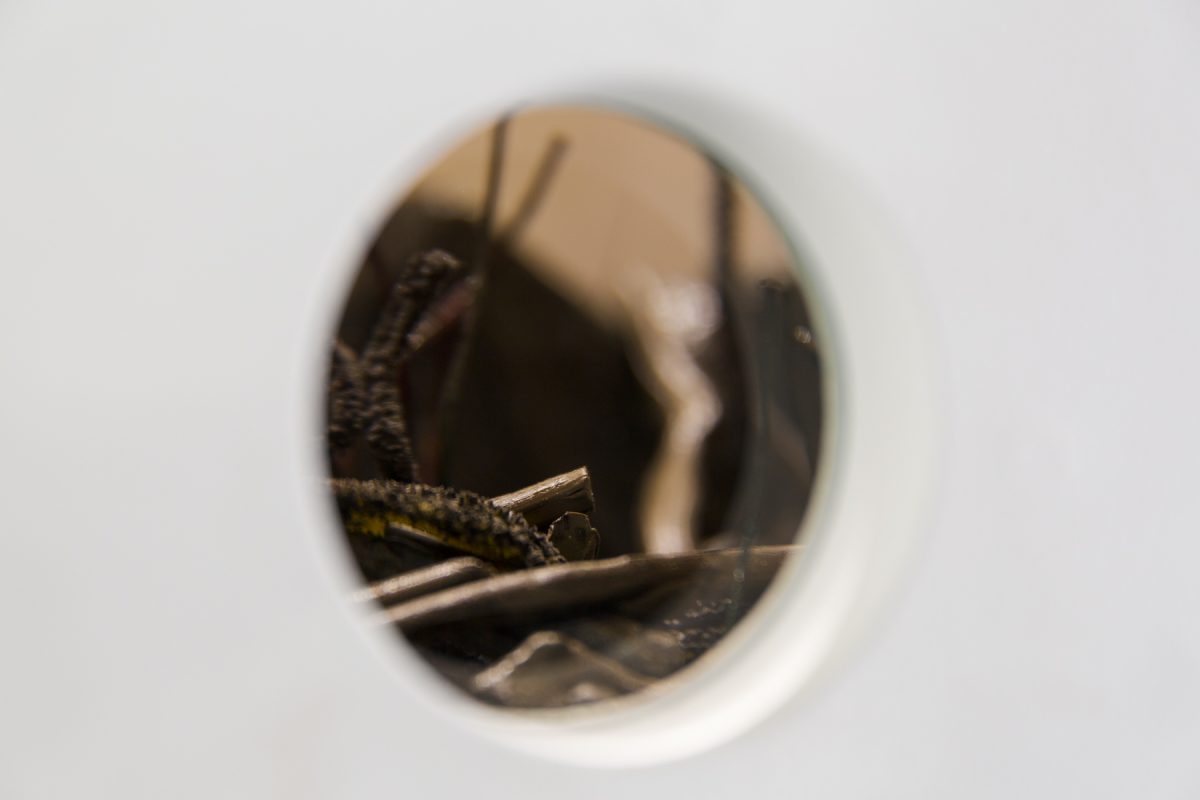 Ray Bradbury’s science-fiction short story The Veldt (1950) opens with two parents, George and Lydia, in a state of unease due to the operation of a particular room within their futuristic Happylife Home. Their discomfort has been caused by the nursery, which is outfitted with ‘hidden odorophonics’ (a proto-variant of virtual reality), which can manifest any scene from their children’s imaginations. The space in question is not malfunctioning per se, rather it seems to be stuck on a singular setting: that of an African veldt. In this scene a pride of lions lurches menacingly in the distance, appearing to feast upon a carcass which remains forever obfuscated to the characters. Deeply disturbed by what they see, George and Lydia enlist a psychologist, David McLean, in order to make sense of why their children are dreaming up such visions. Upon investigating the apparitions that adorn the walls of the nursery, McLean’s recommendation is one of symbolic retreat, as he suggests that they simply switch the house off and move to the country. The children, who have become dependent on the comforts and delights of their technologically augmented abode, react in hysterics, as they plead with their parents to reconsider. However George and Lydia remain steadfast in their bid to instate cognitive realignment, yet do offer a slight compromise as they grant the children one last interaction with the nursery. As the story reaches its close the parents are called into the virtual playroom, which is subsequently locked from the outside by the children, leaving George and Lydia trapped inside the African veldt. At the end the implication is twofold: (i) the parents will be eaten by the lions, and (ii) the scene itself was a virtualised premonition – the carcasses being consumed in the distance were always that of George and Lydia.

For Stephen Loughman’s Proven Answers at Temple Bar Gallery, a looped video sits in the window – projecting itself outward onto the street – depicting a number of lions stalking a veldt (occasionally it appears as if they are devouring the body of some unknown animal). The piece itself, like the entirety of this body of work, is largely inspired by the 1969 film The Illustrated Man, an adaptation from a Bradbury collection of short stories which shares the same name. This video functions as a particularly well-fitting framing device for the works that reside within the exhibition space, immediately alerting us to a sinister presence that seems hostile to the human. However, upon entering this feeling is subverted by a small collection of painted works that are indexed not by what is present, but rather what is absent. Each painting is a freeze-frame taken from a number of science-fiction and horror films, with every image paused upon particular moments where the human subject is absent. These works appear initially as rather muted and demure, yet each seems haunted by an eeriness that becomes amplified once the viewer begins to probe their internal realities.

Within Cannibalism, which renders an oversized revolver resting upon a saturated red plate, the symbolic danger in question is perhaps overly blunt, a feeling that is reinforced when peering over to the adjacent wall where Golden No. 8 hangs. In contrast to the former, this image appears ostensibly harmless; we observe the front-face of a golden-brown bricked house with two large windows, the foreground punctuated by three thin silver tree trunks that extend vertically outside of the frame. The innards of the house are partially obscured by curtains and venetian blinds, and upon closer inspection what lies within the right window appears as strange. The object, or architecture, contained within seems to be unfinished, the perspective looks incorrect, and as such creates a slight jarring effect when juxtaposed against the realism with which the rest of the painting is constructed. This facet generates a tension, or sense of foreboding, that begins to emanate from the image, as the viewer becomes gripped by a feeling that the outward facade conceals some sort of malevolent secret. Although never explicitly revealed within the exhibition, the scene in question is taken from the 1966 François Truffaut directed Fahrenheit 451 (also adapted from a Bradbury story), with the house being the home of one of the film’s Firemen – a moniker for the book burners employed by the totalitarian government of this dystopian fiction. A sinister presence does indeed reside within.

The rest of the paintings within the exhibition are at their best when they engage this feeling of odd discomfort, gesturing toward, without ever explicitly stating, a malefic intent. Mark Fisher has described this type of aesthetic as conjuring the concept of the eerie, the sensation that is evoked when “there is nothing present when there should be something.”* As such we can index the eerie by an absence of presence, when a something oscillates around the outskirts of a work, burrowing its way into the layers that extend beyond the image, infecting it with an anxiety-laden virus. It is worth repeating that all of the paintings have been de-peopled: no human subjects are present. Yet at all times there is the allusion to a threat to humanity from some beyond. Lifting screen-grabs from contemporary horror films The Babadook (2014) and It Follows (2014), the diptych Wolf/Walking mirrors an image of a chair barricaded against a door, suggestive of a final attempt to keep some Other out. These paintings are overflowing with a chthonic uncertainty that seems to originate not from within, but instead from some sort of horrific outside. However without the context or accompanying narrative of the films, the explicit horror that lurks beyond begins to dissipate, transforming now into an eerie stillness that resonates within the gallery space. Poised endlessly at this ominous portent, the sense of anxiety becomes heightened as the viewer is forever denied any type of resolution that could diffuse this feeling.

Works of speculative fiction are at their most effective when they function as antennae for contemporary fears and anxieties, with the composition of each of Loughman’s paintings situated to generate this kind of nervous tension. A recurring theme throughout seems to be an allusion to forms of ecological cataclysm, or the idea that nature itself is beginning to turn against us. A small delicate piece depicts a white flower in blossom, as the lush greenery in the background melts into abstraction, yet a quick glance at its title – Poisoned Earth – is a swift reminder that this object of beauty is also one which is hostile to the human. Another diptych, The Long Winter, takes the form of a montage, as an almost blood red car begins a descent into icy waters. It is impossible to take in these images without interpreting them as a reference to the impending threat of environmental collapse, a gesture which has the effect of injecting Loughman’s deftly restrained works with a sense of urgency that belies the outward appearance of their relatively austere form.

The ecological theme continues in Sun Dome, perhaps the most fascinating artefact of the exhibition, which manifests as a model recreation of an architectural refuge from The Illustrated Man. In Bradbury’s short-story The Long Rain (1950) (from which this section of the film is adapted), the characters are driven to insanity due to the incessant onslaught of the never-ending rains of Venus, yet they hold out hope for the temporary relief that a Sun Dome (a dry and warm space) will offer. At the climax, all but one have perished, and although successful in reaching the final destination, it is heavily alluded that the character is in fact hallucinating. As such the space of momentary respite remains forever inaccessible. Loughman’s Sun Dome functions in a similar manner, for it is housed within the gallery wall, with the only aperture being a rather small peephole that distorts the model and makes it frustratingly difficult to properly grasp all at once; it is always beyond our reach.

The schlocky contours that index many (bad) science-fiction b-movies have been entirely vacated from Loughman’s constructions. Instead we are presented only with hollowed out spaces, zones without people that distil the pervading cloud of anxiety from its source material. This is a process of exhumation, where the anticipation from these moments of unbearable uncertainty is never allowed to resolve, resulting in the emergence of an eerie aesthetic that engrosses the viewer with a sense of profound isolation. In the translation from movement to still-image we are encouraged to ruminate in states of distressed unease, that conjure the spectre of speculative fiction as that which diagrams the co-ordinates of a futurity dominated by the omnipresence of doom. Returning to Bradbury’s The Veldt, at the climax of the story we learn that the creeping horror felt by both parents upon viewing the African scene can be partially understood because of its existence as a vision of their own demise. Proven Answers is at its most interesting, when it ventures into the oneiric depths of dystopian fictions by offering a series of works whose articulation of eeriness is predicated on a similar gambit: the future (what comes next) is that which is hostile to the human.