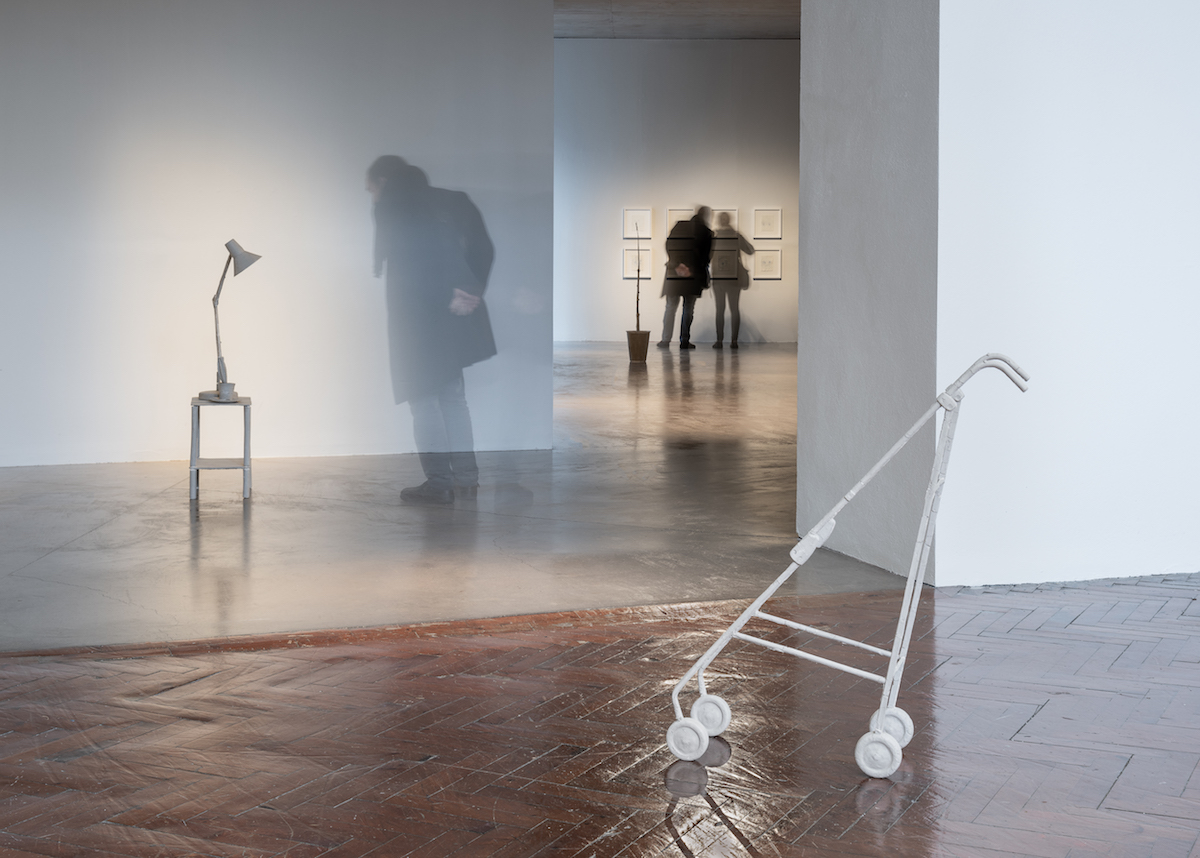 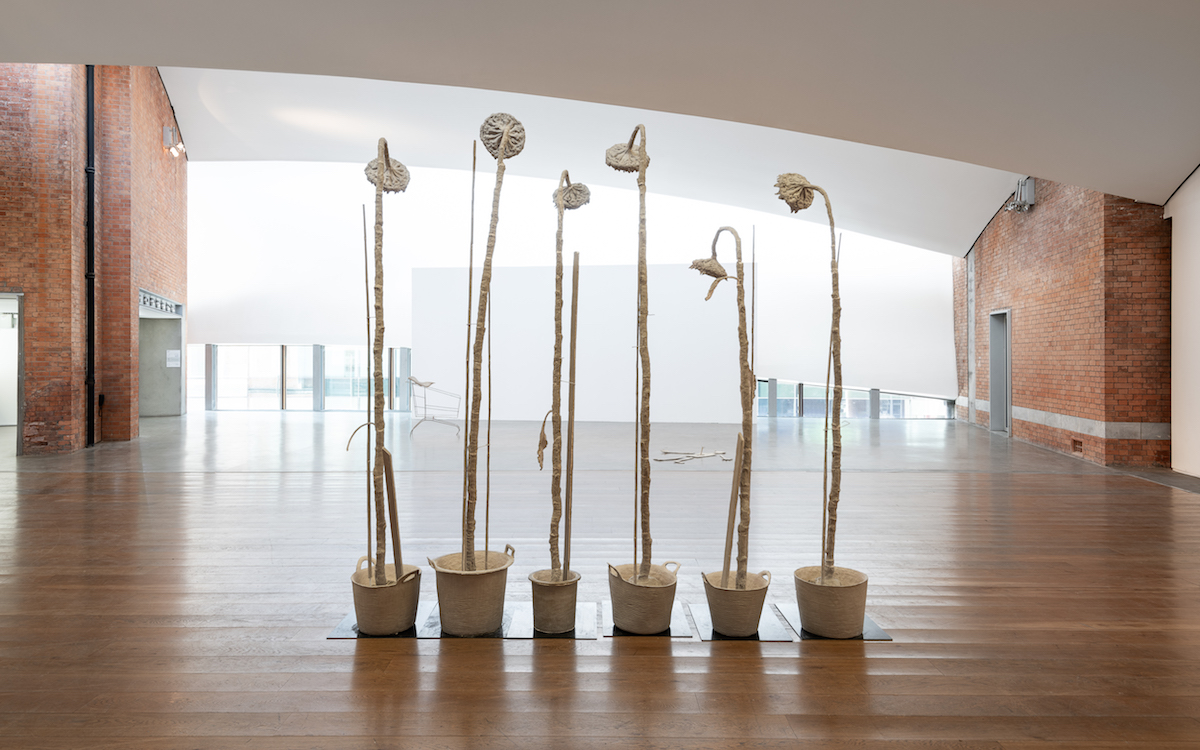 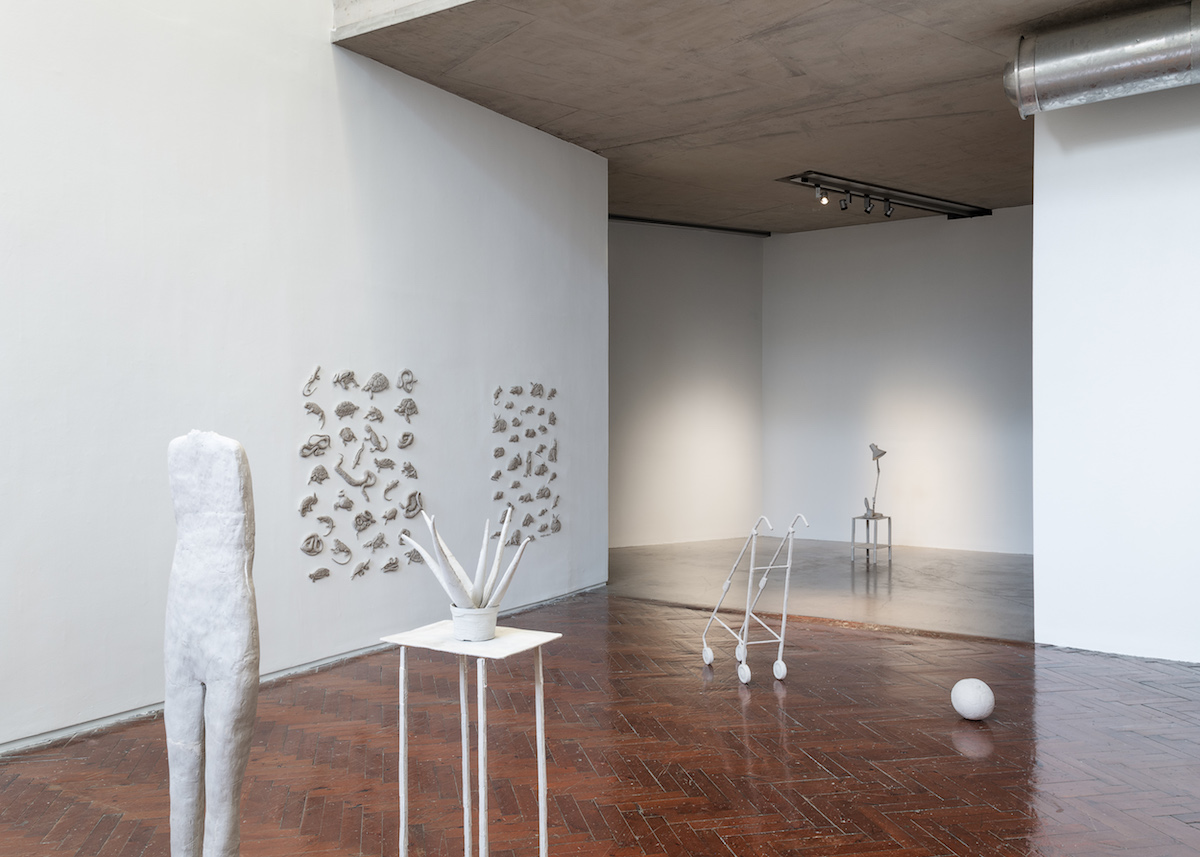 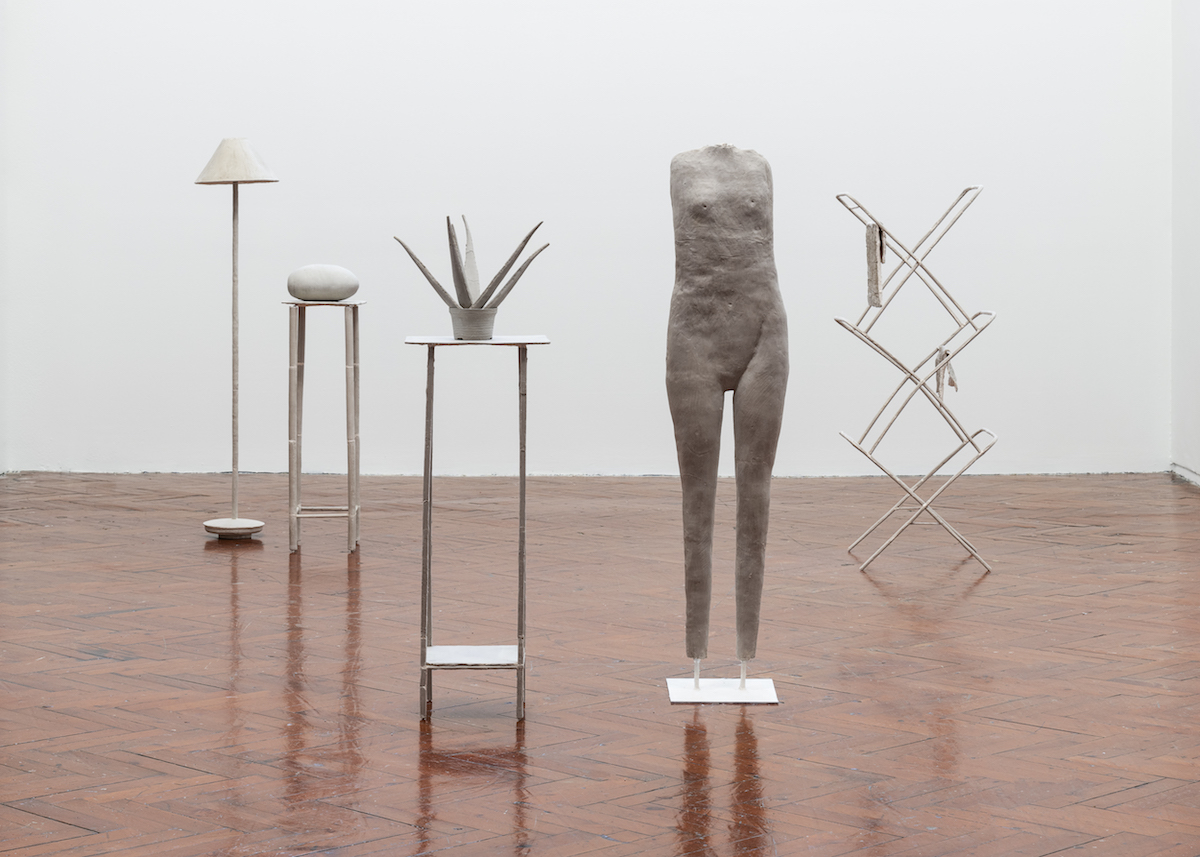 Daphne Wright, A Quiet Mutiny, at the Crawford Gallery

At the recent Cork International Film Festival, Chantal Akerman’s seminal 1975 film Jeanne Dielman, 23 Quai du Commerce, 1080 Bruxelles chronicled three days in the life of the eponymous heroine. Over 201 minutes, the audience witnessed the daily routine of Jeanne’s widowed life: cooking, shopping and mealtime with her son, as well as counting the money that she makes from sleeping with men who come to her apartment. Through recording the processes of cooking, cleaning and eating in real-time, the film frames the domestic experience, until seemingly insignificant actions take on a transcendental quality.

Jeanne Dielman comes to mind when walking through Daphne Wright’s A Quiet Mutiny exhibition which was commissioned by the Crawford Art Gallery. Here, we are taken through the props of a domestic life: a standard lamp, dinner plates, a clothes rack, all of which are encased in dry clay, creating a tension between form and purpose. Wright deftly presents objects from familiar yet unsettling viewpoints: an amputated fridge door contains a solitary milk carton, a Christmas tree with star still in place is stripped of its branches. A buggy stands beside a child’s football, creating a two-point narrative of childhood which is further layered with arrangements of toys and pet animals, articulating a dialogue between the malleable mind of the child and the anxious gaze of the carer.

Moving through this exhibition, the layering of visions and voices becomes increasingly complex. A female body stands beside an aloe vera plant, symbolically regenerating itself. In the film Song of Songs, a man and an elderly woman appear in a pose taken from an operatic death scene as he holds her hands above and behind her head in a gesture between support and restraint. It is a beautiful meditation on need, care and their inherent commingled emotions.

In counterbalance to the domestic scenarios throughout the rest of the exhibition, the film Is Everyone OK? features an elderly man whose questions and exclamations are largely taken from the daily routine of the office environment. Asking if people are on board and if they are OK, he asserts that “we can do this”, pronouncing “profound agreement”. As in Song of Songs, there is again a poignant tension, this time between smooth office-speak and the character’s answers to unheard questions about a loved one. His sad statements that “she’s coping”, “she’s stable”, take us eloquently back to the emotional vicissitudes of personal relationships.

At the end of Jeanne Dielman, the heroine breaks the cycle of her domestic life by stabbing a customer through the chest. In the final section of this exhibition, a row of triumphant sunflowers overlook a stabbed figure on the floor. For all its earlier pathos, Wright’s closing vision is a vibrant one, with violence witnessed by the sunflowers and through them incorporated into a domestic vision that chronicles the progression from childhood to old age.