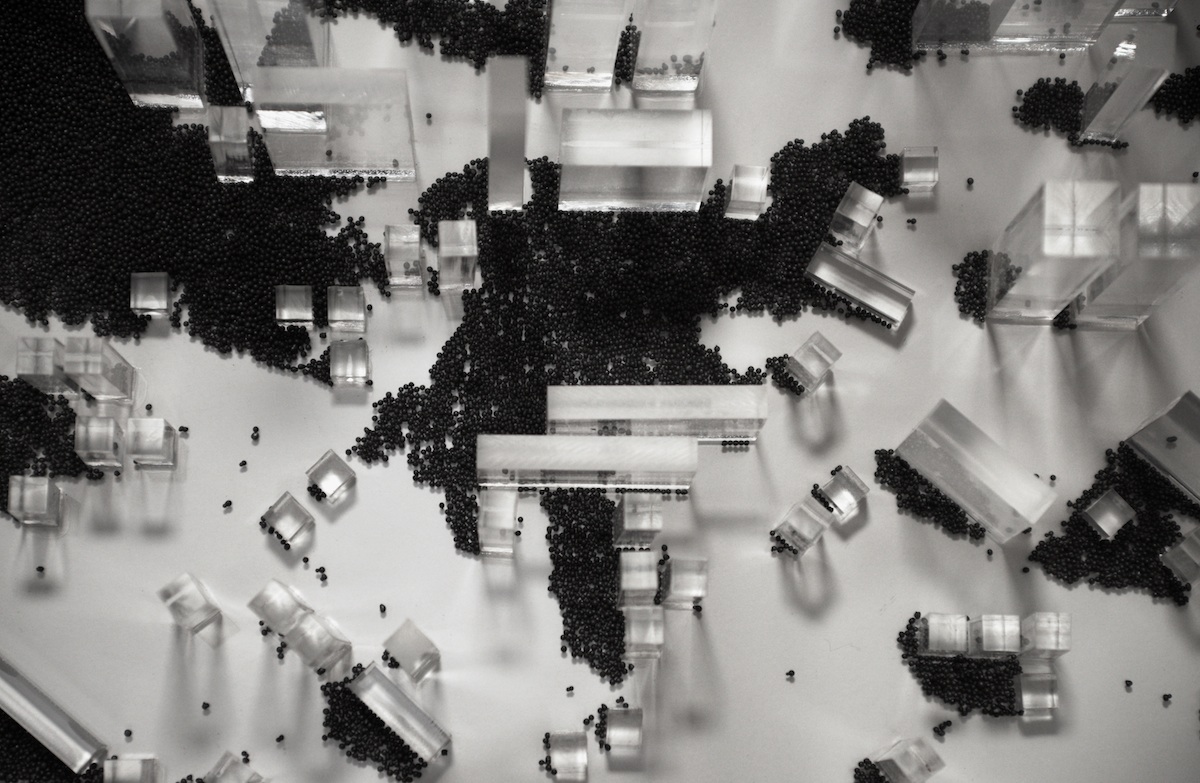 Not often does an artwork deal with a topic that becomes a global ‘trend’ the very next day, but such was the case for Joy Gerrard’s ‘shot crowd’ at the RHA. The exhibition focused on the representation of situations where individuals intentionally and peacefully congregate to create a new entity: a protest crowd. The ink paintings are based on long-shot photographs of demonstrations in different places around the world – including a protest from 2016 that disrupted a Trump rally. The exhibition opened on 19th January, with Trump’s inauguration and subsequent crowd shots / alternative facts scandal happening on the 20th, and the immense Women’s March on the 21st.

The film piece, shot crowd, shown in a separate space, presents a ‘crowd simulator’ which moves lead “shot” balls through a plastic maquette of a street. This brings up the question of the individual intentions of those who chose to be present in the protests depicted in the paintings. While in the ink paintings smaller scenes are visible to the viewer, and together create a large and complex image of a crowd, in the projected piece there are no individuals, just the crowd. However, the clusters being formed in the film as well as in the audio would not be possible without each singular black lead ball. Thus not unlike the ink painting depicting events that would not have been possible without the individuals intently present in the otherwise empty streets. This is, for me, the exhibition’s primary narrative – the importance of each individual’s choice to be present in political action.