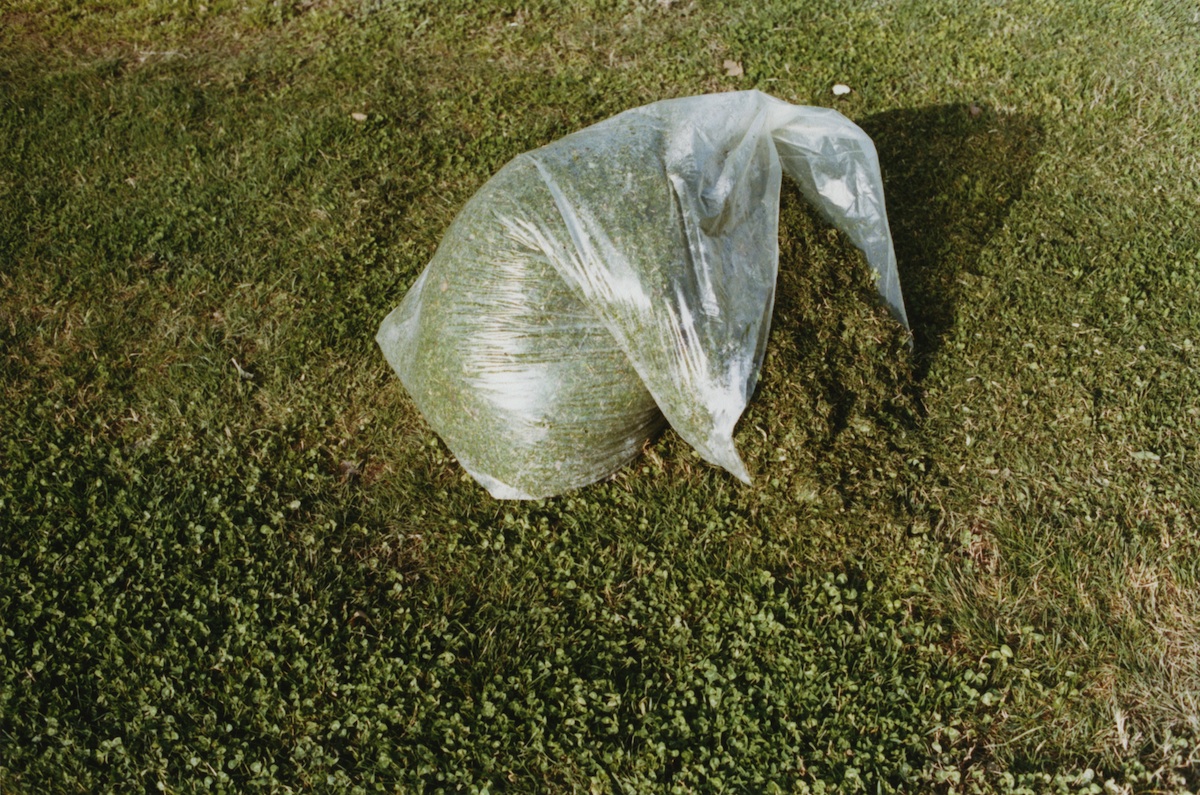 An angular bouquet of igneous rocks, protruding from a small pile of gravel. The halogen-lit ceiling of a petrol station forecourt, glowing like an alien spaceship at night. A semi-transparent bag of recently cut grass, lounging like a dog on the lawn, slouching forward, spilling out over itself. There are 27 photographs in this exhibition by Samuel Laurence Cunnane. The largest of them is only 6.6 x 10 inches. The majority of them are half that size. And in the cavernous space of the Douglas Hyde, all of them look smaller still. Though some hang side-by-side in groups, no two of these photographs can be scrutinised from a single standing position. One must move from one to the other. One must get in very close to each.

Shot in Hungary, Bosnia, Serbia, Croatia, Bulgaria, Turkey and Iran, these are photographs made at a time when, with ongoing multilateral conflicts in Syria, Yemen and Iraq, an ensuing refugee crisis no one wants to deal with and the build-up of NATO and Russian troops in the region, the borders of these countries have become newly politicised, militarised, at once watched and watchful. Insofar as these photographs can be said to have a distinct grammar, the most important mark is the interior border. The red line of tiles at the entrance to a car-wash. The diagonal textural shift from cut to uncut grass. The menacing swirl of a barbed wire fence. Yet these interior borders are frequently compromised. The red line is partially covered by foam. The grass spilling onto the lawn has begun the work of erasing the distinction between what is and is not cut. And above the barbed wire that fringes the bottom of the frame runs the illuminated underside of a concrete bridge. Cunnane dredges the impermanence of there, tipping its contents into here. In its attention to what is outside, to what is small and what is other, this is an exhibition of 27 notes towards a minor photography.