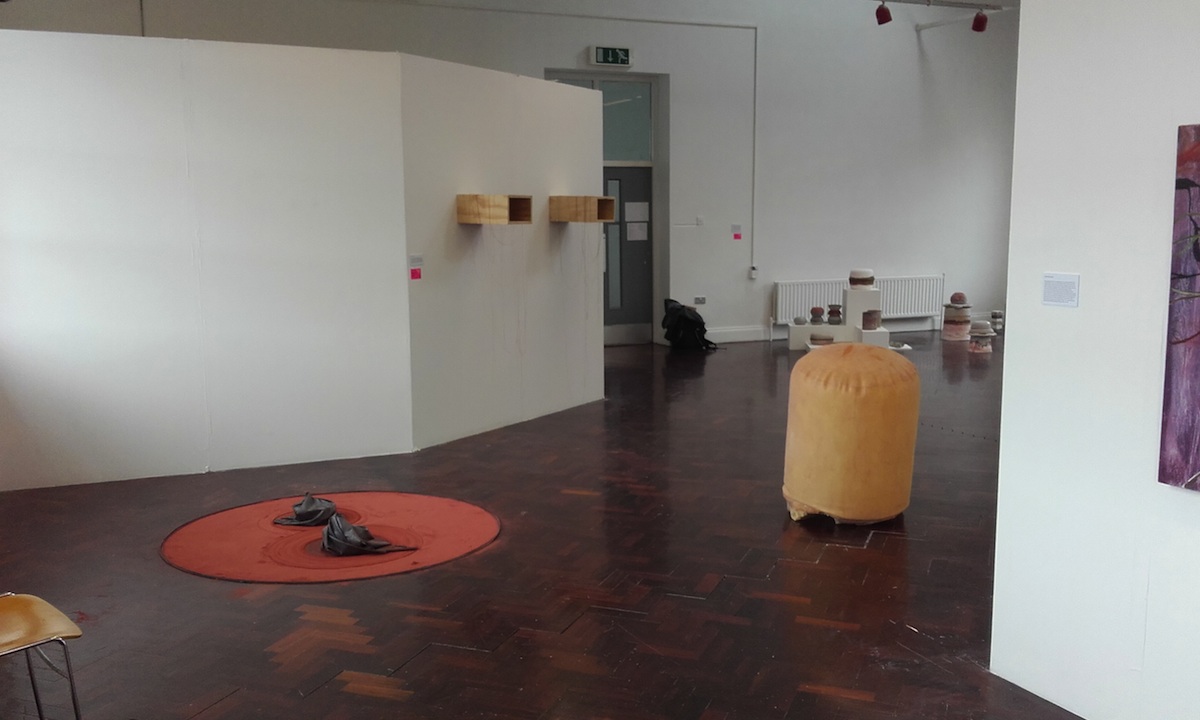 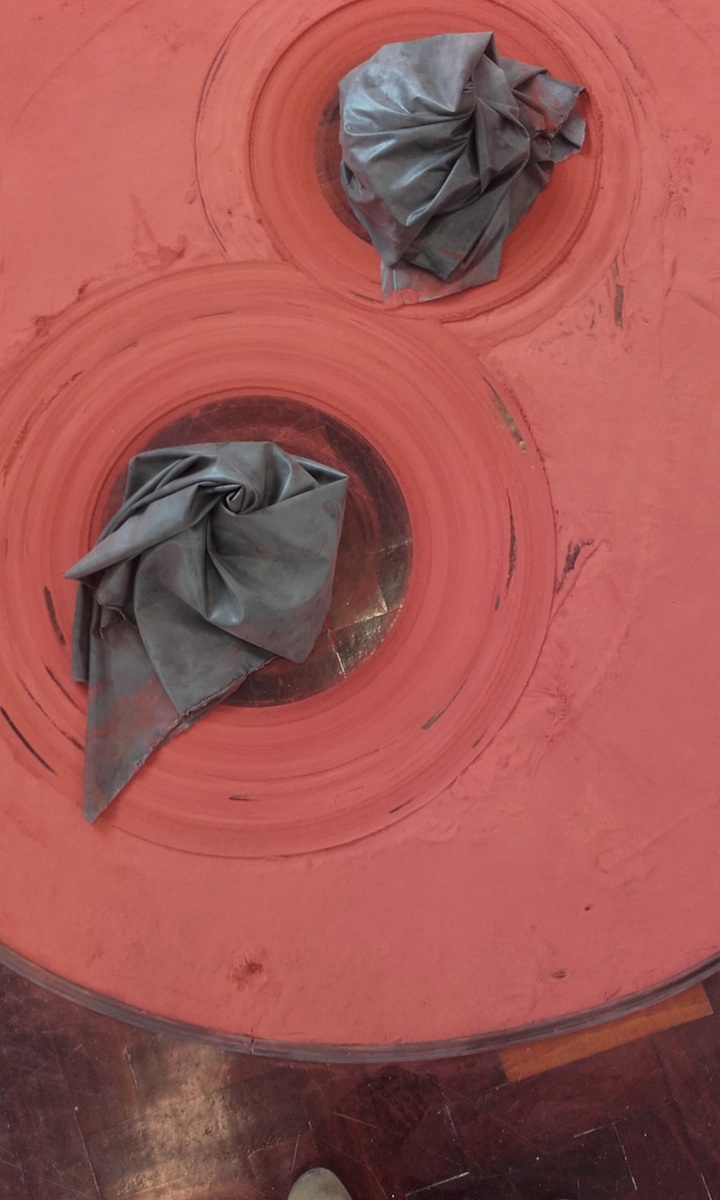 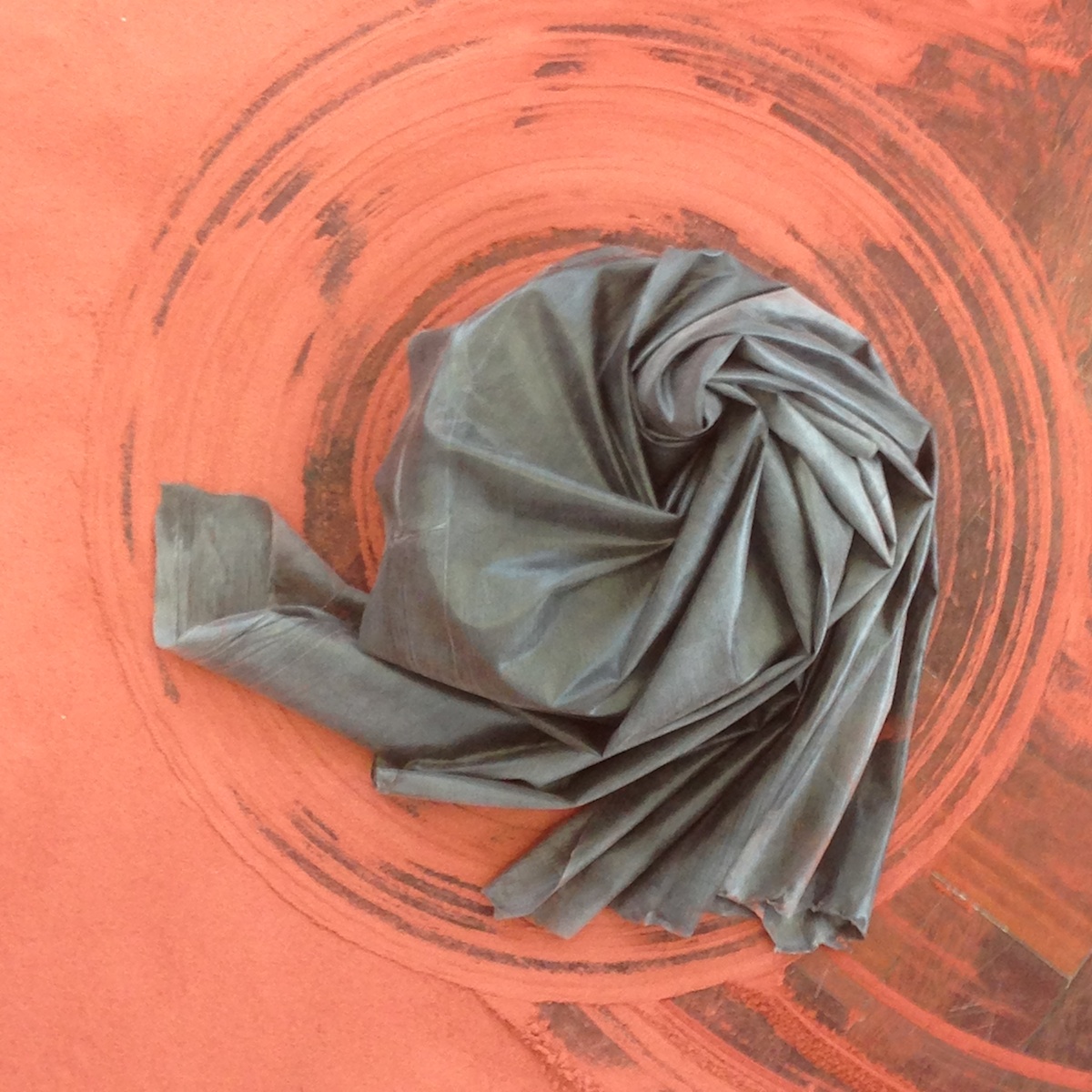 There is quiet but discernible humour in Amy Harlow’s two sculptures in slow motion that astutely absorbs attention even in a busy degree show space. Situated on the floor a number of paces apart, the pieces – one in translucent latex and cylindrical in shape, leaning precariously to one side and the other comprising two clusters of thick latex sheeting rotating in opposite directions in a circle of pigmented talc – share an unmistakable theatricality, moving continuously but with visible hindrance, as though beleaguered in some way by age or an uphill struggle.

In the text accompanying the works, Harlow reveals a desire to adapt the concept of a Zen garden for more of an ‘on the go’ approach, ironically hinting at a familiar-sounding consumerist, convenience-led mode of meditation that is plainly at odds with anything resembling a spiritual practice. One of the chosen titles – ‘Wait A Minute’ – is a phrase that manages to suggest both patience and impatience, and so encapsulates an ultramodern inner conflict born of the simultaneous desire to stay and go. Due consideration has also been given to the palette; the use of slate grey and terracotta red, ‘a dual representation of earthy colours associated with relaxation and connecting with nature’ but also signifying ‘the more mechanical, colder sides of urban terrain’.

Here, Harlow subtly draws our attention to the longer term impact of one aesthetic being absorbed by another; eventually they begin to override each other, with any original meaning ultimately cancelled out. This could feasibly be the burden that is weighing and slowing these objects down. Harlow’s work exists beyond the realm of mere critique however, perhaps evoking instead the concept of Non Dualism, meaning ‘not two’ or ‘nonseparation’, a theory that challenges the notion of opposites (patience and impatience, for example) in favour of a possibility of interconnectedness. This theory, not without its flaws, is still useful in relation to Harlow’s art in which imperfection is not a quality to avert but something of an ideal state.