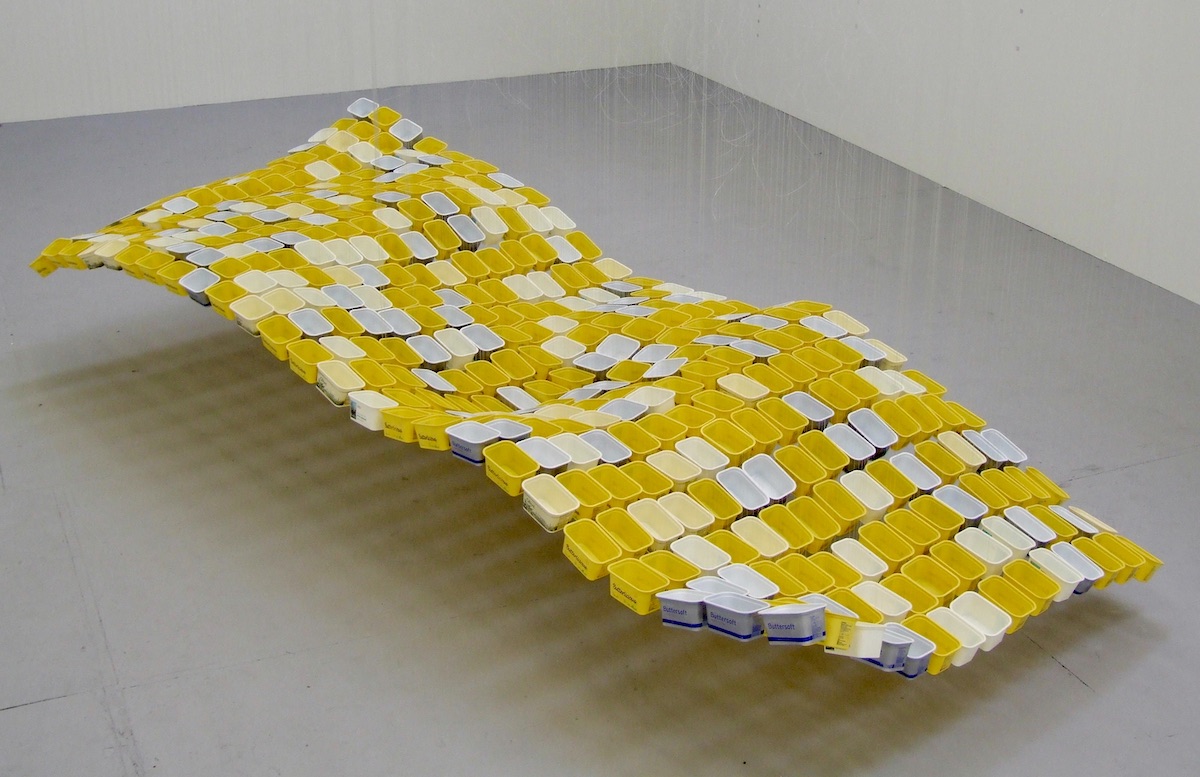 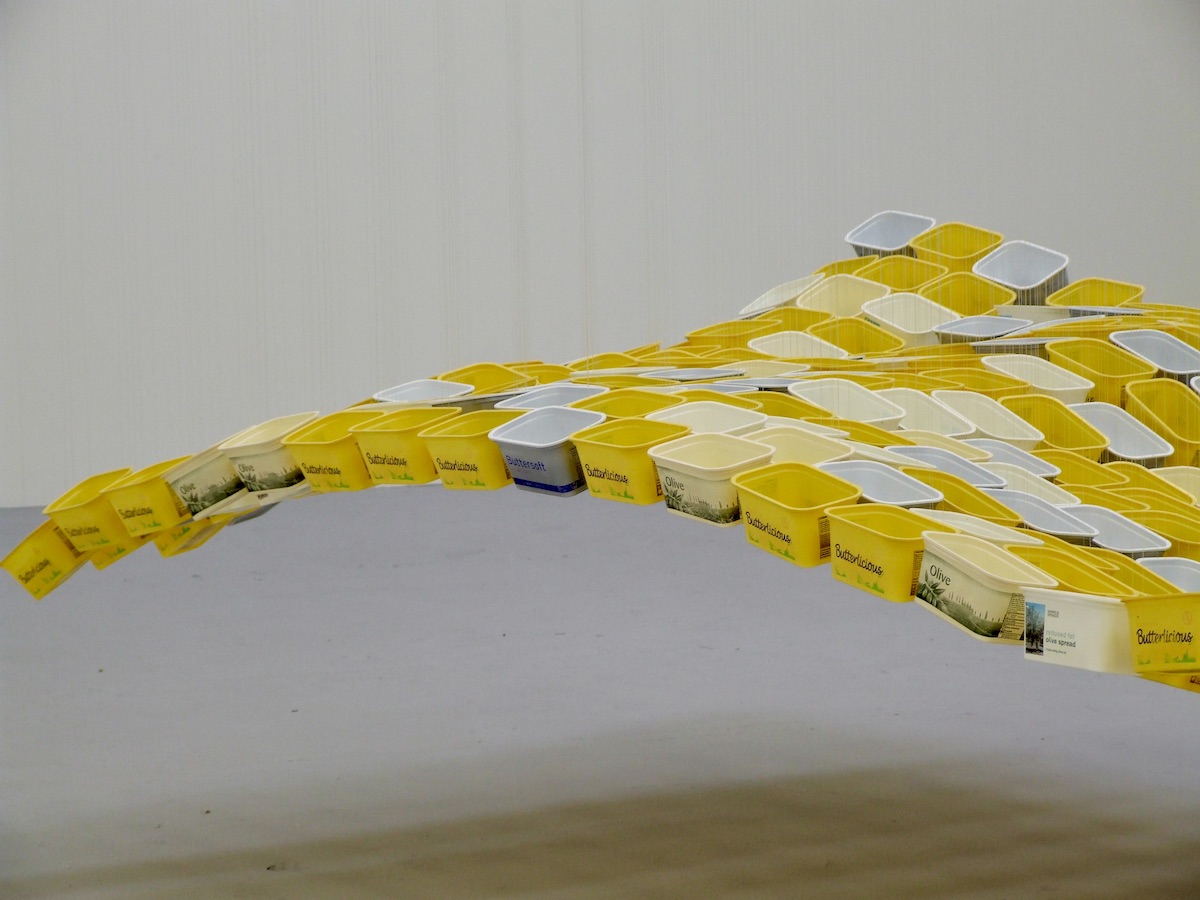 Disturbingly, due to storms about 10,000 shipping containers fall overboard from the decks of cargo ships every year, many unloading their contents into the sea. This flotsam travels in circuitous routes, or gyres, one of which passes Ireland on the Atlantic coast. Recent IADT graduate Emer Brady’s art is engrossed in such patterns that appear in nature, which she presents in forms scaled down from oceanographic levels from which they derive. Brady spent seven years sailing around the world with her husband and her subsequent practice and graduation presentation, Flotsam, is openly informed by her nautical experience. In March of this year, Brady collected 1,500 tubs washed up on shores in Cork for use in Flotsam, which features a suspended sculpture as well as a short video loop. The sculpture – of waves meticulously crafted from hundreds of the lidless, beach-combed dairy-spread tubs – was commanding in the room and trumped, for sheer craft, anything seen in the 3D department exhibition. Each container is suspended independently from a grid high on the ceiling by two individual wires. Inaesthetic food tubs such as these have never looked so remarkable and the piece interestingly juxtaposes them with a raw yet mesmerising pattern of nature – the undulating water of ocean surface waves. The tubs are the antithesis of organic form, and chromatically create the negative of a blue-black sea.
This 3D work is complemented by a video presented on a wall-mounted LCD screen. It shows 1,000 tubs placed on a beach with an approaching tide. The rectangular shape is the dimension of a shipping-container floor. As the sea reaches the tubs (sped up by video time-lapse) it carries swaths of them at a time into the water to bob about randomly. We know, however, that they will be defied incorporation into the ocean’s physical harmony and will soon be belched out again by it.

Davey Moor is a curator and photographer based in Dublin.