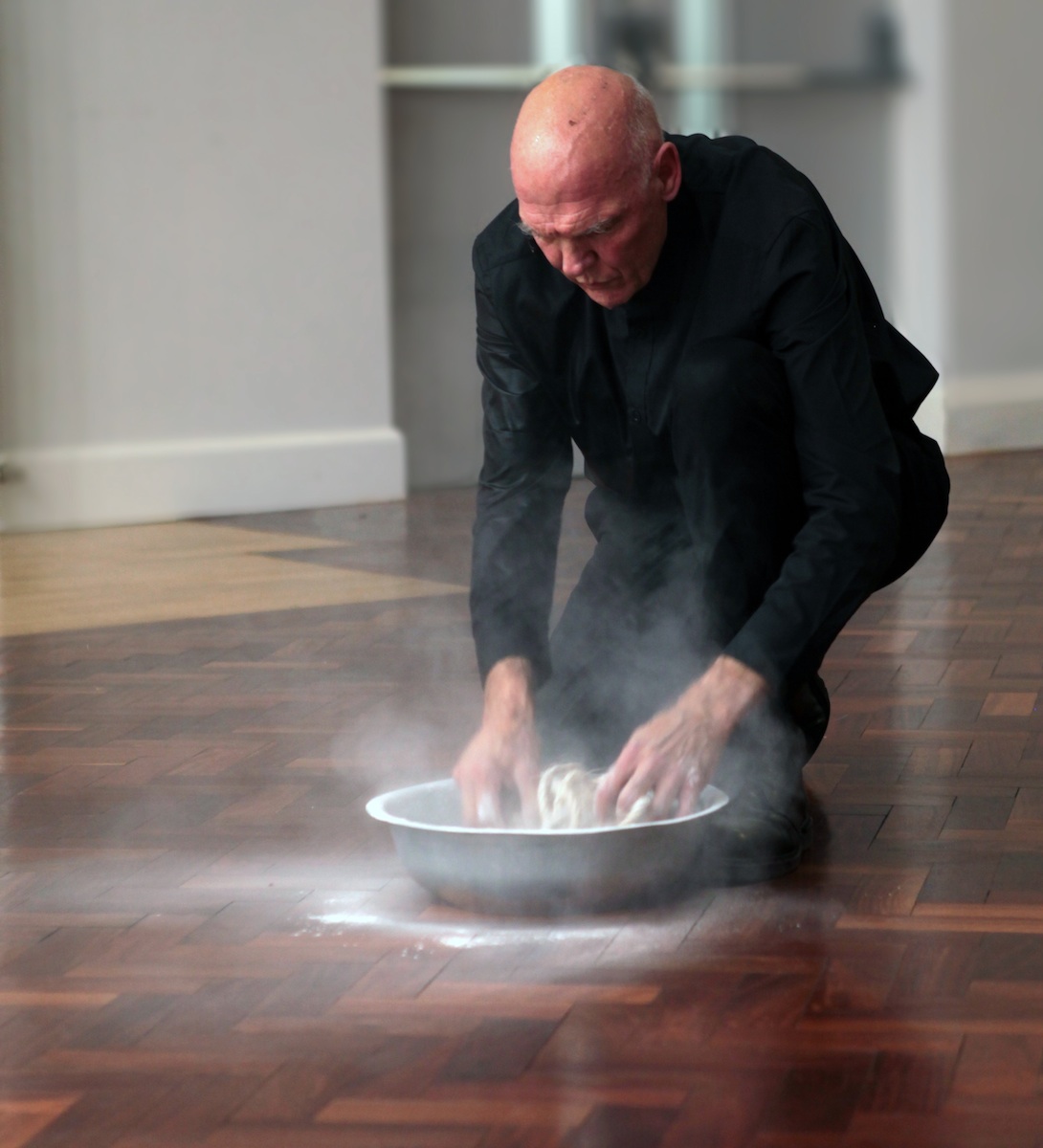 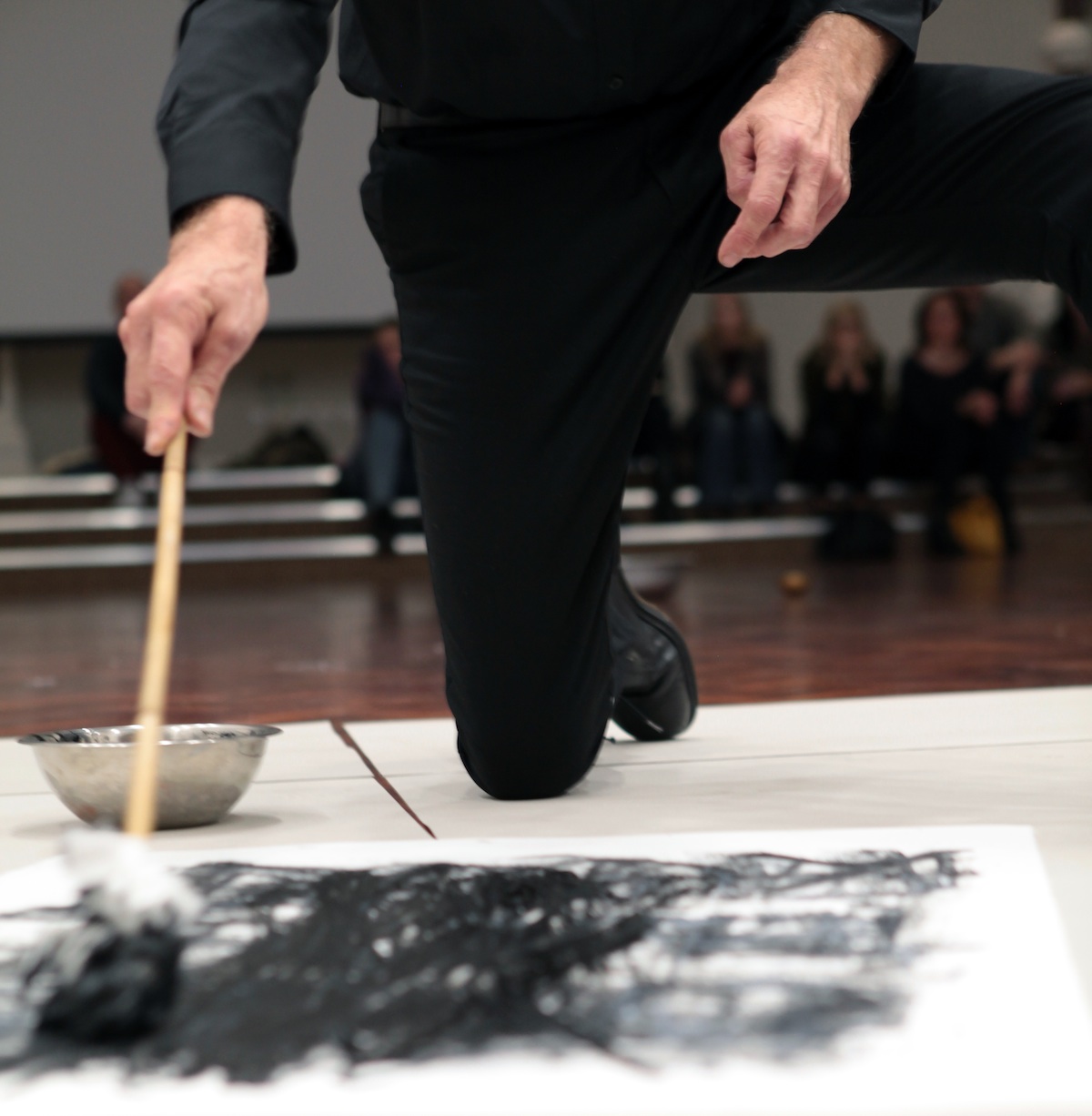 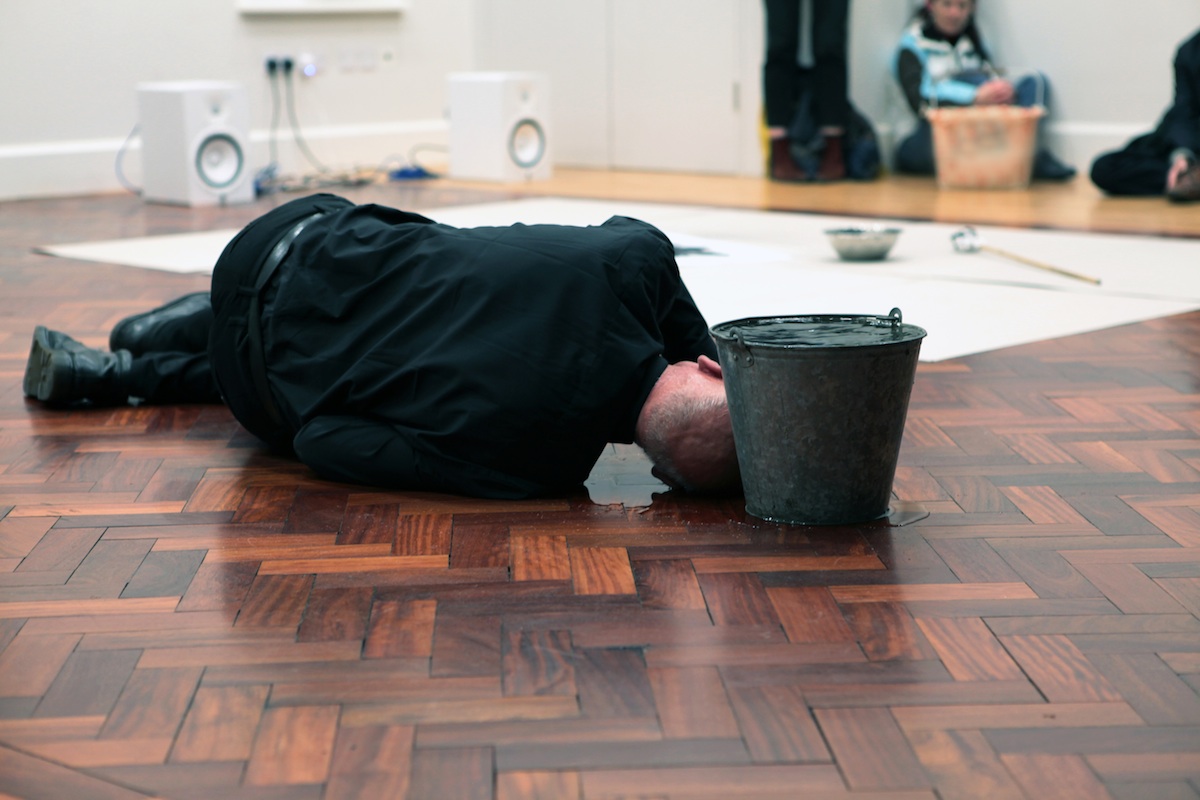 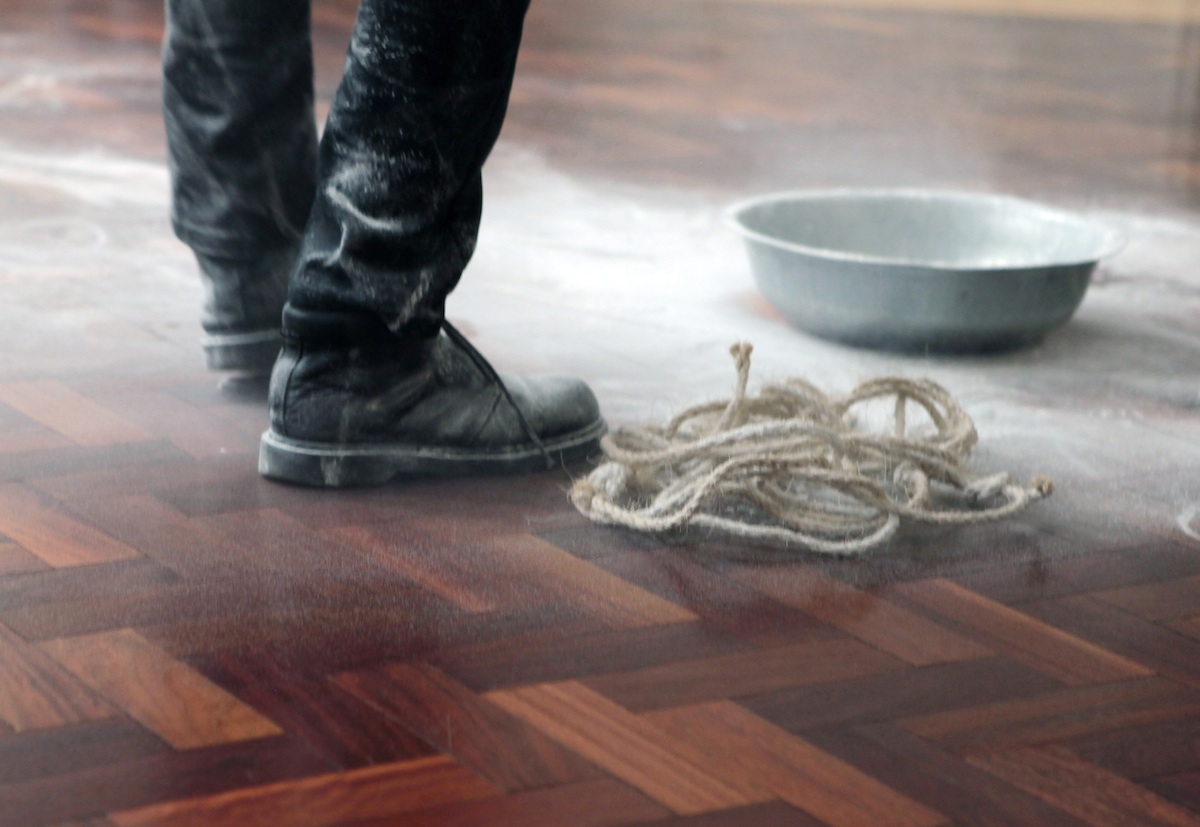 The parquet gleams through the scribbles in the French chalk that powders the floor, a brass bowl throbs with deepest blue pigment and card and paper lie about, some spattered and scrawled upon with random marks, like the attempts of a murdered man to name his killer: Nigel Rolfe was ‘ere.

The chapel is high-ceilinged and bright. Tall and skinny with a crooked back and deep-set eyes, Rolfe’s physicality holds the attention from the moment he enters the room and walks to the small sound system in the corner. Tinny music, a light intro played on a loop, crackles to life. Through the course of the performance Rolfe will turn the music on and off, a random musical bracket.

He lays out sheets of card and paper on the floor and kneels down to write in block-capitalled charcoal, repeated as he turns the paper around, creating an illegible tangle of black marks. Tearing up rags, he knots them together, a tiny escape rope. He wraps it around a stick and rubs it around the sheet of once white paper, smudging the writing then, sprinkling pigment on the paper, he leans and blows it about. Filling a steel bucket to the brim with water he lies on the ground, he pushes it across the floor with his head and shoulders, slopping the water as it leaves a trail of puddles behind. A rope, plunged into a bowl of French chalk then tied around his torso, leaves white, powdery marks across his black shirt. When he is finished he turns off the lights and opens the doors.

As Rolfe performed, Jackson Pollock came to mind. Pollocks’ paintings are an end product of an action that is still felt through his paintings over half a century later. In St. Johns’ College the aftermath is engaging and even beautiful but it is not the point. The artist has always known this.