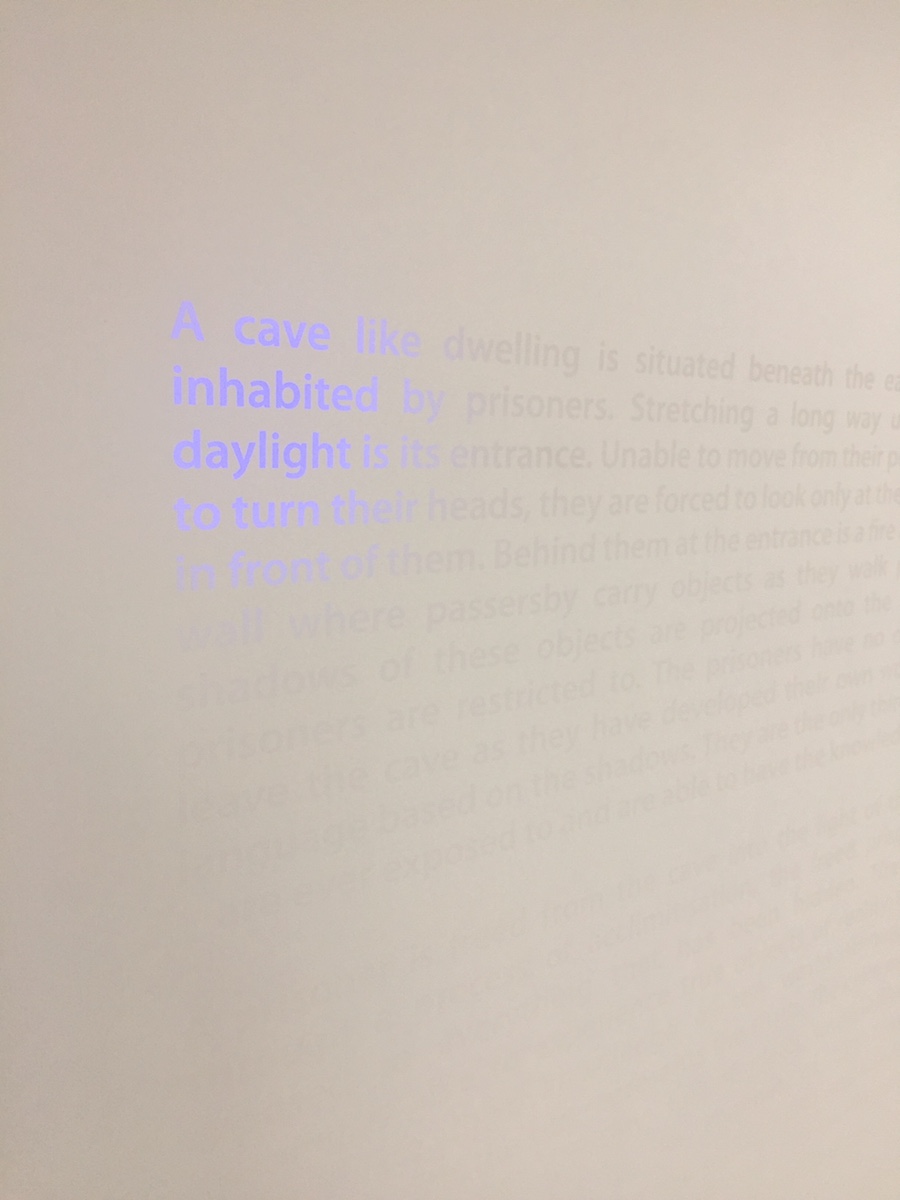 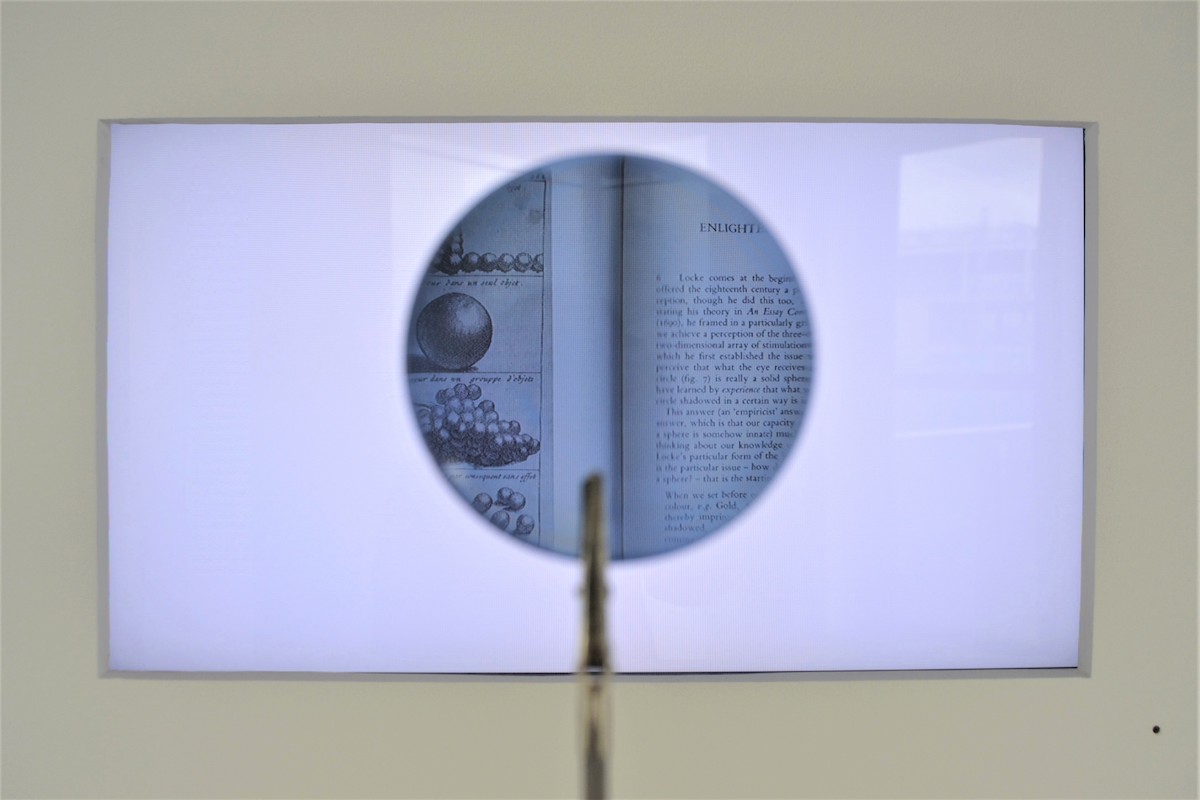 Aimée Nelson, Search For Truth, image courtesy of the artist. 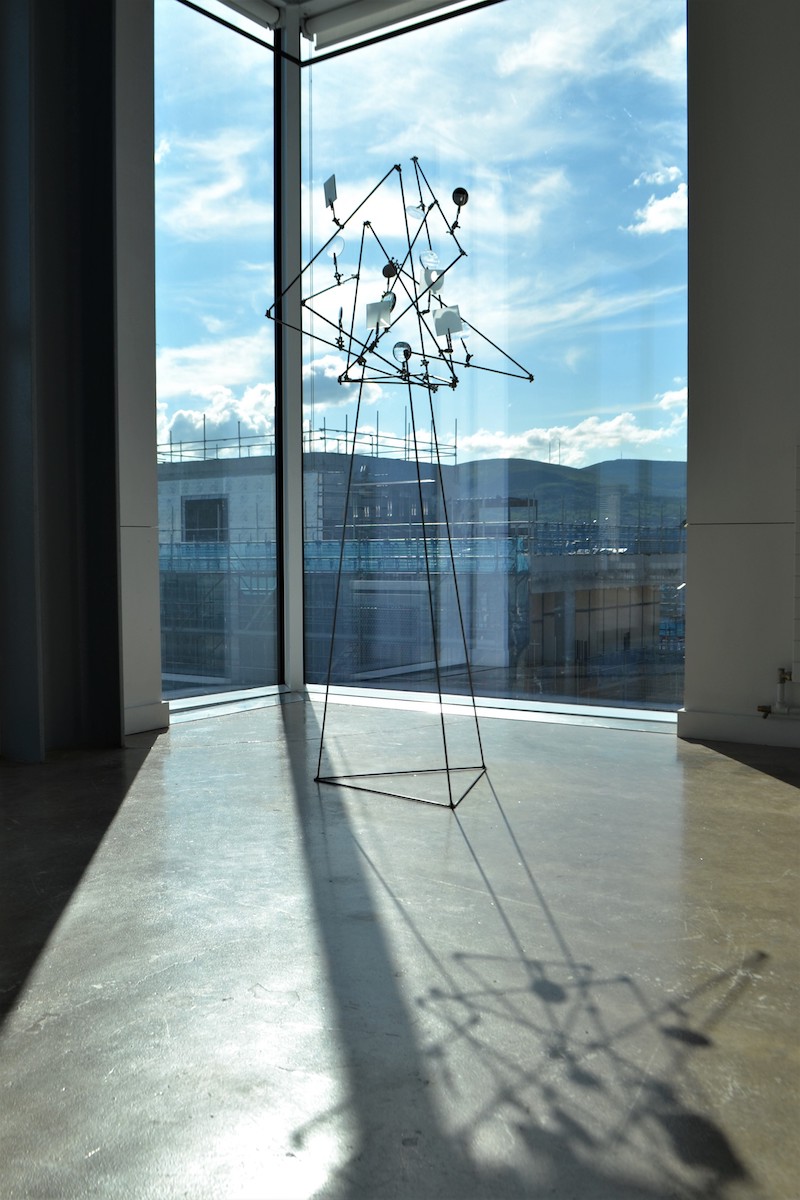 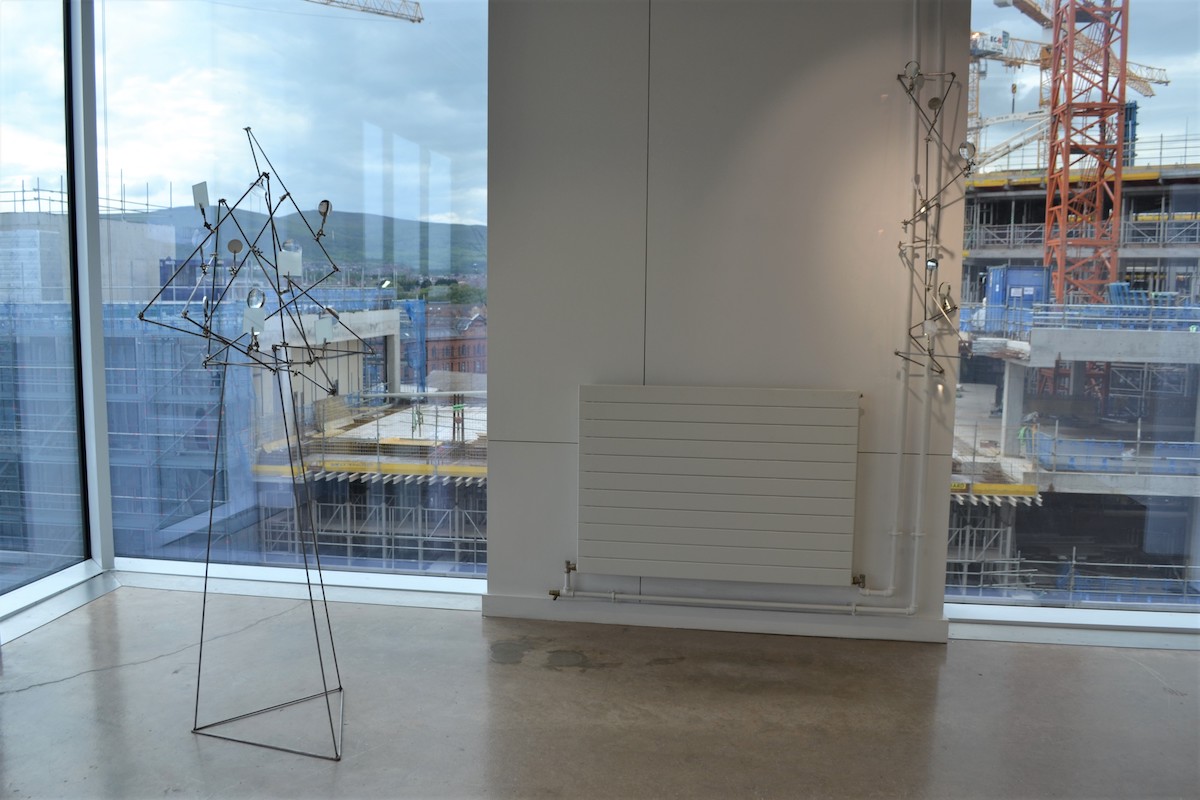 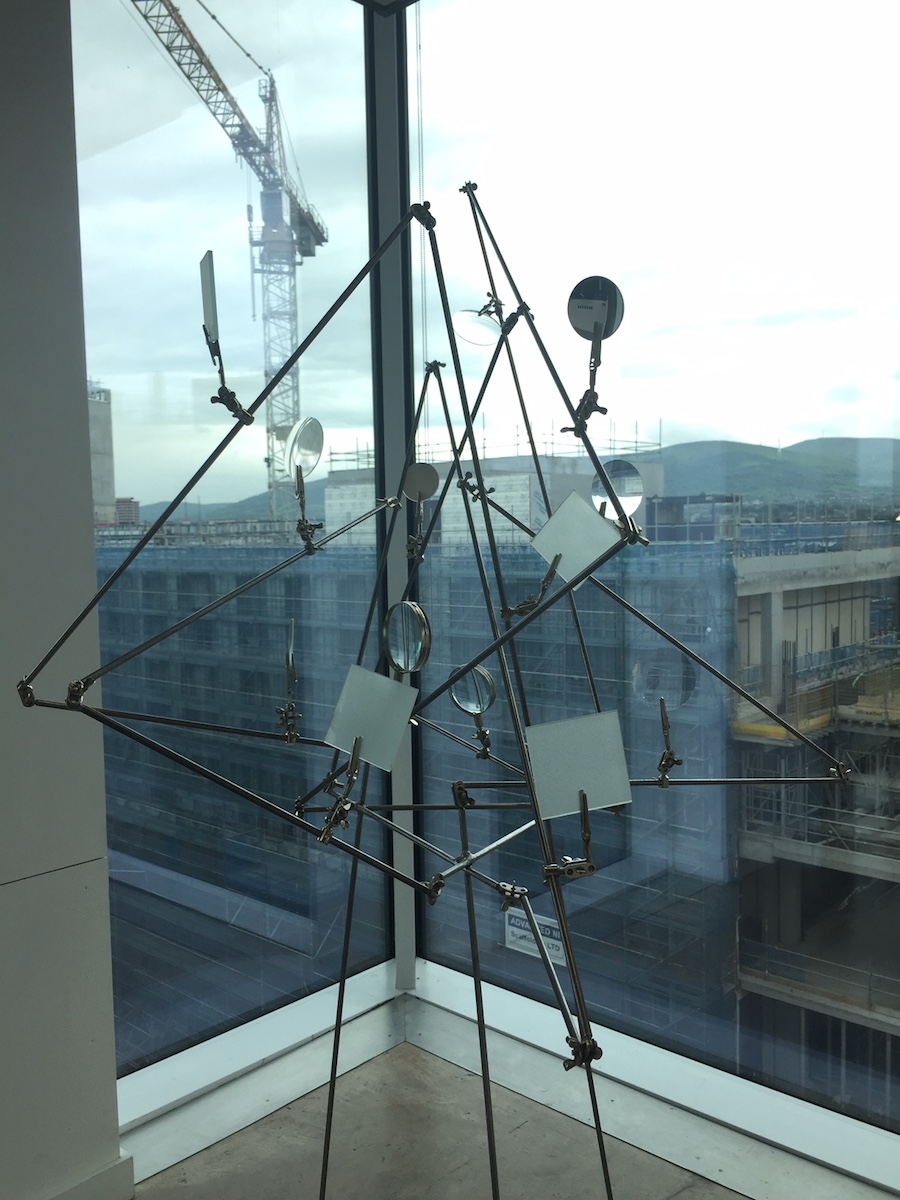 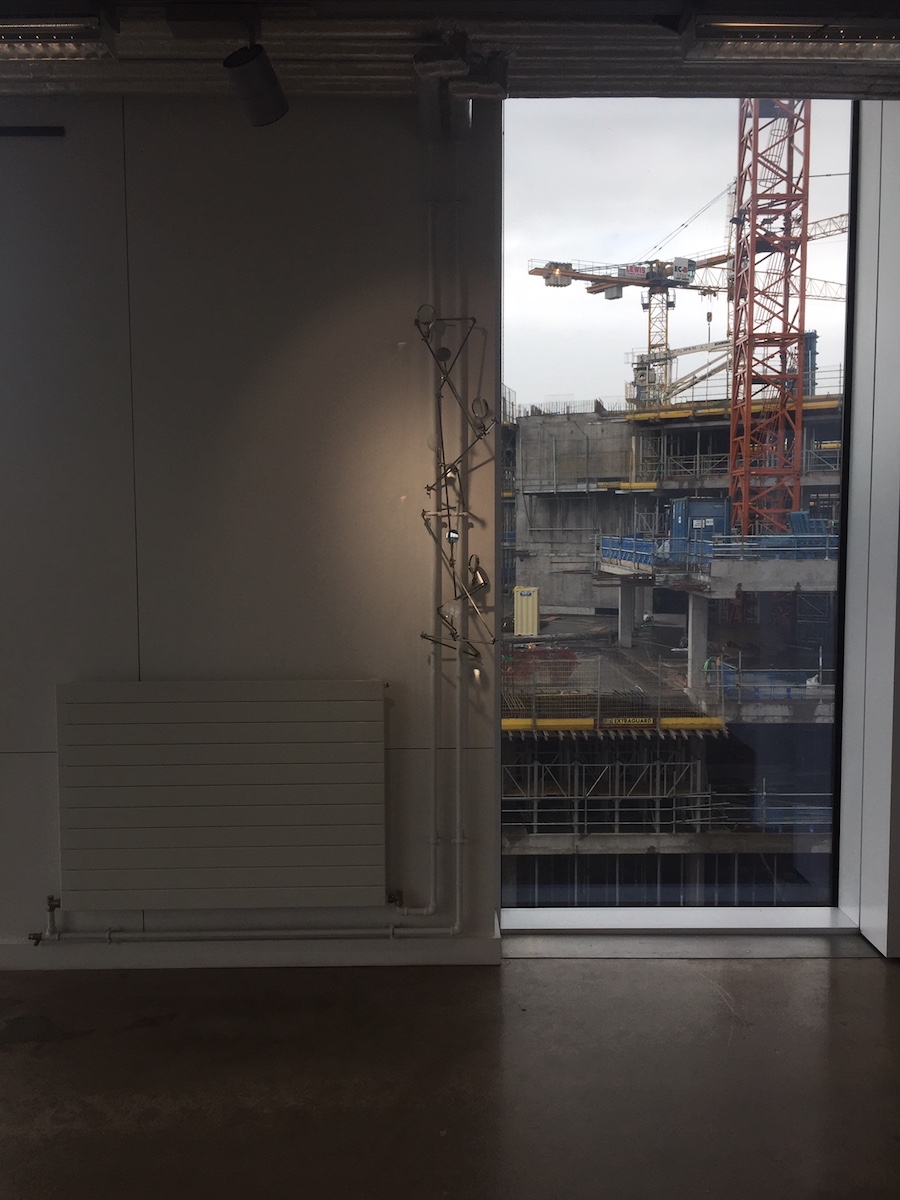 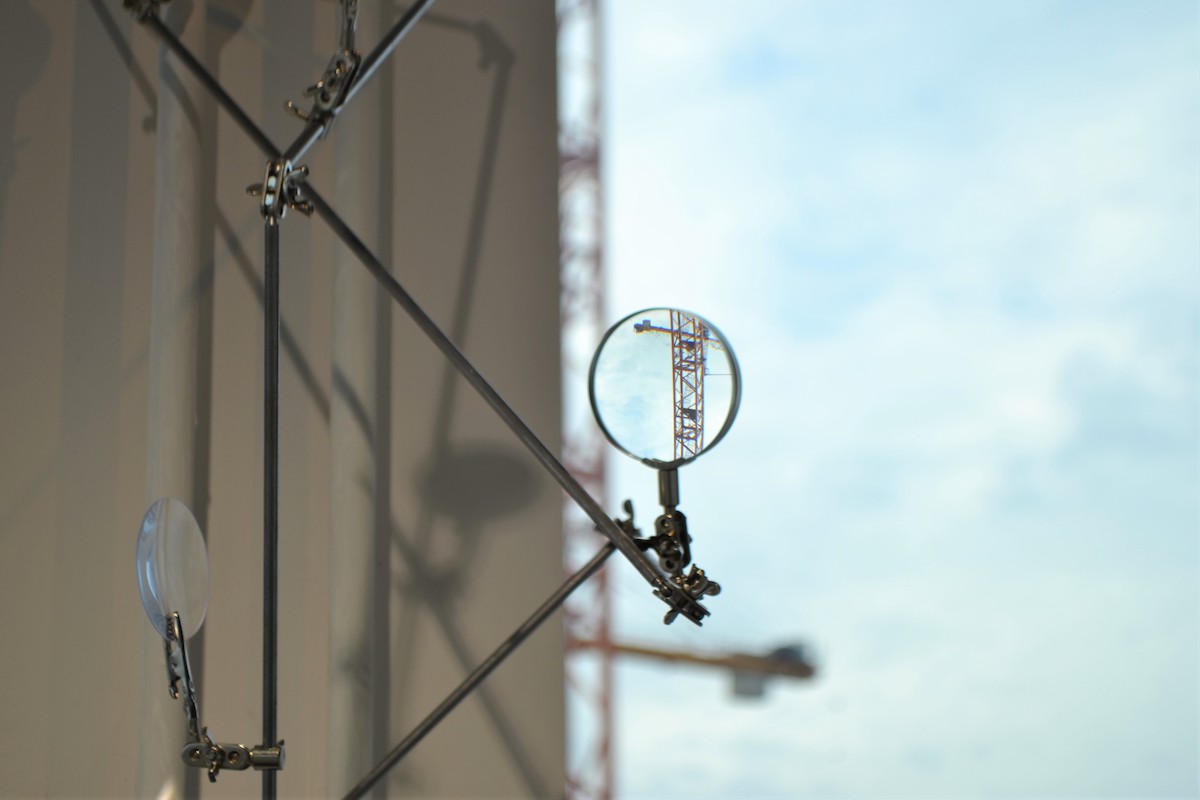 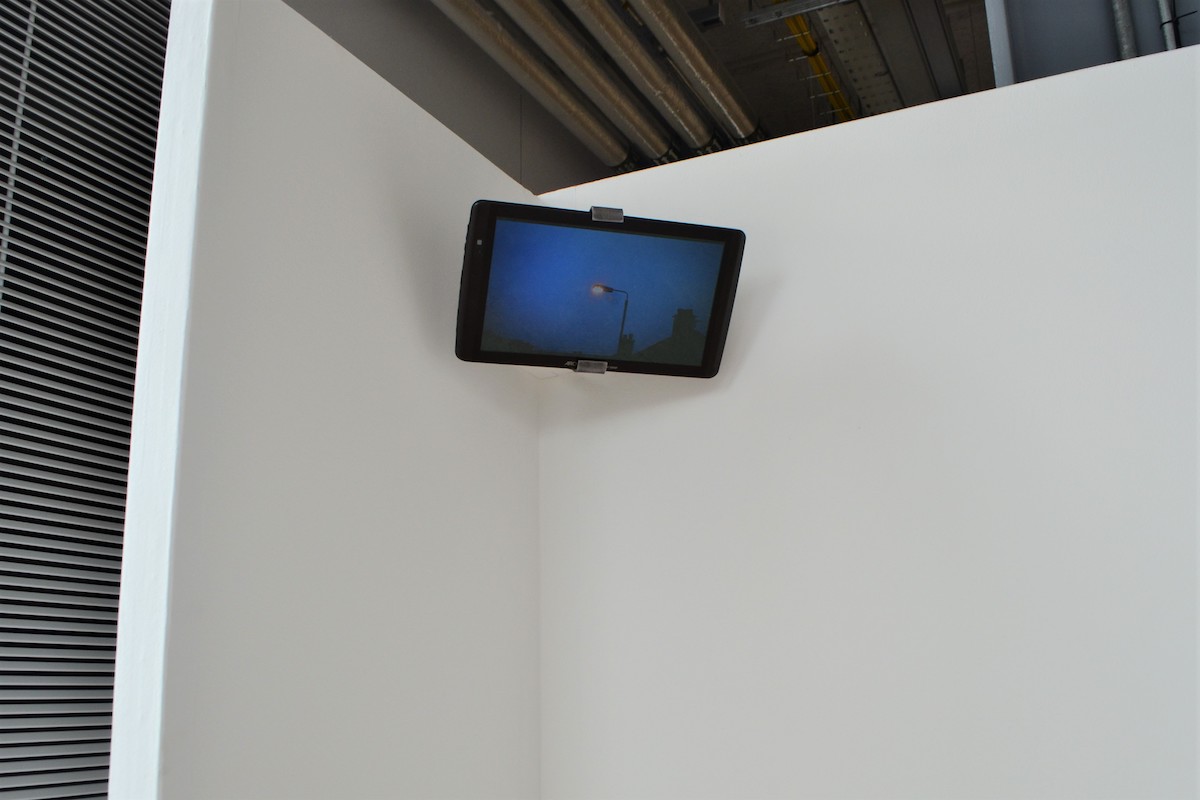 Aimée Nelson’s Cave is a screen printed text relating Plato’s Allegory of the Cave, the famous thought experiment about prisoners in a cave, whose understanding of things is based on shadows, and their perceptions of reality shaped by this limited visual experience. Ironically we can’t see this at first, as the print is only visible under UV light. A torch hangs alongside, its small ultraviolet circle revealing just a few words at a time.

In Search for Truth, a fine steel tripod holds a lens in a fixed position, in front of a seemingly blank monitor. On peering through the lens, the video is revealed to be a slideshow of every page from Shadows and Enlightenment by Michael Baxandall, a text about “shadows and the visual knowledge they can offer”. Each image flashes briefly, with chapter headings and diagrams contributing to an intuitive impression, formed as much from what we have seen, as a sense of all that we haven’t.

There is a sense of play in the filtering and revealing of light and knowledge, but it’s an active, serious observation, where looking requires negotiation with the materials, and your fellow viewers. Even visual puns feel at once light-hearted and serious. Light Bulb Moment is a video of a street lamp positioned high on the wall, so that in its reflective screen we see ourselves, the bulb hovering overhead like a sudden flash of understanding. We are Disney characters with bright ideas, or Plato’s escaped prisoners suddenly seeing the world as it really is.

Overlooking the start-stop building works of York Street are Lens Structures 1 and 2. Both are made up of slender steel lengths with fixed hinge joins, and contain the same dynamic potential of the stilled cranes and scaffolding outside. They look like confident sketches in graphite, with some areas baffled, magnified or obscured by small lenses and mirrors and squares of fogged glass, held delicately with toothed clips at points along the steel lines. The angles appear to stretch and test their own limits. One structure stretches up from the floor, while the other is held in place by the vertical wall pipes, cantilevered lightly against itself.

There is a constant play back and forth in scale and medium, between matter and ideas, what we know and what we intuit. A fine art education can be a similar balancing act of studious scrutiny with lightness and agility. The materials Nelson uses – glass, steel, lightbulbs, mirrors – are the stuff of light and looking, as if the miraculous trick of photography has been guessed at intuitively, and its components reassembled to reveal another reality. But the trick is no less miraculous when you know how it’s done, and knowledge is as important as instinct in the pursuit of light bulb moments.