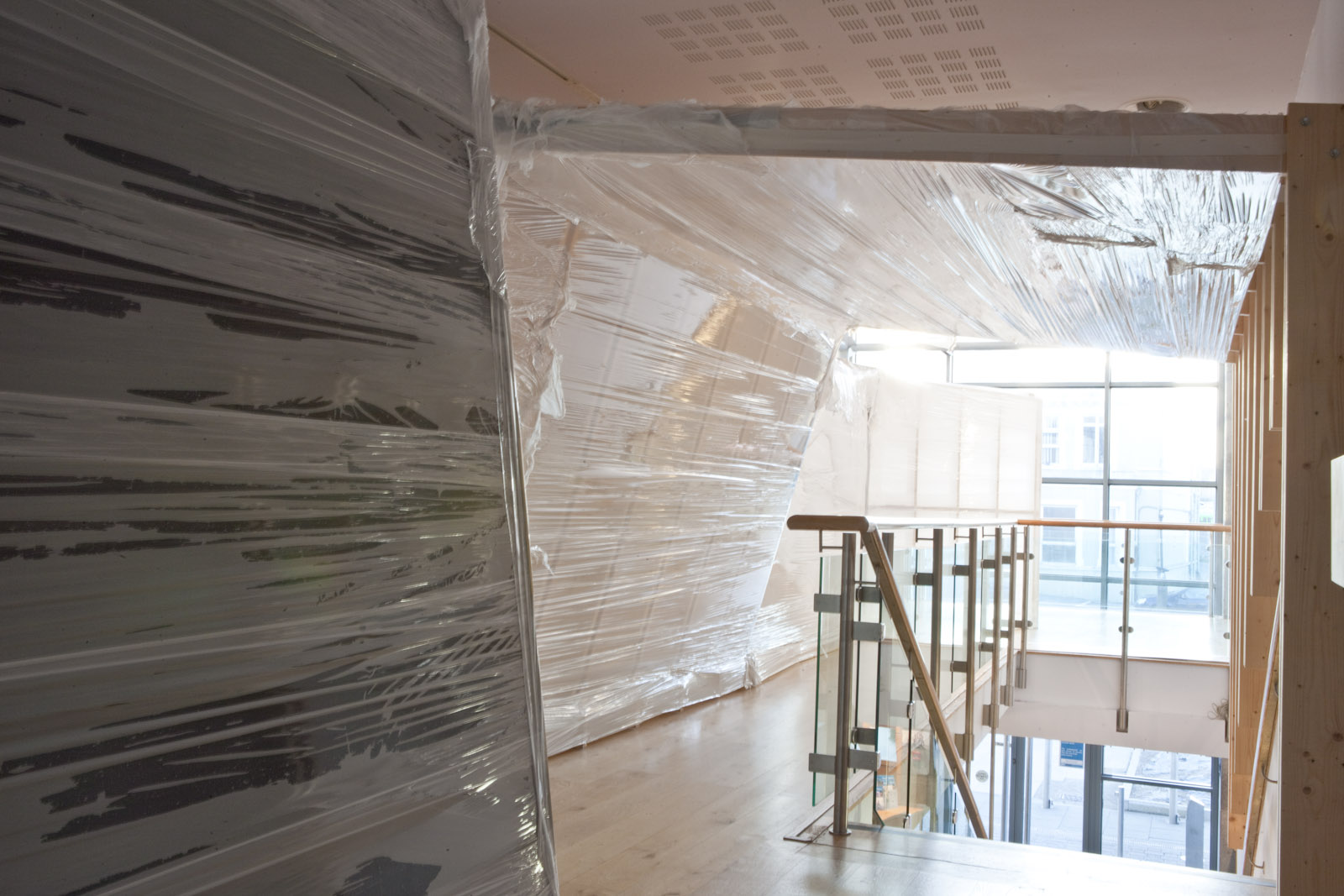 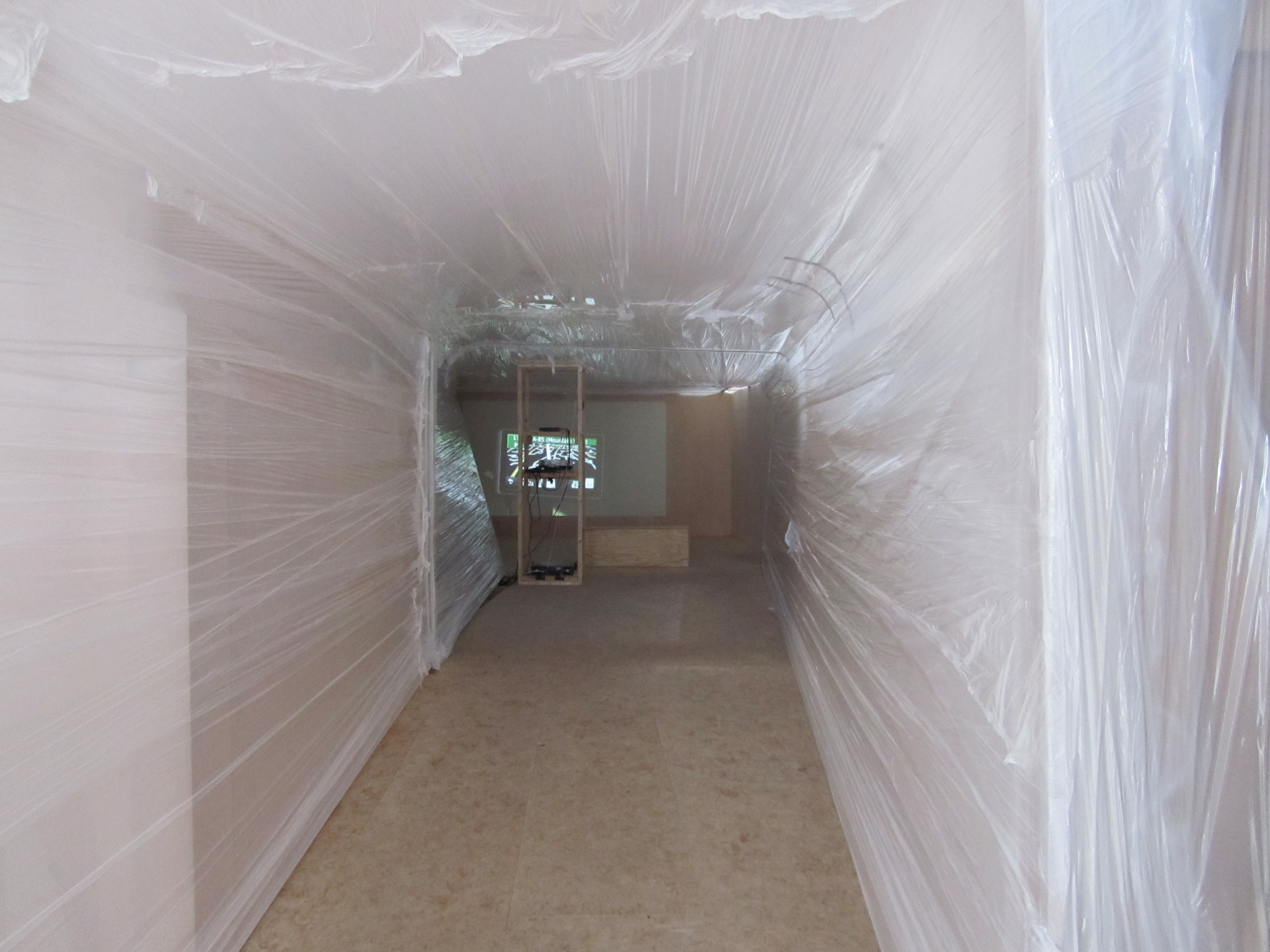 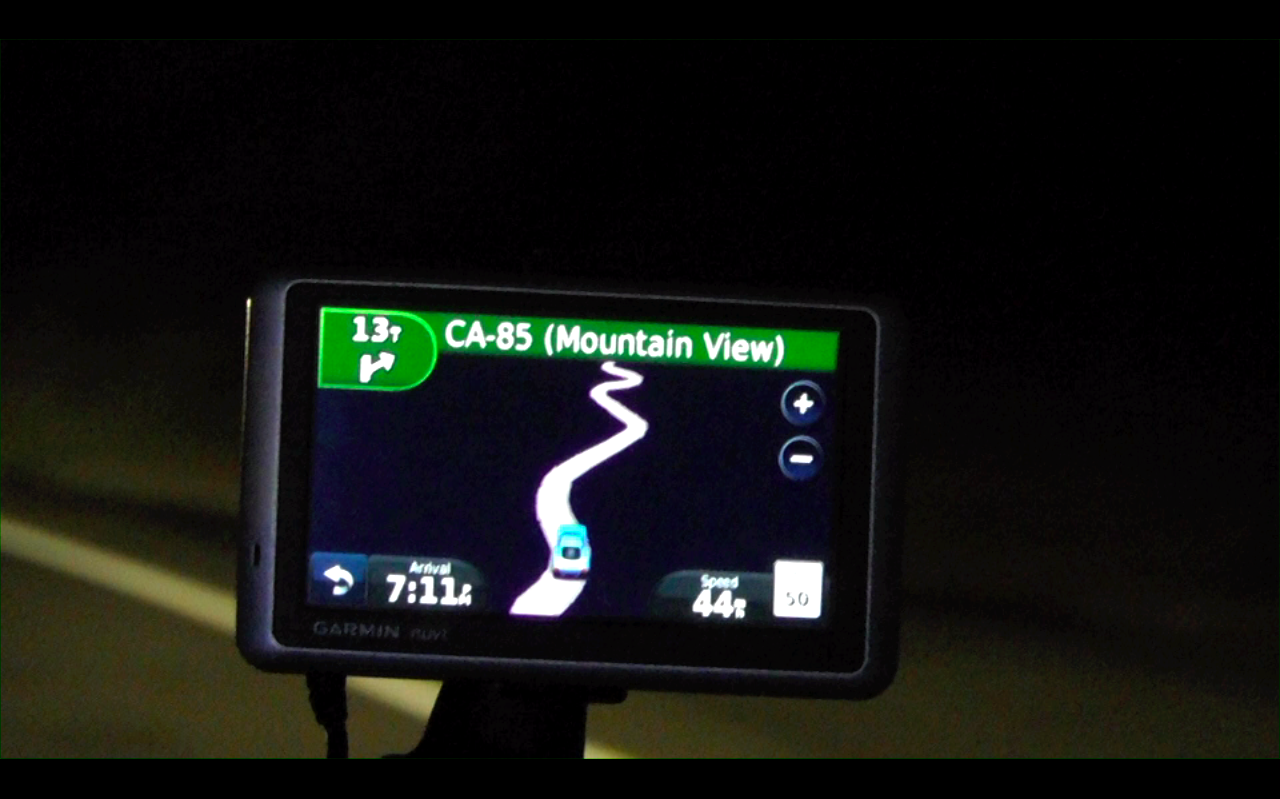 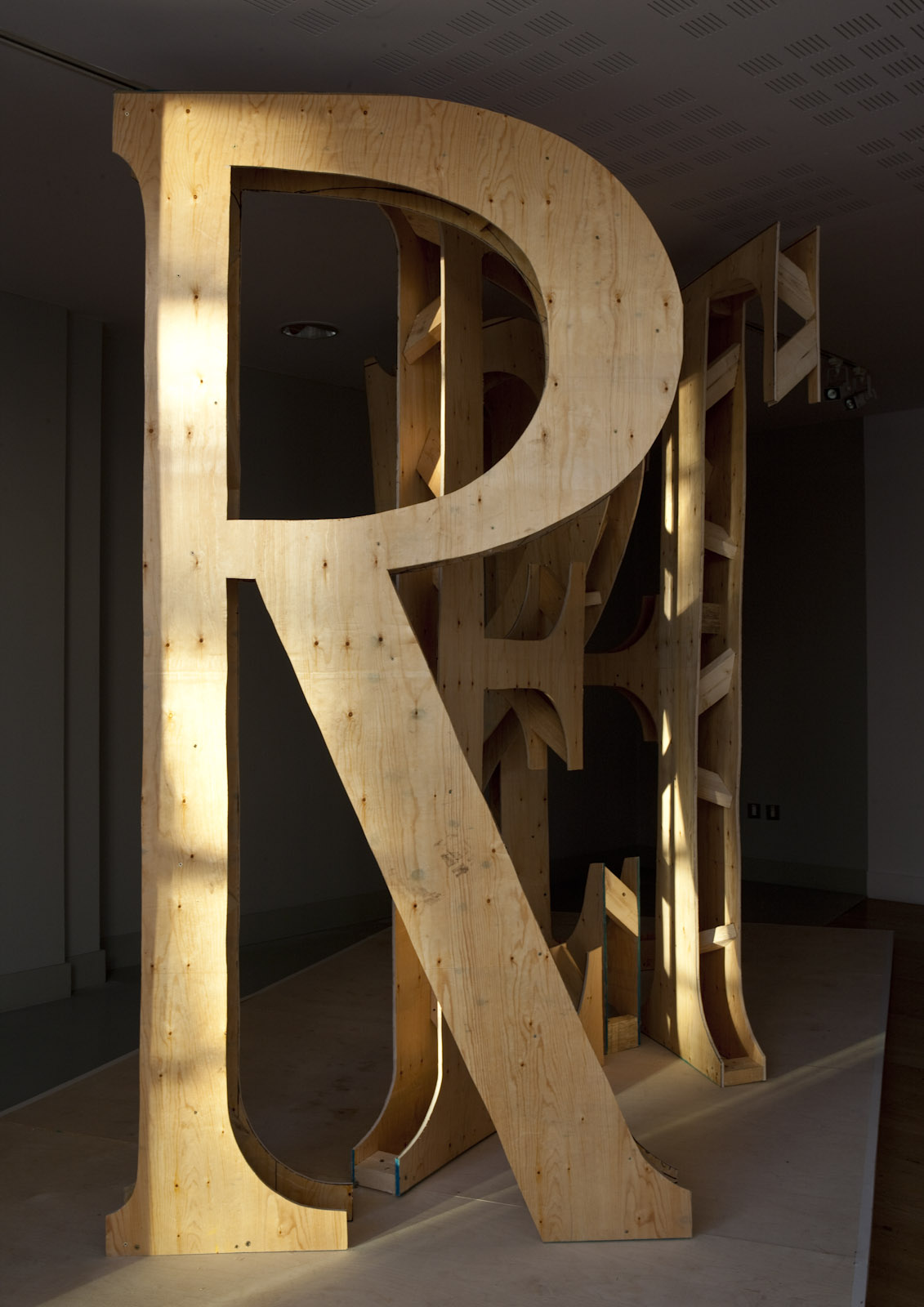 Wittgenstein’s aesthetic paradoxes stage stylized situations in which the dense web of social and linguistic interaction that we observe in daily life has been replaced by slightly absurd and certainly comical performances. [1]

In 1998 Isabelle Graw, in conversation with Mike Kelley, suggested that a disadvantage to his own analysing of his work was to narrow the possibilities of reception, leading her to wonder what was left for the critic to do. [2] As I prepared to review James Merrigan’s solo show at the Mermaid Arts Centre, I was faced with a similar question. Merrigan has written prolifically on art, including his own, over the last couple of years. As I could no more ignore what the artist wrote about his own work than accept it as a privileged interpretation, I eventually sidestepped the dilemma by approaching the texts in the manner Merrigan himself proposed towards his work: as signs to be conjectured with rather than ready-made analysis. [3]

For Low-life Dramas (for late-night radio) the artist was given a free hand with a temporary architectural structure as it was its last showing after having occupied the Gallery for the past 18 months. [4] Merrigan chose to disassemble part of the timber architecture and envelop the rest in white pallet wrap. This Christo-like move, however, operates less as a removal from sight than as added texture: the overlapping of the semi-transparent white plastic suggests a painted surface akin to a stretched canvas. [5] In turn, it casts the structure as a supporting frame rather than a wrapped object – an impression upheld by the evident pains the artist took to avoid using any other means of adhesion than the clinging film (and occasionally failing, as witnessed by the odd staple).

Walking inside the tunnel-like structure, the diaphanous whiteness of the plastic takes on the feel of a cocoon protecting the video nestled in its midst. Merrigan rarely titles individual work, but names the ensemble of the installation – whose stage he generally builds himself although not in this case. Thus the same objects might have different parts – Merrigan speaks of them as ‘props’ – in different videos and installations. He also uses theatrical vocabulary to describe his structures as “scenographic architectures." The artist’s interest seems to focus increasingly on these staging structures, with fewer objects scattered around: in this case the video stands alone.

The video is  – mostly – shot from the front of a car driving into the night on the West American coast; although out of focus passing headlights are all we will see of said coast, as most of the frame is occupied by a GPS screen. We are left to fantasise on such tantalising names as ‘San José’ or ‘Mountain view’ appearing on the schematised road to indicate the next exit. Occasionally a face wearing a Groucho Marx mask flickers on screen – as an out-of-beat subliminal grotesque. The audio narrative accompanying this western journey is set up as several radio programmes one might listen to while driving at night. Using alternatively male and female computer-generated voices – by now surely Merrigan’s trademark – a series of monologues and exchanges are ‘read’ out. The distancing effect of the digitised voice is underscored by the handout accompanying the exhibition on which is printed the screenplay for the video – pointing to its artificiality. The text itself does not pretend to any ‘life-like effect’ as a make-believe imitation of an actual radio show, but rather dramatises some supposedly real-life events on the road with pseudo-anthropological comments on the western as a film genre and on eighteenth-century Dutch banditry.

And then comes a sort of ‘La Jetée moment’: that moment in Chris Marker’s film when the succession of still images connects and for a few seconds past and future come together to be in the moment. In Merrigan’s video, a cut from the GPS screen takes us to a river where a dog is playing and is accompanied by a matching first-person narrative of someone telling of walking a dog by a river in the audio track. The contrast with the claustrophobic nighttime almost-still image suggests romantic ideas of harmony with nature to be had beyond the alienating effect and artificiality of the modern technological world. But then the voice is still digitised. And it is telling us about a ‘make-up’ whose various meaning as a word are explored but in this case turn out to designate a rat-trap. Thus our blissful natural harmony is the foil of a trap: a well disguised – made-up – trap.

This inquisitive search in the meanders of the meanings of words recurs regularly in Merrigan’s work, as well as obsessive repetitions – Horror hardly happens in hellish hillside hickville horror – and the use of clichés, common expressions and idioms. Language is simultaneously approached literally and invalidated depending on the frame of reference. The overly interpretative gallery handout which stands as artist statement / commentary as well as the mock authority of the audio track may be framing games the artist plays with the viewer.

Another work stands askew of the whole structure, and is described by the artist as “His monumental sculptural one-liner". Can’t See the Trees for the Wood is a plywood construction made up of the jumbled letters T, R, E, E and S cut out of plywood – most likely from the discarded parts of the architecture – and positioned vertically on a low plinth. In its pared-down juxtaposition of the rough-and-ready material of the cut-out and nailed plywood with the subtle language paradox, this work maybe closest to Merrigan’s working logic.

As Ludwig Wittgenstein’s writings are a repeated reference in Merrigan’s texts, we might draw some parallels from them here: Wittgenstein posits everyday language as the condition and limit of thought, denouncing what he sees as the abstract language of metaphysical philosophy – the crystalline purity of logic – as empty:

We have got on to slippery ice where there is no friction and so in a certain sense the conditions are ideal, but also, just because of that, we are unable to walk. We want to walk: so we need friction. Back to the rough ground! [6]

– the rough ground being language in its everyday use. This, however, poses the problem of limiting what is thinkable to rule-following. To step outside of this frame of reference, Wittgenstein resorts to jokes, puzzles, thought experiments:

If we use the term paradox to describe this whole rhetorical practice, we can say that paradox in Wittgenstein’s Philosophical Investigations serves to propel thought beyond the limits that it imposes on itself through its own habits of reasoning. [7]

In positing clichés as ‘truths’, Merrigan proceeds in a similar way – for what is more everyday language than clichés? – but, although no stranger to paradoxes, repetitions and other rhetorical games, Merrigan ‘propels thought’ beyond the limited confines of clichés, in embedding them into materials that could be termed infrastructurals – Merrigan’s Fedex Dorothy (2009) comes to mind. And just as Wittgenstein’s investigations into language are motivated by a search for foundations, Merrigan’s repeated use of materials such as gaffer tape, bin liner, plywood, corrugated plastic or pallet wrap – all materials that are not meant to be seen – points to an attempt to stage the ‘make up’ of underlying structures.

Given the overall presence of language in his work, a shift of his practice towards writing is hardly surprising as it offers greater flexibility and the possibility to engage with other artists’ visual ‘language’, but it may also lose that paradoxical tension between ‘invisible’ materials and ‘solid’ language that is at work in his practice.